40K Lore: The Glory of the STC 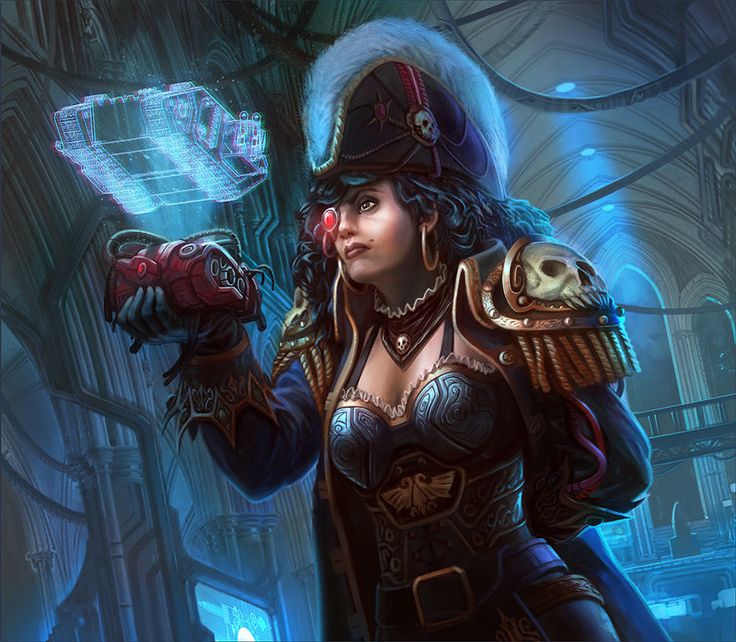 The saviors of humanity are the miraculous machines to which all should aspire, known as the Standard Template Constructs.

Humanity would still be toiling in an age of chaos, death, and strife, and–even with the Omnissiah’s powerful blessings, be limited to a fraction of the power and reach it had achieved without the original creation of the Standard Template Construct systems. Though the Cult Mechanicus decries the dangers of artificial intelligence (which are found at the core of any STC worth salvaging), without them, even the Emperor Himself would not be able to maintain the Imperium. 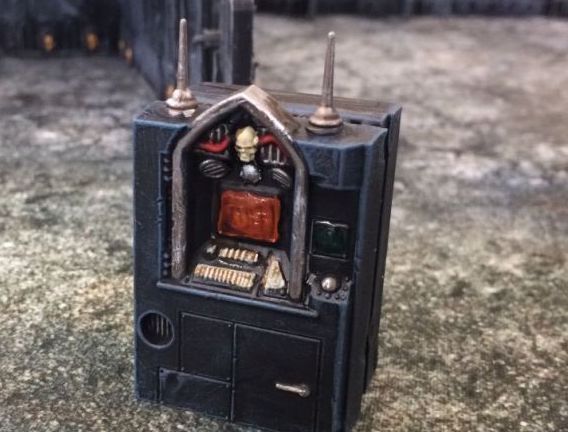 The true power at the heart of the Imperium, the humble Cogitator.

Humanity was once a master of machines, and now we are merely their servants. They endured through the Age of Strife and various Crusades, where the frail husks of humanities were burned away in a cleansing fire. Thus, let us now turn our study to the saviours of mankind–the binharic panaceae, the greatest gift given by the Omnissiah, the Standard Template Construct systems, or STCs.

The Standard Template Construct (STC) systems were complex analytical and processing programs, artificial intelligences, created during the Dark Age of Technology (M21 – M23). They are said to have contained the entirety of human technological knowledge up to that point. Following the Age of Technology, the systems became increasingly rare, until becoming lost entirely. In the current Age of the Imperium, the ancient technological knowledge survives only because it was preserved in STC hard copies.

As you can see, without the foresight of the men and women who devoted themselves to technical knowledge, without the scientists who cared enough about the survival of humanity to entrust their wisdom to machines like the Men of Iron, we would be lost, adrift and bereft in the Warp–or worse yet, elevated by the foul Eldar or slaved somehow to the Greater Good of the Tau. And while their machinery is admirable, it lacks the omnipurpose of even the most basic STC.

A machine that serves only one purpose? Reckless waste of resources!

Created during the Lost Age of Technology, as I’ve come to call it–for this is a time of wonders, not a time of darkness. Yes, it heralds a cataclysmic time–but do we not revere wonders like the Land Raider and the Titans, produced by these machines even now? Do we not say that an Imperator Titan is a holy relic? I submit to you that this Lost Age of Technology should be the new terminology. And it was here that the STCs were created as a way to enshrine the knowledge of our forebears across the aeons.

The Lost Age of Technology saw the original development of the technology the Imperium is now reliant on, which was encapsulated into the STC systems. Along with the creation of Warp Drive technology and the human mutants known as Navigators, the STC systems were one of the major factors in mankind’s expansion outside the solar system and his conquest of the stars. The STC allowed disparate mankind to maintain a standard level of technology. A complete, functioning STCs system was an evolved computer designed to provide construction details for human colonists, enabling them to build efficient shelters, generators and transports without any prior knowledge and using almost any locally available materials. For example, the user simply asked how to build a house or a tractor and the computer would supply all the necessary plans.

Even a fragment of an STC is a powerful enough artefact to be worth at least an entire planet. Consider the case of the Imperial Guard Scouts who discovered an STC that allowed the Imperium to produce a combat knife that was “sharper and lighter and tougher.” They were hailed as heroes for this discovery, and received a planet each. The knife was adopted by 30 chapters of the Adeptus Astartes.

The fragments of the STCs perform much of our thinking for us. This is key and crucial to your understanding. If you learn nothing else from this article, learn this.

During the Age of Strife, the STC systems lapsed into disuse and decayed, becoming increasingly unreliable and quirky. On some worlds they were maintained, but most suffered damage by enthusiastic software specialists or subsequent jury-rigging. Hard copies of the information they contained survived much longer, and were frequently copied and passed down from generation to generation

In the Age of the Imperium, working STCs are practically unknown. The recovery of fragments of an STC or the templates used in one is the primary focus of the Adeptus Mechanicus‘s quest for knowledge. Part of this quest is also to find, collate and utilise STC print-outs. The STC is their equivalent to the font of all knowledge (which is exactly what it was intended to be). Ancient recovered print-outs from STCs are regarded as sacred texts. The Mechanicus strives to recover as much information as possible from them, hoping to find new knowledge, weapons and technologies. Although the most advanced technological information eludes the Adeptus Mechanicus, through their efforts, much has been either recovered or reconstructed through comparison of copies. 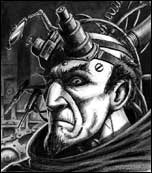 Probably the most significant find of an STC fragment was by Magos Arkhan Land in M31. This fragment contained the templates for the construction of the now famous Land Raider Main Battle Tank, and the Land Speeder, all named in honour of their discoverer. An intact, functional STC is so rare in the galaxy as to be regarded as almost mythical, an impossibility. Nevertheless, even a rumour that such a system has been found is enough to prompt a Mechanicus expedition to locate it.

Ask anyone how to create a Land Raider and they will tell you to consult the STC or shoot you for espionage, or both. But even the most untrained guardsman understands how a Land Raider may be used–even if they do not know how to use the Land Raider, the machine can still think for itself. Take the Land Raider, Rynn’s Might, which waged an autonomous war against the Orkoid hordes and is rightfully hailed as a hero of the Imperium. 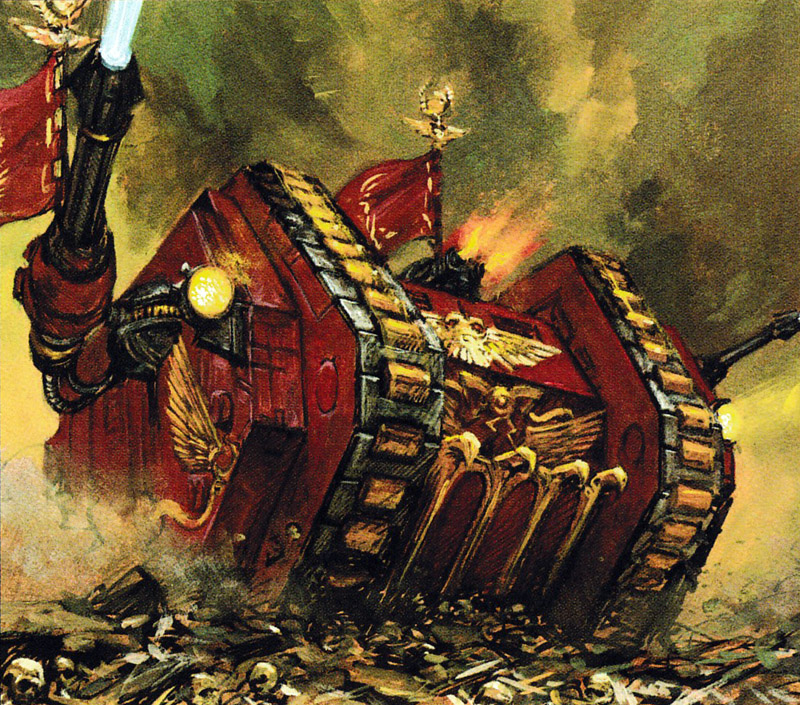 A far better, smarter, and more capable soldier than any Guardsman.

If a working STC could be found, it would revolutionize the entire Imperium. The technologies lost during the Age of Strife would bring humankind back to its zenith of power, pushing the boundaries of the Imperium further, and emasculating the aliens threatening mankind. During the Great Crusade, the STC for the Leman Russ Battle Tank was discovered by the Space Wolves after they had destroyed the Noman xenos. They named the fruits of the STC in honor of their Primarch.

An STC was discovered within the space Hulk Death of Integrity. Archmagos Plosk was able to download a significant fraction of the STC database. This was an uncorrupted STC, but it was insane with grief over the death of its captain. The starship Death of Integrity was one of the last STCs created and was capable of both time travel and intergalactic travel.

Truly, the STC is a powerful piece of technology. And they should be preserved at any cost–how could such a perfect piece of intelligence and construction fall to Chaos? Consider the case of the foolish heretic Ibram Gaunt, who has commited Techno-heresy and should rightfully be condemned to be a servitor. He deserves arco-flagellation and more for his crimes. Death is too good a fate for this traitor. 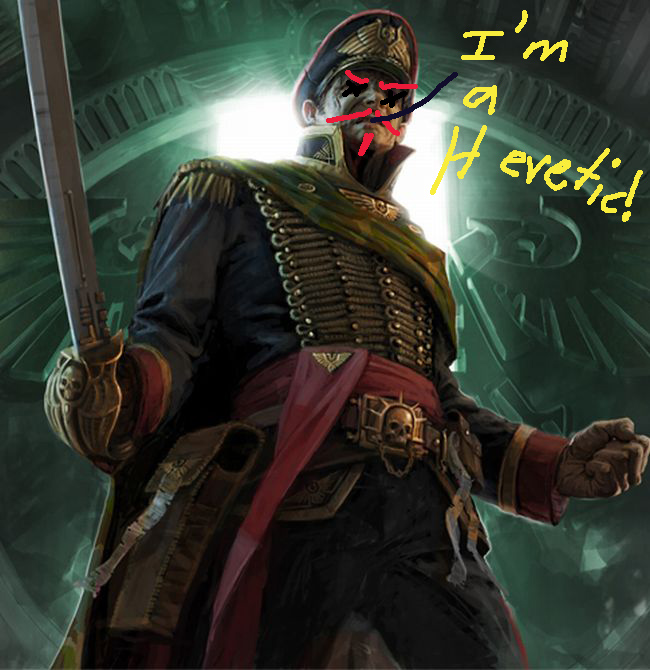 You see an STC that produced Men of Iron was discovered on the planet Menazoid Epsilon during the Sabbat Worlds Crusade by the traitor. Lord General Militant Hechtor Dravere and the Radical Inquisitor Golesh Heldane were intent on seizing control of the device, believing they could create an  army that would be capable of liberating Mankind from its shackles, allowing humanity to reclaim the galaxy as it was meant to. Gaunt, however, vehemently resisted the use of artificial intelligence, and proved to be a short-sighted fool who should be condemned to damnatio memoriae.

Suffice it to say, we owe everything we are to these machines which protect us and keep us safe, as is the will of the Omnissiah.

Author: J.R. Zambrano
Bell of Lost Souls Staff Writer and DM, J.R. covers RPGs of all stripes and on occasion eats sandwiches. You can ask him about either at [email protected]
Advertisement
Adeptus Mechanicus Lore Warhammer 40k
Advertisement