40K Lore: Xenarites Of The Mechanicum

Today, Loremasters, we talk about a darker chapter in the Adeptus Mechanicus.

The Adeptus Mechanicus represents the best and brightest hope for humanity. It is they who forge the machines that protect our worlds, and who keep the armies of the Militarum bristling with firepower enough to deliver the Emperor’s Justice across the galaxy. But even they, who in their infinite wisdom have seen fit to render our last two Loremasters into battle-servitors, are imperfect.

Xenarites are those priests of the Mechanicum who have fallen prey to the siren (or syren) song of the artefacts of the Xenos. They have given themselves over to eccentricity and fallacy, and in the wake of their obsession with Xenos technology have come into conflict with loyal and upstanding members of the Cult Mechanicum, as well as those most fervent and merciful and benevolent and ubiquitous of the Emperor’s servants–the Inquisition.

The Xenarites are a radical and secretive sect within the Adeptus Mechanicus who focus on studying and using alien technology.

The members of this group are absolutely dedicated and devoted to the exploitation of Xenos artifacts; an act that their brethren find offensive. Aware of this apathy towards them, the Xenarites undergo a series of covert studies which involve dispatching Techpriests to alien sites in order to retrieve or study artifacts which are later brought to Forge Worlds for study as prescribed by doctrine.

Due to the nature of their role, Xenarites are known to face resistance from local aliens or end up in a fight against an Inquisitor or even their fellow Techpriests. As such, conflicts against Imperial forces is not unknown and has forced the sect deeper underground where they conceal evidence of their activities as well as heavily defend their study sites. Indeed, the famed Inquisitor Kessel once stopped a group from reactivating an Eldar Wraithlord by mustering a force of Skitarii, including his future warrior band member, Logan Storm.

Again–you can clearly see the folly of their choice. They conceal their activity–the innocent have nothing to hide, the guilty have everything to fear. Especially the Emperor’s mercy, which is the only way to deal with these fanatical heretics. Or are they more heretical fanatics? I suppose it depends on the Xenarite. Regardless, there are a few well-known ones, who, though I think should be subjected to damnatio memoriae, are, I suppose a fine example of what not to do.

Presented as cautionary tales, here are the stories of Hieronomus Tezla and Callias Rhoda: 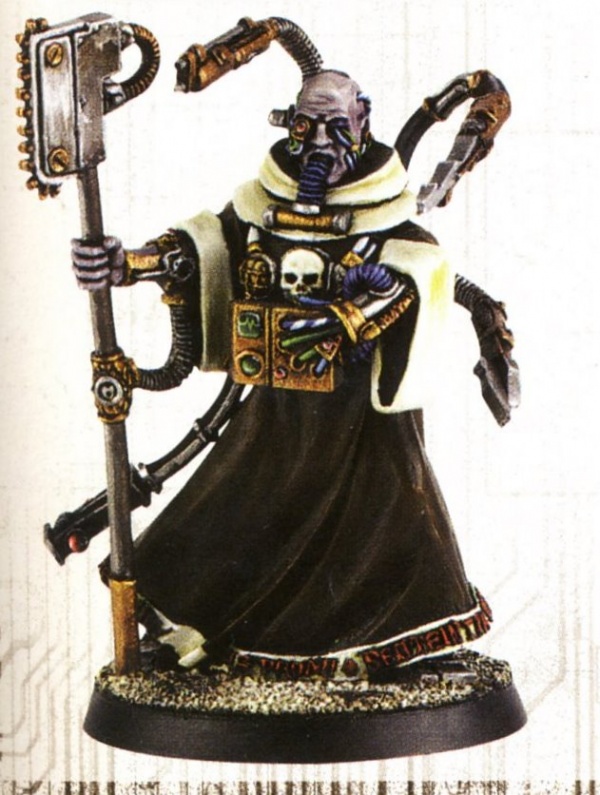 Tezla was trained on the Forge World of Stygies VIII as a Runic Priest. Runic Priests specialise in certain branches of scientific lore which are frowned upon by the more mainstream branches of the Adeptus Mechanicus such as intuitive mechanics, speculation and improvisation.

Tezla excelled in these areas and was recruited into the ranks of the Xenarites before his training was even completed. The Xenarites specialise in the study of Xenos technology and Tezla rapidly became an important member of their sect, showing a natural talent for locating and studying alien artefacts. His examination of a crashed Fra’al spacecraft in the Tamahl sector and his subsequent etheric-plasma theorums won him great renown amongst his peers. Similarly, his studies of Ork power field generators on Polaris are considered to be the authoritative texts on the subject.

Recently Tezla’s interests were drawn to the Eldar Maiden Worlds of the Halubra Fringe. He was last heard of leading a heavily armed force of servitors to the moon of Eldrathon IV where he hoped to discover a buried Eldar warp-portal. He was also known for carrying a “Temporal Phase Distort Generator” – a unique piece of equipment, built from ancient Necrontyr technology, which rendered Tezla partially insubstantial and therefore impervious to harm, although at the risk of malfunction which can inflict great pain and injury upon him. Doubtless, this has certainly killed him in some poetic explosion of justice. I like to think he’s been devoured by a Necron. 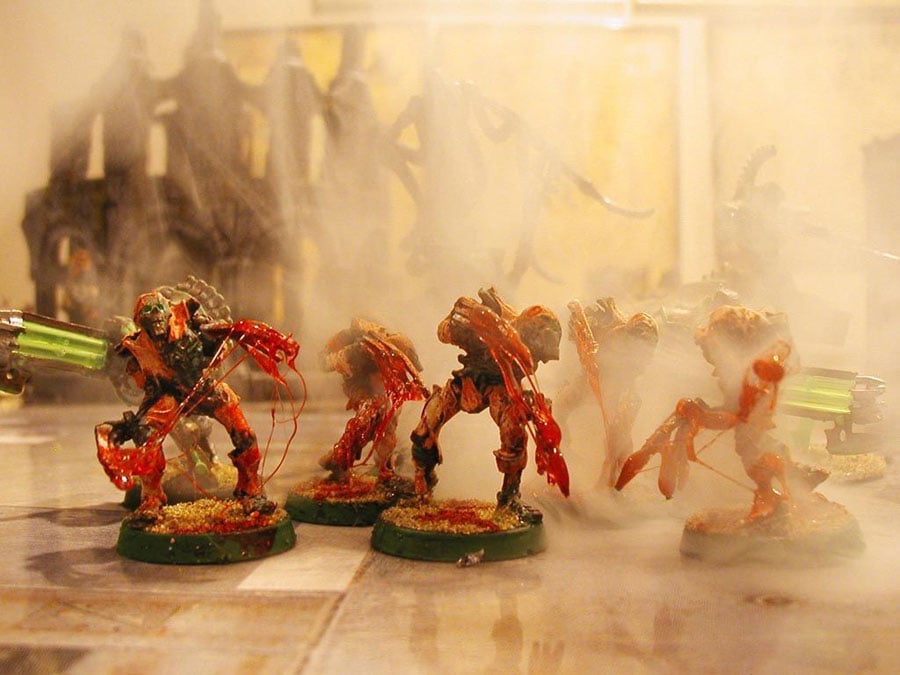 As for that other corrupt bit of data from the Mechanicum’s otherwise immaculate records:

Callias Rhoda is a Xenarite Tech Priest from the Forgeworld Stygies VIII, who is close peers with the Magos Dominus Hyperion Ismene Themis IV. When Callias learned that Hyperion was journeying to the world Tarnagua, to search for ancient weapons and wargear, he gave the Magos two Kastelan Robots (named Axiom-88 and Rhombus-4), led by the Datasmith Galenos, to aid him; which Hyperion gratefully accepted. However, the Xenarite is still the master of Galenos and any data and information that Hyperion discovers on Tarnagua, is being secretly transmitted by the Datasmith back to Callias.

Or at least, it was. I imagine by the time this knowledge has made it to the public eye our INquisitorial forces have mopped him up and given him the old Agripinaa Shuffle.

So let that be a lesson to you all. Xenos technology is but one of the seven hundred and sixty two different ways a man can forever damn himself and earn the ire of those who watch.

…this is the first time we’ve had a Loremaster make it through one of these in a while. Here’s hoping it lasts.