Check out the new Deathshroud and Blightlord terminators, and a closer look at the new Typhus Model.

With the release of the Death Guard, we’ve got a chance to see some of the new stuff all painted up and ready to go to town. Jes Bickham has done a lovely job of painting these blightboys up, so come check them out!

First up, let’s check out the Deathshroud Terminators, Mortarion’sChosen Bodyguard.

With their scythes and cowbells (the only known cure for a particularly feverish Nurgle affliction) they are ready to tear up a unit that they get close to, or soak up a Volcano Cannon hit for the boss man.

Next we have the Blightlords, who are bloated and blighted and full of plague pustules, bubos, and slime.

They look super pretty though. I love the fact that their armor seems to have warped as well, that guy 2nd from the right looks like his armor has become more like an insectoid carapace. And you may be noting that this isn’t the studio’s paint scheme (after all that plague smoke is a radioactive, sickly green, not a plague-ridden pale-blue) but it really shows off the bulk of these models. Nurgle’s blessings have been given. 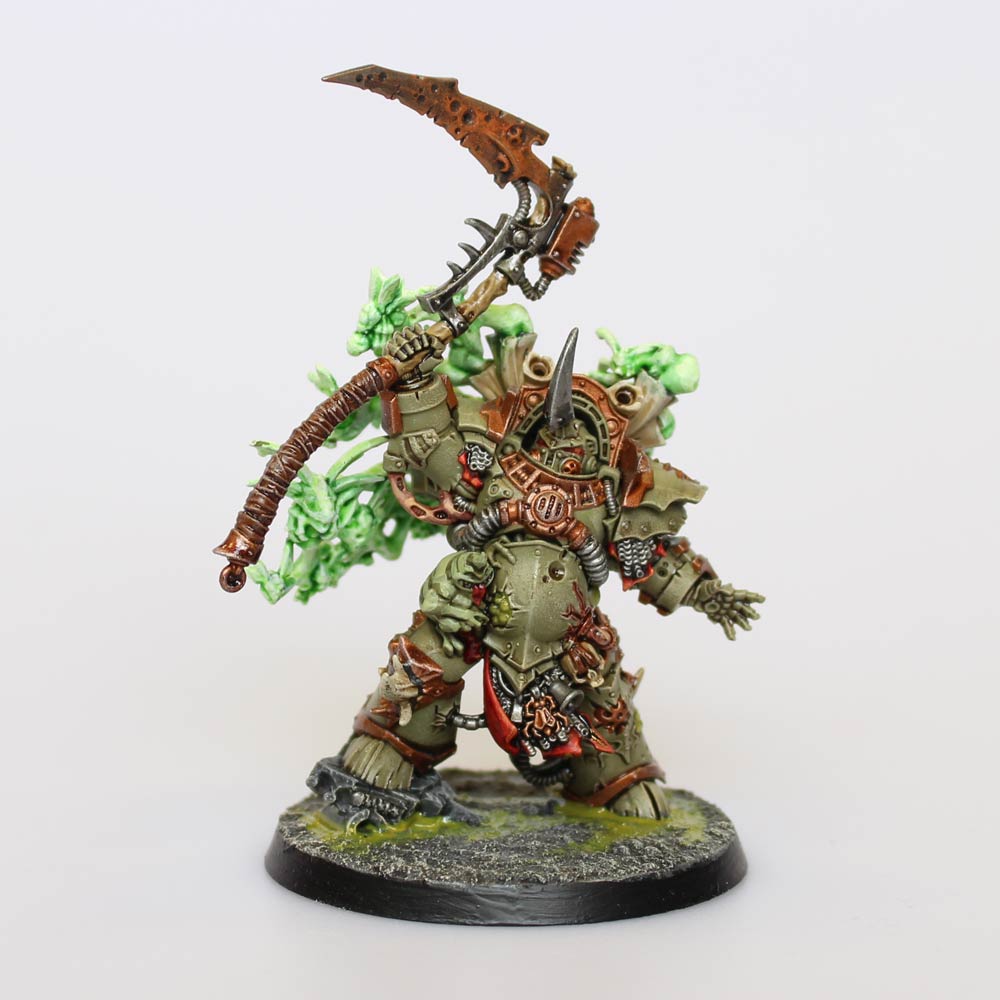 This big, hefty boy is here in all his glory–look at his hoofed feat, and the plague pustules bursting through his heavy, archaic looking armor. His scythe looks just as likely to give you tetanus (and kill you) as it is to behead you (and kill you). 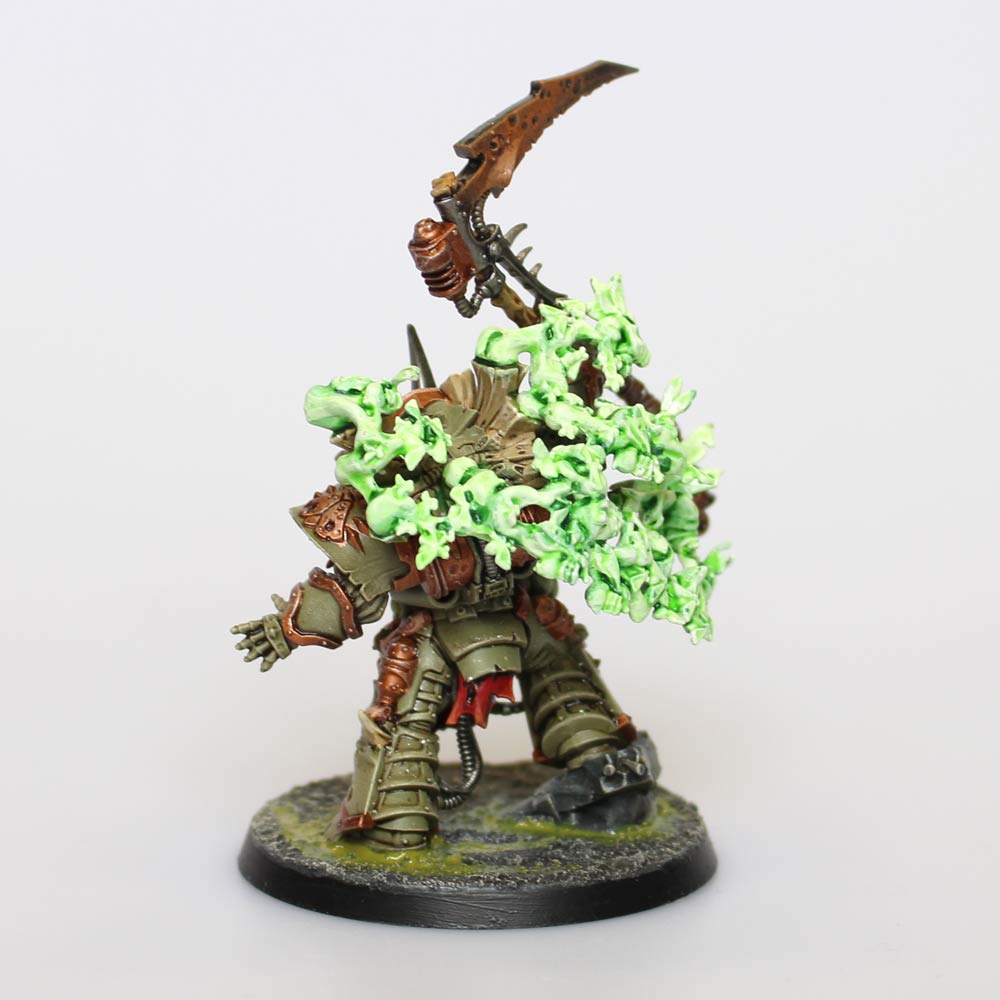 And from the back, you really get a good sense of the detail on this model. The plague smoke looks gorgeous–like some kind of diseased coral reef just hanging out from the back. It’s delicate–but–the effect of Typhus steaming ahead is just killer.

At any rate, that’s the Death Guard for you.

Stay tuned for our pumpkin themed conversion of these guys–the Death Gourd.

Author: J.R. Zambrano
Bell of Lost Souls Staff Writer and DM, J.R. covers RPGs of all stripes and on occasion eats sandwiches. You can ask him about either at [email protected]
Advertisement
Death Guard Games Workshop Miniatures Warhammer 40k
Advertisement 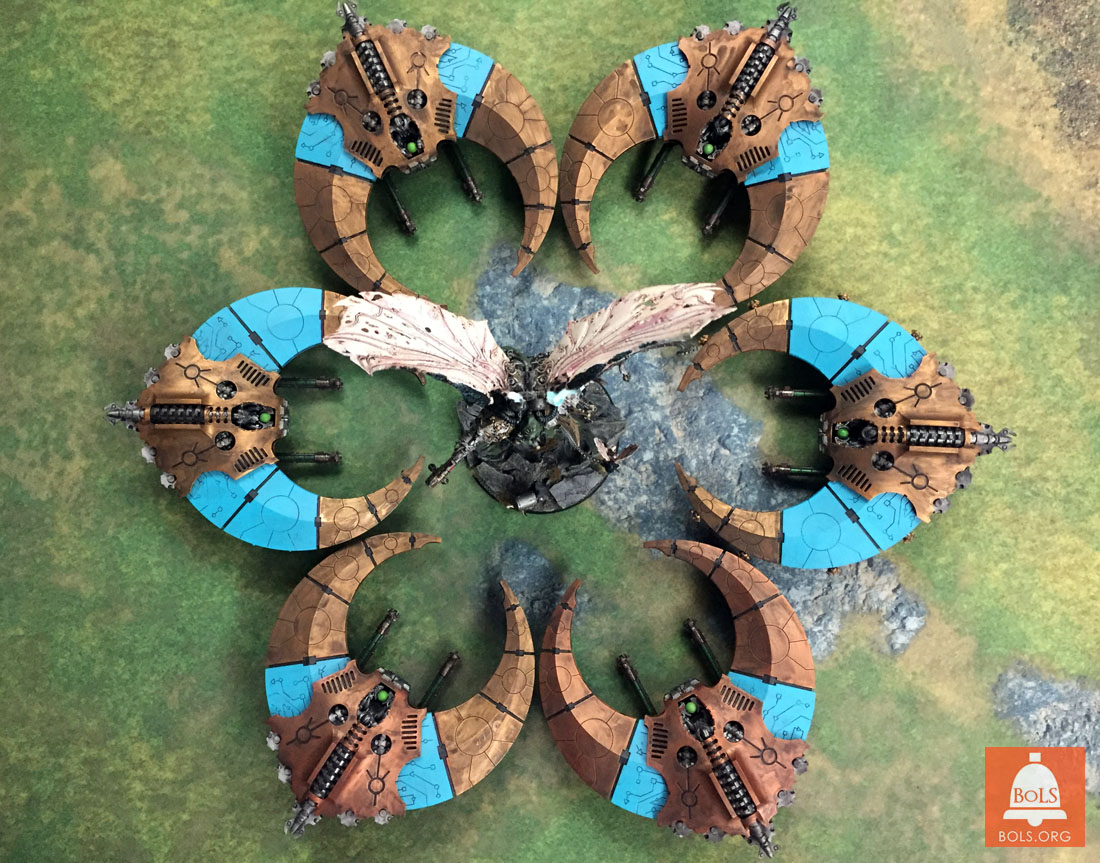