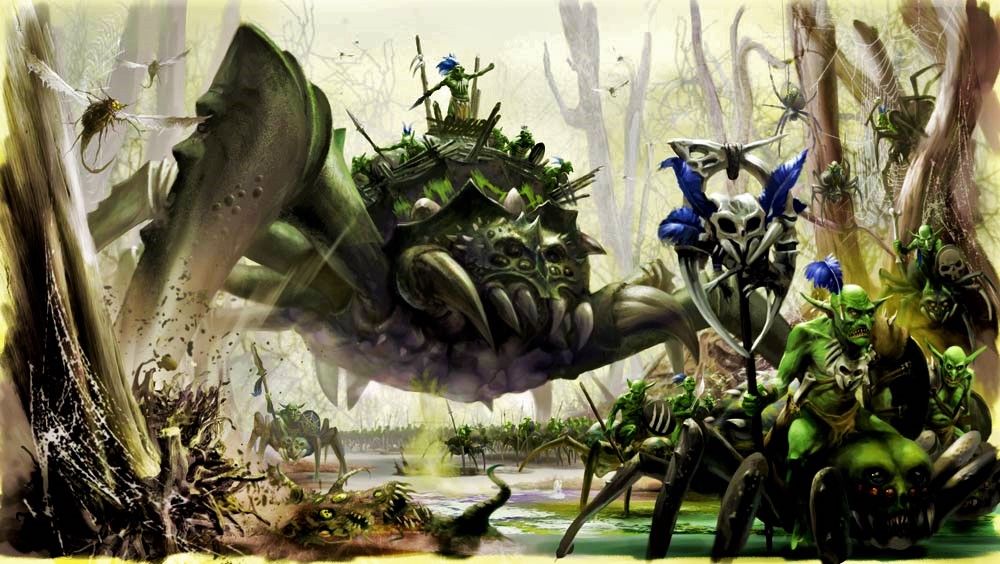 Age of Sigmar has been getting some fun rules-love all week. Monster Week has basically been a full supplement of bonus rules that the Warhammer Community Team has produced. This has ranged from “Legendary” Beast Upgrades, to free Battleplans, to special Triumphs, new Command Abilities & Magic, and finally fancy new Artefacts to use in your games as well.

All-in, it’s a 17 page supplement that you can download for FREE. 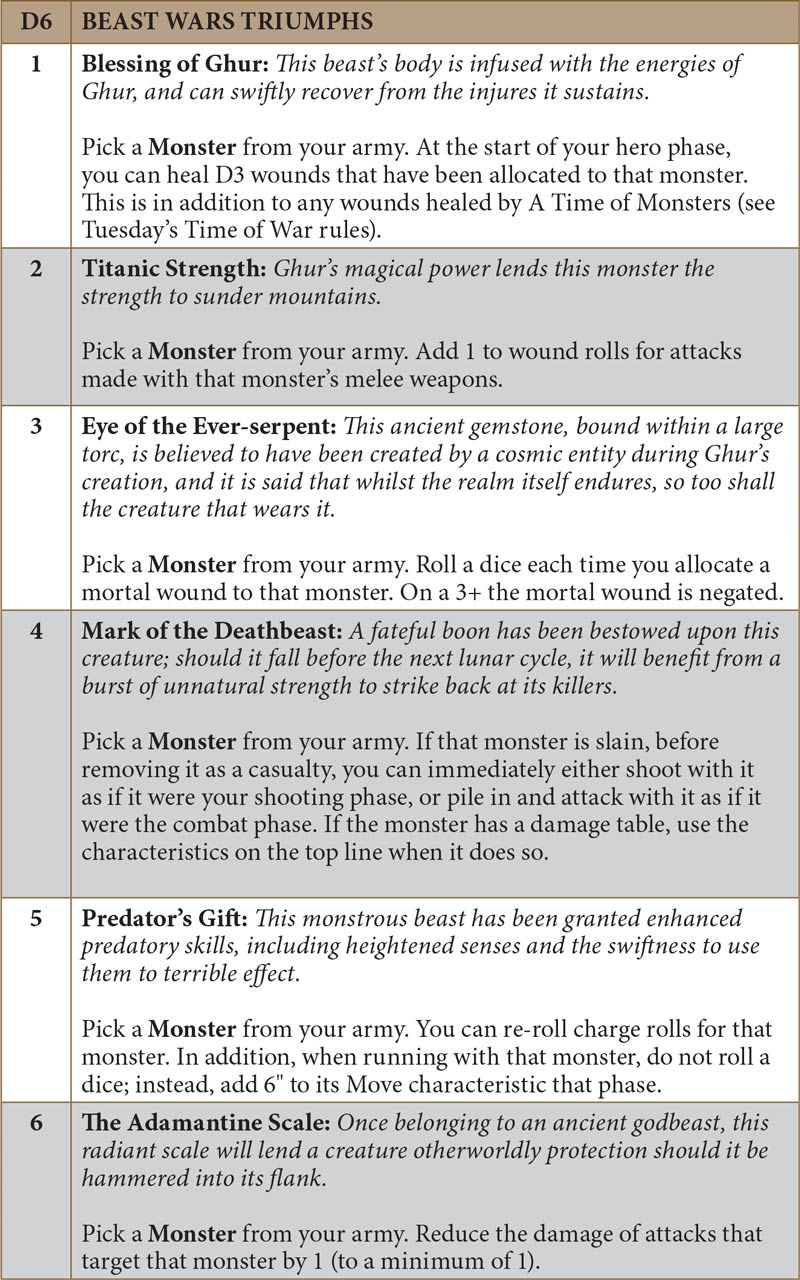 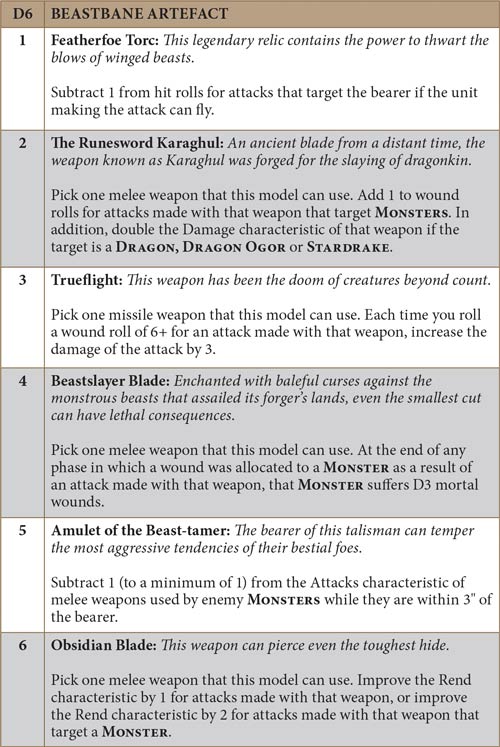 Monster Week might not seem like much to the casual observer, but thinking back I can’t really recall a time when Games Workshop just released what amounts to a free supplement’s worth of rules – outside of a global campaign, FAQ/Rules update, Errata, or a “boxed” game. No – Monster Week was just an out of the blue “Hey AoS Fans, here are some free rules to play around with” release. That’s actually kind of cool!

Monster Week also featured Ghur, the Realm of Beasts, pretty heavily. Hopefully, the other realms also get the spot-light and get custom mini-supplemental rules to go along with them. I could see folks using these rules to create their own custom campaigns and heroes as they play through them. Talk about some cool narrative-building additions!

Maybe Rules for the Land of Death next?

I’m not sure if these rules will ever be used outside of Narrative or Open Play, although I think the could easily be added/adopted into Matched Play. That said, I’d still like these all-digital supplements to be a regular thing from Games Workshop. They are neat additions and help change-up the game or at least give folks some alternate ways to enjoy the game they love to play. That’s never a bad thing in my opinion because, hey, they are optional!

The possibilities with these digital supplements are wide open. Games Workshop could extend these types of things over to 40k pretty easily as well. Maybe they will create a supplement for fighting on a Death World like Catachan! Imagine what crazy Warlord Traits a place like that could breed… Then again, maybe this was just a “wild hair” moment for the design team and they just wanted to see how it would go. If so, I hope the results have been encouraging and it motivates them to try it again.

So what do you think of this week’s Monster Week of rules? Would you like to see more of these “digital only” free supplements or would you rather see the effort directed at a larger or more “analog” supplement?