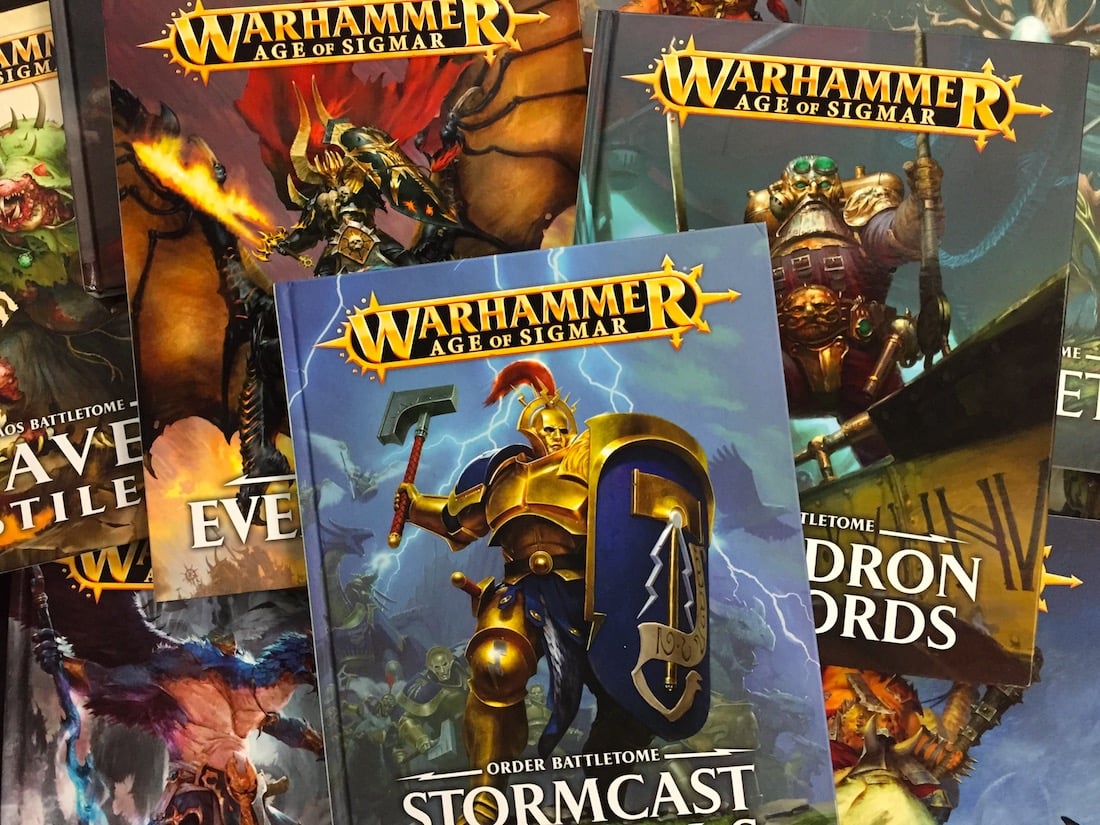 Age of Sigmar sure does have a ton of lore, even if the Internet doesn’t tend to think so.

Write up any article about the Age of Sigmar, and you’ll find people coming out of the woodworks to mention how much they prefer Warhammer Fantasy. Oh sure, it’s selling well and getting lots of support and love from GW, they’ll say, but if they’d done that for WHFB it would also be doing well–casually implying that anything GW sets its mind to is automatically successful while simultaneously also being a money-grab, a slap in the face to loyal fans, and the utter ruin of their fun, which is no easy task. So kudos GW for being able to pull off so many seemingly paradoxical moves at once.

But the one complaint that seems to bubble to the surface more than anything else tends to be all about the lore. Just a warning, we’re going to be dealing with internet comments here, so you might want to put on a hazmat suit. You know. Just in case.

We’ve got some insightful comments here. Now I can’t speak to anyone’s taste and ability to suspend their disbelief–but there’s a very real sentiment that there really isn’t a ton of lore to the Age of Sigmar setting.

It’s interesting to me that this idea continues. Sure, maybe there isn’t the same depth of the lore that Warhammer Fantasy had when the End Times showed up and told everyone that they were no longer allowed to have fun, and that all those years and memories of the times that they’d had fun were to be rescinded, all those moments lost in time, like tears in Rain. But Age of Sigmar is only two years old, and… 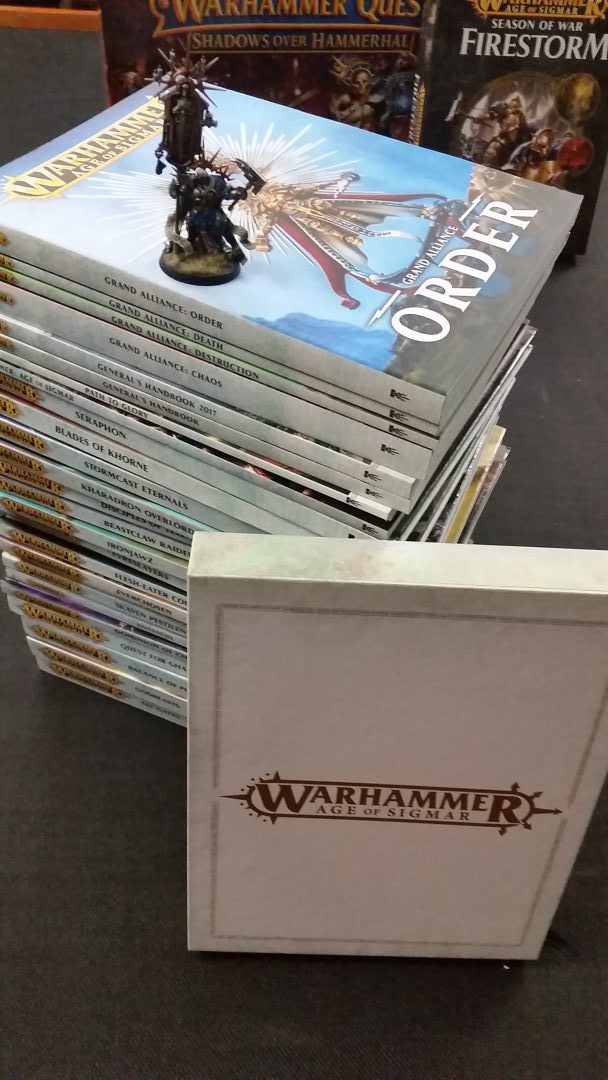 By contrast, here’s what Warhammer Fantasy looked like when it was only two years old. 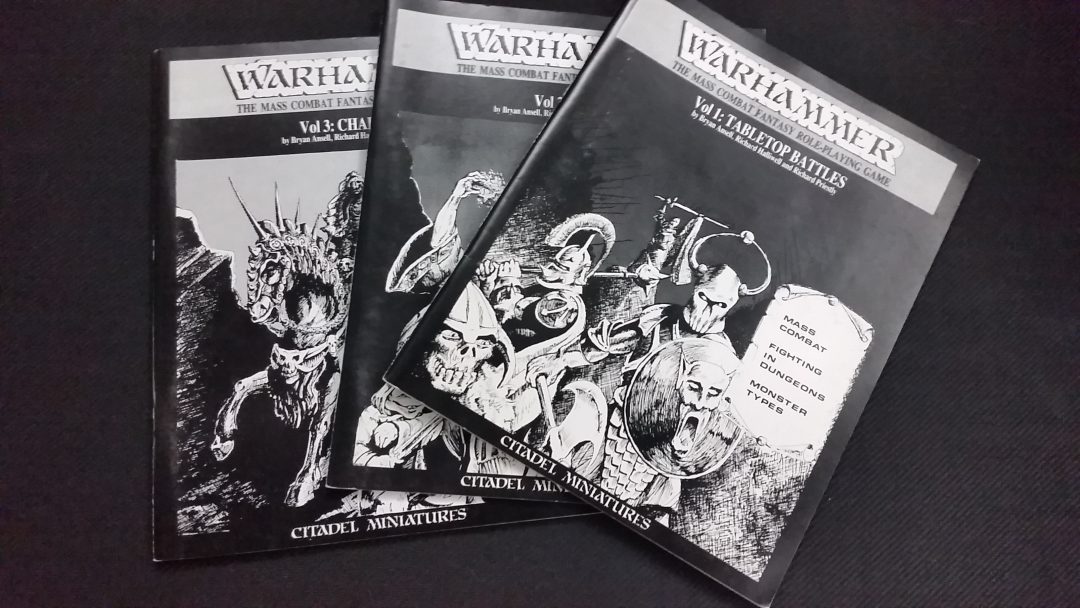 I think we can safely say that there’s a ton of lore here. The world is this unusual amalgam of the high magic that permeates GW’s narrative ethos, mixed in with influences like Planescape–after all the whole world is broken up into eight different planes that are connected via various gates. There’s Azyr the Realm of Heavens, Aqshy the Realm of Fire, Shyish the Realm of Death, Ghyran the Realm of Life, Hysh the Realm of Light, Ghur the Realm of Beasts, Chamon the realm of Metal, Ulgu the Realm of Shadows, and Chaos which everyone knows about.

Each of these Realms is somewhere between a continent and a world unto itself. As the game continues, more and more detail about the various realms comes out. With the release of Firestorm, we get a little more insight into what life is like in the Flamescar Plateau over in the world of Aqshy, which has several great cities. Everything is sort of cast into this post-apocalyptic haze where Chaos has been allowed to run unfettered and free. Age of Sigmar is about returning to the mortal realms–but one thing that stands out is that while Sigmar is leading the charge–they’re finding that people have sort of made do in the meantime.

The worlds of the Age of Sigmar ares full of cities, citadels, peasants, gods, monsters, and weird celestial dragons and daemons, all scrabbling for existence in the midst of being besieged by Chaos. You get massive dreadholds and heroic battles and things. But:

Nevermind the cataclysmic irony in saying that Warhammer bumps shoulders to a lesser extent with Tolkien–I mean, sure, yeah it’s pretty easy to bump shoulders with something when you are “heavily influenced” by these stories full of elves and dwarves and halflings uniting with and being led by humans to destroy a force of all consuming evil. There are very clear differences between the two. After all, in Warhammer Fantasy the High Elves live on their own island removed from the peoples of the world.

Whereas in Tolkien’s world, the Elves live on the shores of Valinor, removed from the mortal world and can only be reached by sailing across the unbroken sea, and also they set their magic gem forever adrift amongst the stars in a ship of glass and steel raised atop a column of flame, because the Elves have their own spaceship. So yeah. Bumping shoulders with.

But there’s no denying Warhammer Fantasy did have a ton of lore. It had the grand cities of Altdorf and Mordheim and Marionburg–and Age of Sigmar has its Tempest’s Eye and Hammerhal and so on. Even in the Old World it’s sort of always been about finding bastions of civilization amid vast stretches of the map where there be monsters. 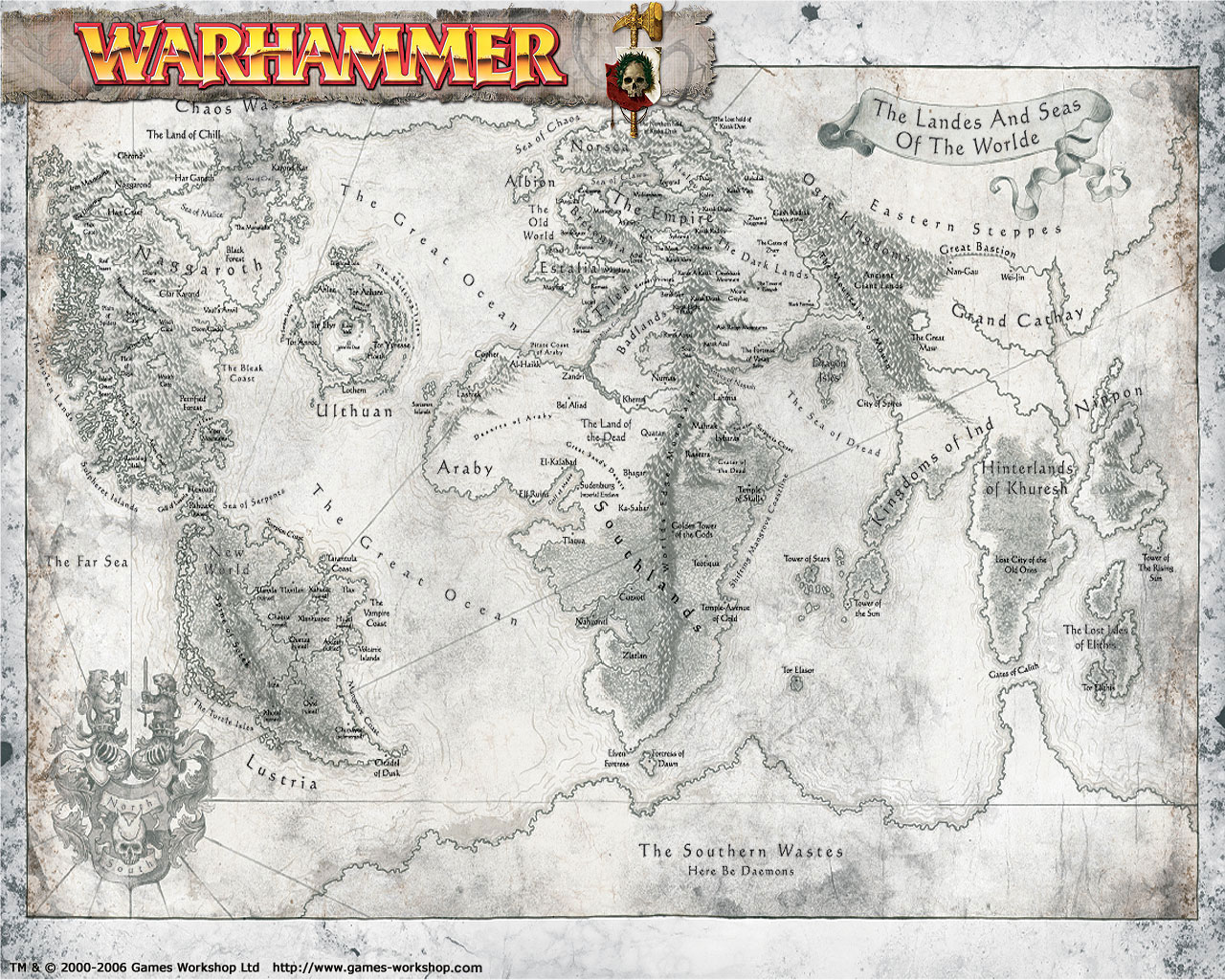 Which, that’s the other thing that Warhammer had fueling its lore. It was this half-Tolkien, half-gothic fantasy Middle ages mishmash that was as influenced by history as it was stories of the Numenoreans. WHFB’s Dwarves were the same Dwarves that we’ve seen in everything ever. They hold grudges and are good at mining. The Bretonnians are just Arthur and Roland sort of recast–and I’m not saying that’s bad. I love both of these things–but a lot of how rich something feels is accomplished because there are these ‘cultural shortcuts.’ The work of filling in what the peoples are like is handled by saying, “these guys are from Estalia” and knowing that you’re dealing with Spanish knights, exaggerated for Fantasy. Everyone does that. Dragon Age, Tolkien, everyone–those short cuts are just one or two steps removed in Age of Sigmar.

Instead of seeing the immediate parallels between our world and this one, we get crazy sky-dwarves who, while they are still miners, are also merchants and pirates and mercenaries and so on. I guess what I’m getting at here is this: the Age of Sigmar is one of the most original properties GW has ever developed, and I think it’s fantastic. They’re in literal uncharted territory here, having to fill in the map by creating things anew. As more lore comes out, we get to see a little more of what makes the Mortal Realms different.

And in my mind, it’s what makes them better. Age of Sigmar is GW’s property, sure, but it bears heavily the influence of the last 30+ years of development in terms of the fantasy genre. Fantasy stories have come a long way since Tolkien–flipping through the lore, you can see where they bear the influences of Sanderson or Hurley or Scalzi. The world feels different, the way that battles are fought feels different. I hope to keep seeing the lens get a little narrower–the new city alliances in Firestorm which have forces like Darkling Covens and Dispossessed and Scourge Privateers all mixing together–that opens up new realms of possibilities to explore. We’re going to be getting an AoS roleplaying game soon, and will no doubt see more of the Realms fleshed out. Your mileage will no doubt vary, but, whatever you may think–AoS has plenty of Lore to play around with.

What do you think about the Lore in the Age of Sigmar?

Author: J.R. Zambrano
Bell of Lost Souls Staff Writer and DM, J.R. covers RPGs of all stripes and on occasion eats sandwiches. You can ask him about either at [email protected]
Advertisement
Age of Sigmar Editorials Games Workshop Warhammer Fantasy
Advertisement 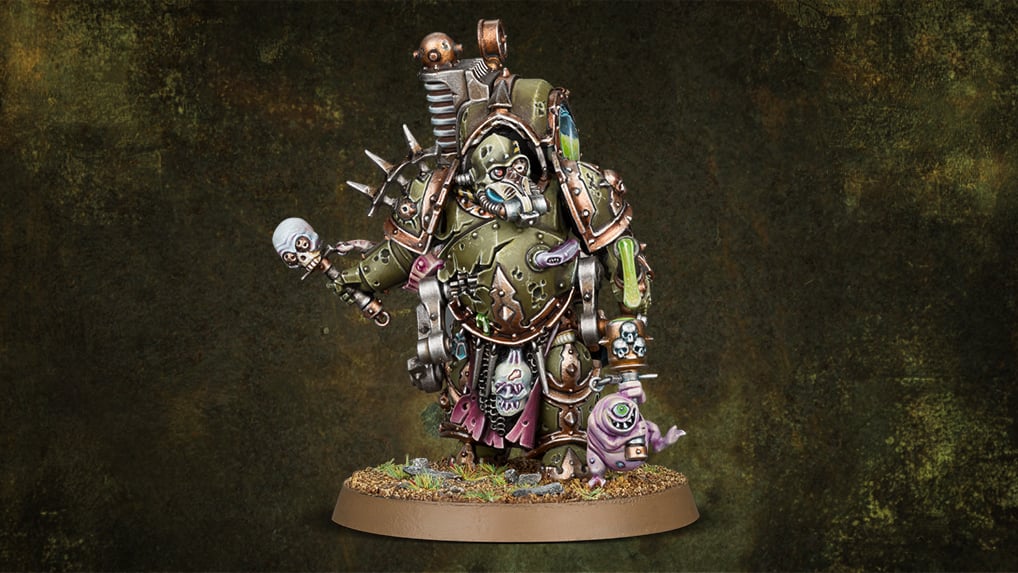