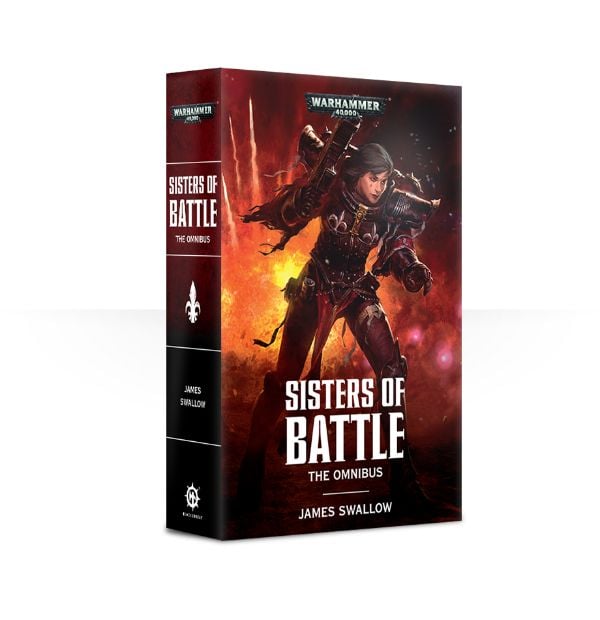 Two omnibus editions – 40k and Sororitas, plus what’s Mephiston been up to?

GW must love to party–even more than the Vengaboys, because not one but two omnibuses are coming. And everybody’s jumping. So whether you’re in New York or San Francisco, you’d better get ready.

Adepta Sororitas Sister Miriya and her comrades hunt renegade psykers, battle the ancient might of the necrons and investigate a world newly discovered by the Imperium in three tales of the Sisters of Battle by James Swallow.

READ IT BECAUSE
The Sisters of Battle are a perenially popular part of the Warhammer 40,000 universe, and these classic stories – plus a brand new addition – showcase them doing what they do best – hunting heretics and safeguarding the spiritual welfare of the Imperium.

DESCRIPTION
The Adepta Soroitas, or Sisters of Battle, are the military arm of the Ecclesiarchy, and their remit is to prosecute the enemies of mankind with extreme prejudice. Uniquely among the fighting forces of the Imperium, all the warriors of this organisation are female. Clad in ceramite power armour and armed with and awesome array of wargear, they fight with fanatical fervour for the glory of the Emperor, scourging both xenos and heretic alike with bolter and flamer. This omnibus collects together James Swallow’s two classic Sisters of Battle novels, ‘Faith & Fire’ and ‘Hammer & Anvil’, along with the prose version of the audio drama ‘Red & Black’ and a new short story ‘Heart & Soul’, both available in print for the first time. 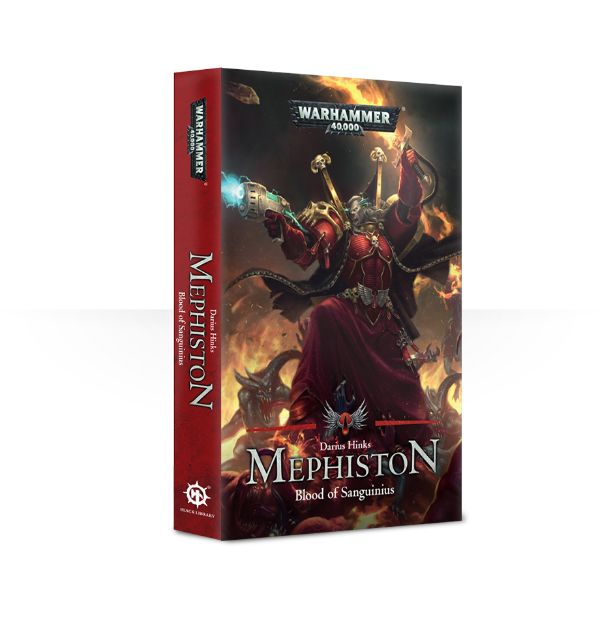 A religious civil war brings the Blood Angels, commanded by Chief Librarian Mephiston, to a shrine world where they find a mystery that might help Mephiston understand how he survived the Black Rage – and perhaps cure the Blood Angels of their affliction.

READ IT BECAUSE
It delves into the curse of the Blood Angels and how Mephiston survived it, while also exploring notions of faith and the influence of the Emperor on the Imperium of the 41st millennium. 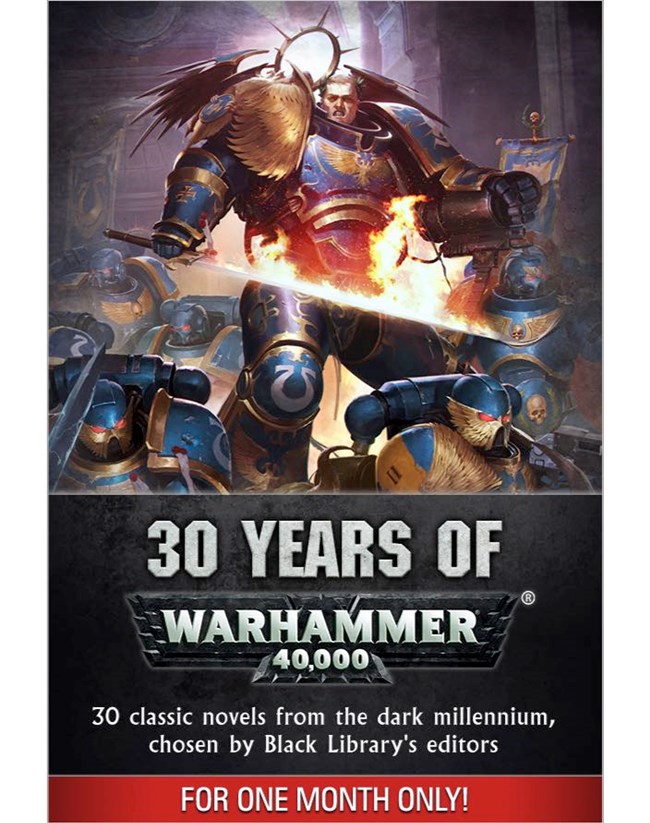 Celebrate three decades of the grim darkness of the far future with thirty novels, chosen by the Black Library editors! Immerse yourself in the Imperium and enjoy thirty amazing stories with this great value bundle.

READ IT BECAUSE
“It’s thirty years since the release of Games Workshop’s iconic Warhammer 40,000, and what better way to celebrate than give our fans the opportunity to buy thirty of the best novels Black Library has ever published at a special knock-down price?

Since the late 1990s, Black Library has remained true to its mission statement – to create the best, most entertaining and well-written SF and fantasy stories, all set in the wonderfully rich worlds of Warhammer. From the earliest tales of Commissar Gaunt and the Tanith First and Only fighting Chaos in the Sabbat Worlds, and the history of Ragnar the Space Wolf, we have published hundreds of novels and short stories that have all entertained, and captured the imagination.

In this collection you’ll find Warhammer 40,000 stories old and new, stories that kicked off some of our most popular series, and one-off stories that totally broke the mould. There’s lots of fighting, but there’s plenty of mystery too, especially when the Inquisition gets involved. It’s a great opportunity to read some classics you may have missed, or acquaint yourself with a new author you’ve maybe not tried yet. And it’s not all about Space Marines – there are tales of aeldari (though you’ll find them called eldar in these books!), the Astra Militarum, Titans, and more.

The Black Library editors who made this selection hope you enjoy reading the books as much as they did, and would like to take the opportunity to thank all the talented authors who worked so hard to create them.”

DESCRIPTION
In 1987, Games Workshop unleashed a new tabletop battle game upon the world… Warhammer 40,000 was born, and with it a universe that over the thirty years of its existence has become beloved by millions worldwide. Now, to celebrate that universe, the Black Library editors have chosen their favourite thirty novels set in the grim darkness of the far future, and collected them together into this astonishing value collection. Download it and immerse yourself in the universe, the characters and the all-out war of Warhammer 40,000.

Author: J.R. Zambrano
Bell of Lost Souls Staff Writer and DM, J.R. covers RPGs of all stripes and on occasion eats sandwiches. You can ask him about either at [email protected]
Advertisement
Black Library Books-Novels Games Workshop
Advertisement 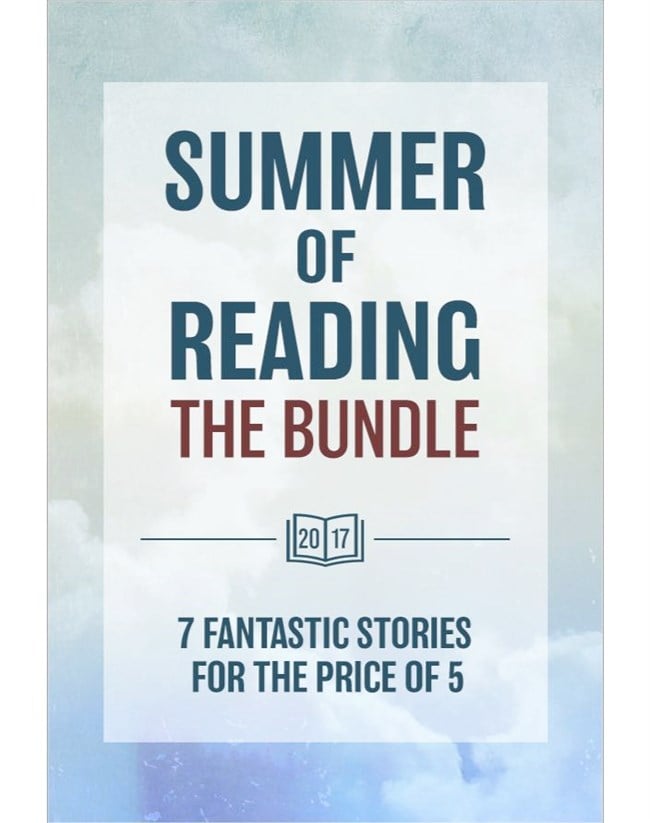