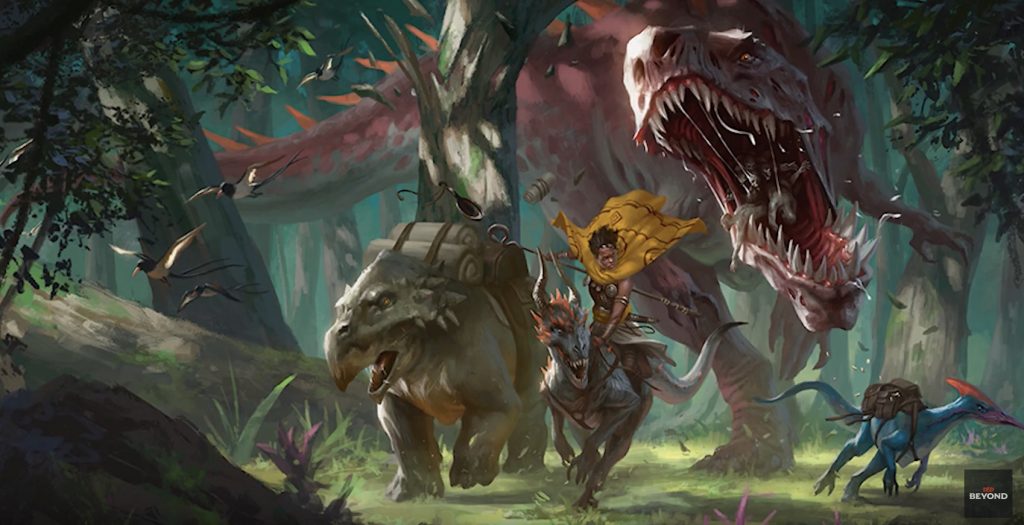 The jungle-haunted peninsula of Chult will soon see an influx of adventurers from around the realms–and around our world. Acererak beckons, shadows loom on the horizon, and a wasting death curse grips the very souls of everyone. Hero or villain, adventurer, peasant, conqueror, king–all are stricken by a curse that shall lay claim to their very souls.

To free themselves from this affliction, heroes from across the Realms will have to brave the dangers of Chult, needing a guide to help lead them into the uncharted regions–but Nyanzaru itself is full of schemers, con artists, swindlers, merchants, thieves, and of course, mysterious beasts.

And I don’t know about you, but I’m excited to dive into this story. Wizards is pulling out all of the stops on this one. This adventure feels like something else. Tales from the Yawning Portal had a lot of classic D&D flavor mixed in with the modern iteration of the rules. Volo’s Guide to Monsters breathed new life into classic foes. But Tomb of Annihilation feels different–there’s a love of the game that seems steeped in the very core of this adventure. It isn’t just about the structure of the adventure (which seems phenomenal) or about the community that’s coming together to take part in this adventure. It’s in the design of the exotic fantasy locales

In the monsters and you’ll have to fight.

Of course here are also zombies in the monsters you’ll have to fight. 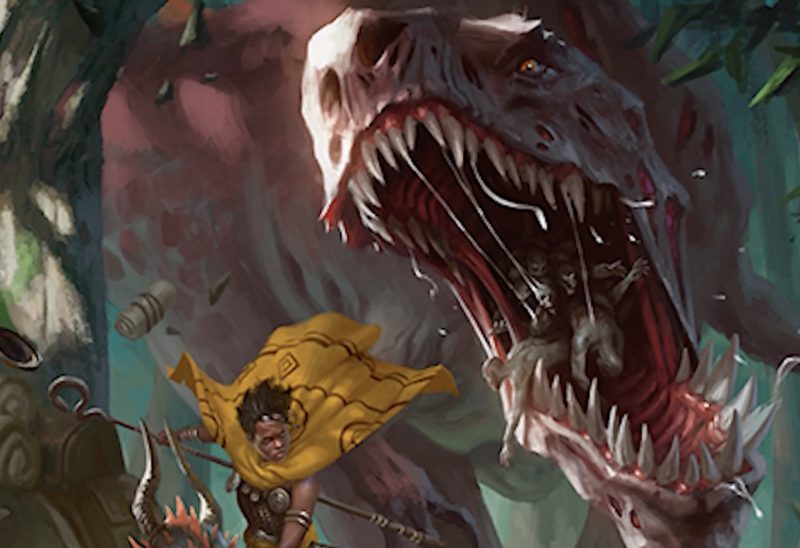 And here’s where we start to get to the heart of the matter. This is a bleak adventure. At it’s core it’s all about mortality and what you’ll do to stave off death or save your friends from a terrible fate–and the price you might pay in the process. Which is why they had Pendleton Ward, who is one of the best humans, consult on the story. They were specifically looking for ways to infuse the idea of a D&D adventure with humor. Where you can get weird characters that you might not otherwise see–in a video with D&D Beyond, Jeremy Crawford talks a little more about the process.

Of particular interest is the part where he talks about the Tomb of the Nine Gods. Acererak, everyone’s favorite skele-man, slew nine gods and entombed them within the Tomb of Annihilation, but they’re not quite all the way dead. So–characters might get to interact with them. And that’s only a portion of the possibilities in this adventure. It feels so inviting–I normally approach these pregenerated campaigns with an eye towards how can I use it for my own game, but this adventure has its hooks in me.

And a big part of that is it’s about participating in this experience. I want to discover the story–not just to read about it–I want to learn the quirks of it. To see what I discover on my play through, to feel the rush of victory snatched away from this cold, impersonal tomb. Or to know what it’s like to see players struggling against the might of Acerererererererak’s diabolical constructions.

This dungeon has character to it–and it’s been informed by the personality of its architect. As you explore it, you find more and more to learn. And what better way to do it, than with one of D&D’s most recurring villains. Acererak is a famous character throughout D&D. When he’s not in one of his various Tombs of (Annihilation or Horrors), he’s alternatively been a human necromancer, a tiefling, a cambion, and once guested with Journey.

But Acererak isn’t the star of the show. Tomb of Annihilation’s star is the dungeon itself–I mean that’s half of the name of the game anyway. At any rate, you can find the Tomb of Annihilation in your favorite FLGS as of today. And the Adventurer’s League is already to start running characters through their adventures. So grab your swords, your spellbooks, your trusty holy symbol, variety of daggers that never seem to run out, longbow, greataxe, punchfists, lutes, and of course, your favorite d20 and dive in for an adventure like nothing else. 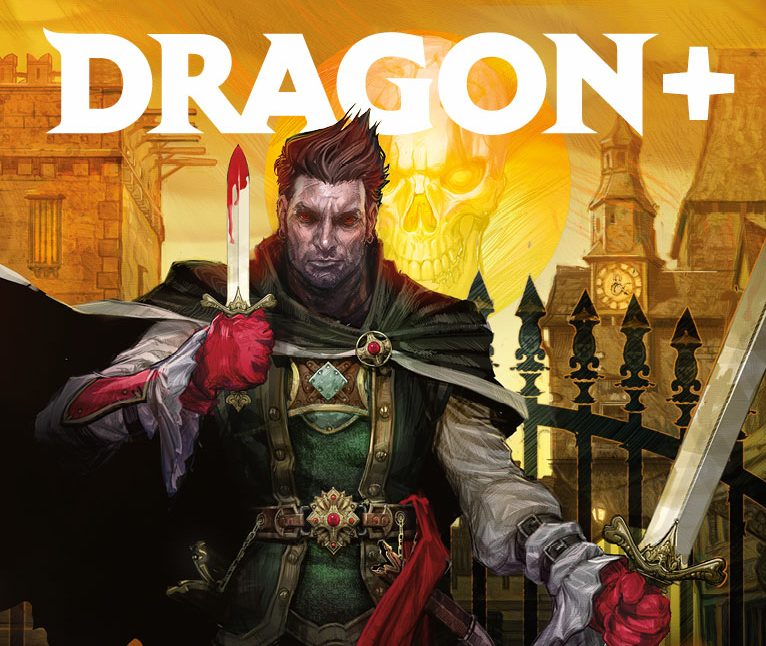