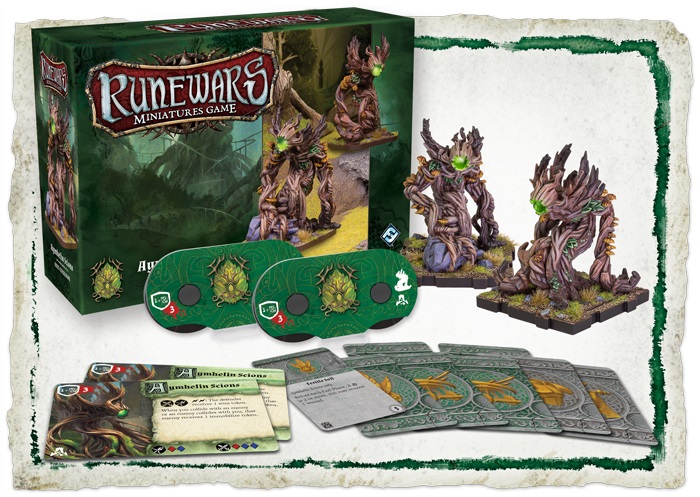 The arrival of the Scions of the Deepwood is imminent. Come see what the trees have wrought!

Fantasy Flight Games is back with a new preview of the Aymhelin Scions who will be joining the forces of the Latari Elves in Runewars. We’ve gotten a sneak peek at them before. Now we’re getting even more details about these walking scions of the deepwood’s will.

Now, as threats arise in the realm of Terrinoth, the Latari must leave the safety of Aymhelin behind to defend the land. When they do so, they will take the strength of the forest itself with them and unleash nature’s fury upon their foes. Fantasy Flight Games is pleased to offer you a closer look at the Aymhelin Scions Unit Expansion for the Latari Elves Army Expansion of Runewars Miniatures Game!

The Aymhelin Scions are a tough siege unit. Their defense stat is equal to the number of stable energy runes + 1 which can make for a shocking defense. They are also very versitle on offense as well with a red and blue die when attacking at range and a red and two blue dice when attacking in melee. Those dice offer a good shot at generating a surge icon which can be used to cause your target to take a stun token.

Their ties to the magical energy on the battlefield also influence their movement. They aren’t the fastest unit out there, but if you get lucky, the Aymhelin Scions can surprise an opponent with a very fast shamble at the 3 initiative. 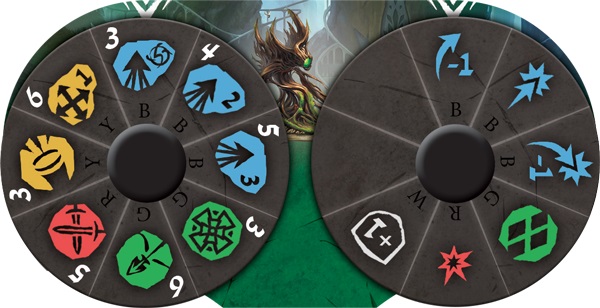 FFG also showed off two new cards for the Scions. Previously we got a look at the Support Aymhelin Scion option and the Frontline Aymhelin Scion cards: 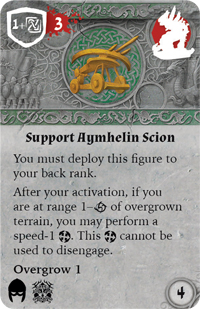 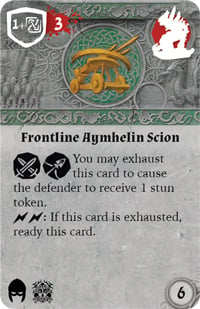 Now we’re getting a look at two more upgrade cards that will come in handy for the elves: 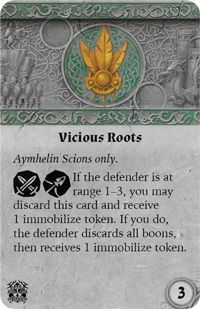 Vicious Roots is a great way to setup a charge for a unit. After the Scions declare a target that is in range 1-3, they can discard Viscous Roots to force the enemy to lose all bonuses and receive an immobilization token. 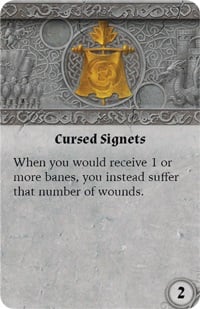 Cursed Signets is another card the Scions can really take advantage of thanks to their high wound count. Sometimes taking the damage is better than taking the Bane.

For more info on these powerful defenders of the Deepwood read the full preview rundown from FFG right HERE. The Aymhelin Scions are due out pretty soon and are up for Pre-order at your FLGS right now! 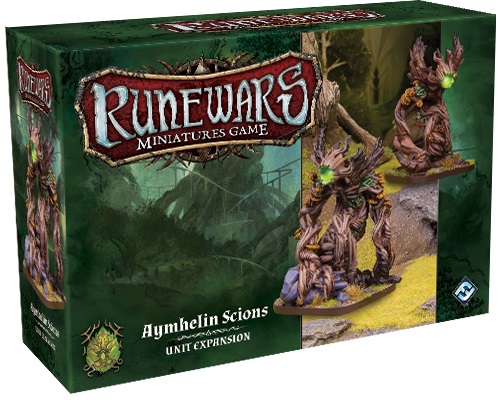 The Trees…They move with an unnatural fury…

Author: Adam Harrison
Writer, Editor, Texas Native, and Austinite for 15+ years, Adam covers all things Tabletop Gaming. Which includes Warhammer 40,000, Age of Sigmar, D&D, Board Games and everything else that involves dice, boards, cards and a table. A hobbyist, player, and collector of miniatures and games, Adam's current obsession are his Death Armies for Age of Sigmar, his Blood Angels and Tyranids for 40k, and his ever growing Arkham Horror: The Card Game Collection.
Advertisement
FFG - Fantasy Flight Games Miniatures Rules Runewars Tabletop News
Advertisement