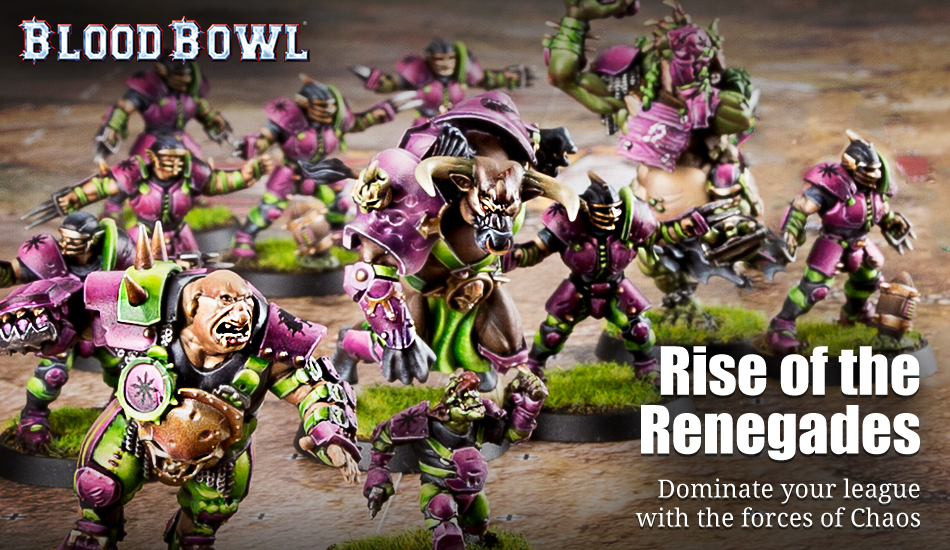 The Chaos Renegade Team gets their gear for Blood Bowl from Forge World! 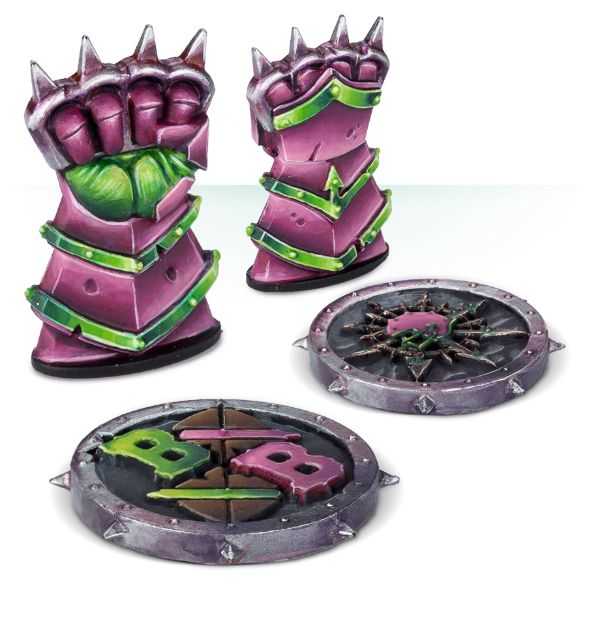 Represent the unpredictable on-pitch antics of your Chaos Renegades team with this set of coins and tokens for use in your games of Blood Bowl. It’s got 2 resin turn markers and 2 resin coins included – paint them up, and get playing. 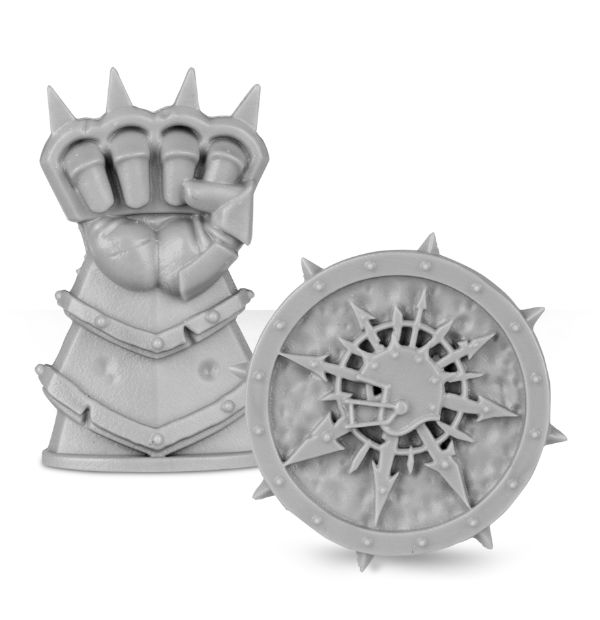 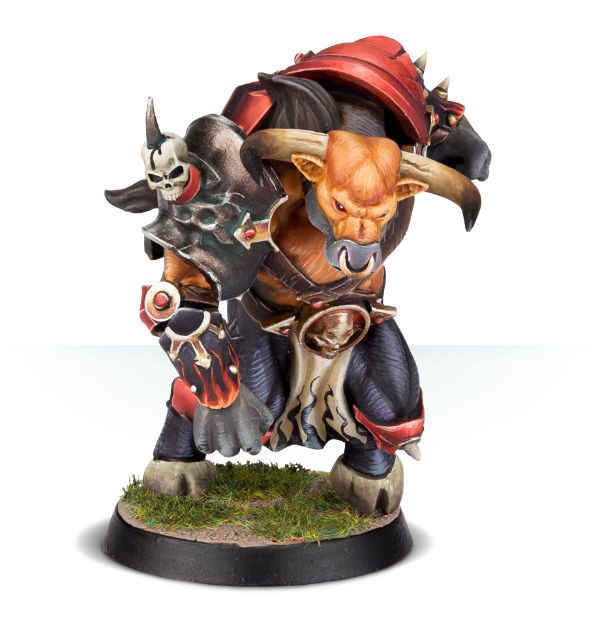 Minotaurs’ enormous strength, minimal intelligence and vicious, depraved mentality would appear to make them almost perfect Blood Bowl players. Fortunately for most other players however, few coaches allow Minotaurs in their team. This is mainly because of their disconcerting habit of going berserk before, during and after the match and attacking anyone or anything that gets in their way: friends, foes – even the coach! 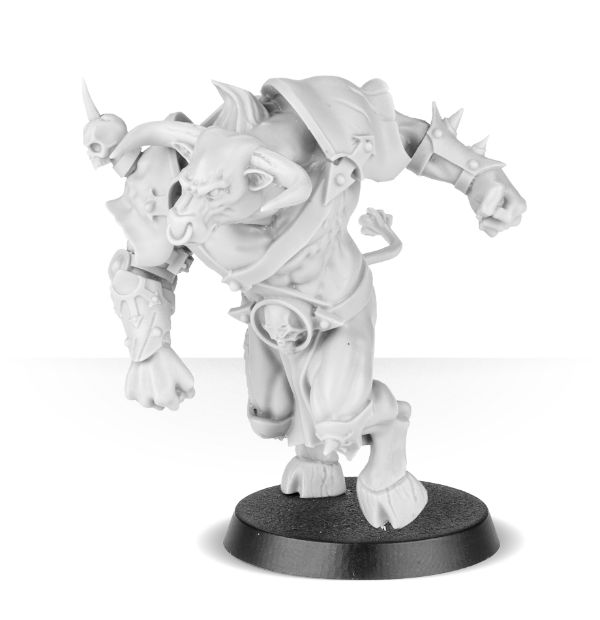 This multi-part resin kit contains the components you need in order to assemble a Blood Bowl Minotaur. You can field him as a Big Guy for your Chaos, Chaos Dwarf, Chaos Chosen or Chaos Renegades team – he definitely lives up to this, looking both pretty big and pretty chaotic. Densely packed with powerful muscle, the Minotaur is stomping forth with fury, challenging any opposing player to get in the way of his bunched fists and enormous horns. He’s not particularly heavily armoured, but the bits of armour he has strapped on are menacing and spiky, with a delightful skull on the right shoulder; this probably used to belong to someone who didn’t get out of the way quickly enough. 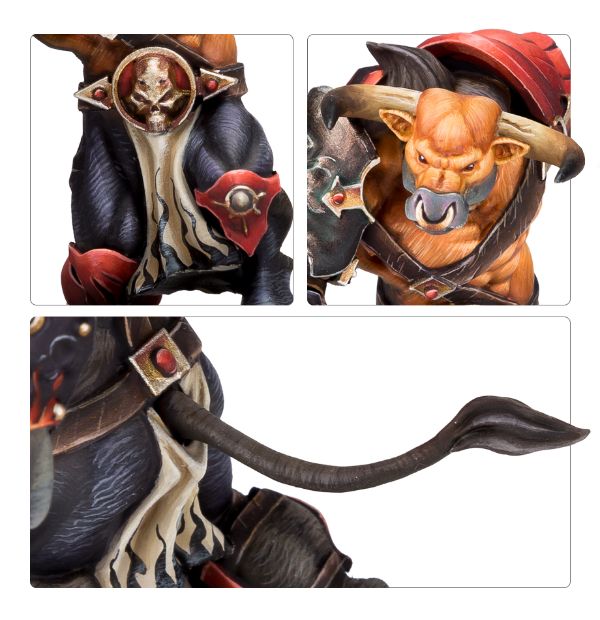 This kit comes as 6 components, and is supplied with 2 bases – 1 32mm round base, and 1 32mm round Blood Bowl base, featuring a slot to place a ball in. Rules for the Minotaur can be found in Death Zone Season Two! 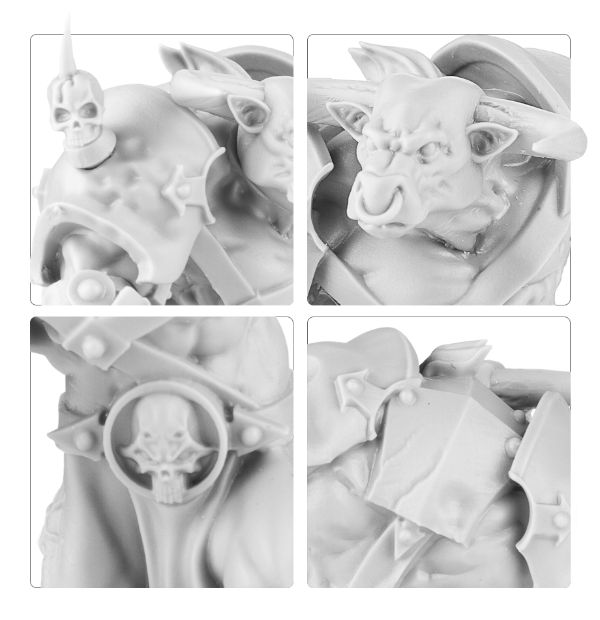 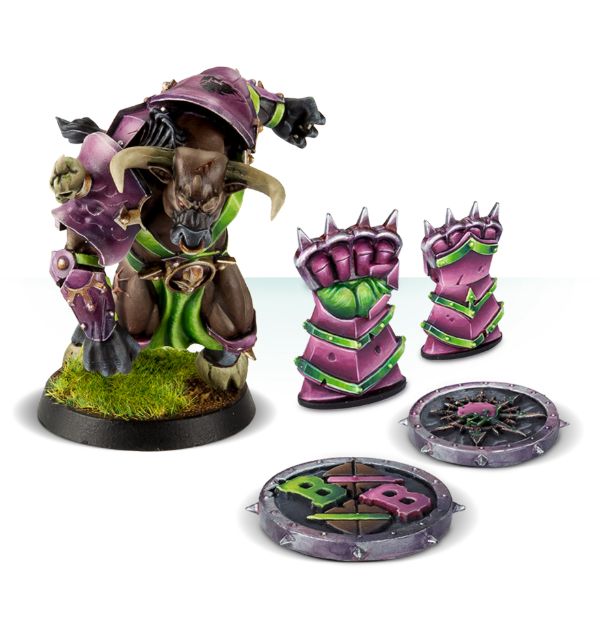 Are you looking for an appropriate Big Guy for your Chaos Renegades Blood Bowl team? Boy oh boy, have we got the bundle for you – a Minotaur, and a set of coins and tokens for your team. Included:

– A Blood Bowl Minotaur – this kit comes as 6 components, and is supplied with 2 bases – a 32mm round base, and a 32mm round Blood Bowl base, featuring a slot to place a ball in;
– A set of Chaos Renegades coins and tokens for use in your games of Blood Bowl. It’s got 2 resin turn markers and 2 resin coins included – paint them up, and get playing. 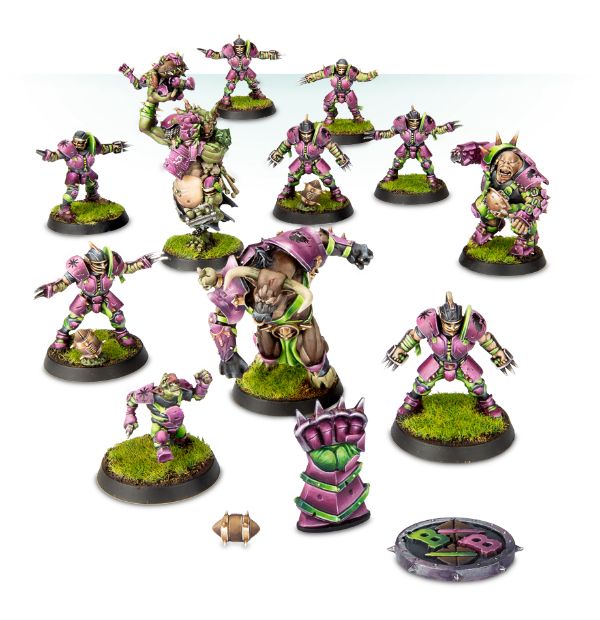 Disorganised but deadly, The Mongrel Horde is a unique Blood Bowl team – the only Chaos Renegades to field a Troll, Minotaur and Ogre at the same time! Should you want to field them – and there are lots of good reasons for doing so – this is the bundle for you, including as it does:

The Mongrel Horde comes to the pitch! How ’bout dem Minotaurs?