Pimpcron discusses what he likes in different games.
Salutations from your favorite cyborg: PIMPCRON! –CRON –Ron –On. [when reading this in your head, please add an echo effect] I am here this week to announce the release of my skirmish wargame Brutality. It has been almost two years in the making, and has taken a lot of time. Just so you know, it is free rules, and you use your own models. The game tells a story while you play, and there are RPG-lite elements to it. Plus a simple but deep stat-creation system to make the abilities match the models you are using. There’s nothing to buy, this isn’t a business. I just hope you like it as much as I do.

So I Set Out To Make The Perfect Game

Well, the perfect game for ME I should say. I love 40k and AoS, but like all things, there are aspects of it I don’t like. So I set out to make the perfect game for me that I could solo game and enjoy in my spare time when I wasn’t 40k-ing it up or Sigmarizing (similar to Mousercising but with more bloodshed). Please, someone tell me they were made to Mousercise as a child in gym class I like I was… Anyway, I did some soul searching and found that I really don’t like myself. I’m pretty unsavory, but what I also found was the specific elements of gaming that I would prefer to make the perfect game.

Clearly, many of you may not agree with my vision of the perfect game, and you may not like my game: to each, his own. One of my friends said it wasn’t enough like 40k for him like it, and my reply was, “Yeah … I know … it’s not 40k”. But I’ve been able to coerce a large portion of my gaming group into playing and subsequently enjoying my game. We have been play testing for about a year and a half and it has undergone a complete metamorphosis. I never planned on releasing this to the public, but seeing as how many of my friends, children, and even wife (who hates 40k) enjoy playing it, I thought maybe some of you might as well.

A traveling merchant I made

So What Do I Want In A Game?

I want to be able to make my own characters and their stats but not cheese-able. The game needs to be based on choices, and not list building, spamming, or net lists. I want a game that is 30 minutes to an hour in length. The game needs to be simple in rules, but have depth in choices and combinations of actions. I want my game to tell a story as I play, with injuries and events, but not bogged down in pages of stat sheets. My game has to include combos and synergy that takes thought versus just being near a certain model to gain an arbitrary buff. I also want community input and a living rule set. My perfect game would also continue expanding its scope over time without sacrificing balance.

My friend Matt’s warband he made for Brutality. An Inquisitor and company that got sucked into the Ether Realm from the 40k universe.

You’ll notice how their gear is mismatched due to having to scavenge for new parts as they go.

Model facing and elevation needs to have a purpose. I want ending scores to be close in points if both players have similar levels of ability, thus proving it is a balanced system. PIMPCRON NEEDS A BALANCED GAME SYSTEM where all options are equally viable but unique. My ideal game has a campaign mode where your warband grows and improves… or has their sanity eroded to the point where they become wandering monsters. I want a game system where you are mailed a free barrel of pig knuckles if you win. (Editor’s note: That was a ham-fisted joke.) Just checking to see if you were actually reading, or just skimming.

I want to be able to buy the models that interest me from any system, and use them in a game. My perfect game would let me mix genres in a setting that makes sense but also holds a lot of mystery. Pimpcron doesn’t want to be constantly pushed into more purchases and price hikes. I want to be able to mod my favorite characters from childhood or TV and play with them in epic battles.

Now that I had all of these criteria in mind, I made a game that interested ME. It literally includes all of those aspects and more. I am not just blowing smoke when I say that I enjoy it more than 40k.

Now don’t get me wrong, I still love Warhammer, Firestorm Armada, and other games. But this is now my go-to game. When I have some free time, I think to myself: I could invite a friend over for hours of 40k, or I could get several games in of Brutality! I know this sounds like a sales pitch, but I’m not selling anything.

My kit bashed Mumm-Ra and Mum-Mutt from Thundercats.

And just how many combinations of one character can be made in my system? 70,000. In a simple system that only takes up 2 pages and is super easy to do.

And One Last Note

My little game is swimming in a sea of high dollar, mega productions with artists, stock holders, etc. My budget for this game was $0. So while it may not exactly have the visual polish of a Games Workshop product, I think it looks pretty good for a one-man operation and no money. The Felix Map you’ll see featured is actually an 8000 x 8000 pixel map that took me 15+ hours to make. It has a ton of detail that can’t be seen in the rulebook pdf. I debated on making a wall tapestry with it…

So Head on over to the Brutality Facebook Page and join our group. If you are one of those dirty proles that don’t have a facebook, then you can email me at brutalityskirmishwargame(at)gmail.com and I will send you the file, but you won’t get our updates, or newer versions as it matures. I want as much input as possible, and I want to see pics of warbands you make!

One mission you have to kill a Monster before it eats you. 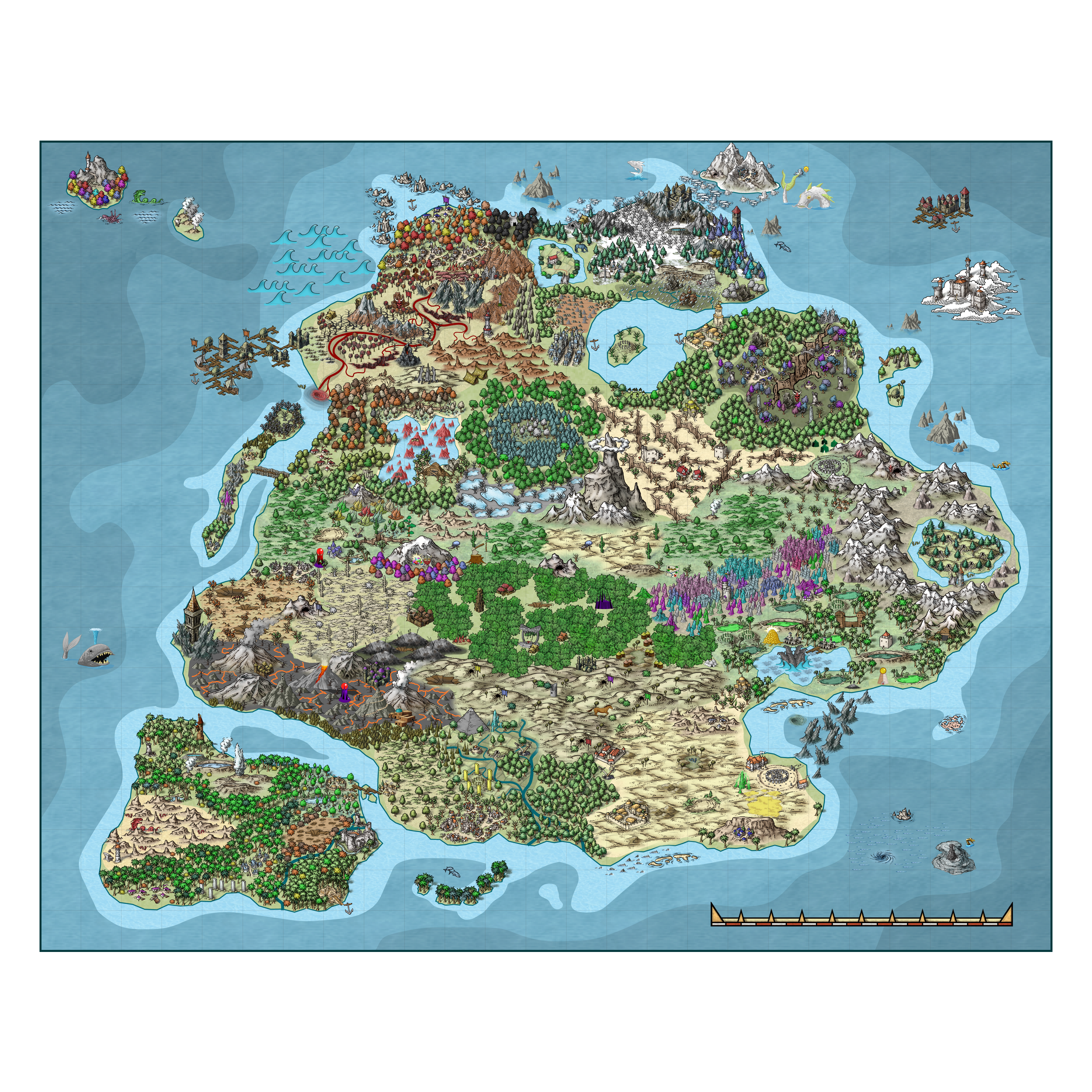 Just give it one try and see what you think. I think many of you will enjoy it.