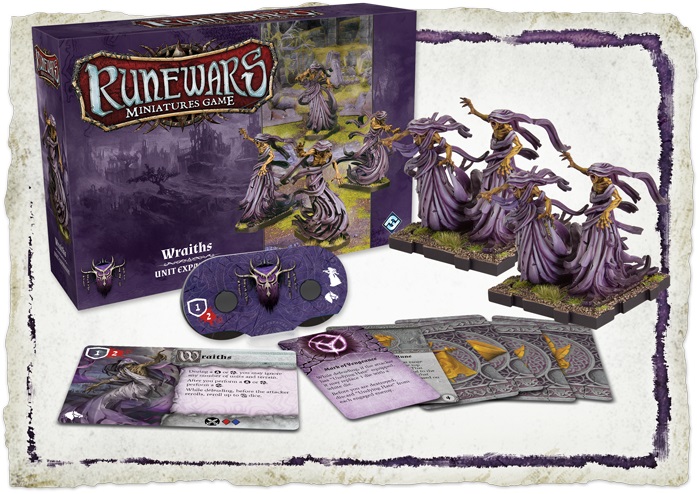 The Stuff of Nightmares are taking shape and heading to Runewars – Waiqar Wraiths are on the way!

Every barony in the Land of Steel has its share of ghost stories, but few of them agree about the details of the spirits. The nature of Wraiths is speculated on in everything from the tales of peasant folk to a troubadour’s courtly ballads—even in the dusty halls of Greyhaven—but little more than supposition is truly available. For every verified encounter, there are a dozen stories spread by frightened travelers or passed down to misbehaving children.

But now, these dark forces, older than Waiqar himself, awaken once again in the cold lands of mist. The undead embodiment of nightmares, the Wraiths, have declared for the dark lord of the thirteenth barony and now glide across the battlefields of Terrinoth, leaving destruction in their wake. Fantasy Flight Games is proud to announce the upcoming release of the Wraiths Unit Expansion for Runewars Miniatures Game!

The Wraiths are slippery foes. Their ghostly forms are capable of passing through walls and locked doors and that ability transfers to the battlefield. When the unit marches or shifts, the Wraith unit can ignore any units or terrain features. They can then reform for free as well! They come in surprisingly cheap as well only costing 17 points for 2 trays. That’s a pretty good deal for a unit that can basically get out of sticky situations. 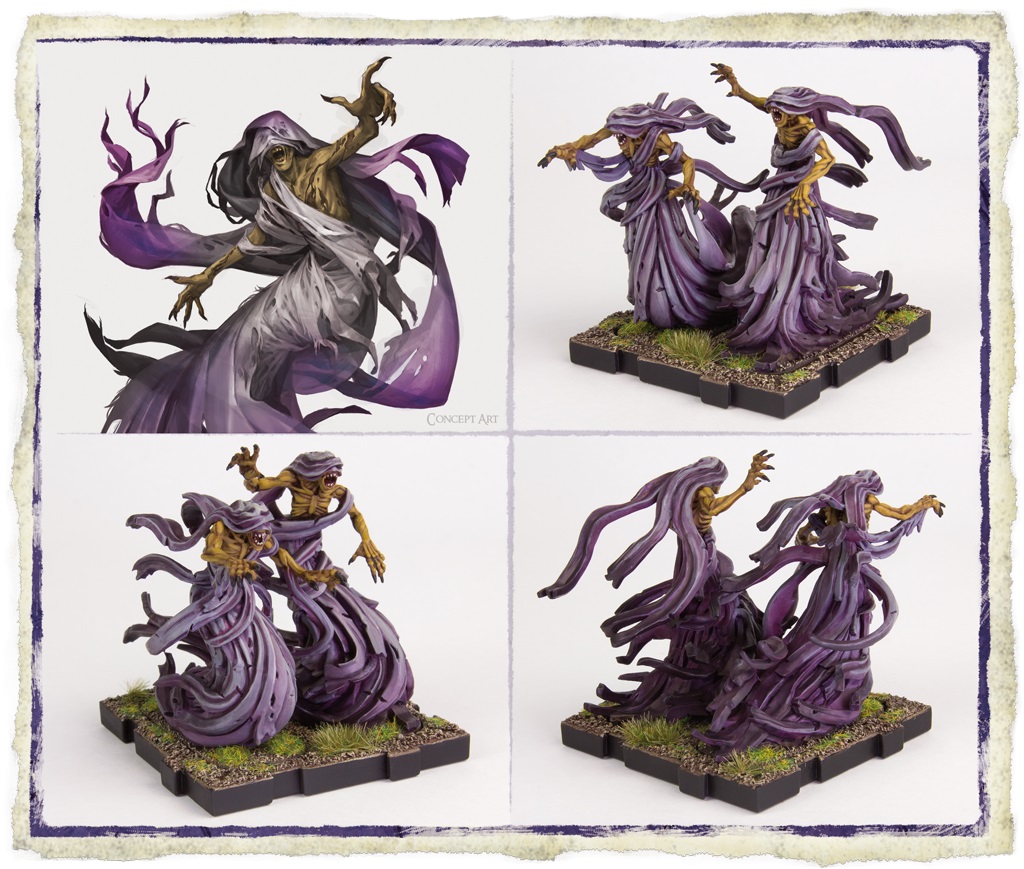 Their command dial has some tricks as well. Their movement options have them at initiatives 3-7, so they can move later or fairly early in the round. On top of that, they have a unique melee modifier that can be used in conjunction with either a reform action or a melee action. If you do catch these Wraiths on the sides, they can simply reform and then attack you right back or they can wail at you with a double melee turn! 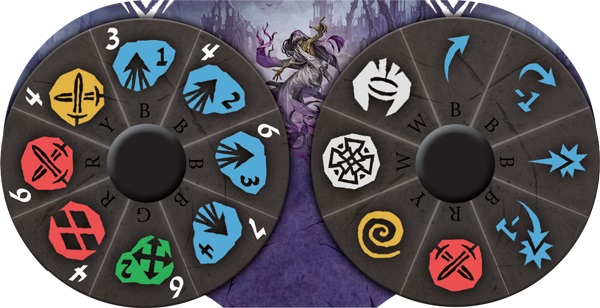 FFG also teased a few upgrades to go along with this unit as well: 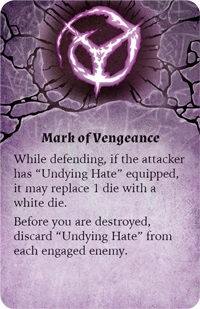 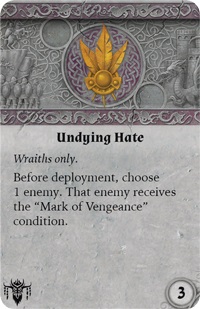 These two cards work in conjuction to focus the ire of the Wraiths. The target unit recieves the Mark of Vengeance. When the associate Wraith unit attacks the defender, they can swap out one of their dice with a white die. That should help the Wraiths tear through their target pretty quickly. Watch out if you gain the wrath of these Wraiths! 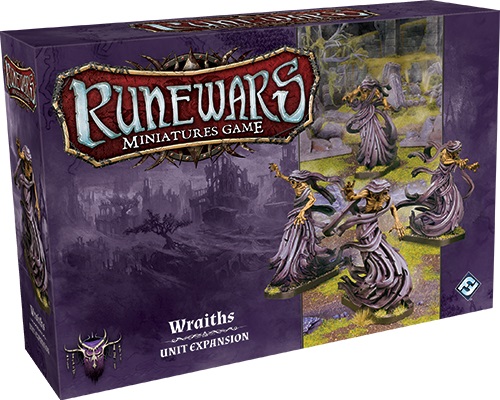 As the forces of darkness gather in the Mistlands, the restless dead join the command of Waiqar the Undying. The embodiment of nightmares, the Wraiths, have declared for dreaded lord of the thirteenth barony. Now, they creep across the battlefields of Terrinoth in Runewars Miniatures Game!

The Wraiths Unit Expansion includes four Wraith figures and two Plastic Cavalry Movement Trays as well as a collection of tokens, five upgrade cards, and one Condition card to customize your army of the undead. By adding these deadly specters to your armies, you will strike fear into the bravest Daqan warriors and win the day for Waiqar the Undying!