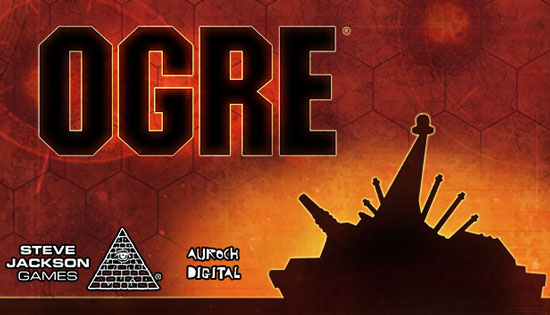 That’s right folks. We got to have a chat with the people bringing you the upcoming Ogre video game, which celebrates ~40 years of monstrous mechanical mayhem by adapting it into the digital world, where the thunderous rumble of the Ogre, and the helpless, plaintive struggle of the poor fools who didn’t have the foresight to be a self-aware automaton that can deal out destruction and doom in equal measure. 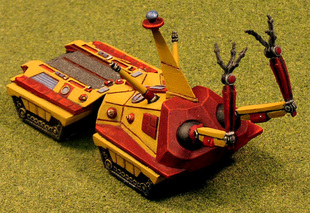 Being a human instead of this? What were you THINKING?

But thanks to the game, we can escape the dismal reality that we’re human, and for one shining moment know what it is like to be a massive murder-machine. To celebrate this, BoLS spoke with Steve Jackson (President of Steve Jackson Games), and Nina Adams (Production Manager at Auroch Digital). Here’s what they had to say about the game:

Ogre has been around for 40 years – but some folks may not know what it is. How would you describe Ogre to someone who has never heard of it?

Steve Jackson: It’s a hex-based wargame in which one side has only one unit, the many-gunned Ogre, and the other side has a force of conventional armor and infantry. The Ogre wins if it can get across the board and destroy the enemy Command Post. 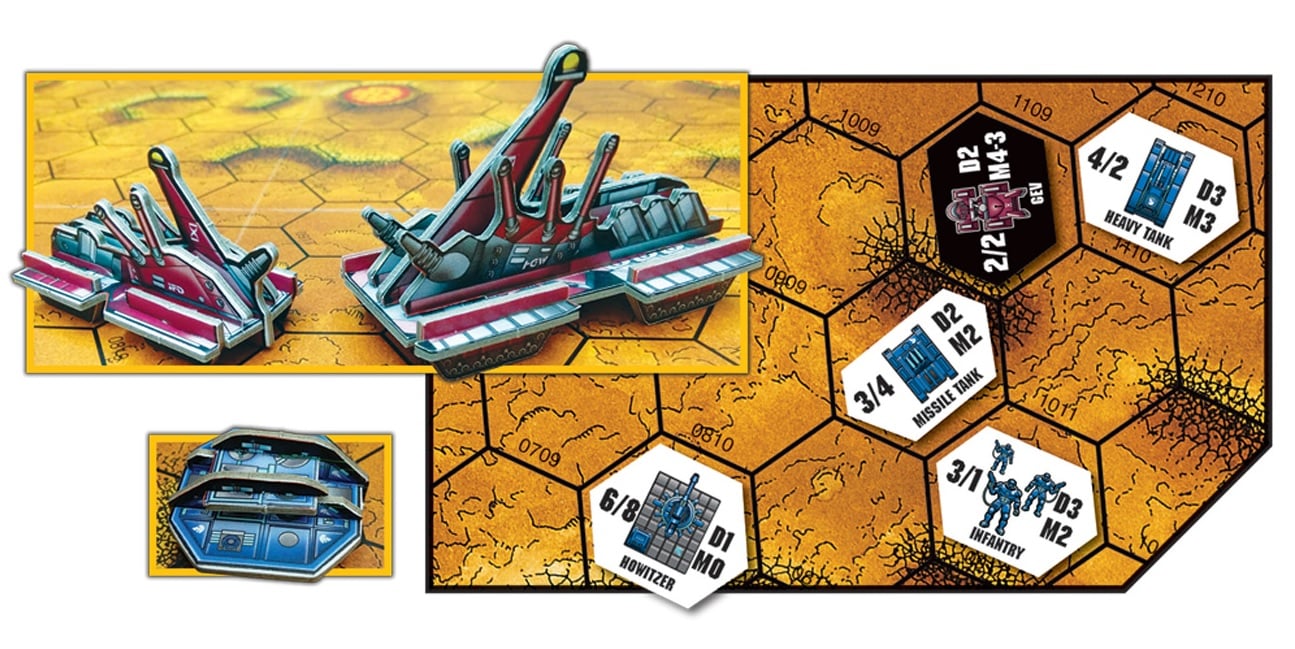 Hexes, of course, being the only proper map unit.

Building on that, Ogre has had 6 editions in that time. What are some of your favorite changes from edition to edition (Production values, rules, etc.)?

SJ: The game has grown so much in physical size that you could set the Designer’s Edition box out as a table and play the original edition on it – the gameboard was a legal-sized sheet of paper.

I like some of the (relatively) new units very much – units like the GEV-PC troop transport and the Superheavy Tank add some depth to the original game.

Nina Adams: For me it was the introduction of the new terrain types. In the original game, the terrain meant you needed to occasionally go around a tile, but with the introduction of swamps, rivers, roads etc all of a sudden you have a lot more tactical options, like submerging your marines for example. 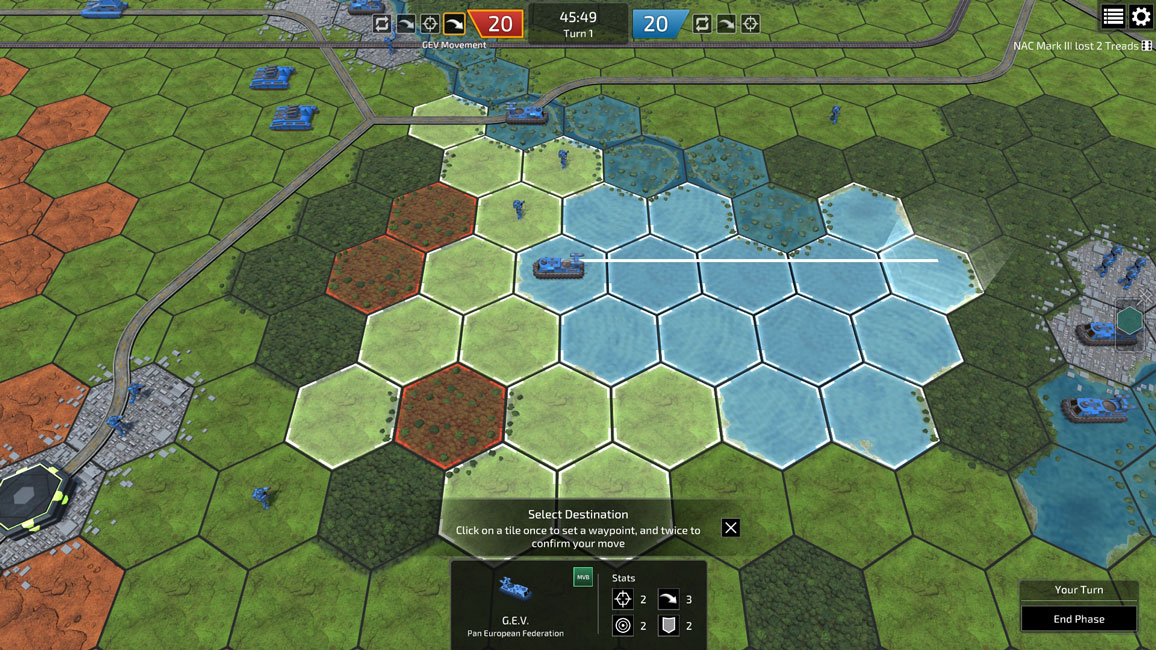 What do you think makes Ogre so iconic?

SJ: Possibly the roleplaying element. The role of the giant destroying Ogre appeals to some players; the role of the self-sacrificing defender appeals to others. And either side can win; the balance is important too.

NA: It is a beautifully balanced game which, to my knowledge, is one of the only board games which pits one massive unit against an army of smaller ones. It’s David and the Goliath, but sometimes you get to be Goliath! 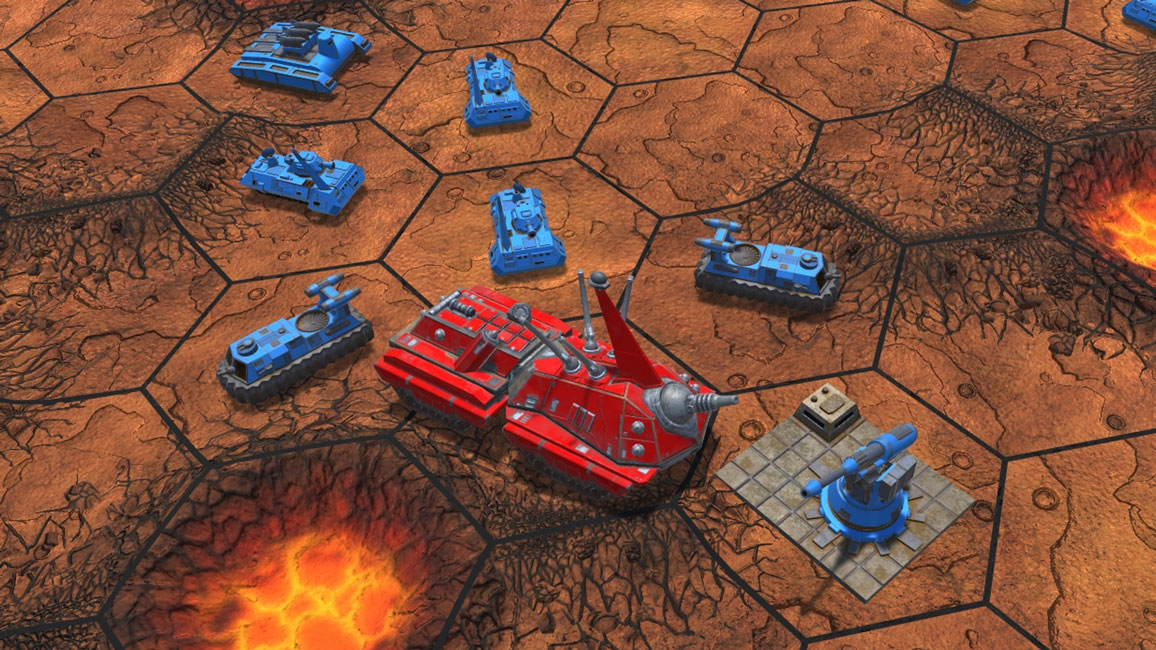 How did you approach bringing Ogre to the digital realm? Was there a Tron-like Laser involved?

SJ: In my mind, Auroch had many, many lasers and they used them at every stage of the project, including to vaporize a bulldozer as a test of the armor rules. 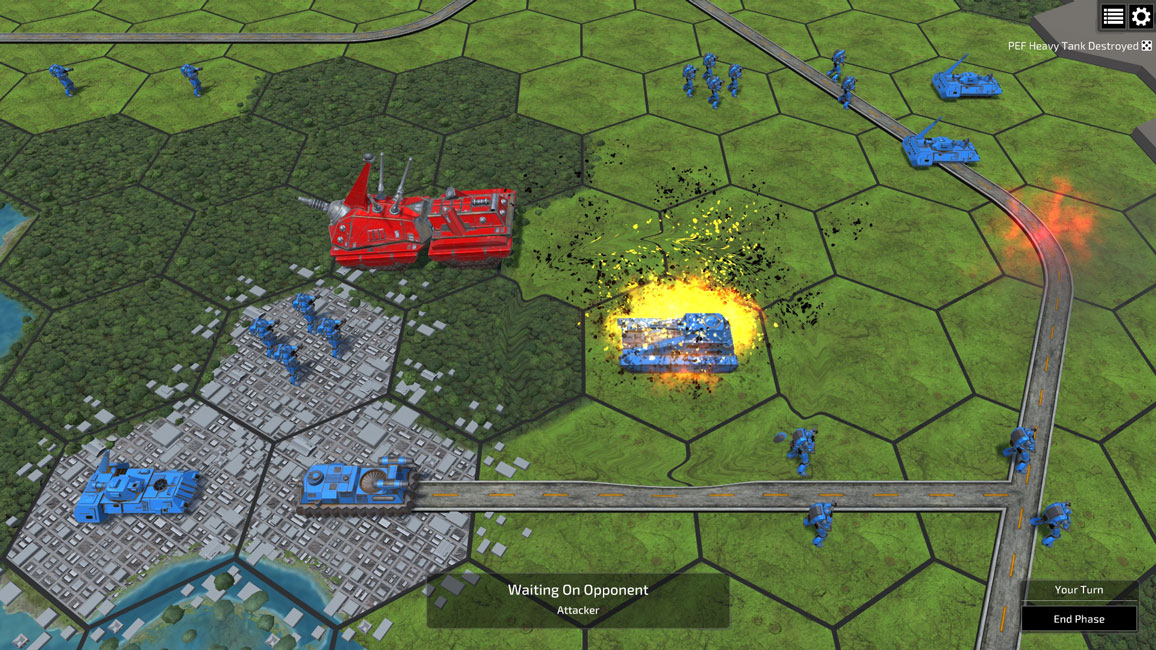 NA: Absolutely, the Auroch Digital team donned unitards with glowing strips, marked hexes on the floor and we fought it out until we had a plan! Okay, it wasn’t quite that cool but it was still pretty fun, mostly because we started by playing hours and hours of the board game! Some of the team had never played it before, but we strongly felt that keeping to the original when we ported it from physical to digital was vital.

Following up with that, what did you try to maintain from the original game; What change surprised you the most?

SJ: In fact, what has surprised me so far is that there are few changes and no important ones. This is Ogre! They’re getting it right!

We were also keen on striking a balance between modernizing the game but keeping a hint of the 70s / 80s feel to it.

What was one of the biggest hurdles you had to deal with? How do you feel overcoming that has helped the game?

SJ: Let me leave that for Auroch.

NA: One of the biggest hurdles we had to deal with was keeping the rules true to the original when they didn’t always work in the digital format. For example, in the board game, going into overrun triggers a separate sequence of turns by the player. If we’d done this in the digital game it would go on forever, so to overcome this the team implemented the AI temporarily taking over.

Which Ogre is the best (ex: MK II) and who would you cast as the voice of the Ogre in the live action movie (ex: David Hasselhoff)? 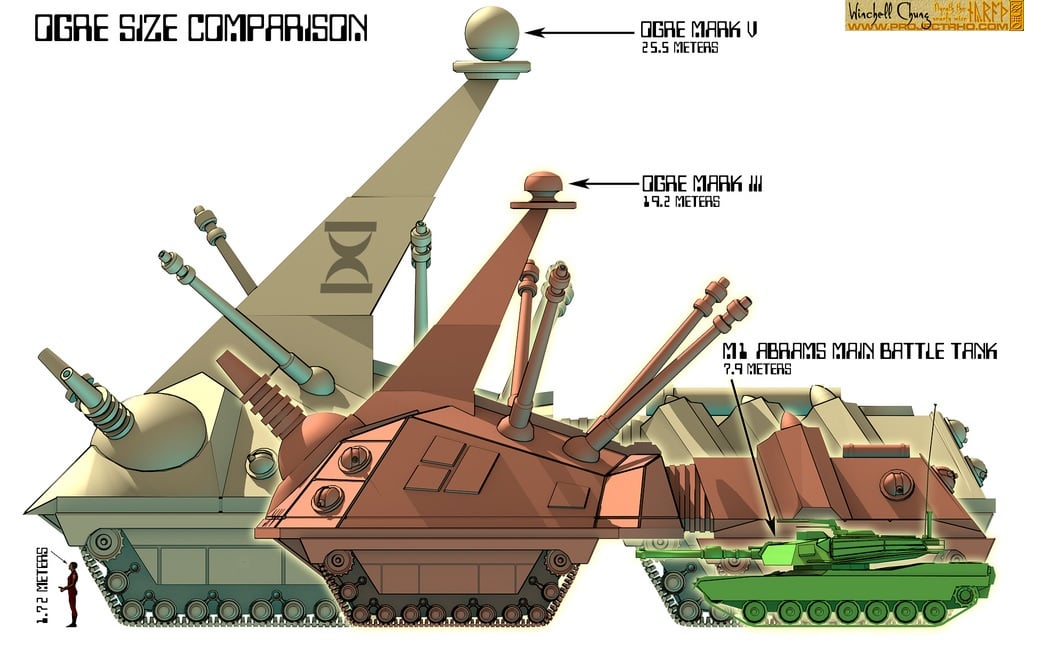 SJ: My favorite Ogre is the Mark V – it’s the first one Winchell Chung drew and I just like it. In play it has a great combination of weapons, but you still have to play smart or the little units will mob you and destroy you.

Voices! Ogre voices! I think that an Ogre might quote the Terminator once in a while, but it would be doing so ironically. An Ogre, if it’s self-aware, is proud of its intelligence as much as its strength. I can imagine one being cool and mocking – Sean Connery, for a model.

NA: For me it would have to be James Earl Jones! An Ogre can literally run over units, so a deep booming voice as that happens would be perfect!

My favourite Ogre is the MK IV. It’s faster than pretty much any other unit and it sustains its attack strength throughout the game as long as you keep it protected.

Note from journalist: “Also if you have any fun anecdotes from the production of this game that you can share, we’d love to add those in as well. Anything that helps us get a sense of the team that is working on the game. I think the readers will really connect with the developers if they know they are gamers, too.”

SJ: One thing that was fun, that I didn’t really anticipate in advance, was listening to the game music for approval. I normally think of music as something to enjoy, not something to nitpick on. Here, it was my job to nitpick.

We’d like to thank Steve Jackson and Auroch Games for taking the time to talk with us–we’re looking forward to taking the reins of the hulking cybernetic leviathan that is the OGRE. You can find out more about the Ogre video game below:

Ogre is a turn-based strategy game of mechanized warfare, requiring tactical decision making and strategic thinking. It is the official video game adaptation of the legendary tabletop wargame from Steve Jackson Games, developed by the award-winning Auroch Digital.

Hovercraft, tanks, infantry, and giant cybernetic tanks called Ogres take part in a seemingly endless world war. You take command and vie for supremacy on the irradiated battlefields of The Last War.

The BoLS Office is divided along Ogre voice actors–one faction is set on the Hoff, another set on Patrick Warburton, and one renegade outlying faction (guess who) assures us all that H. Jon Benjamin would reign supreme.

D&D: Enter The Tomb Of Annihilation with Tales From Candlekeep 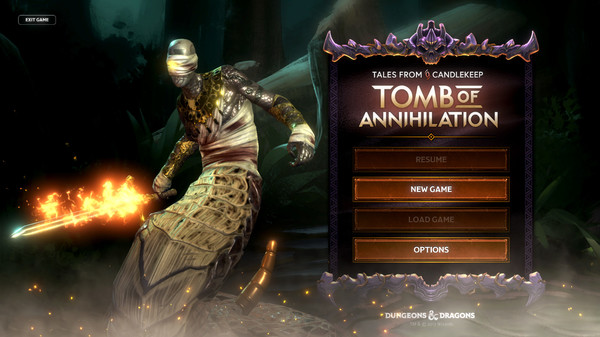