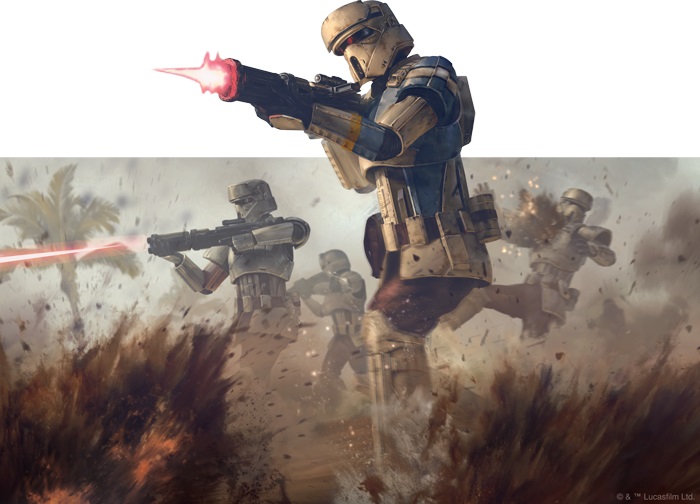 The Star Wars RPG is getting a new source book that covers the dawning of the new rebellion!

After watching Rogue One, I can’t help but wonder about those early days of the Rebellion. Where did it start? Who are their leaders? Why did Alderaan want to aid them so much? What was their first base like? Well now Fantasy Flight Games is helping to flesh-out some of those early days with a new sourcebook for the Star Wars RPG: Dawn of Rebellion.

Dawn of Rebellion is a new sourcebook coming soon for the Star Wars™ Roleplaying Game and provides players and gamemasters with a wealth of information on life in a galaxy under the newly-formed Empire. The Rebellion still sits in its infancy, barely more than a whisper on the lips of a brave few, and most citizens were resigned to try and make a new way for themselves in this New Order. It is this specific, and precarious setting, that the new Dawn of Rebellion sourcebook takes place.

The Empire puts on a good front – fantastically so if you live in one of the core worlds. There is stability, security, and for some prosperity. For others this “peace” they are experiencing comes at the cost of being crushed by a brutal regime. But not all systems are willing to be squeezed a slow death by this evil empire. Some have slipped through the forceful grip of the Empire and begun to form a new rebellion. One such planet is a beacon of peace and hope: Alderaan.

Most fans of Star Wars are aware of what happens to this peaceful world with no weapons – it meets a swift end in a very public display of power by the empire. But in Dawn of Rebellion, you’ll get to experience the world before it’s unfortunate end. You’ll get to interact with the Alderaanians and their classical way of life. You might even get to aid the Organa family with secret missions to assist the fledgling rebellion or with political intrigue in the galactic senate.

Alderaan isn’t the only planet in this new sourcebook. You’ll also get to experience Atollon – a dry, desolate desert planet that is the first home of the Rebellion. It’s been mostly forgotten and even getting there can be tricky. That makes it extremely useful for an organization like the Rebellion to setup shop there far outside of the watchful eye of the Empire. 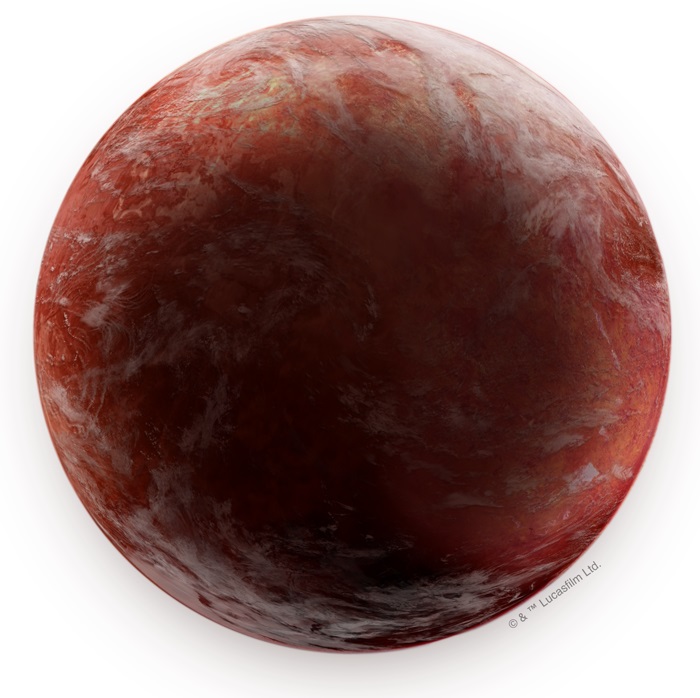 Atollon is also home to some interesting lifeforms. First, you have the predatory and spider-like Krykna. There are also the more relaxed Dokma who look like large Snails! And finally you have the enigmatic Bendu who walk the tightrope of balance between the Light and Dark sides of the mysterious Force. They promise to have very interesting insights to Force sensitives who seek them out…

The early days of the the Rebellion and the Empire wouldn’t be complete if we didn’t have one of the greatest weapons ever created for Star Wars: The DS-1 Death Star. 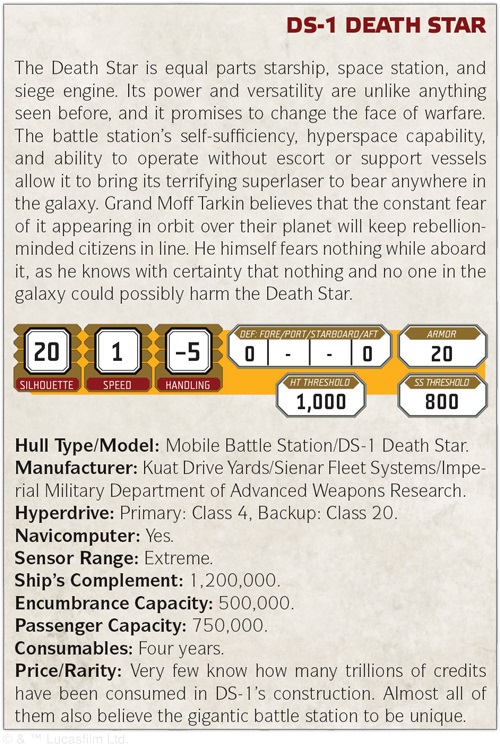 This super weapon/space station/Hyperspace capable mobile planetoid was paid for by secret funding from the Republic coffers (how that happened without an accountant noticing…I’ll never quite understand). TRILLIONS of credits were spent in the construction of this space station, countless materials were bought, raided, or even pirated to build it. But with it’s construction the Empire now has a weapon so powerful that all systems will simply fall in line…or so they think.

If you’ve ever wanted to run the Death Star in one of your games set in the Star Wars RPG, now you can! If you’d like to learn more about Dawn of Rebellion you can read the full write up from FFG right HERE.

This sourcebook is going to be fantastic for GMs looking to take their adventures back-in-time to a place where the Rebellion is still finding it’s footing. The Empire is on an upswing but it’s too busy basking in it’s own might to notice this rag-tag group forming in it’s shadow.

Will your players attempt to smuggle goods with Edge of Empire? Or maybe they are going to want to be a part of the guerrilla assaults that will happen across the galaxy in Age of Rebellion? Perhaps they are Jedi who are only seeking some sort of reprieve from the unrelenting Inquisitors on a mission to extinguish all Jedi from the galaxy? There are lots of stories to tell with this book and now you’ll have all the resources you need to do just that! 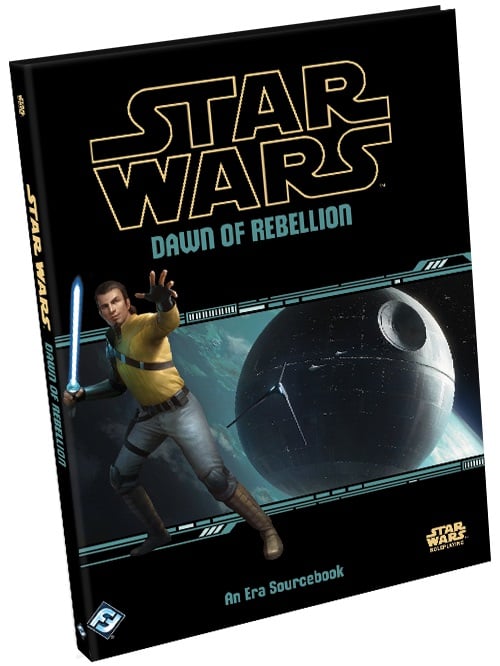 I know a ship. It’s fast. I heard it made the Kessel Run in less than 12 parsecs…we could use a ship like that.