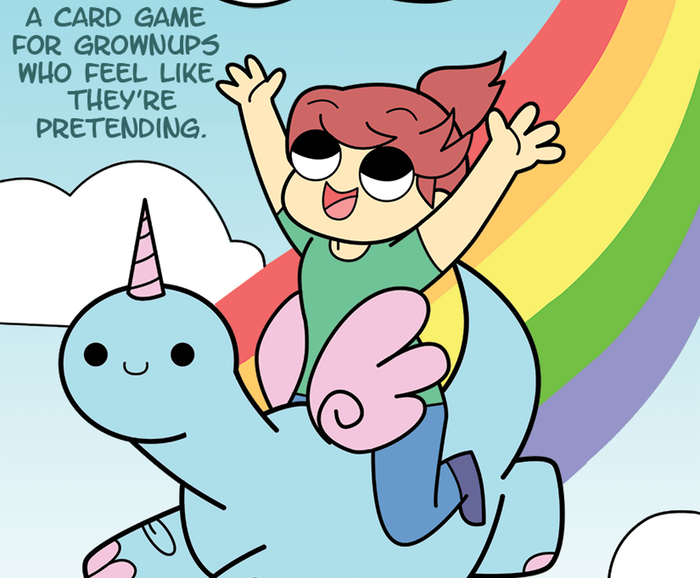 Adulthood is a lie and everyone is faking it. Pretending to Grownup is under the Tabletop Spotlight!

Our friends at Dragon’s Lair Comics & Fantasy came by to show off a new game about the trials of Adulthood. This game takes the idea of “fake it till you make it” and applies to adulting. It’s Pretending to Grownup:

Pretending to Grownup is really easy to learn and plays really quick. The core mechanic is simple. There are 3 resources in the game: Time, Money, and Energy. As the active player you can either “accept more responsibilities” and draw two cards or you can challenge the player to your right by placing a card face down and declaring “I have more (resource)!” That player can then either accept that and you get a single point for the card you played. Put that card in your score area, face down. Or that player can accept your challenge and declare that THEY have more of that particular resource. This means the player to THEIR right can now challenge them as well, and so on. 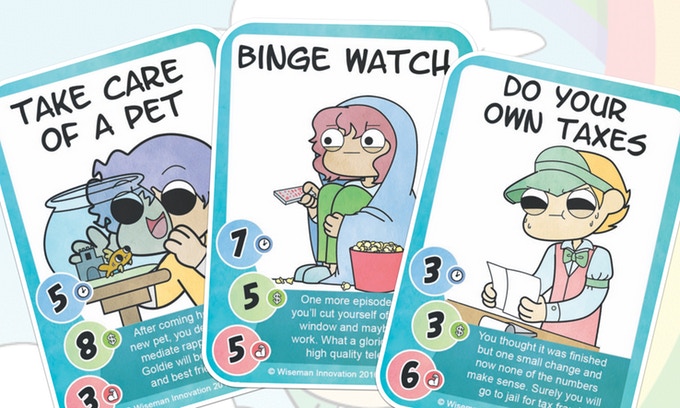 If a player passes, then all the players reveal the cards – the player with the highest resource (time, money, energy) wins the cards and gets a point for each card that was played. The first player to 12 wins. Pretty simple, right? So you know there is a catch! That’s where the Unipegasaurus cards come into play. 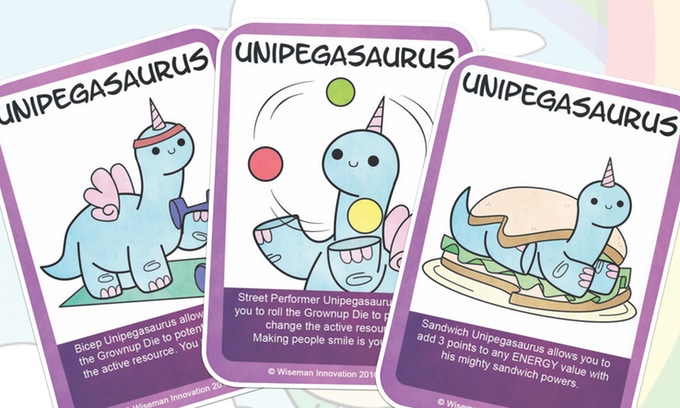 There are 100 cards in the base game and 15 of them are Unipegasaurus cards – these represent your “imagination” and can help you bend the rules a bit. They are each unique and do slightly different things. Some just give you a flat modifier, some allow you to combine the points of two cards. These can throw a curveball and really change things up. 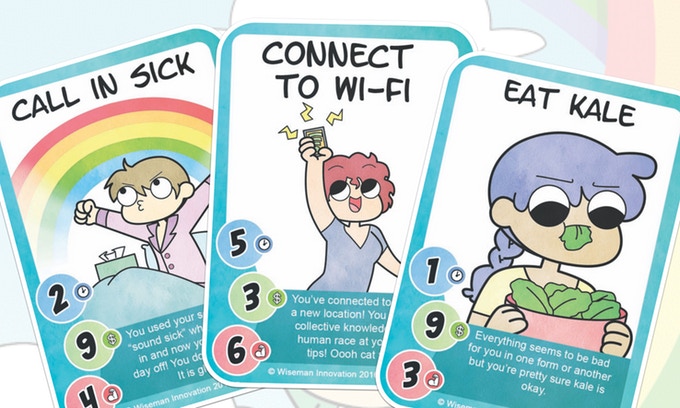 Pretending to Grownup is a really well done game. The art is drawn by Megan McKay of Doodle for Food. It’s got a really fun style and fits the character of the game perfectly. So if you’re looking for a game that is family friendly or if you’re just looking to take a break from adulting for a while, check out Pretending to Grownup! 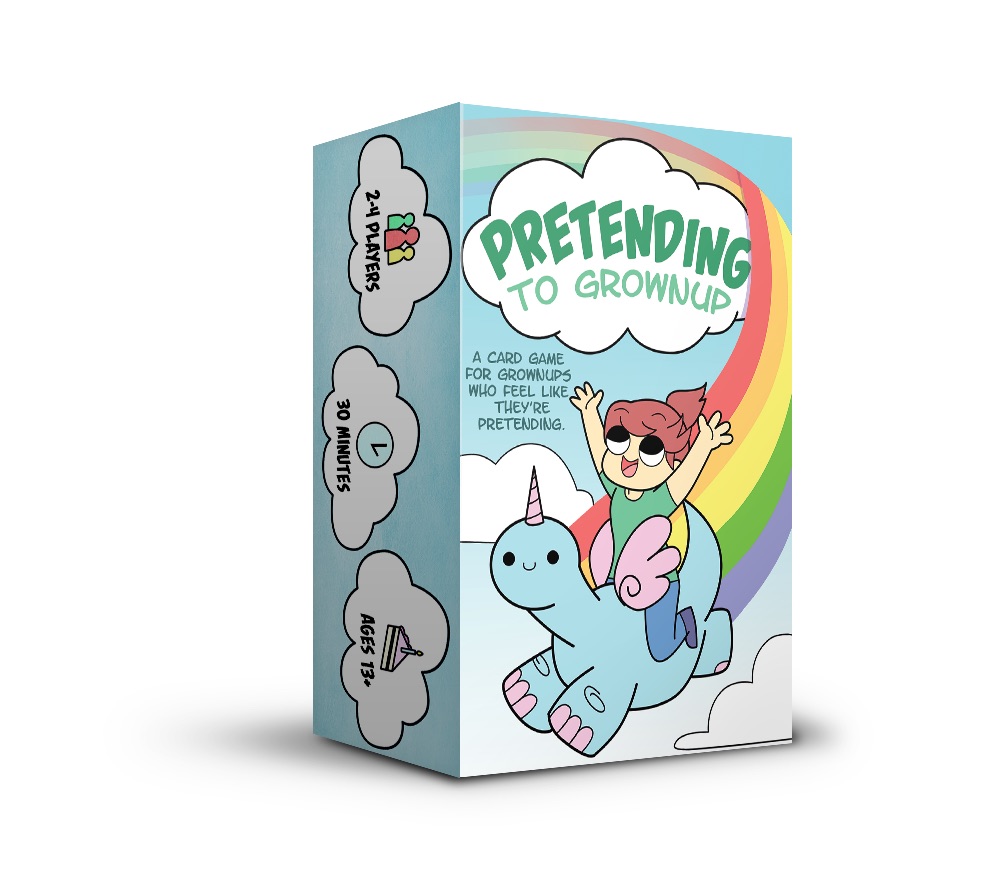 Are you technically a grownup but don’t feel like it?

Pretending to Grownup is a casual card game with 100 unique cards featuring common grownup situations. You can face these problems or use the power of your imagination to bend the rules.

Throughout the game you’ll see which player is the most grownup by using the only three resources at a Grownup’s disposal: time, money and energy.

However you can get a Unipegasaurus card which helps you bend the rules of being a grownup by using your imagination. (Uni-pega-saur-us). Included in the game is an adorable, wooden unipegasaurus meeple, referred to in the game as “The Daydream Token”.

All of the artwork is done by Megan McKay of webcomic Doodle for Food.

A game for the young at heart and perfect for the stressed out adults in your life.

Author: Adam Harrison
Writer, Editor, Texas Native, and Austinite for 15+ years, Adam covers all things Tabletop Gaming. Which includes Warhammer 40,000, Age of Sigmar, D&D, Board Games and everything else that involves dice, boards, cards and a table. A hobbyist, player, and collector of miniatures and games, Adam's current obsession are his Death Armies for Age of Sigmar, his Blood Angels and Tyranids for 40k, and his ever growing Arkham Horror: The Card Game Collection.
Advertisement
Board Games Card Games Kickstarter Tabletop Spotlight Videos
Advertisement