IDW Games has a new game that is all about perspective – come check out Seikatsu under the Tabletop Spotlight!

Here at BoLS we like to play board games – we like them so much we started a show on our Twitch Channel about them where we actually get to play them. One of the games I’m pushing to get played on our Board Game Bonanza is one we saw at GenCon 50 – and now that our friends at Dragon’s Lair Comics & Fantasy have it in stock, we know it’s out in the wild! Seikatsu is a game that is all about tile placement and perspective:

Seikatsu is deceptively simple, but in a very elegant way. The basics of the game are that you are trying to place “flowers” in your zen-garden. However you’re sharing this garden with two other “factions” and they are also trying to create the most pleasing design. You’ve got to place tiles in such a way that score you the most points based on your particular perspective. To throw a loop in your plans, birds are also flying around an want to perch in your garden. You score points for placing birds of a similar feather near each other, but you can score more points if you plant flowers in patterns as well. 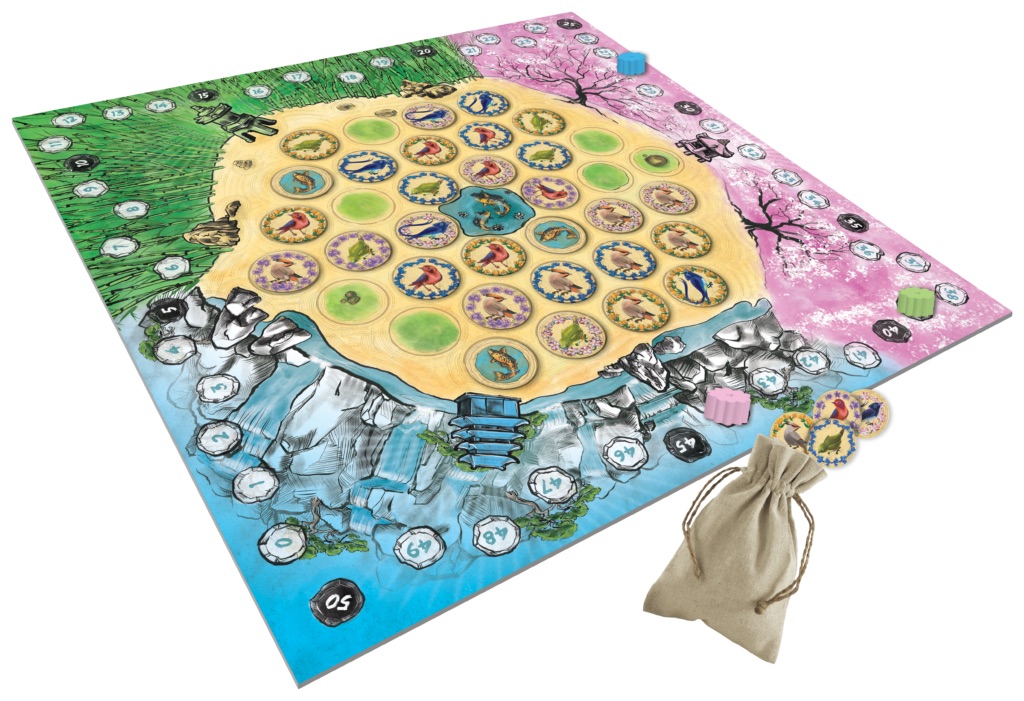 It’s actually deviously sneaky in it’s complexity. There are only so many tiles and each player is attempting to score the most points possible. So, you’ve got to mix things up between grabbing quick points with birds, blocking your “friend’s” garden points, and also attempting to score with your own flower patterns. And because the tiles are finite and drawn from a bag randomly, every game is different! Mechanically, it’s easy to learn and difficult to master – that’s the hallmark of a great game!

Production-wise, the board and tiles are all high quality and really well done. The color palette might not appeal to everyone but we appreciated the pastels and the “soft” look of this game. It’s kind of relaxing in a zen like way…Sort of like playing with sidewalk chalk – you draw simple or complex stuff only for the rain to wash it away later. Seems very fitting the more you think about it.

Seikatsu is a really cool game – especially once you grasp how the scoring works because it’s all based on your personal perspective. If you enjoy games that are easy to learn but have a deep well of strategy to them (and also happen to look fantastic) then grab a copy of Seikatsu – you won’t regret it! 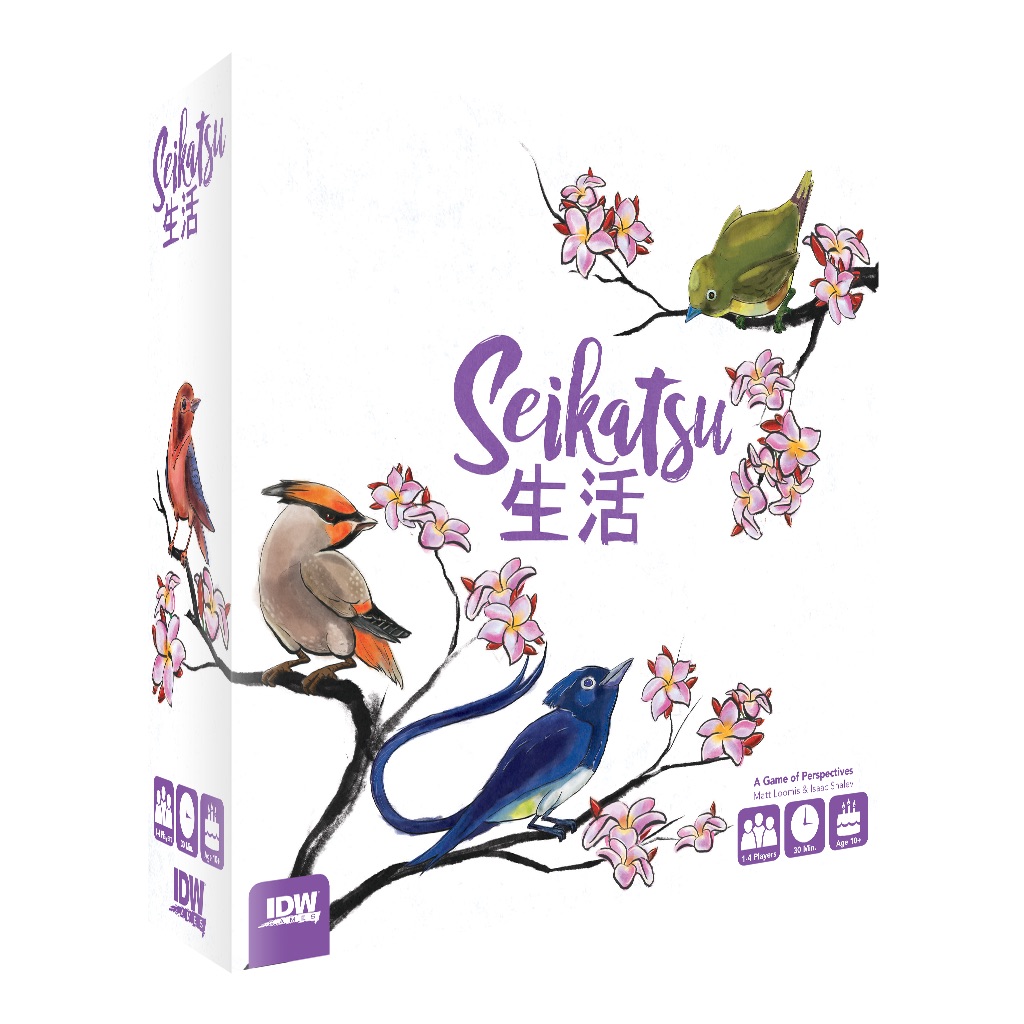 Seikatsu is a competitive tile-laying game by designers Matt Loomis and Isaac Shalev (Retreat to Darkmoor). Players are competing to create the most breathtaking view from the perspective of their pagoda. Featuring a one-of-a-kind dual aspect tile design, players must weigh the benefits of scoring flocks of birds now, or the benefits of planting sets of flowers to be scored later. In a battle of serenity, tensions will be high as the best tile placement for you may also aid your neighbor. Who will have the best view of the garden? It’s all a matter of perspective!

The points are relative – it’s all about how it looks from your perspective!