Tabletop Spotlight: Twilight of the Gods 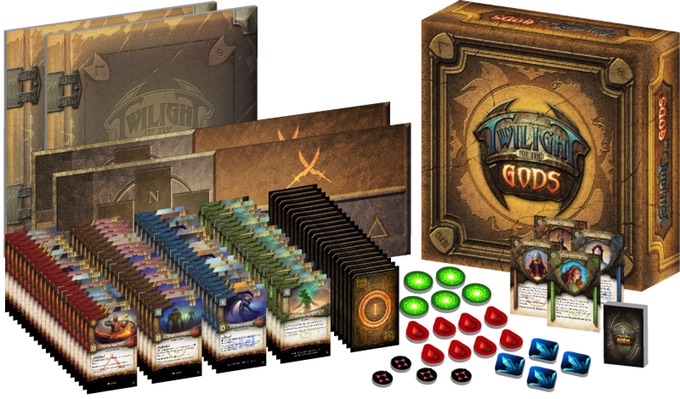 A new Customizable Card Game has joined the fray – come take a look at Twilight of the Gods in this Tabletop Spotlight!

Do you enjoy Customizable Card Games but dislike the random packs? Do you want that same strategy vibe you get from a game of Magic: The Gathering, but without having to worry about whic “Rare” card is going to stomp you? Well our friends at Dragon’s Lair Comics & Fantasy brought over a copy of Twilight of the Gods and we were really impressed:

Twilight of the Gods is an exciting new Customizable Card Game that offers some deep strategic choices. It’s designed for 2-4 players to go head to head in a game that pits their decks against each other. You assume the role of a deity from one of many Pantheons (with more planned and on the way). You’re goal is to use your 50 card deck to eliminate the other player’s deck first because it Twilight of the Gods, your Deck is also your life total! The last player with cards left wins the game.

The starter box comes with 4 starter “pre-constructed” decks. These decks have been tuned and tweaked to provide you with a good balance against each other. But, as more expansions come out, you’ll be able to customize your deck even further. Another big selling point for me is that each box comes with the same 200 cards – there is no random chance that you’ll get some super rare card and no need to purchase hundreds of dollars worth of packs to construct the “perfect” deck. You’ll be ready to go right off the bat with the cards in the box. 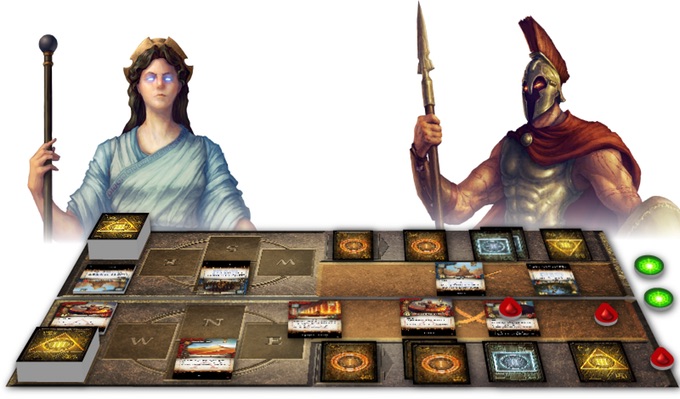 Each of the 4 starter decks also does a good job showcasing the 4 different deck themes: Mysticism, Negotiation, Sanctuary, and Aggression. I’ll let their Kickstarter explain.

via Twilight of the Gods (Kickstarter) 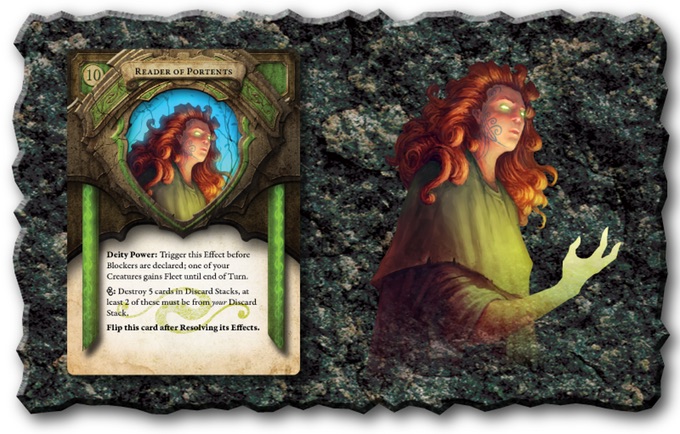 The Mysticism faction focuses its power on dealing lasting damage against your foes. Mysticism players are brutally efficient at whittling away their enemy’s maximum life and comboing their creatures’ effects to help their companions or to hinder the opponent’s minions. 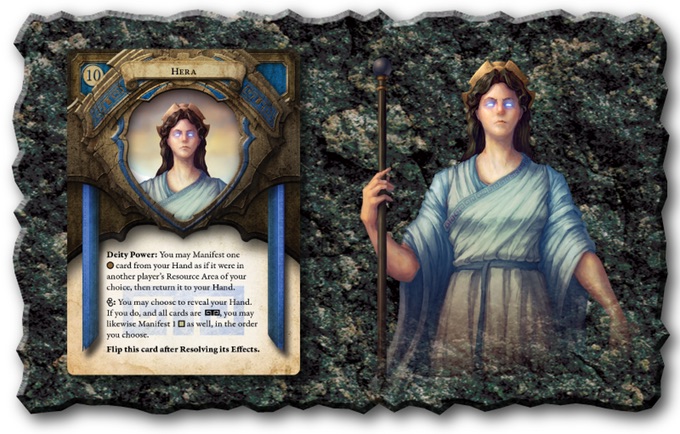 The Negotiation faction is known for its intricate use of tricks and deception. Negotiation players excel at Manifesting their traded resources to spring an onslaught of traps upon their foes. If you like setting up your victory ten turns ahead of your opponent, this faction is for you. 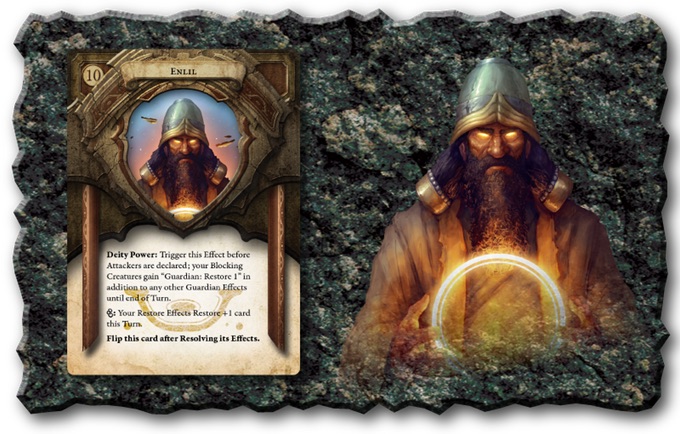 The Sanctuary faction is focused on outlasting your opponent. With each attack from the enemy, you will build your walls higher and stronger. They will watch in horror as your walls repair themselves with your arsenal of Restore cards. Once they have exhausted their power, you will be ready to open the gates and unleash your late-game might upon them. 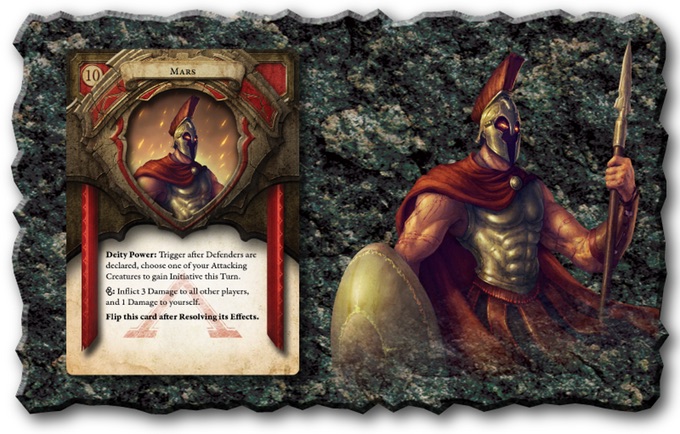 Each faction has a different play style as you can see above and each play style will appeal to the different types of card players out there. That is just one of the things that is so cool about this game; it’s wide open for customization. As the card pool gets deeper, the strategies will change and morph. More deities will be added with their own unique abilities and powers.

Gameplay wise, if you’re familiar with games like Magic or Hearthstone, you’ll grasp this one pretty easy. But what’s nice about this is that no matter what your hand looks like, you’ll always have something to do. You’ll never get mana screwed because all your cards can also be used as resources. You can even offer trades from your hand to your opponent! Now, they don’t have to accept your offers and can declare “No Trades” which ends the trade phase. However, you can also Seize a card from their hand…but I’ll spare you all the gritty details. If you want to read up on the turn order and how things do work check out their FREE RULEBOOK HERE.

It’s actually a really well designed game in how the cards interact with the different steps and phases in the game. On top of that the card art is also impressive. Style-wise, we definitely want to give them props on that front. The cards are all printed to a high standard and the productions values are certainly there. Twilight of the Gods is a fantastic total package!

Twilight of the Gods was a successfully backed kickstarter project and is now available in FLGS. They have lots of videos about the game on their KS Page so do yourself a favor to poke around and watch them. If you’ve got that CCG itch but don’t want to mortgage your home to pay for your card habit, check out Twilight of the Gods in stores now!

Twilight of the Gods 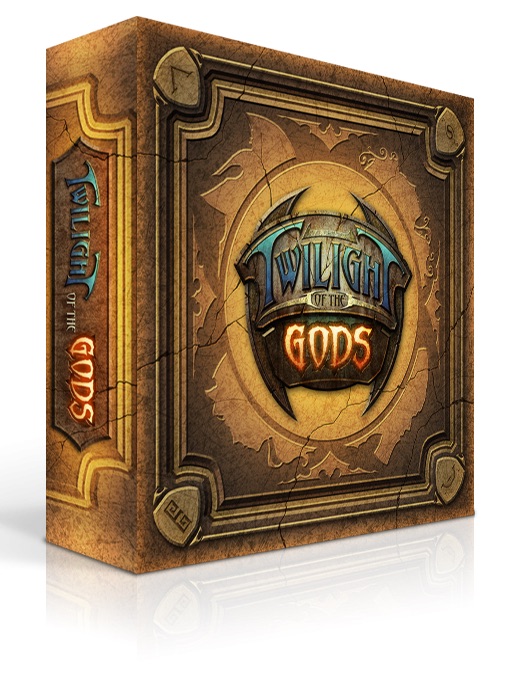 In Twilight of the Gods: Age of Revelation you and your friends will each assume the role of a deity from myth and legend, and battle to the death to see who is the strongest god, using human armies, mystical beasts, and heroes of renown from both past and future. These deities span multiple pantheons from numerous civilizations, and each favors a particular method of strategy – Aggression, Negotiation, Mysticism, or Sanctuary – which influences how your battle will play out. Every deity also possesses a special, once per game power that can be used to further the tide of battle in your favor, or come back from what seems like overwhelming defeat, so never count an opponent out until they draw their last card.

Good mechanics that are easy to learn and difficult to master? 4 Decks to start with and more expansions on the way? …You had me at no random packs to buy!

Author: Adam Harrison
Writer, Editor, Texas Native, and Austinite for 15+ years, Adam covers all things Tabletop Gaming. Which includes Warhammer 40,000, Age of Sigmar, D&D, Board Games and everything else that involves dice, boards, cards and a table. A hobbyist, player, and collector of miniatures and games, Adam's current obsession are his Death Armies for Age of Sigmar, his Blood Angels and Tyranids for 40k, and his ever growing Arkham Horror: The Card Game Collection.
Advertisement
Card Games CCG LCGs Tabletop Spotlight Unboxing Videos
Advertisement 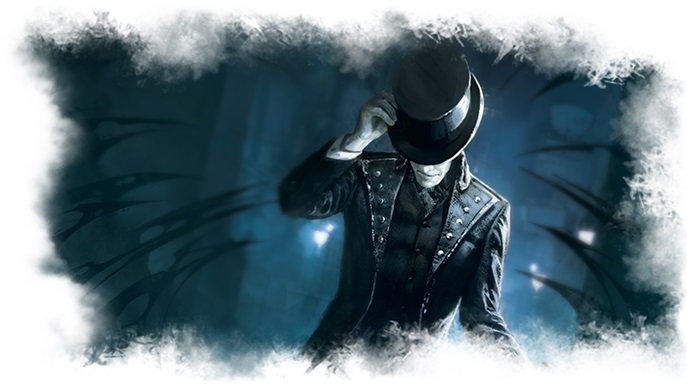