Come join the BoLS Crew as we take a look through the Age of Sigmar’s newest Campaign System.

AoS: Firestorm is really cool–just wanted to get that out of the way real quick. When Adam and I unboxed it, we were genuinely surprised and more than a little delighted by what was inside. Unfortunately, the original footage got eaten by wayward nurglings, but, we managed to redo it for you. Just a heads up for you guys. Alright, enough of that, on to the unboxing so you can see what we’re all gushing about.

As you can see, you get a LOT out of Firestorm. We thought it was going to be a poster-type map, but GW really flipped the script on us. Inside you get this amazingly crafted map that’s huge. It’s a great setpiece for the campaign, which makes me appreciate the effort they put into it–it’s a high quality board. It’s sturdy and the printing looks like it’d hold up well to repeated use. 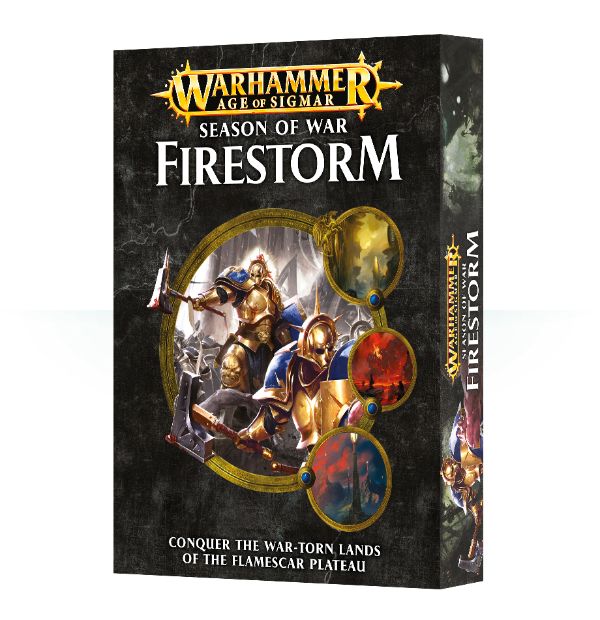 Which, there’s another big surprise–the vinyl stickers representing your faction forces, control, and other things you’d want to represent on the map all mean you can replay the campaign after you’re through. 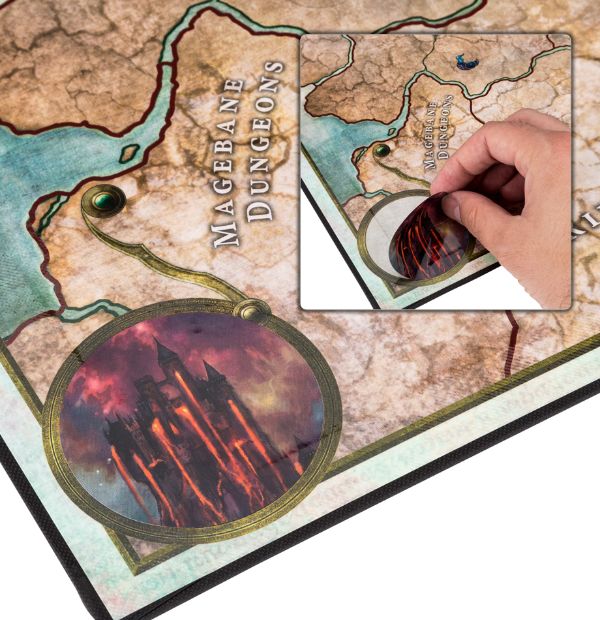 The system itself diverges from the Path to Glory. If Path to Glory is all about Warbands, Firestorm is about armies. Instead of one hero unit and a Warbands, the game centers around control of the myriad regions on the Flamescar Plateau. As players win battles they gain three kinds of points, glory, strategic, and build. All of these are used to upgrade your forces. You can erect buildings in your domain, buy upgrades for your units, or spend resources on stratagems to grant yourself an edge in upcoming skirmishes. 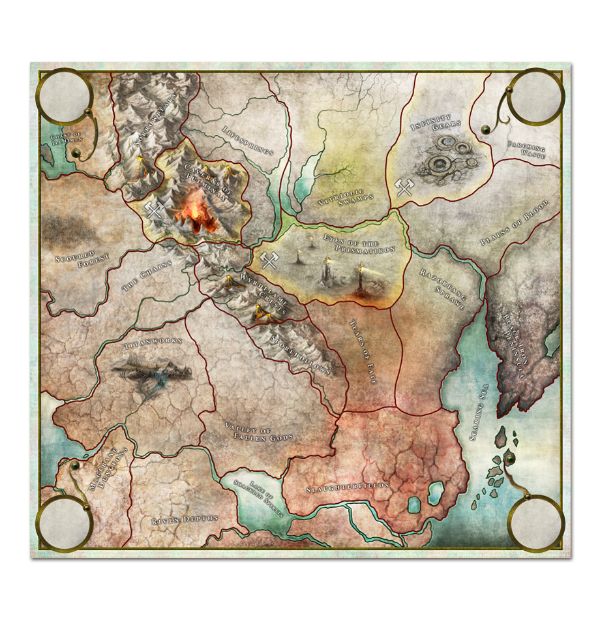 And the areas on the maps give you access to special abilities as well–this can range from extra units to extra damage to a solar laser you can unleash upon your enemies.

Add to that the various cards that give you secret objectives, special traps, etc. and there’s always something interesting in every battle. Firestorm adds purpose to each of your games. The campaign gives a framework, a goal,  and a narrative throughline to your games. This helps them mean a little more, and it’s what got us echoed about the possibility of playing this game (and of seeing something like this in 40k).

Firestorm is probably also a kind of weather phenomenon in the Flamescar plateau.

40K: Blightlords And You - A Primer