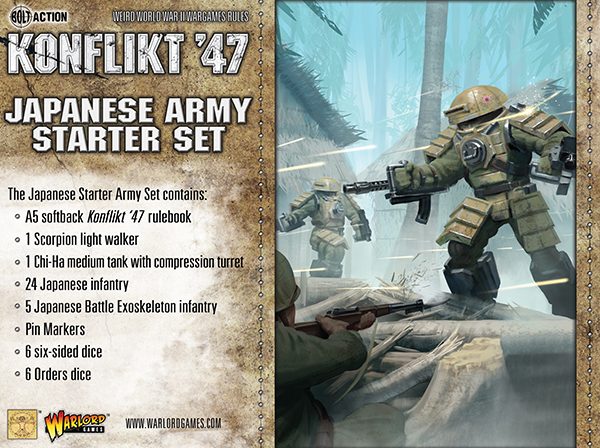 Get ready to Finnish what the Japanese started in Konflikt ’47.

The Japanese and Finnish have adapted to the new age of technology and are ready to show the world what they can do with these new pieces of equipment! June 1947. The Imperial Japanese Army is consolidating its position after almost 16 years of war, first with China, then in a brief struggle with the Soviet Union and later against the US and British Commonwealth. With major gains on the Asian mainland and still holding territory across the Pacific, the Japanese Army is under pressure but holding firm. New Rift-tech weaponry is appearing in greater numbers and the Allies political uncertainty plays to Japan’s advantage. The fortitude and fanaticism of the Japanese soldier remains a potent force, but it’s the Rift-tech Scorpion light walker that terrifies its enemies, a stealthy machine with a powerful weapon load. As Walker technology advances, the humble tank may become obsolete, but in the meantime, the Rift-tech weaponry upgrades keep the proven Type 97-Kai Shinhoto Chi-Ha in the front line, its compression cannon capable of defeating infantry and Allied tanks alike. The starter set is merely a taste of what is to come, the Japanese are looking to completely secure their place within the world alongside Germany and Finland. With vigour and tenacity, the Japanese set forth their second wave of troops, immediately behind the first.

Designed to work in conjunction with the starter bundle, this expansion set, combined with the starter set, will give you an army worth of up to 1500 points, allowing you to play small to massive battles! For glory, honour and in the name of the Emperor, this bundle will grant you victory, it contains:

Revitalised by the SS forces, the Finns have returned with vengeance against their Soviet Union foes. Empowered by German ideology and technology, the Finns will now stop at nothing to crush their enemies. Crush Stalin and his men! This bundle is about ready to burst! It contains:

Get into the Konflikt today and fight in Weird War 2

Author: J.R. Zambrano
Bell of Lost Souls Staff Writer and DM, J.R. covers RPGs of all stripes and on occasion eats sandwiches. You can ask him about either at [email protected]
Advertisement
Konflikt 47 Kromlech Tabletop News
Advertisement 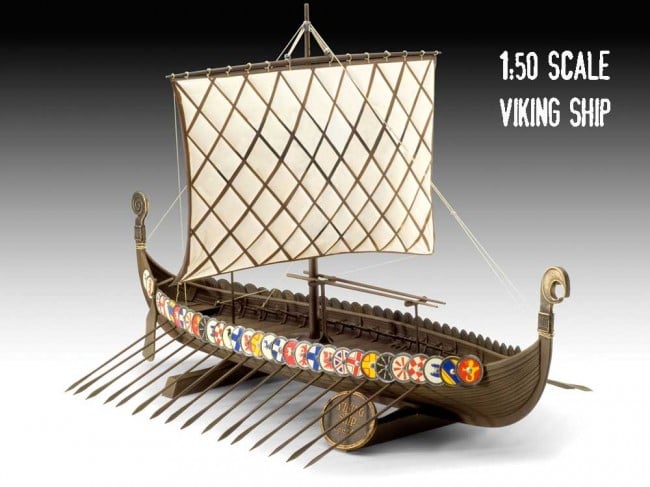