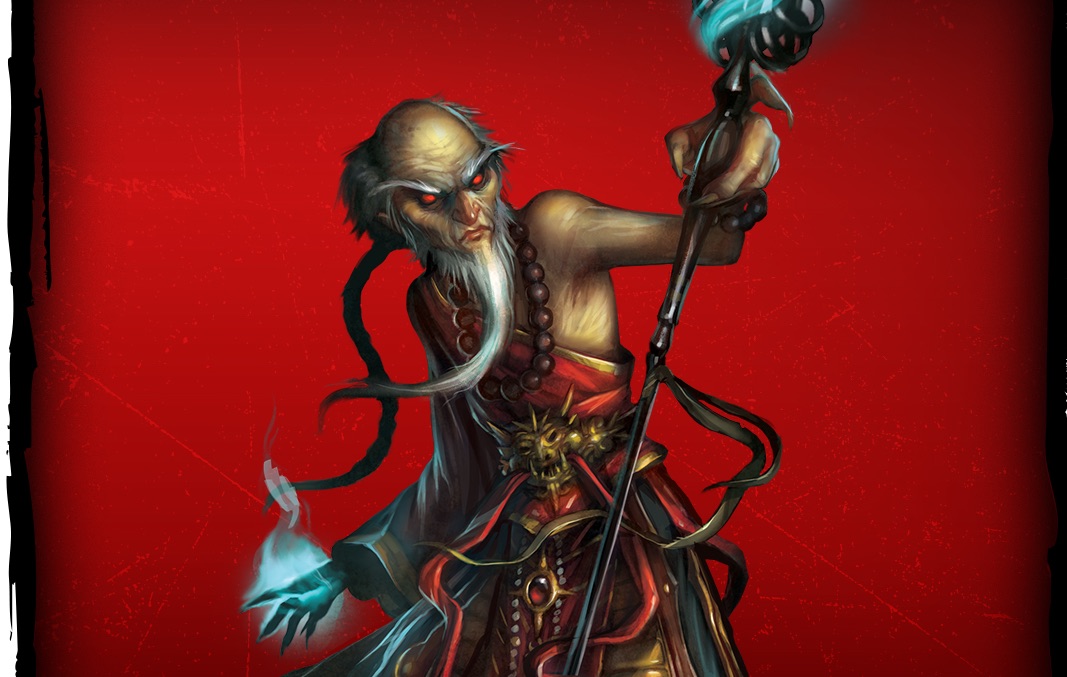 Here’s a look at the new artwork for Yan Lo, the enigmatic figure, cursed to walk the path between life and death.

Take a new look at Yan Lo’s new look. Yan Lo is a mysterious figure even for Malifaux. Long ago he committed some terrible sin and was cursed to wander the world, and would have been forever trapped, his mind fragmented and insane and unable to find his way back to the physical world. At least not until he was aided by the skills of Chiaki–but even now much of who he is is a mystery only hinted at through his powerful abilities.

Much of Yan Lo’s history is lost to him. Many years ago, he was cursed for committing a terrible crime, cast out from the world of the living and forced to wander the paths of the spirit world in a confused fugue. He would be there still, were it not for his niece, Chiaki.

For years, Chiaki’s parents told her the legend of her ancestor, a fearsome sorcerer who had been cursed to a wretched existence trapped halfway between life and death. When Chiaki came to Malifaux, she slowly reached out to her ancestor’s spirit, cultivating the thin, flickering essence of her ancestor that still burned within the heart of the wretched spirit he had become. Gradually, she was able to rekindle that spark into a burning flame and restore her ancestor’s mind. 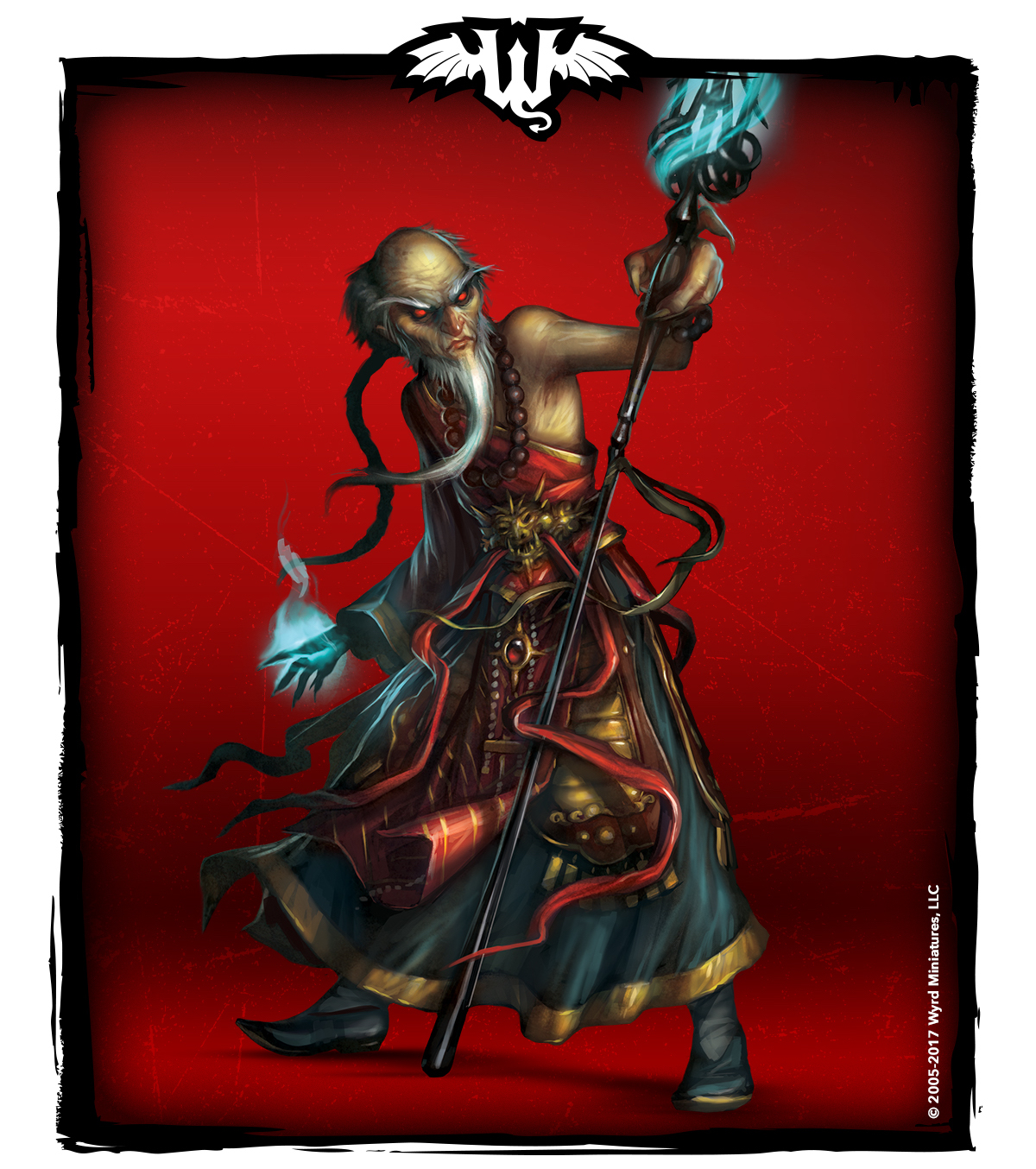 In the years since his return to sanity, Yan Lo has served the Ten Thunders as their spy within the Resurrectionist organization. Those who are aware of his identity treat the old man with great care and respect, for they have seen first hand how ruthlessly Yan Lo harvests the souls of those who disrespect him. Ripped from whatever afterlife might have awaited them, these souls of these fools become little more than fuel for the ancient sorcerer’s dark magics.

In the dark alleys of the Little Kingdom, Yan Lo is served by the Gokudo, a cult of thugs who believe they serve the mysterious Wei Lu, one of Yan Lo’s false identities. Membership in the Gokudo is by invitation only, for all of them are the descendants of those who swore fealty to Yan Lo many centuries earlier. Upon reinforcing this bond with their own oaths, these unfortunate men and women become utterly subservient to the immortal sorcerer’s wishes, both in this life and the next.

With the assistance of these enslaved servants, Yan Lo was able to help the Ten Thunders bring an end to the rule of Governor-General Herbert Kitchener. In exchange for his service, the Oyabun of the Ten Thunders told Yan Lo of the beast that had cursed him: the oni known as Lingxuzi. Yan Lo’s own investigations confirmed the Oyabun’s story, and now, the undying sorcerer seeks to find this oni in order to learn more of his past… and to punish it for the centuries of torment it had inflicted upon him.

What new mysteries will Yan Lo discover…find out in the world of Malifaux!

Author: J.R. Zambrano
Bell of Lost Souls Staff Writer and DM, J.R. covers RPGs of all stripes and on occasion eats sandwiches. You can ask him about either at [email protected]
Advertisement
Malifaux Tabletop News Wyrd
Advertisement

Outside the Box - September 15th