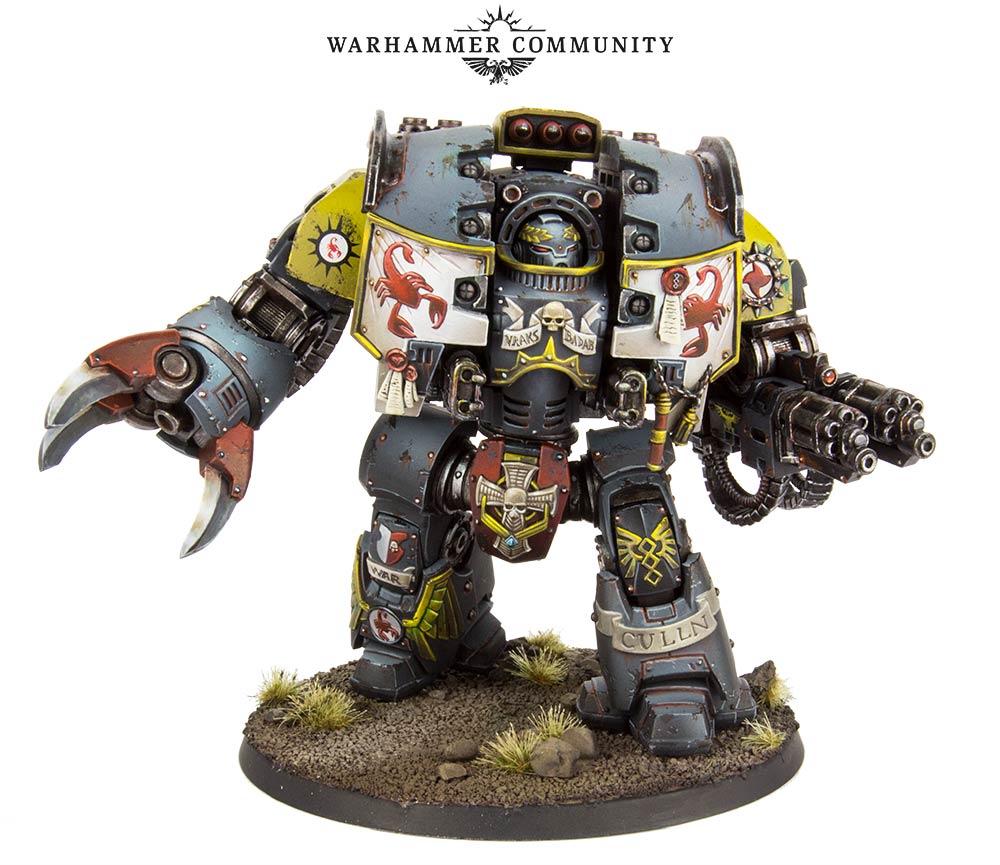 Carab Culln, Chapter Master of the Red Scorpions is getting new life (sort of) in 8th Edition–we hope he enjoys his new home.

Now we know who the new Red Scorpion that we saw teased earlier is–it’s none other than Carab Culln, former Chapter Master of the Red Scorpion. It’s been a storied career for this hero–he’s gone from Captain to Chapter Master, and now he has a lovely forever home as he’s been interred in a Leviathan Dreadnought. He’s the very latest release for the Warhammer 40K Character Series, and you’ll be able to pre-order him soon from Forge World.

Carab Culln the Risen combines the might of a Leviathan chassis with some custom weapons utilising 41st Millennium tech, like a twin assault cannon. He’s a fantastic leader for a Red Scorpions army and a great way to continue the ongoing story of this hero of the Imperium.

Looks like former Chapter Master Culln is getting settled in to his new digs–his be-laureled helmet gazes out on the enemies of the Imperium as he brings heavy weaponry to bear against his foes–we know he’s going to be based off of a Leviathan Chassis, which probably means 14 wounds, 2+ WS/BS, and it looks like our friend there is armed with a Siege Claw and a twin assault cannon. Here’s the statline for just the regular assault cannon:

I imagine a twin assault cannon is probably Heavy 12 with the same stats as before. And strength 6 shots will make anyone feel a little nervous–that coupled with the Siege Claw make me think that Culln here is particularly suited to dealing with heavy infantry. Or mowing down mobs like nobody’s business. At any rate–we’re looking forward to seeing what Culln gets up to, and following the unfolding saga of the Red Scorpions.

Also wouldn’t be surprised if that’s a Havoc launcher or the like up there above his head. 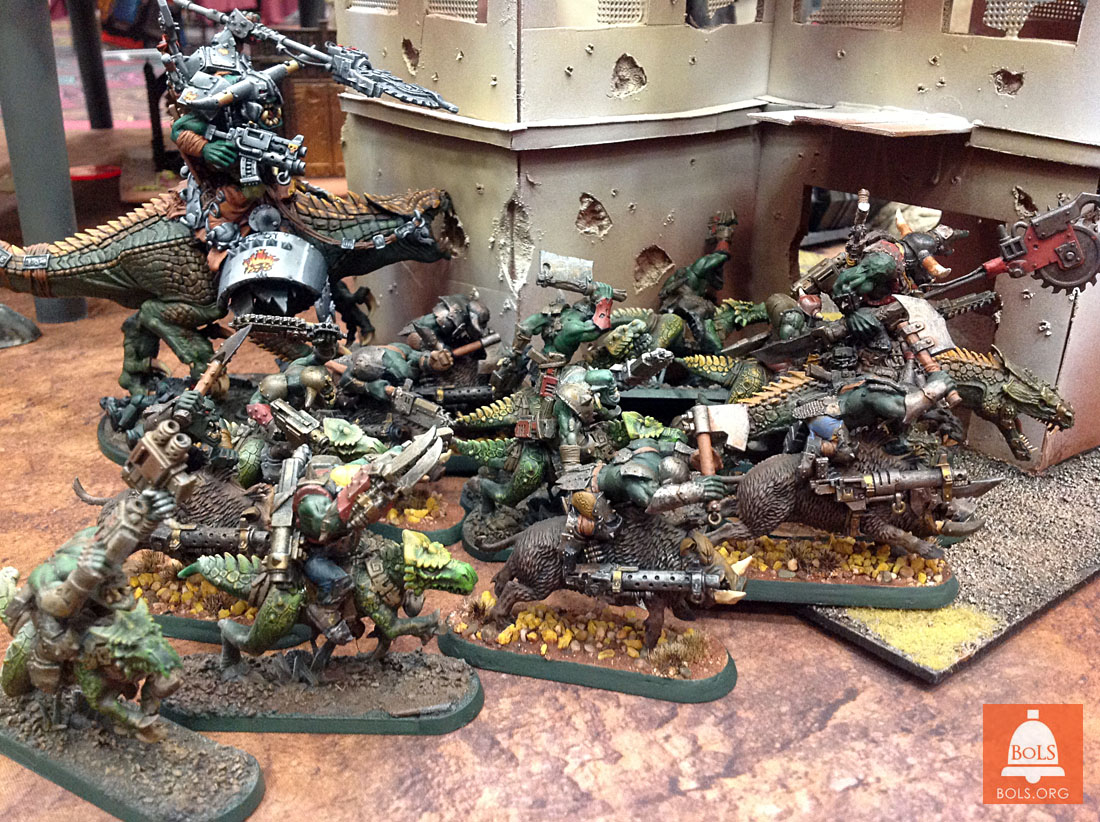