40K Chaos players have a beef with Guilliman – and they need to get over it.

I would like to add a short preamble to this 40k article. I was once a hard core tournament player and then came the end of 7th edition so I decided to switch over fully to playing 30k. 30k is a very balanced game and not playing tournaments any more I learned that gaming can be fun for just the experience and being totally immersed in the game. Sure I still like to win like everyone but the things I enjoy most changed. I’d also like to add that I have played Chaos Space Marines (CSM) since 3rd Edition… we once were so mighty then came the eventual fall but now we are finally strong again.

What prompted me to write this diatribe was a game this past weekend versus CSM and it was my first game playing Space Marines in 8th edition. My opponent brought both daemon Primarchs and a Lord of Skulls with cultists and some sorcerers for Warp Time… his strategy was to cast Warp Time on the heavy hitters and go for broke. I brought Guilliman with a fluffy army not optimized. He constantly complained about my Primarch throughout the entire game which was very disappointing for me. I felt like he had a big chip on his shoulder to be honest. He is a good guy though and I told him how I felt. (It was Goatboy) 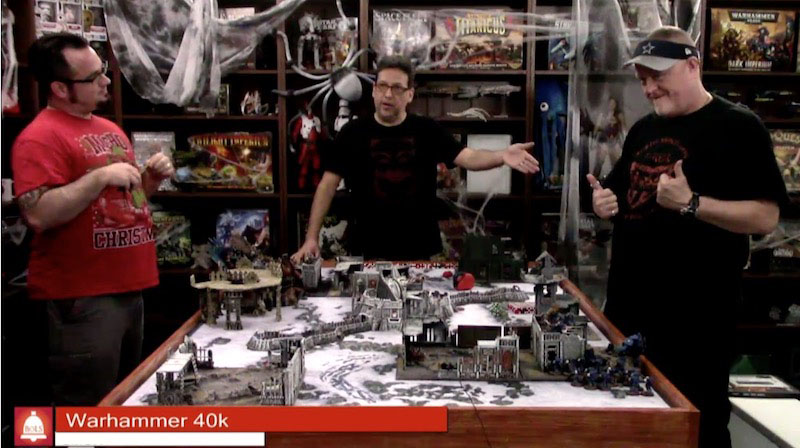 Watch Me and Goatboy Play

This week we have seen the FAQ for Astra Militarum and the nerf to conscripts. It’s a big deal. I’m not going to say it was needed or not needed but as a formerly very competitive player I am going to say to CSM players need to put on their big boy pants and STFU about Guilliman… LTP. I have never been into petitions to Games Workshop to nerf other people’s armies, that’s not how how I roll. Having discussed this topic on some large FB groups built around competitive 40k my take on it is most of the hate towards Guilliman comes directly from CSM players. 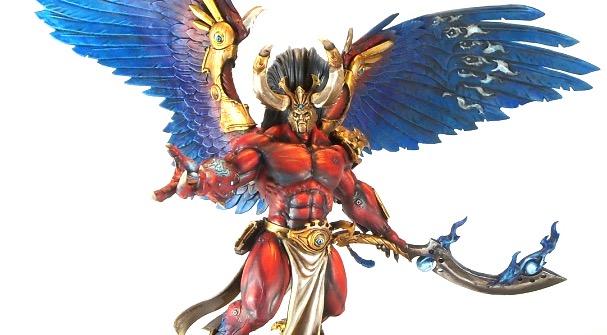 Let’s take a look at both of the daemon Primarchs. Both have wings and psychic powers plus lots more win. Magnus is rocking a 3++ invulnerable save rerolling 1s since he is classed as a Daemon of Tzneetch. Roboute has 9 wounds, half as many as either deamon Primarch… Guilliman can get back up after being destroyed on the roll of a 4+ with d6 wounds which with a command point and a successful roll is the same number of wounds – it’s not a sure thing by any means.

I don’t see any Imperial players targeting either daemon Primarch with demands for the ban hammer yet nor has most any Guilliman list won any major tournament except for Lawrence the Spyder over in the UK but for real he is very amazing. If Guilliman is FAQd to have say 10 wounds he will be unplayable. I also think that some competitive players need to realize the game does not solely revolve around them and their desire to win. Nerfing Guilliman would adversely affect non competitive players who enjoy using him as he is now… their enjoyment is just as valid as anyone else’s. If something is really broken for sure it needs to be fixed but imho this is not the case.

To me the inclusion of Primarchs into 40k is really cool… I love it and that’s all I have to say on this sensitive subject.

~What’s your take on Guilliman?