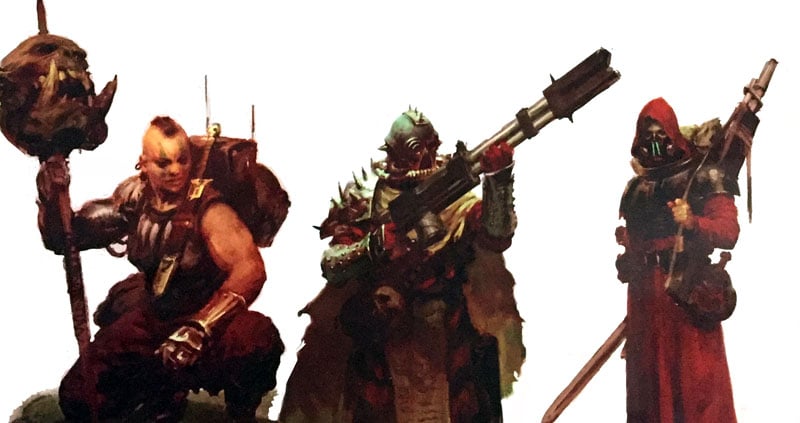 Sure we have rules for the 8 famous Regiments that have been around for decades – but I like the challenge and modeling opportunities of these new ones.

We’ll take these two at a time and talk about conversion possibilities – and what I would run them as based on their fluff. 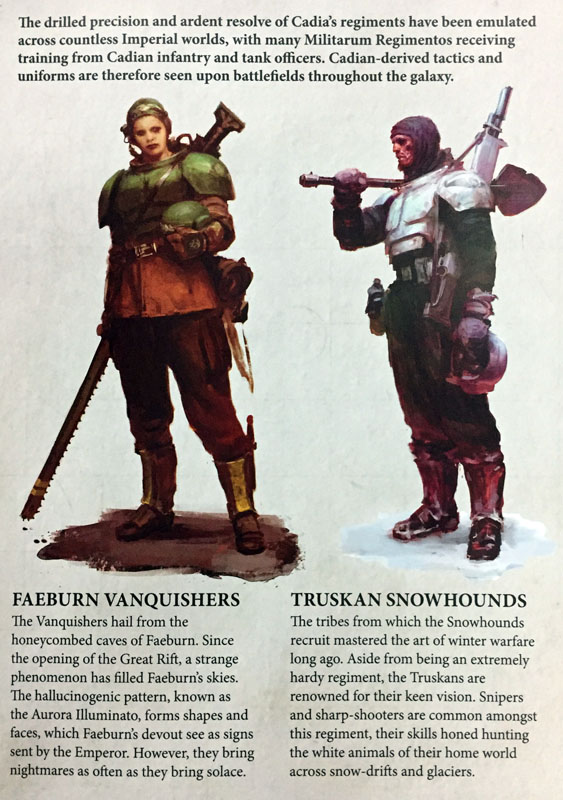 Faeburn Vanquishers – look like standard Cadians models with an alternative paint-scheme – and mix in some female heads just for good show. I would also mix in some ministorum bits here and there to reflect their devout nature. Suggested Doctrine – Cadia 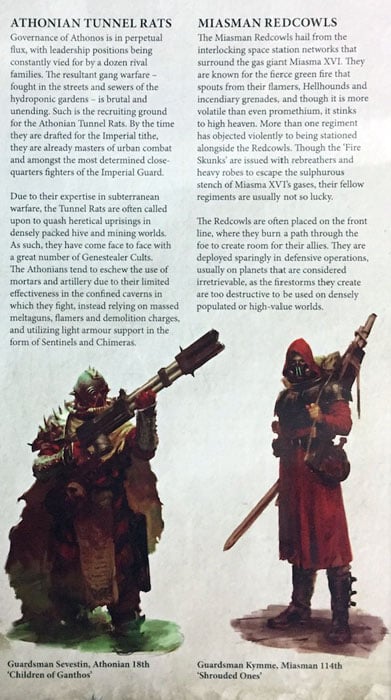 Athonian Tunnel Rats – A tough one. these look like a combo of Chaos cultists, CSM helmets and IG weapons.  Suggested Doctrine – Steel Legion (Hivers who use vehicles) 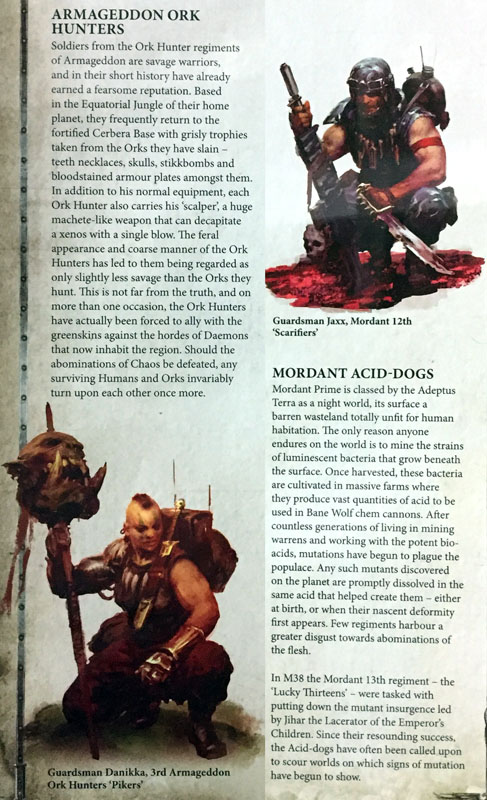 ~Which one would you do, and what doctrines would you pick?

Author: Larry Vela
Dad, Gamer, Publisher, Pilot, Texan. All games all the time since junior-high. I started BoLS Interactive in 2006. I’m a lifelong tabletop & RPG gaming enthusiast, and internet publisher working to entertain and inform my readers every day. I've been playing RPGs and Tabletop Games since the 1970s. I'm been playing and covering Warhammer and Warhammer 40K for over 35 years.
Advertisement
Astra Militarum Lore Warhammer 40k
Advertisement 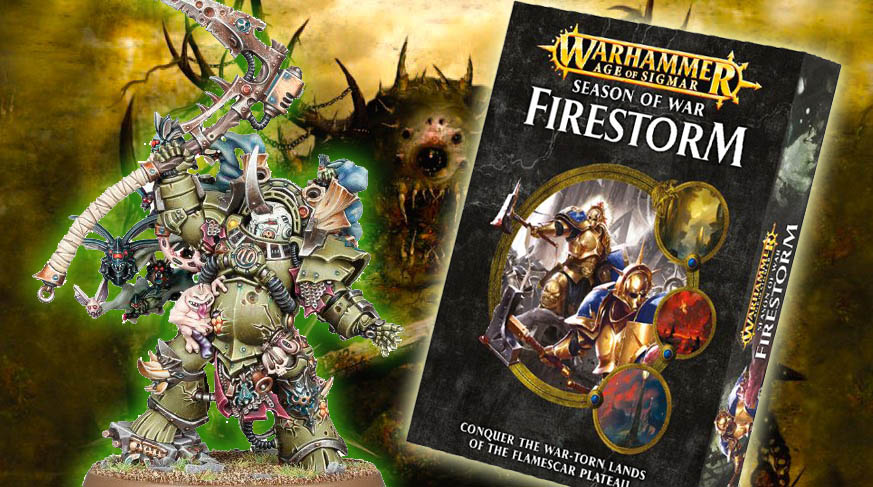