With a new Codex on the way AdamHarry is both excited and nervous for his beloved Tyranids.

Hey BoLS Readers, it’s AdamHarry and I’m here to chat with you all about my hopes and expectations for the Tyranid Codex – and how to prepare for the crushing reality it it doesn’t live up to those.

Looking at the current crop of Codexes, it’s hard not to get at least a little excited about the prospect of a new Tyranid Codex. Right now, it’s getting to the point where if you don’t have a Codex, you’re playing with a handicap vs those who do. Think about it – they have a bucket of stratagems, more warlord traits, more psychic powers (or equivalent abilities), sub-factions to choose, more relics to use… it’s just an awkward spot right now. So, yes, I want a Codex to bring the Tyranids back up to the same footing as those who have a book.

I’m expecting to get all of those things in the new Codex. That has been the blueprint since the Space Marines waltzed in and started shooting everyone with hot-plasma. The Index also gives us a glimpse as to what GW has planned. Lots of Aura Abilities, built-in synergies just for taking complementary units, and some mean options for units that might have been “underused” in previous editions.

Those are just some of my expectations for the book – I’m sure you have your own, too. But I’m trying to keep my expectations grounded in facts and trends. That’s because expectations, when not met, can really cause problems for people in general. For a real-world example, when I turn on the water faucet, I expect water to come out. If it doesn’t I’m going to be a little bit more than just disappointed. I’m going to get mad. It’s healthy to recognize and separate your expectations from your hopes. All the things in the above graphic are things I would expect – and other bits in the codex are things I’m just hoping for.

Hope: The First Step On The Road To Disappointment

Things I’m hoping for in the new Tyranid Codex include things like a way to deal with armor better than just “punch it with your claws.” I’m hoping for more cool new models to build. I’m hoping that the points get another pass and that wargear/options get better. I’m hoping that Raveners get a freaking 4+ save! I’m really hoping that Tyrant Guard get the same special rule as Deathshroud so my walking Tyrant gets more play time… 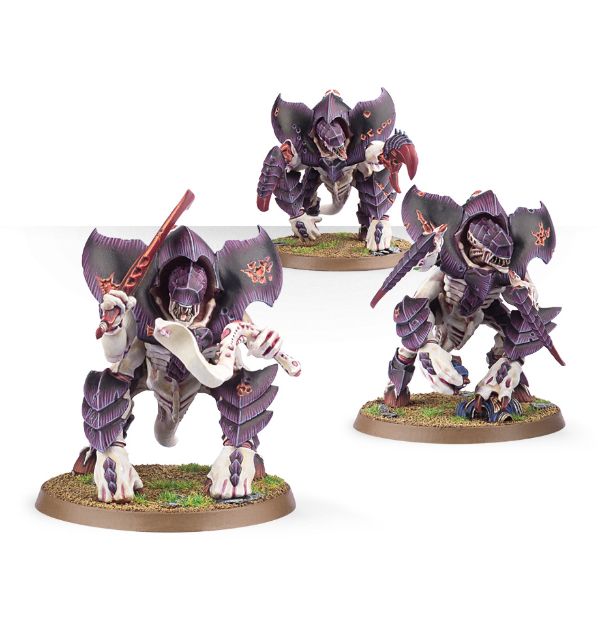 I’ve got a wish-list of things I’m hoping my Tyranids get in the new codex and I’m sure other Tyrand Players out there do too. At the same time, I’ve got to recognize that those are just things I’m hopeful for and not things I should honestly be expecting. These are pipe-dreams. If they happen then it’s great! If they don’t, well, that stinks but at least I was being realistic about it.

I hope this load out is better…but I’m not betting the farm on it.

Even though your hopes and dreams for a new codex might be “the best thing ever” and “make total sense” that doesn’t mean they are guaranteed to happen. GW can’t read your mind and just because you think it’s a great idea doesn’t mean it’s going to make it in the next book. Recognize your hopes vs expectations and try to keep those two piles separated.

GW doesn’t have to provide you with the new warlord traits, psychic power, etc…If they don’t I think that’s a huge mistake and I bet Tyranid players would probably revolt. I also think that Games Workshop knows that and it would be a bad call from the business end to not include those things. But the reality is those are still things we’re all expecting. If they don’t show up, much like the water from the faucet example above, I think folks are going to be mad. Will they be justified? As much as a person can be upset about a game involving plastic dudesmen has any right to be. 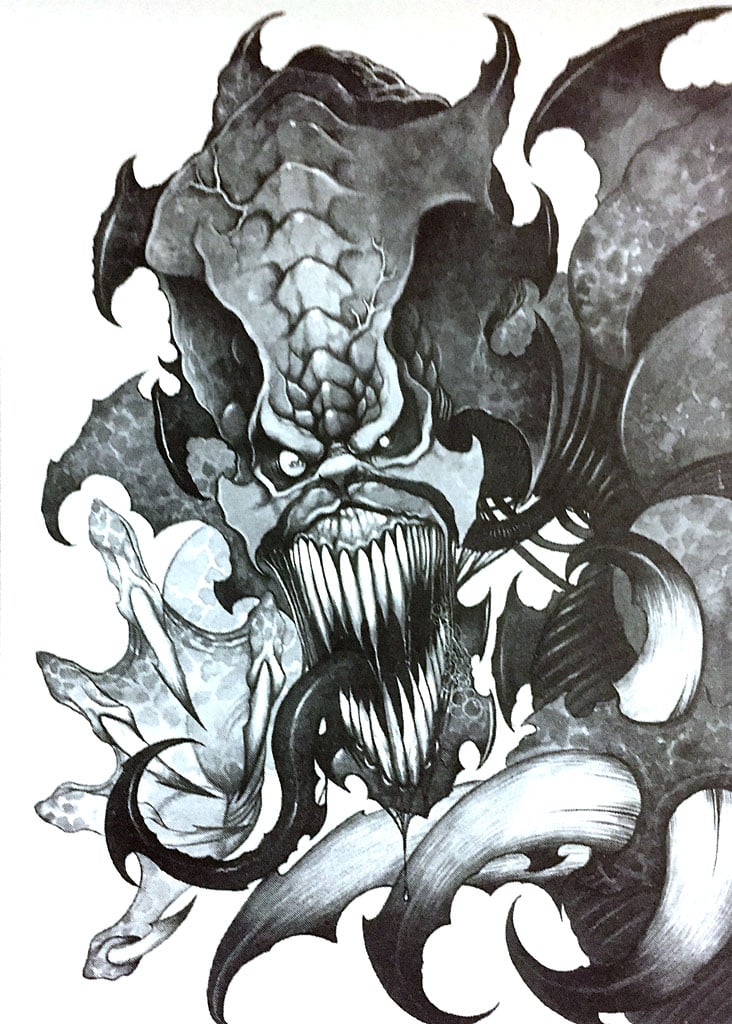 Now, if my wish-list doesn’t get checked off I don’t think I’m going to lose any sleep over it. I’ll be disappointed, sure, but I’ve also recognized that those things 1) aren’t likely to happen and 2) aren’t in my control anyways. I used to have a manager tell me “don’t let things you can’t control control you.” What he meant was don’t let things you can’t do anything about get you worked up and angry. That was some really good advice and it’s helped me out on some rough days.

My advice for folks who are feeling excited and anxious about their new Codex (Tyranid or Eldar players out there) is to go through your own expectations list and figure out which bucket they fall into: Expectation or Hope/Wish-list. I think if you actually do that, you’ll find yourself less worried about something that you have zero control over. Plus, when your respective Codex does come out, you hopefully won’t flip out if it’s terrible…Or you’ll be able to enjoy the awesomeness of having a new codex!

What are some of your Expectations for the Tyranid/Eldar Codexes? What are somethings you have in your wish-list of the codex?

Author: Adam Harrison
Writer, Editor, Texas Native, and Austinite for 15+ years, Adam covers all things Tabletop Gaming. Which includes Warhammer 40,000, Age of Sigmar, D&D, Board Games and everything else that involves dice, boards, cards and a table. A hobbyist, player, and collector of miniatures and games, Adam's current obsession are his Death Armies for Age of Sigmar, his Blood Angels and Tyranids for 40k, and his ever growing Arkham Horror: The Card Game Collection.
Advertisement
BoLS Editorials Games Workshop Tyranids Warhammer 40k
Advertisement 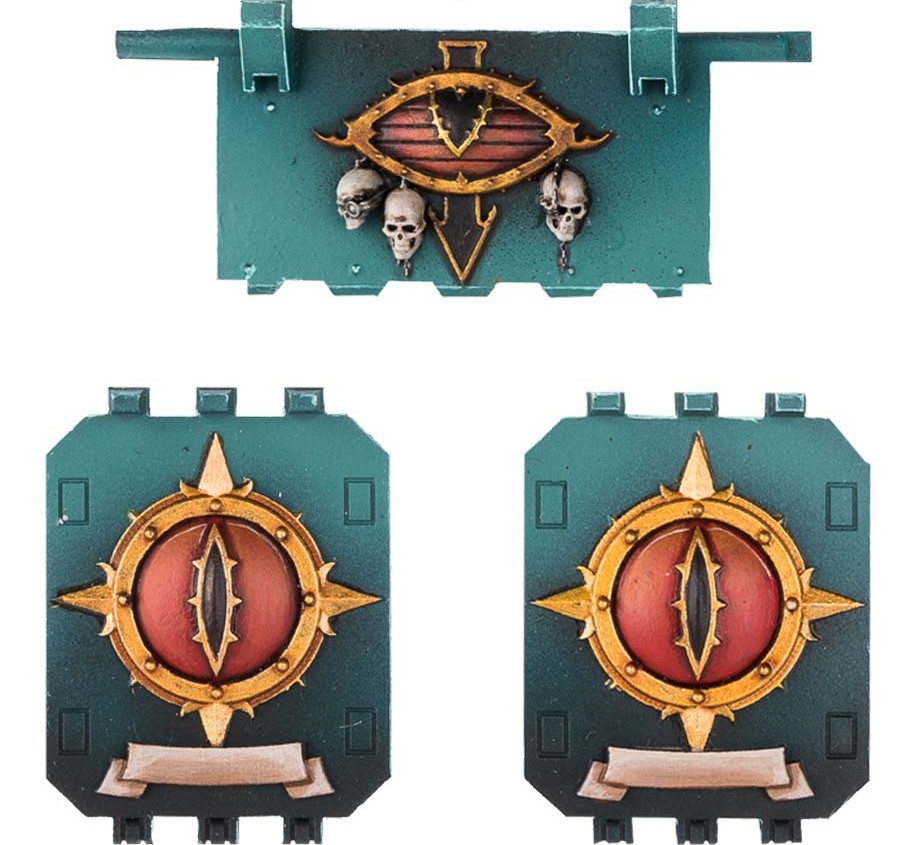