40K: Vindicator and Predator Charge Into World of Tanks

Macragge’s Thunder is coming to World of Tanks, and soon Predators and Vindicators will fight alongside Pershings and Shermans and T29s and Panzers.

This Halloween, the World of Tanks collides with Warhammer 40K. We’ve talked about the special Halloween event before, but today we’ve got a couple of sneak peeks (or stealth mountains if you prefer misspellings) at the tanks themselves. Take a look at them, check out their stats, if you’re into that sort of thing, and get a feel for how these things will play in World of Tanks Blitz.

So here’s what we know. The Predator and Vindicator are both getting models, each one comes with two different skins so you can choose if you want to rep the Ultramarines or the Iron Fists when you roll out into Macragge. The new map is a reskin of the Fort Despair map, but it’s been skinned up nice and grimdark for the event. So if you want to practice so that you can dominate the map when Halloween rolls around, then get your practice runs in now. Images and a sneak preview video courtesy of YouTube user Sk8xtrm.

The Predator is a Tier VII Heavy Tank, and has a surprising amount of maneuverability for its category. As well it has an autoloading gun that looks like it’ll make a pretty decent impact, so if you want to try a different playstyle, the Predator seems like it could be a ton of fun to take command of. And for those of you who’ve never played World of Tanks–they go pretty in-depth with their statistics. There’s a surprising amount of complexity to the systems that interact with one another. Take a look at this breakdown of the Predator. 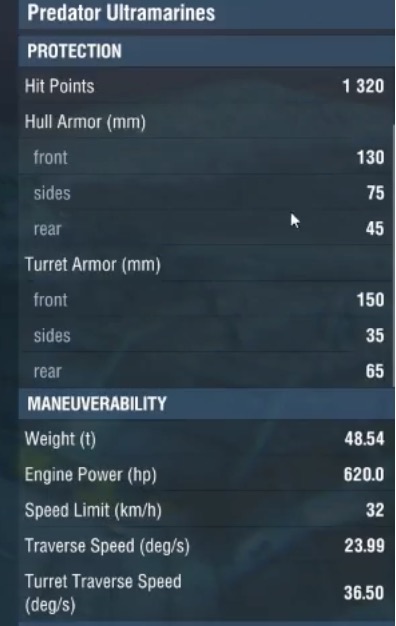 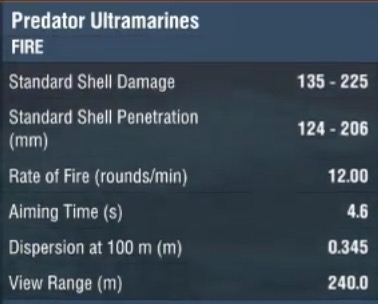 This should give you an idea of how the Predator will play, and the kinds of engagements you can expect. This feels like a decent brawler–especially compared to the Vindicator. 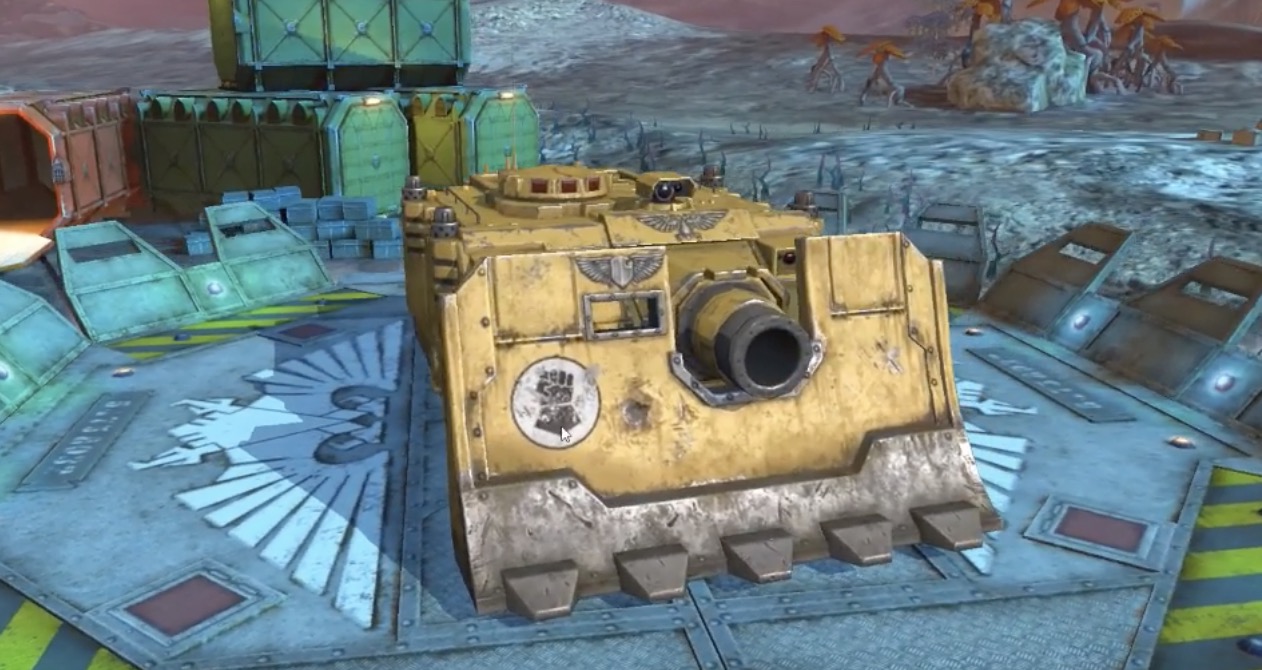 This guy looks incredibly beefy. The thing that most people are excited about is that the barrel is basically a sturmtiger gun–and it’s definitely a great big derp gun. But it doesn’t quite top out the tier compared to other big derpy tanks: 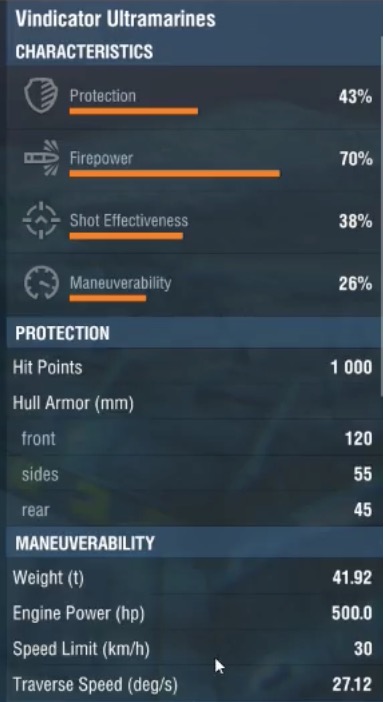 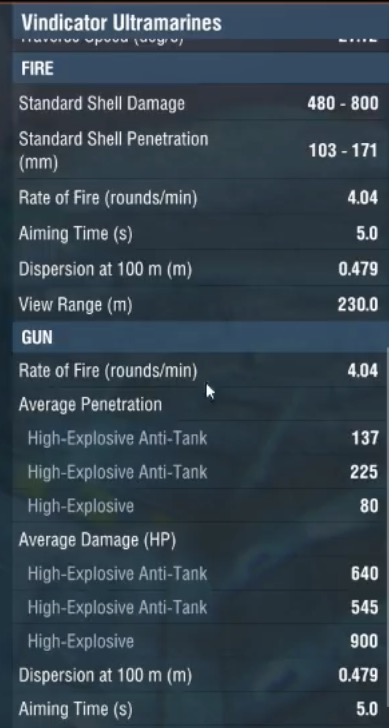 Though it does hit like a ton of bricks if you manage to get in with those HE shells. At any rate–that’s a glimpse of what the two tanks will be like. And here’s the reskinned map: 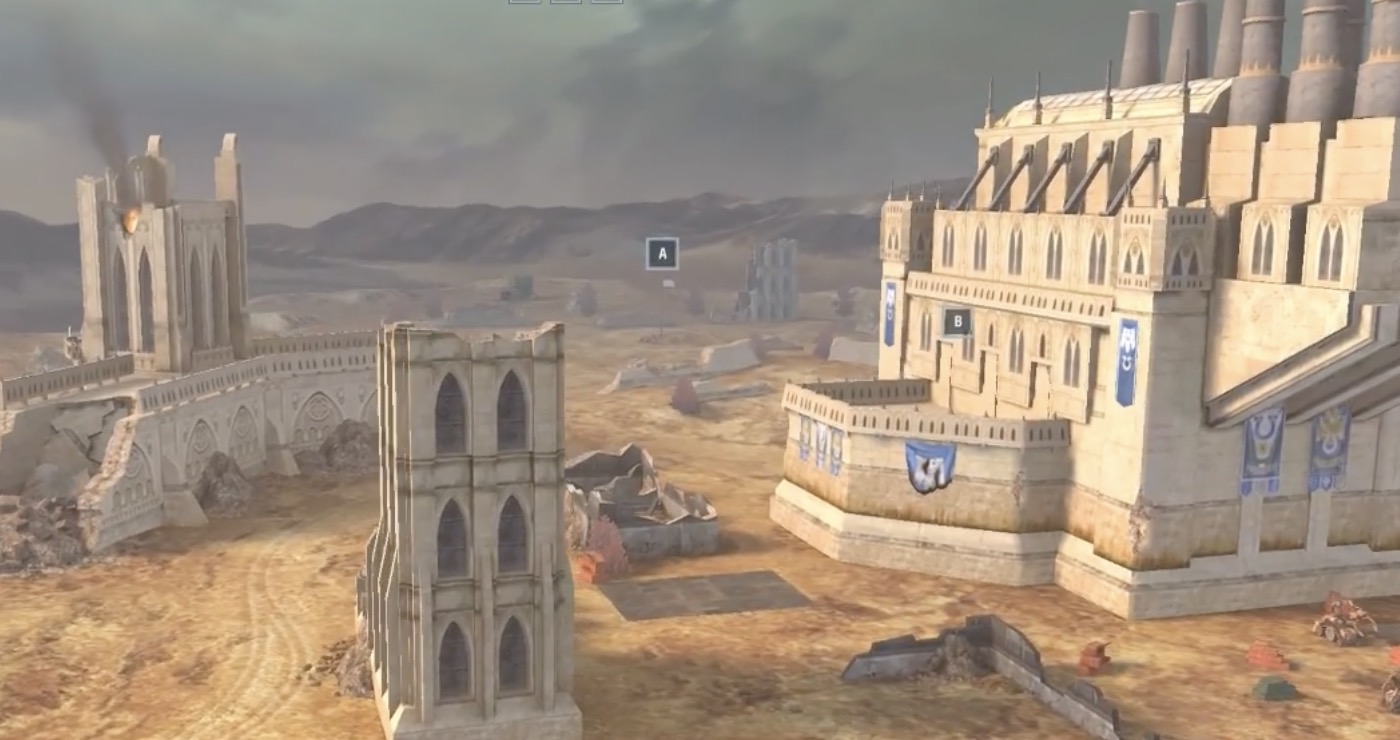 World of Tanks Blitz is free to download and play, and is available for most devices (iOS, Android, PC, Mac) and supports cross-platform play. So if any of this seems like it’d be up your alley, check it out.