Exactly like it says on the tin. Get your updated Warscrolls while they’re hot!

Short but sweet–Chaos’ Warscrolls have an update. Blades of Khorne, Disciples of Tzeentch, clarifications to wordings and keywords and more await. Don’t delay, update today!

Since the release of the General’s Handbook 2017, we’ve been listening to your feedback, and we’ve received a number of questions on how Chaos allegiance abilities work. We’d like to clarify that all references to ‘Blades of Khorne’, ‘Disciples of Tzeentch’, ‘Hosts of Slaanesh’ and ‘Nurgle Rotbringers’, are synonymous with ‘Khorne’, ‘Tzeentch’, ‘Slaanesh’ and ‘Nurgle’ respectively. For example, a Blades of Khorne army can also, and interchangeably, be referred to as a Khorne army. 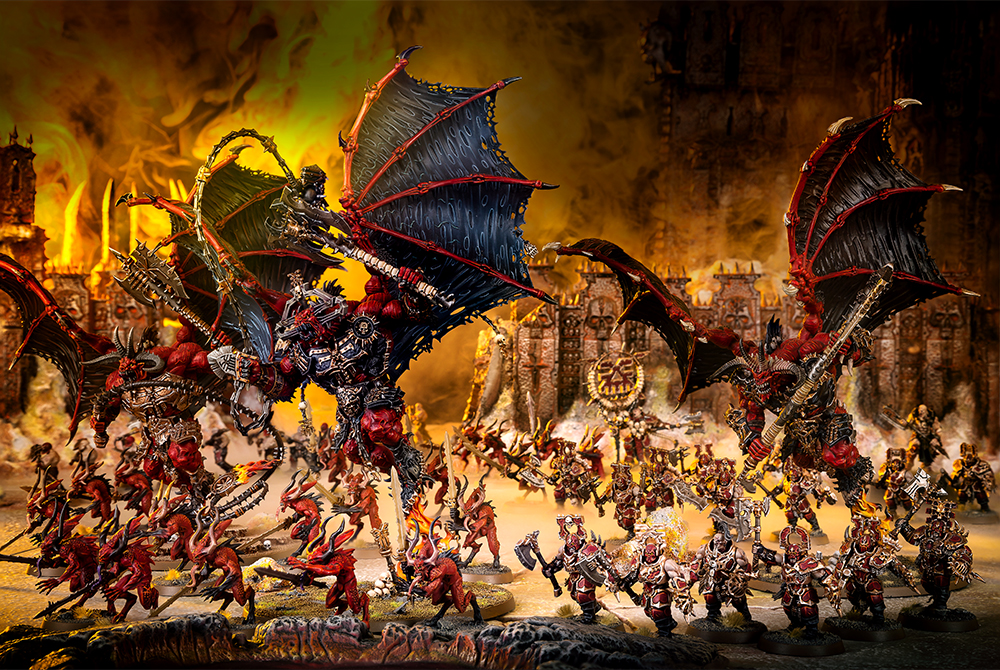 For instance, a “Hosts of Slaanesh” army with Hosts of Slaanesh allegiance abilities could include Mortal units with the Slaanesh keyword from Slaves to Darkness, and a Khorne army could mix units from the Khorne Bloodbound list with the Daemons of Khorne list and the Slaves to Darkness. Similarly, a Nurgle army could combine Nurgle Rotbringers, Daemons of Nurgle and even Clans Pestilens units under the Nurgle allegiance abilities.

Monsters of Chaos get an update as well, so look closely and figure out how it affects your favorite models today!

This explains why I keep hearing those Bloodthirsters calling out to me…right?