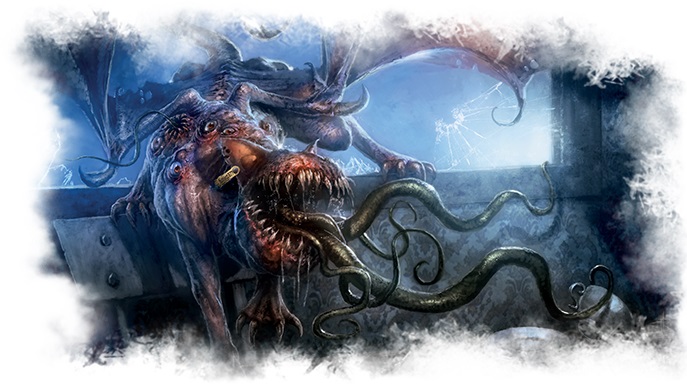 Fantasy Flight Games has a new scenario for you and up to 11 of your friends – Welcome to The Labyrinths of Lunacy!

Arkham Horror The Card Game has been a big hit with me and, based on the fact that the packs keep selling out, I get the feeling I’m not the only person enjoying this game! A typical game of Arkham Horror consists of playing through one of the scenarios. These scenarios are linked together to form a campaign. As an example, if you want to run through a full campaign you’d start with the Dunwich Legacy and then play through the six connected Mythos Pack Expansions in that arc.

You can also play side quests or one-shot games with the stand alone adventures like Curse of the Rougarou or Carnevale of Horrors. The big thing about all of these adventures is that they can be woven together to form a single story for 1-4 players. That’s where The Labyrinths of Lunacy changes things up…

Fantasy Flight Games is proud to announce that you will soon be able to get your hands on The Labyrinths of Lunacy scenario for Arkham Horror: The Card Game!

With this unique, 80-card standalone scenario, you become the prisoner of a mysterious mastermind, forced to take part in his cruel experiments. To escape, you and your fellow investigators will need to work together. You’ll need to piece together the clues to solve your captor’s twisted riddles. And you’ll need to hurry—you aren’t alone in this prison… 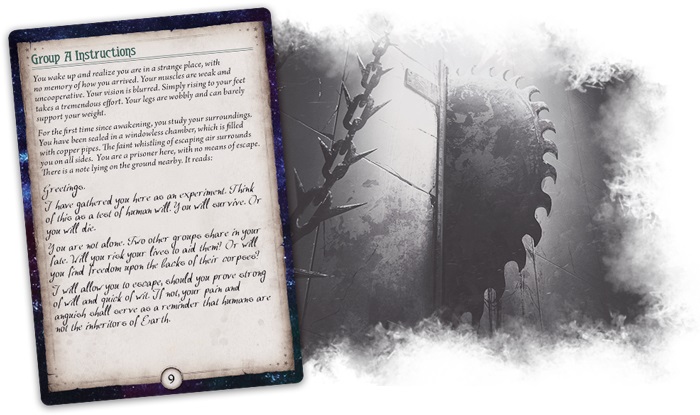 The Labyrinths of Lunacy is not designed to be played as a side quest in your larger campaign – it’s too big! It was created to challenge up to 3 separate groups of investigators at once – that’s up to a total of 12 players! This new Epic Multiplayer Mode allows you all to share your successes and failures with each other and brings a whole new challenge to the game. While each group might deal with these challenges apart from the others, how they progress will impact the other groups part of the adventure. 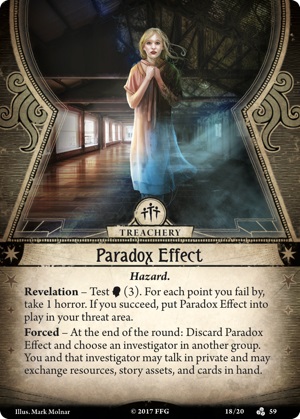 “But I don’t have a group of 12 that plays so this mode is useless for me.” Well good news – the scenario is also playable with a single group of investigators as well. In fact, there are 3 different modes you can play: Epic Multiplayer (for up to 12), Single group (up to 4), or one for play in either format. That’s right, FFG thought about that already so they had you covered. One note to remember – if you do plan on playing with multiple groups each group will need a copy of the pack to play.

If you’re looking for a new play experience with a larger group of investigators – or if you just want to run the game as 3 linked scenarios with your regular group then keep an eye of for the Labyrinths of Lunacy which is up for pre-order now! Read the full article from FFG for all the latest about this new Epic Multiplayer Expansion. (There’s a secret message in the article from FFG – can you figure out what is says?) 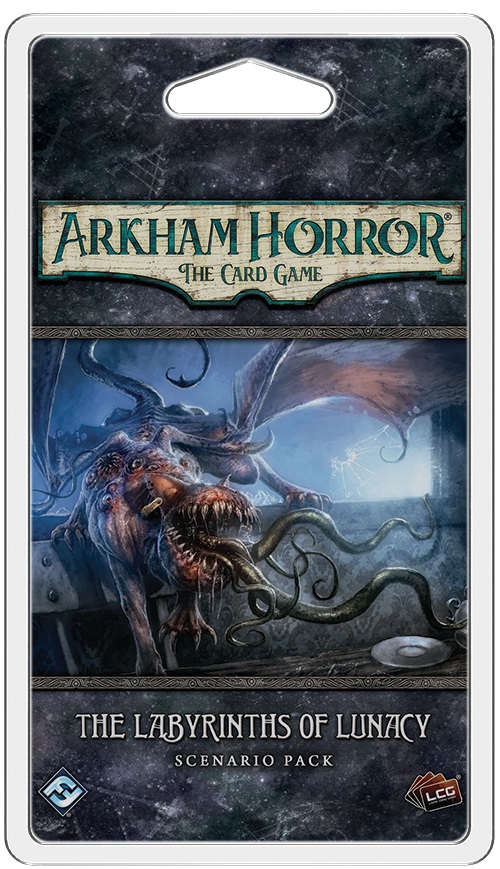 In The Labyrinths of Lunacy, you and your fellow investigators wake to find yourselves gathered in a strange place, with no memory of how you arrived. Your muscles are weak and uncooperative. Your vision is blurred. Simply rising to your feet takes a tremendous effort. Your legs are wobbly and can barely support your weight.

With this unique, 80-card standalone scenario for Arkham Horror: The Card Game, you become the prisoner of a mysterious mastermind, forced to take part in his cruel experiments. To escape, you and your fellow investigators will need to work together. You’ll need to piece together the clues to solve your captor’s twisted riddles. And you’ll need to hurry—you aren’t alone in this prison…

Will you brave the Labyrinth to discover the secrets within?