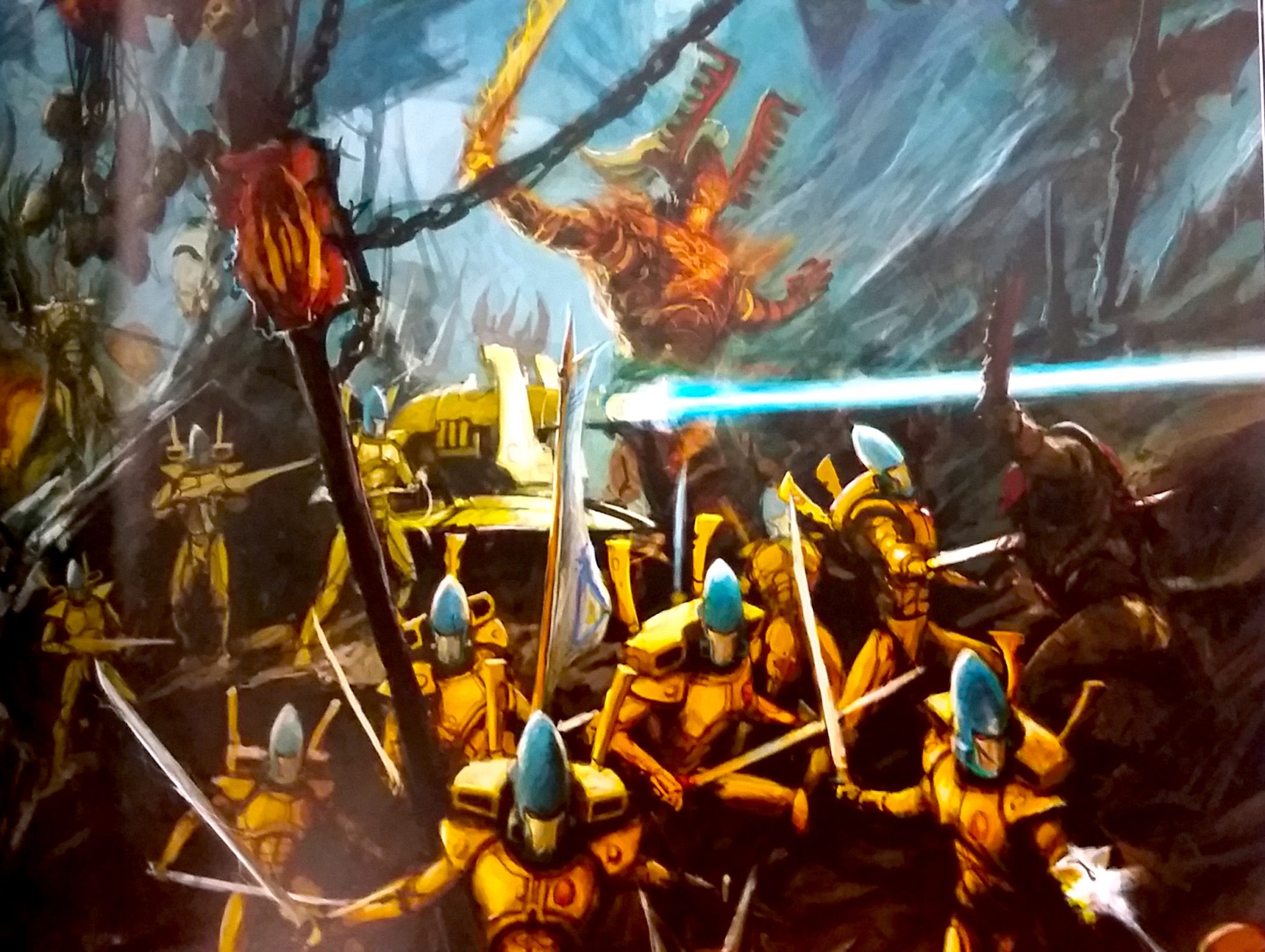 The Craftworld Codex has crept through the Webway and into our offices. Take a look inside–it’ll be featured all week starting now.

It’s here! And though we’ve had to pry it away from Mayhem’s Muse in order to take a look inside, and aren’t sure if she’s forgiven us or not–she just keeps hissing and has since absconded with the book to the BoLS Studios where it sounds like a barricade is being constructed (you might be wondering how I know it’s a barricade being constructed, well let me just say, the sounds are unmistakable) –we have risked our own personal safety to bring you, the reader, a look inside. 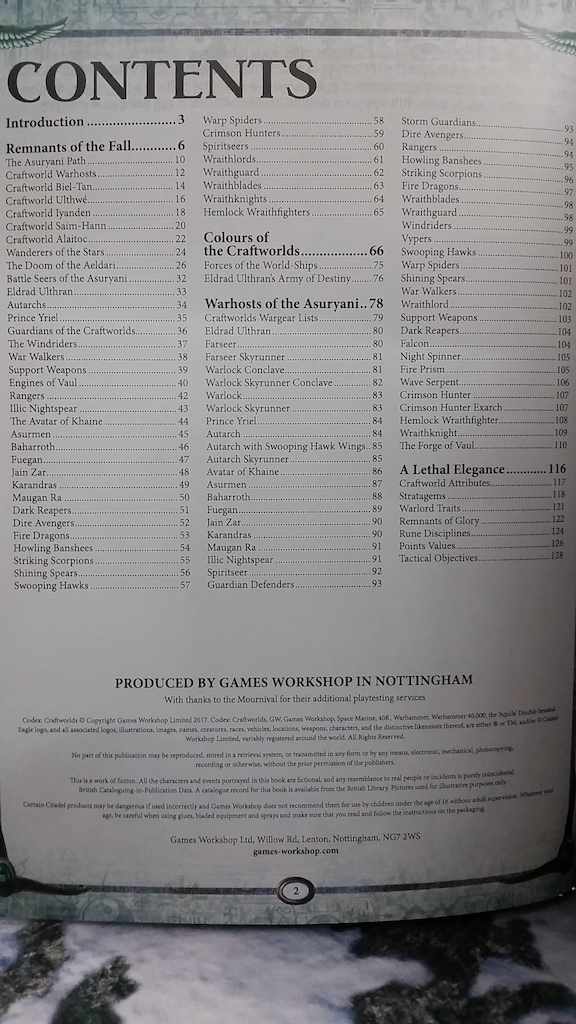 Like its predecessors, there’s a mix of art, lore, and actual rules in here. By now you’ve seen the Craftworld Attributes that accompany the five named factions here. Which–I believe–makes this the smallest codex, factionwise. But there’s still a ton of changes here–you might not realize it at first since there aren’t any new units (even ones that use extant models, like the Grey Knights one, which put an HQ choice in a suit of Knight Armor)–but there’s a lot going on in this book. Here’s a brief rundown of a few of the changes in this book:

And that’s not even diving into the wealth of relics, the 9 new psychic powers, and more that await Eldar players. And then of course, there’s all the Space Elf Artwork you could want. 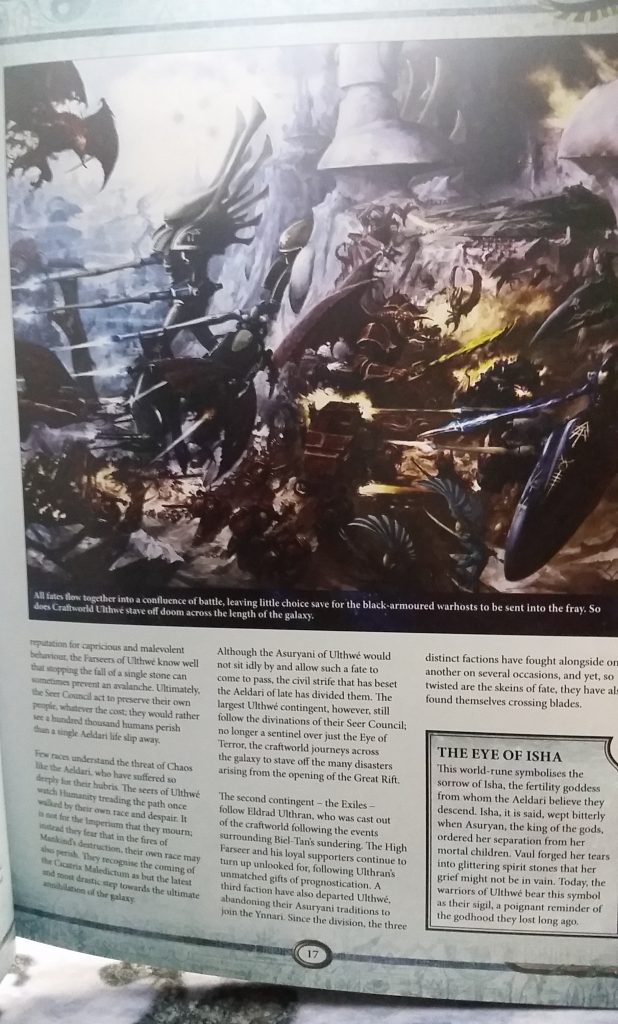 Here’s a little bit about Ulthwe and the Eye of Isha. And then of course, Craftworld Iyanden, aka Ghost World. 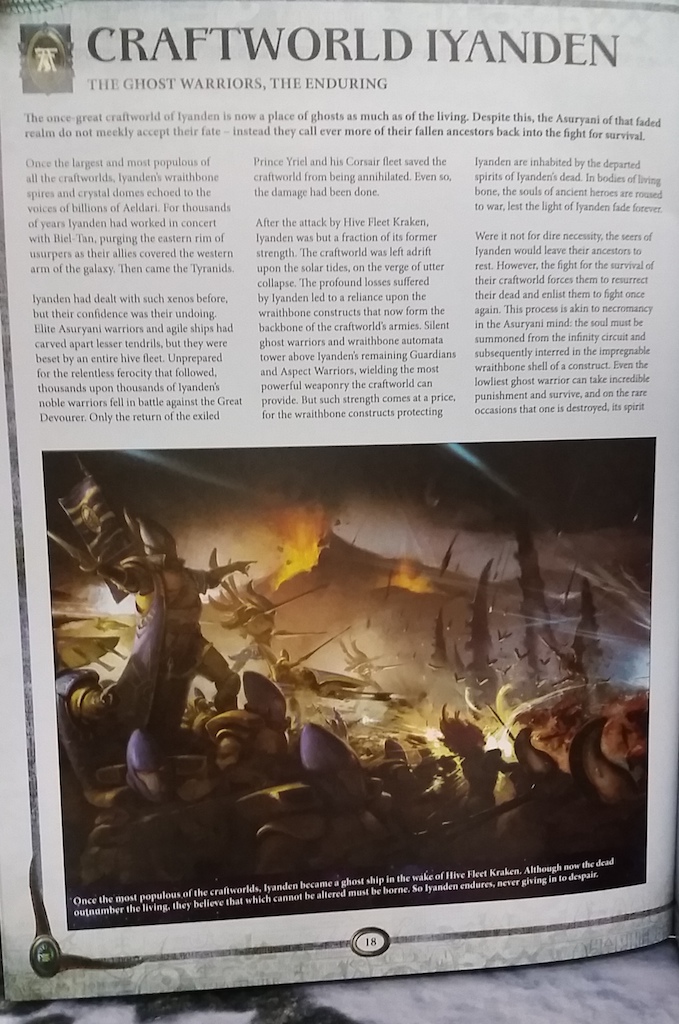 And this sweet picture of some Falcons racing off to shoot heavy weaponry. 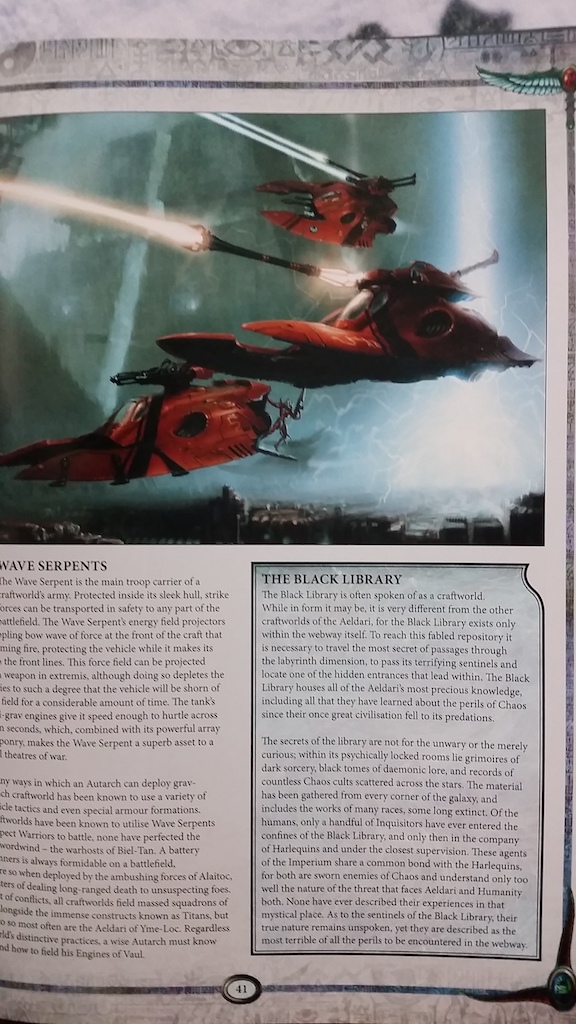 At any rate, our coverage of the Codex begins now. So be sure and stay tuned all week to see the Codex in action on our Twitch Stream–on Monday we’ll be doing a live Q&A, so if you want to know something about the book, or want to watch at least some of us get facerolled in a game or three, come join us!

Okay–now that the Codex is up for pre-order, let’s talk about the important issues. We all know Eldrad is Space Galadriel. Who’s Space Legolas? 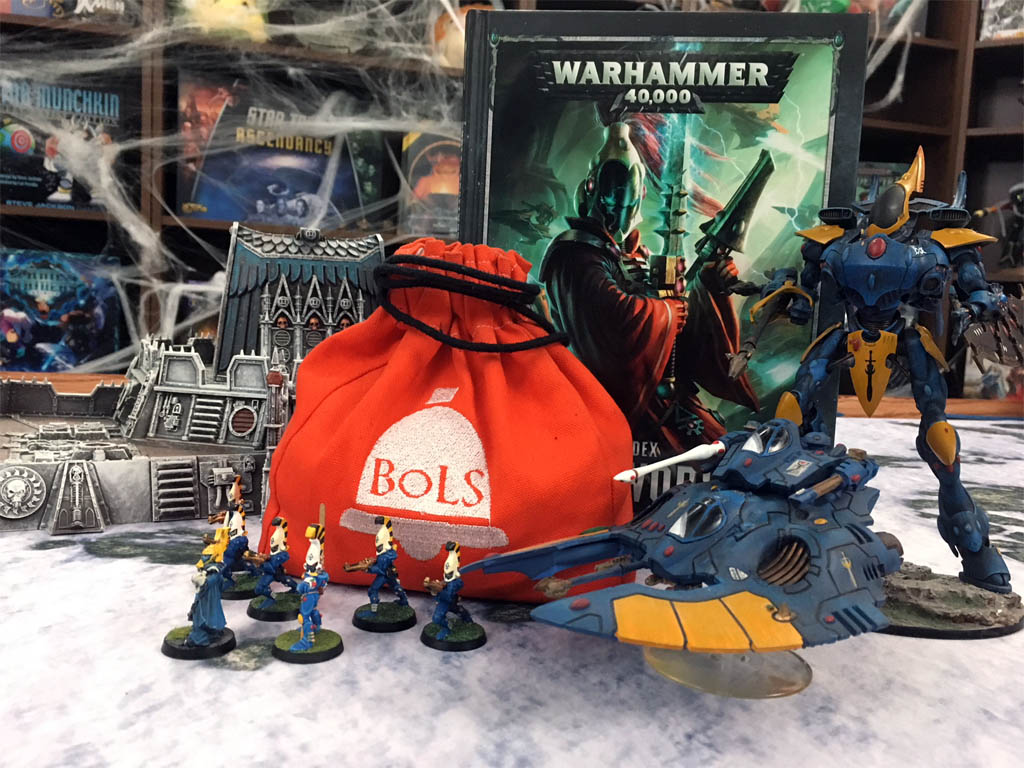