Goatboy here and this  week I got to look over the new IG… ***cough*** Ahem – Astra Militarum Book – it’s a doozy!Overall I found the book to be pretty good with a lot of layers of abilities and usage to confound, break, and contort your opponents armies.  I think it is one of the more complicated books as you have Orders, Stratagems, and Regiment abilities all working at the same time.  This is great for those players that like a decent amount of complexity for their army.  They need to keep track of their Command Points, Stratagems, and “Order” ordering.  Which of course means it is not the army for me as while the complex nature is fine – the layering of auras/orders/abilities means this isn’t going to be the fastest army.  Plus it isn’t an evil army so if it doesn’t have spikes, rust, or chains I am not in.

Get Ready for Complexity

Let’s go into some of the complexity of this book.  They added a few more orders based on the Regiment you choose as well as a lot of Stratagems.  The Stratagems themselves are not as strong as say the Chaos Space Marine or Death Guard ones – but then those books don’t have orders to boost up their units.  The biggest advantage in this book is how you take those same orders we have now (with some additional ones for Regiments), utilize some Wargear/Warlord traits, and create this overwhelming crush of efficiency on your units.  Then you get to mix in a bit of Regiment ability on top of that and now you have a really interesting army. 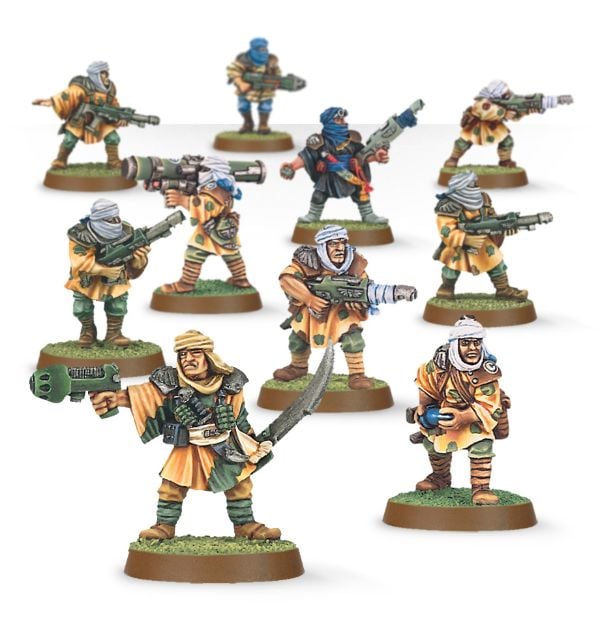 Let’s look at one of them – the Tallarn regiment. These guys are the lightning blitz attacks of the AM armies.  They are known to move fast, get in there, do a lot of damage, and disappear like the desert wind.  We had a player locally who played a lot with these models so I am used to seeing the desert based jerks take out my important models.  One of the Stratagems allows the Regiments tank to move before or after shooting 6″.  This is basically like a return of Battle Focus (and I am guessing something like this will show up in the upcoming Aeldari book).  Mix this with their Stratagem that allows them to move and fire without penalties on their tanks and some other Stratagems that let them “deploy” from the table edge and you got a pretty neat army that has a ton of deployment and movement options.  It is these layers of rules that can really make this army feel unique, especially in the hands of a skilled general. 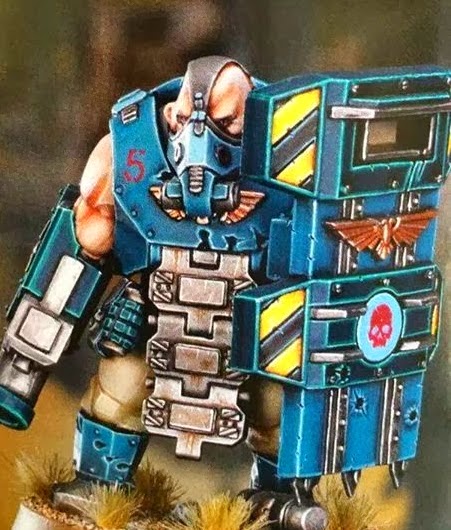 There are a few new units.  They finally made a Ogryn bodyguard unit choice that isn’t Nork.  This is pretty neat as you can easily create a fun model for your army.  He actually might be pretty good too as you can tell the orders are a major part of this army so having some protection for your officer is very important.  They also have added Crusaders to the list as well.  These guys are interesting as they get acts of faith as a unit so you can have multiple go off a turn if you want multiple Crusader units.  I am not sure if they are worth it but it might be neat to have some Storm Shields to protect your center.  They also change up Conscripts a bit.  They dropped their overall unit size by 20 and made it harder to give them orders.  The same old combo of Commissar is still there – so while fixed in some ways they are still the best “bubble” wrap unit. 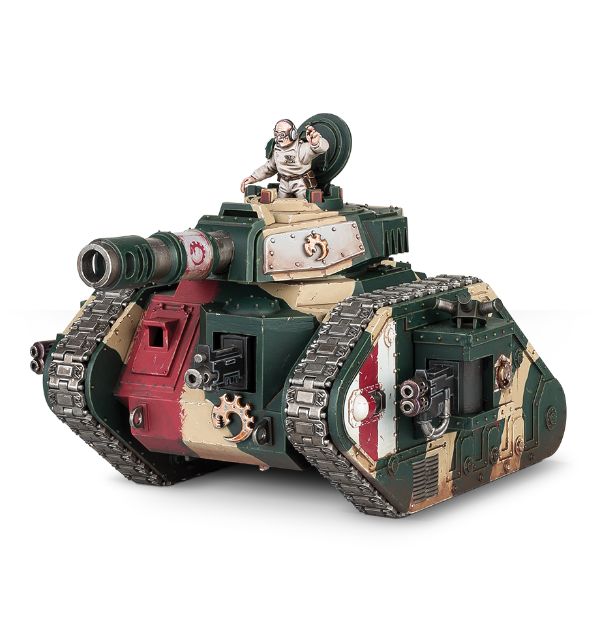 Leman Russes got a really nice update in this one.  Beyond becoming “objective secured” in Spearhead Detachments they also got a nice change to their damage potential.  If they only move half their movement they can shoot their Turret weapon twice at the same target.  They also do not take penalties for moving and shooting.  This is pretty dang good as they can easily punish an opponent with massed fire.  Mix this in with some of the Regiment abilities – like the Catachan who allow you to reroll one dice on your “template” cannons and you got a pretty scary force.  Did you ever hear about the dreaded Catachan Tank Company?  There is also a fun Stratagem that allows your tank to move, advance, and still Charge.  Oh and they also hit on a 2+ if they make the charge.  The cheaper super heavy tanks might actually be good, especially when you need to get going and run over some bad guys. 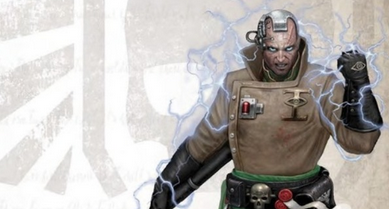 Psykana has a fully updated set of powers.  Lots of unit upgrades with either a +1 to their save or making a save a -1 for your enemy.  They can effect leadership as well but I suspect there could be some good “protect the unit” with a +1 to their save and then a combo with a Stratagem to get another +1 to save with take cover.  This is what I mean about a lot of layers of effects and abilities to help keep your guys in tshirts alive.

The regiments are pretty interesting as they are just like Chapters/Legions/etc.  There is a lot of power there as they easily can combo to create some interesting armies.  I am pretty sure will see some Leman Russ based armies but there are some other interesting options.  Some options in the book, while not part of a regiment, do not remove your regiment bonus’s if in the detachment.  Some of them – when in a full detachment of themselves – the Scions/Tempetus/Storm Troopers – do get a Regiment ability.  The Catachan one gives everyone a +1 Strength and like I said earlier allows you to reroll your random hit turrets on your Leman Russes.  Some others grant things like an increased range on your heavy and rapid fire weapons and others work with your morale issues.  Overall there is nothing really “super new” in there as most things revolve around the similar abilities from other armies – pluses to hit/rerolls, having a -1 to hit when targetted over a certain distance, and some neat tank abilities.  Really you can see the consistent design process when you think that the majority of these were all tested at once. 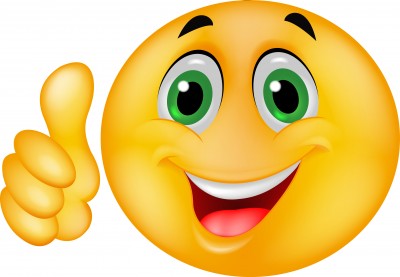 Overall the book is pretty neat and will be good on the table top.  I think in the hands of a strong general they will be pretty mean as they have all the pieces they need to do well.  Lots of no LOS weapons, decent psychics, one of the best bubble wrap units in the game, and a bunch of rules/abilities to help them create gameplay advantages they need.

~Here is hoping that the other two “new” books with Nids and the Eldar are at least as good as this book.

Author: Thomas / Goatboy
Thomas Reidy, aka Goatboy, the ever-evil member of BoLS. I do arts, play 40k, and even paint a lot of stuff. I have been playing Warhammer 40K since the 1990s, and have won multiple national events including Adepticon and GW GTs. I've been writing for BoLS for 15 years. Look at my Instagram to see what I am working on - or working on for someone. I am always doing something hobby related.
Advertisement
Astra Militarum Rules Warhammer 40k
Advertisement 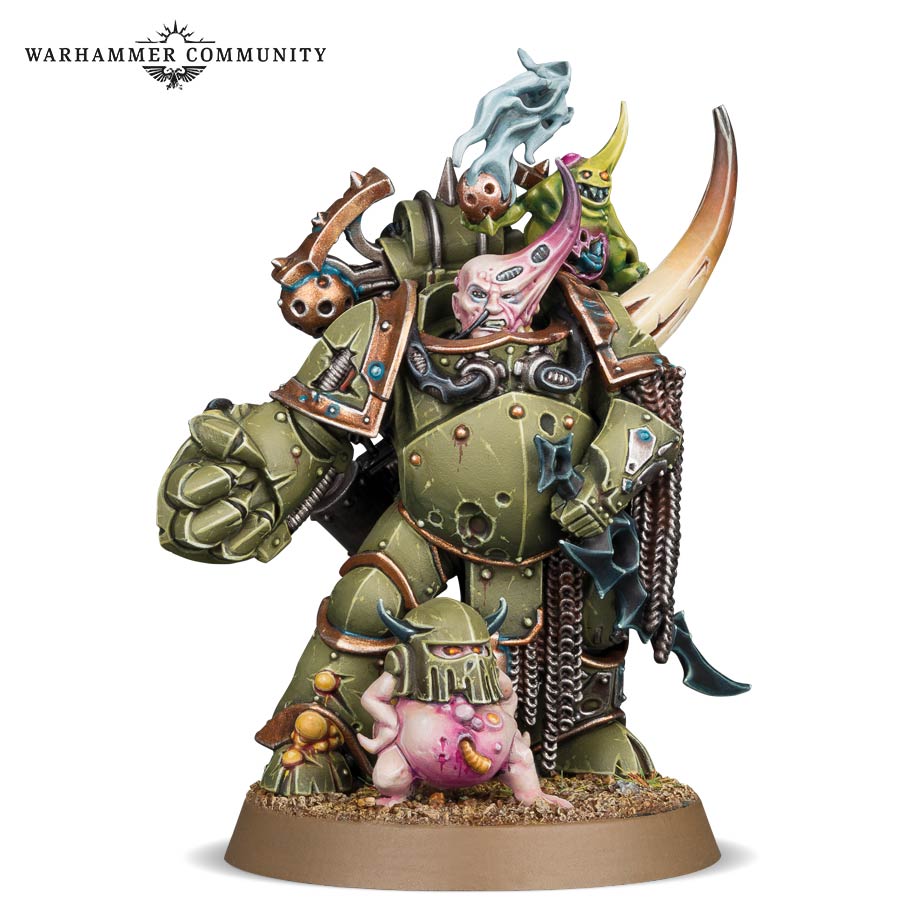