Shadespire is out in stores – the “Fast-paced Tactical Arena Combat” has begun!

Games Workshop deep-dive into the tactical turn-based arena combat miniatures games has launched – Shadespire is out in stores. We’ve talked quite a bit about the game in the weeks building up to it. So if you’re wanting to get an idea of what to expect here is a quick primer:

First off, we have a a demo game hosted by Phil Kelly himself which we shot at GenCon 50! It was a ton of fun and great to have Mr. Kelly show us the ropes. From the video you’ll get a pretty great idea of how the game is played and an explanation of the rules/components. Speaking of components…

Just what the heck is in the box? Check out out Unboxing video so you know exactly what you’re getting. It’s two warbands, two double-sided boards, dice, cards, and all the tokens/other components you could ever want to play this game. It’s great for two players to just dive right in.

Ironskull’s Boyz is the Orruk Warband that is coming out at later date. If you were wondering what is in that box, we’ve got a copy and we’ve even gotten some games in with them. 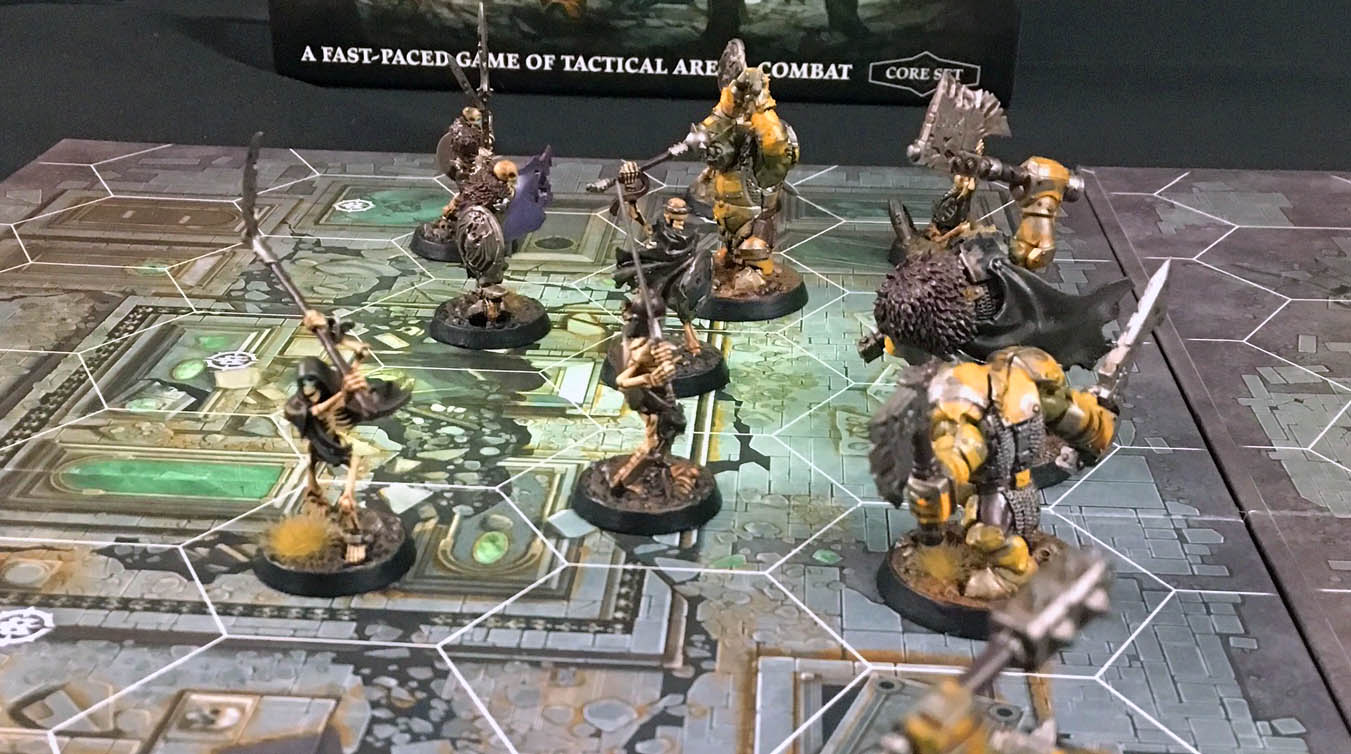 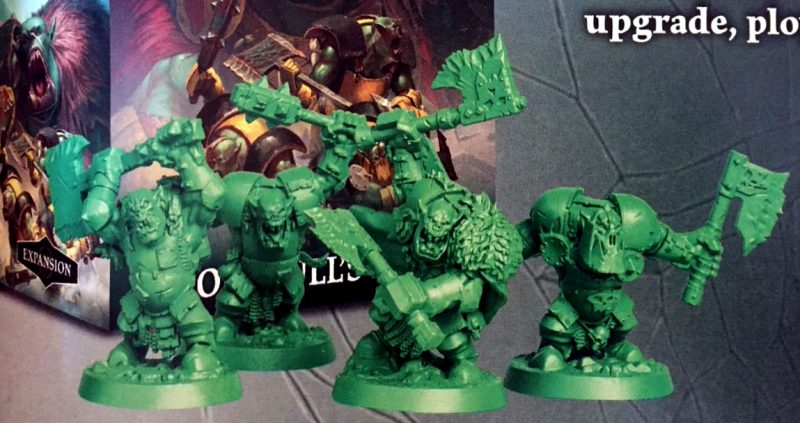 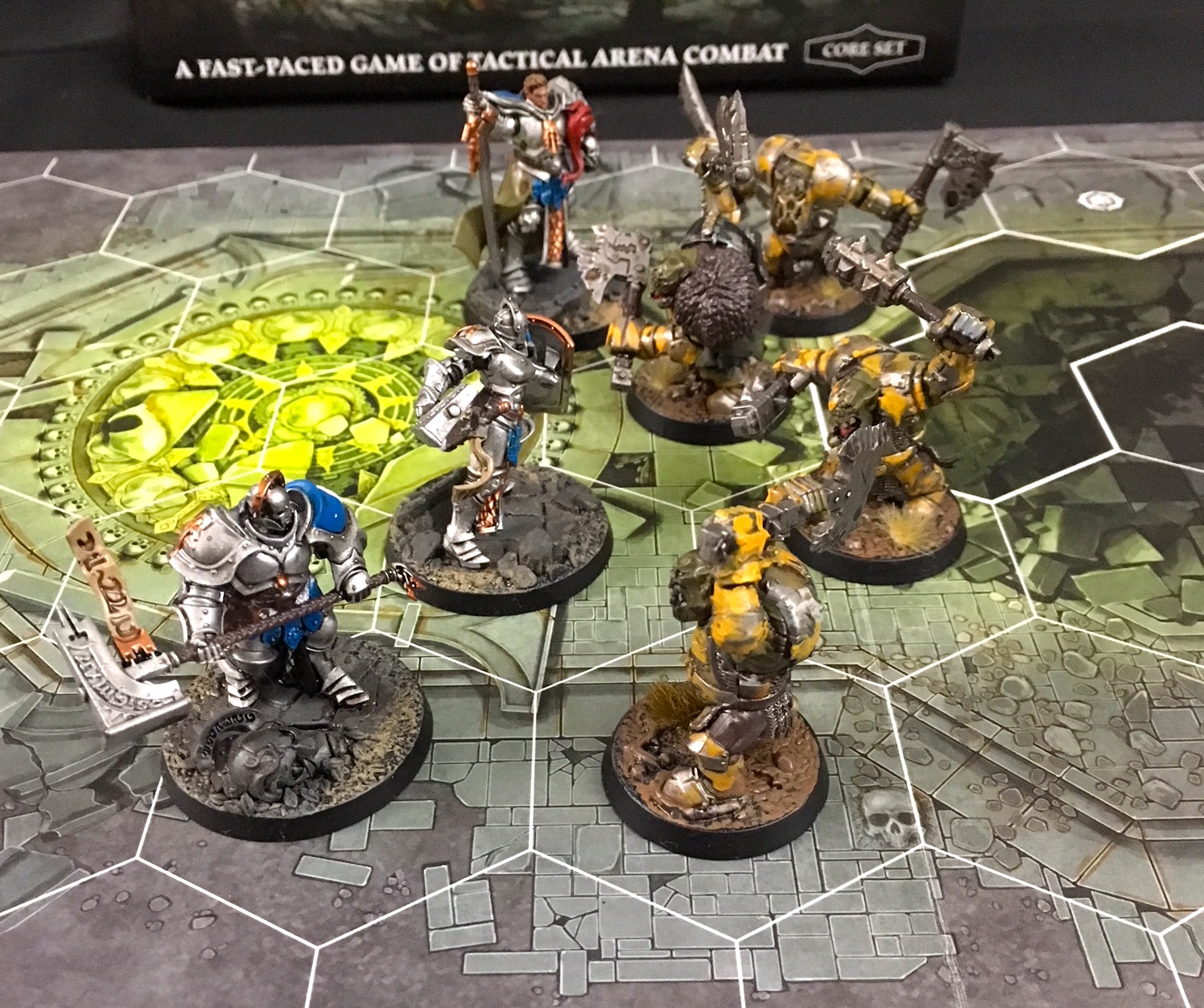 The Sepulchral Guard is the Undead Warband that is stalking the cursed city of Shadespire. They might lack the staying power of some of the others, but they more than make up for it with the number of bodies they put on the board. 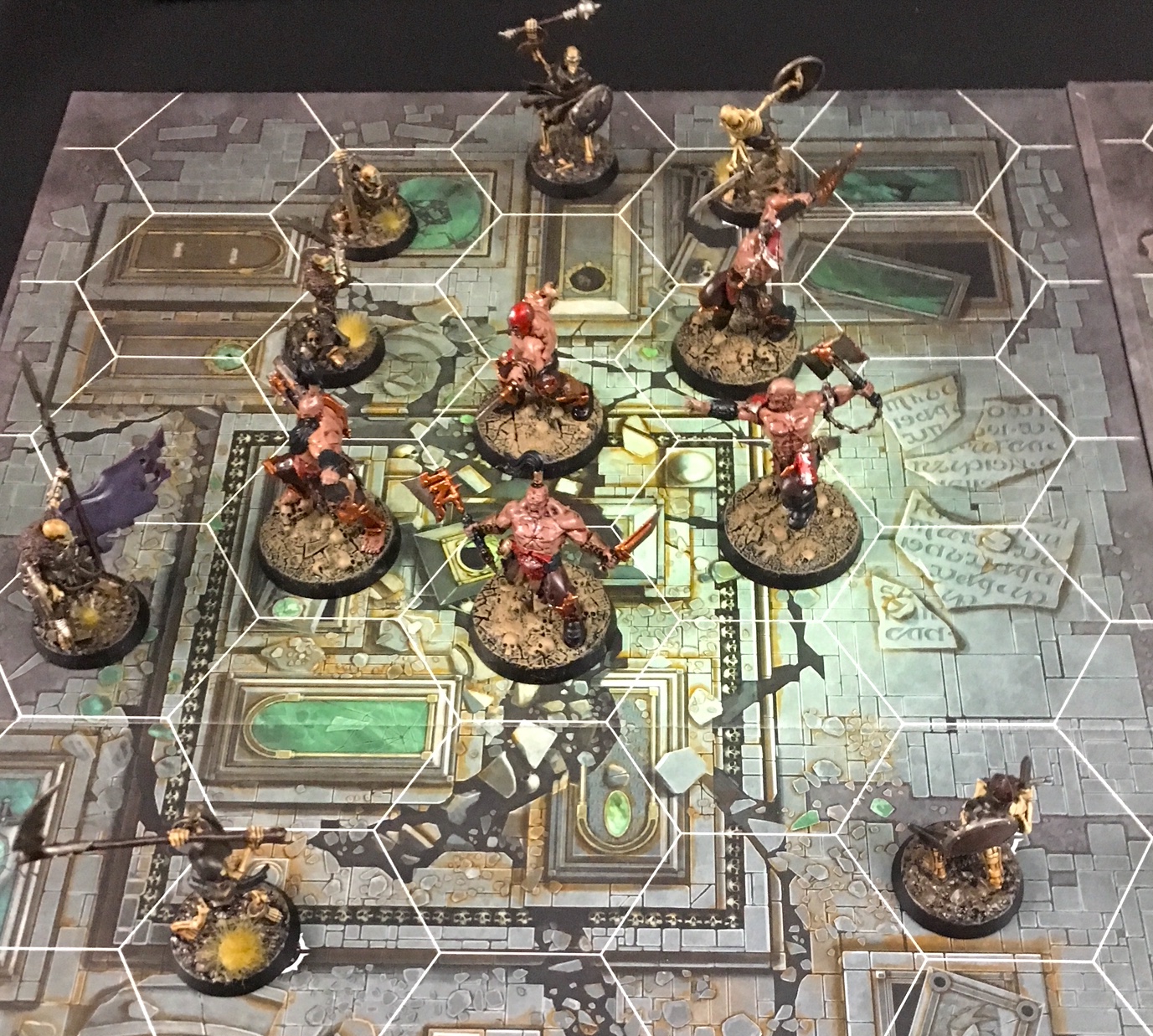 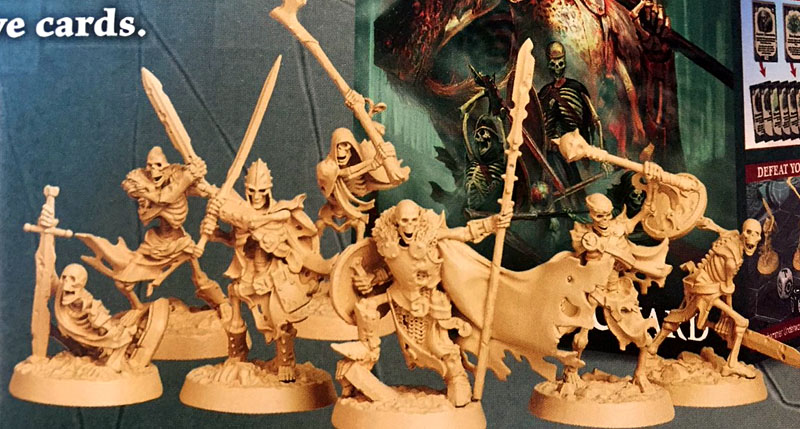 We’ve been pretty happy with our games of Shadespire – it lives up to the tag line for sure. It’s out in stores now so if you want to dive in go pick-up a copy this weekend and start playing today! 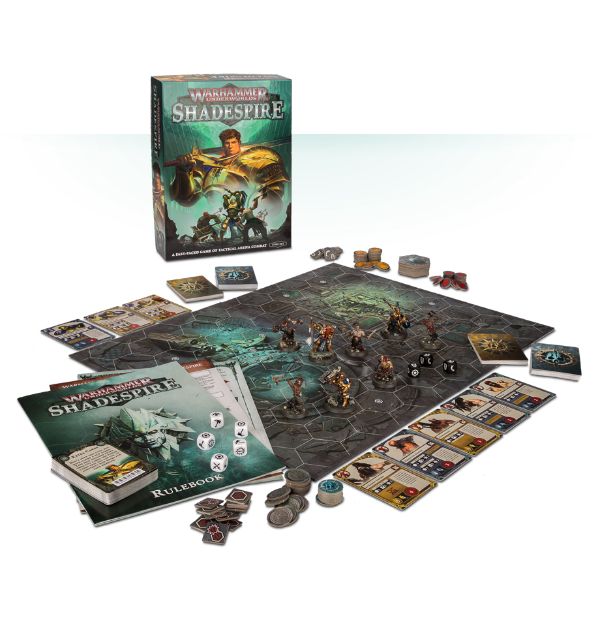