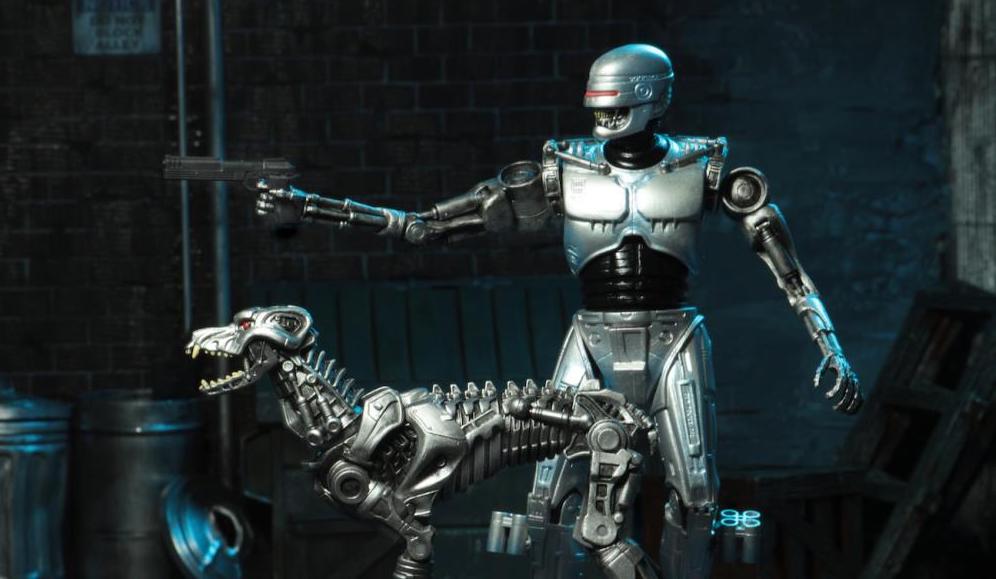 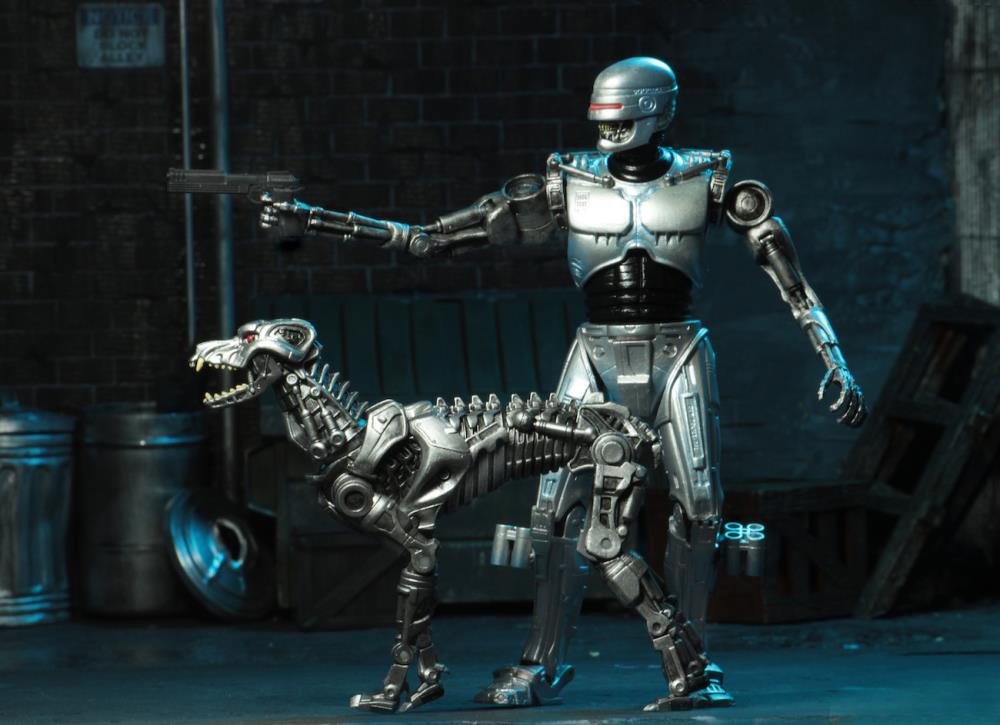 NECA has produced several figures from Frank Miller’s 1992 miniseries RoboCop vs Terminator.  In related news, RoboCop vs Terminator is a real thing that exists. But that aside, these figures are enough to make me want to check out the miniseries myself! The 2-pack contains 7″ scale figures EndoCop with Auto 9 pistol and Terminator Dog. Each figure has between 20 and 25 points of articulation. 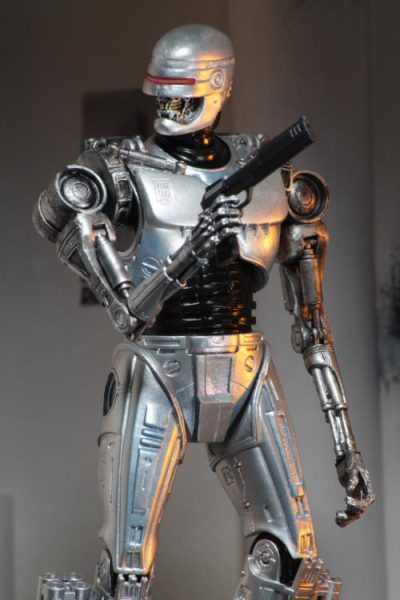 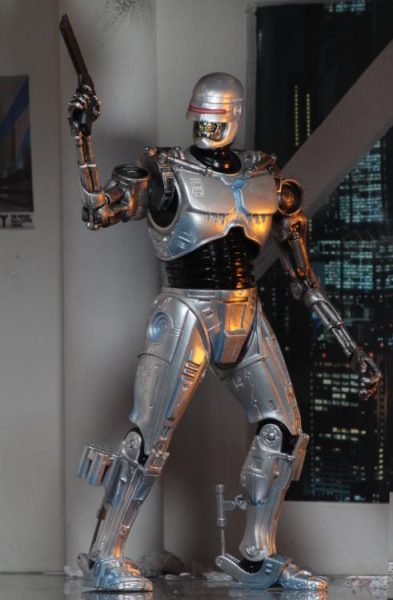 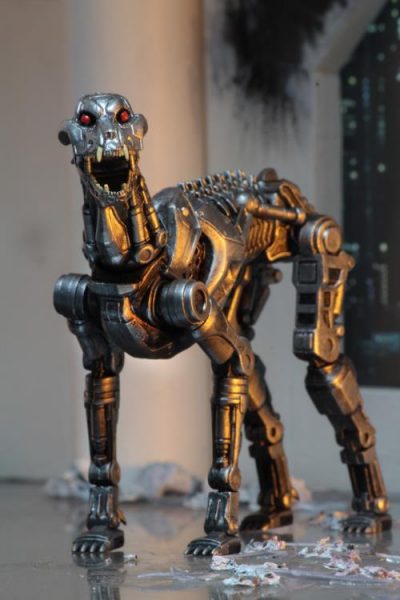 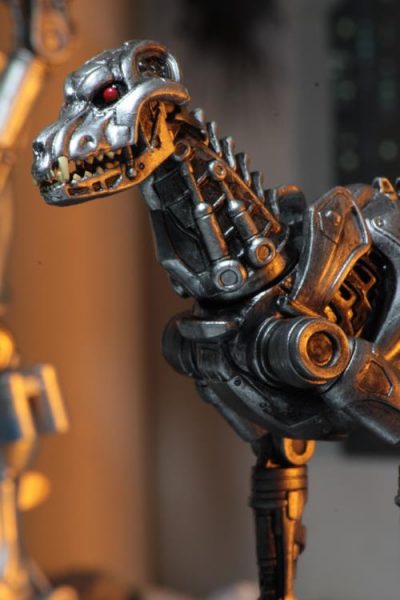 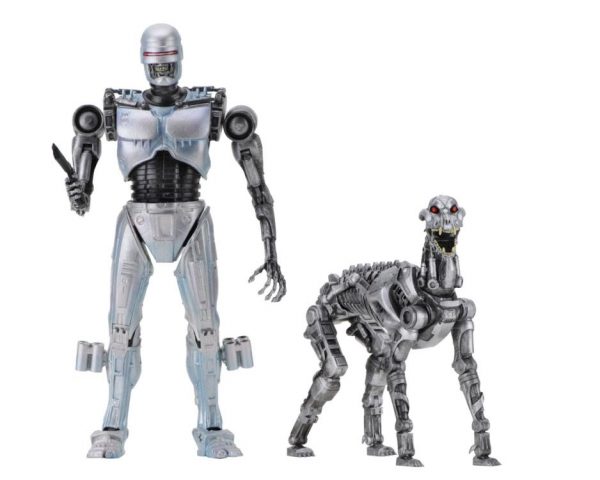 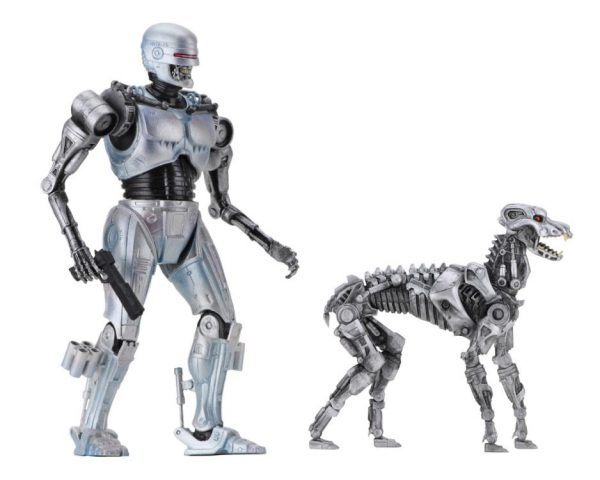 And for extra incentive to pick up RoboCop vs Terminator, you can also check out Ultimate RoboCop overloaded with missiles and rockets galore! But can’t lose your trusty Auto 9 pistol. 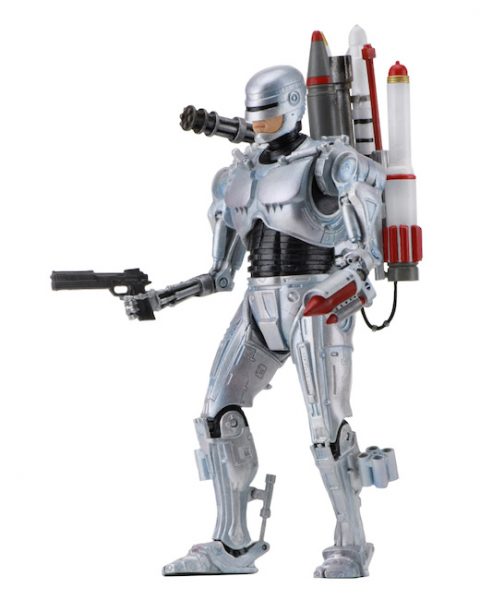 Inspired by the 1992 Dark Horse comic book mini-series written by Frank Miller and drawn by Walt Simonson! When fate reveals that the technology that built RoboCop will lead to the creation of Skynet, Alex Murphy must engage in time-twisting battle against both the murderous computer network and the human resistance fighters out to destroy him!

This 7″ scale action figure 2-pack contains the EndoCop and Terminator Dog, and is perfect for army-building future war scenes. Each figure has between 20 and 25 points of articulation. Includes Auto 9 pistol accessory.