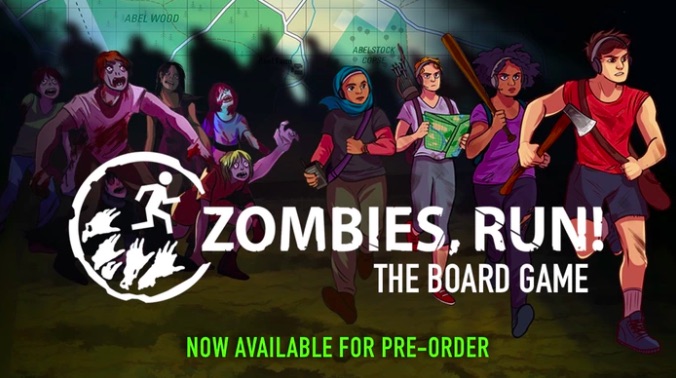 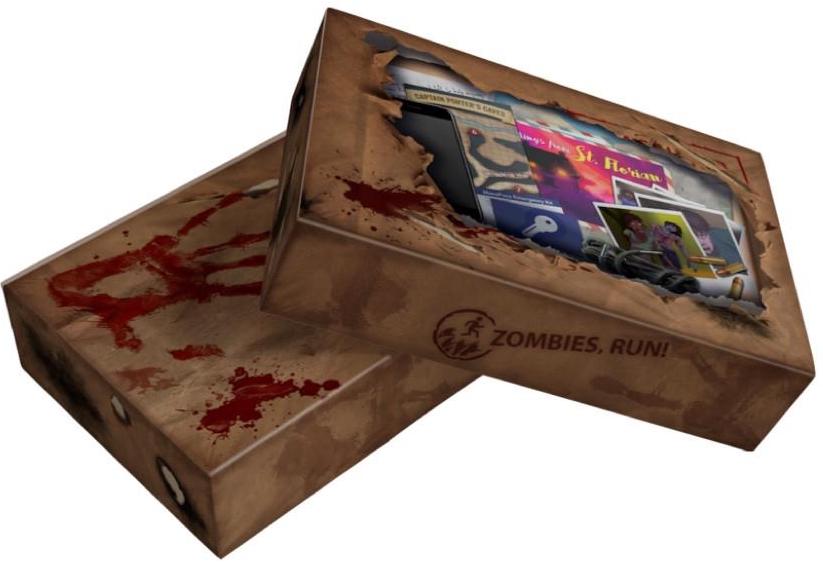 There’s no time to think! Make snap decisions and live (hopefully) with the consequences.

Zombies, Run! is a cooperative, digitally enhanced game with hand management and realtime decision mechanics set in a zombie theme.  Zombies, Run! the board game is based loosely off of the fitness app of the same name. The game comes with a dry-erase map which the players, taking the role of Runners, will use to track locations of survivors and zombie hordes. Each time the runners take a mission, they will be faced with decisions to make with lasting consequences and risks and only limited time to make their choice.  The accompanying app tells the players when a zombie is on their tail and how quickly they are gaining. The game can be played in a short 30 minute skirmish or a 10+ hour legacy campaign.

Zombies, Run! is making use of a lot of neat mechanics that are gaining popularity in recent years. Most notably, realtime decision and bring digitally enhanced. Personally, I like it and it seems like Zombies, Run! makes good usage of the mechanics. Analysis paralysis is a term used for when a player is overcome by indecision when faced with trying to determine the most advantageous outcome. Many games can grind to a halt when players realize they are an important decision making point.  One wrong move can cost them the game and they want to make sure they’ve covered every angle to ensure victory. The way Zombies, Run! uses both these mechanics lets the game take on a strong narrative and allows players to sometimes make the ‘wrong’ choice and deal with the consequences.

via Six to Start 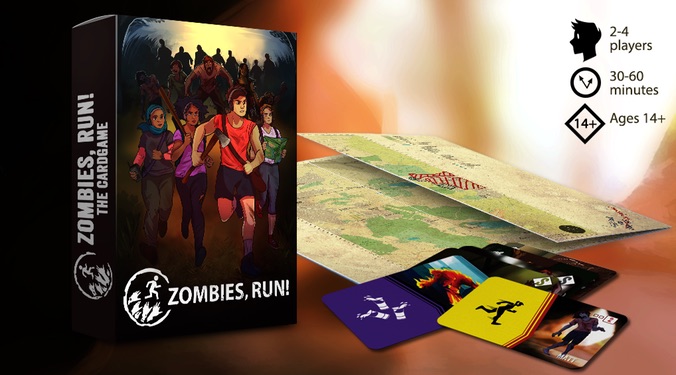 Prepare your team for a frantic, real-time sprint across a zombie-infested island! Rescue survivors, uncover secrets, and (hopefully) escape!

Author: Matt Sall
Matt has loved games of all kinds his whole life: board, video, war, roleplaying. He's worked as a writer for BoLS since 2017. He's worked as freelance editor for board game rulebooks and has designed many of his own games as well.
Advertisement
Board Games Card Games
Advertisement