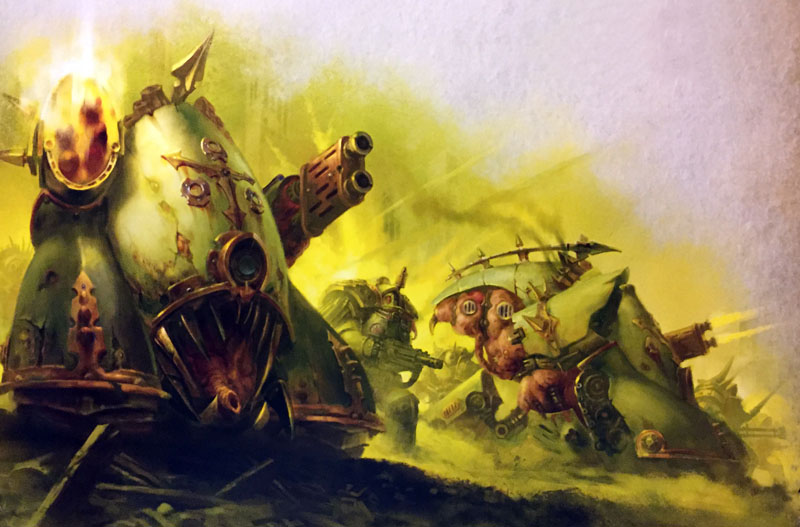 We’ve all been wondering what happened to the Myphitic Blight Hauler; the only missing unit in Codex Death Guard.

Retailers across the globe have received the following poster of upcoming products from GW the last day or so. It shows 4 new kits: 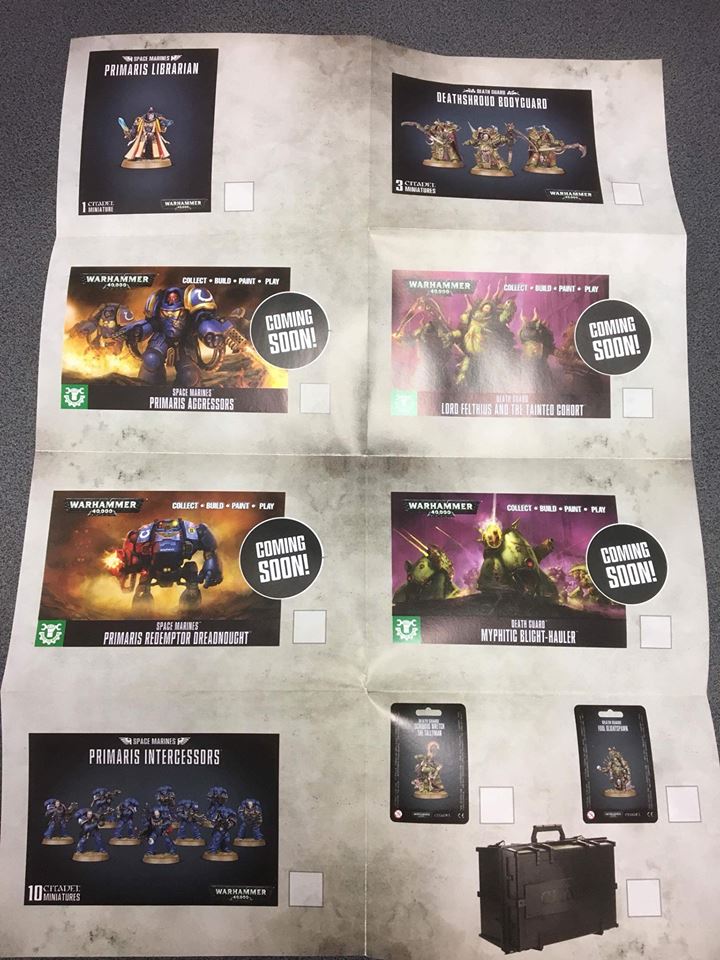 Note all four of these kits have the “Easy to Build” green logo on the bottom left of the boxes.

These are new kits, not the existing fully detailed ones.

The Nurgle ones are most intriguing:

The infantry kit looks to contain a Lord/Character with a Manreaper, and at 3 other models with what looks to be a Flail of Corruption and 1 heavy weapon.  These guys look like Blightlord Terminators to me.

The Myphitic Blight Hauler box shows three machines on the cover. It’s unknown if this is a single model, or a set of three. Easy to Build kits might explain the lack of weapon upgrade options on the unit’s rules.  I assume the kit builds this cute guy from the codex: 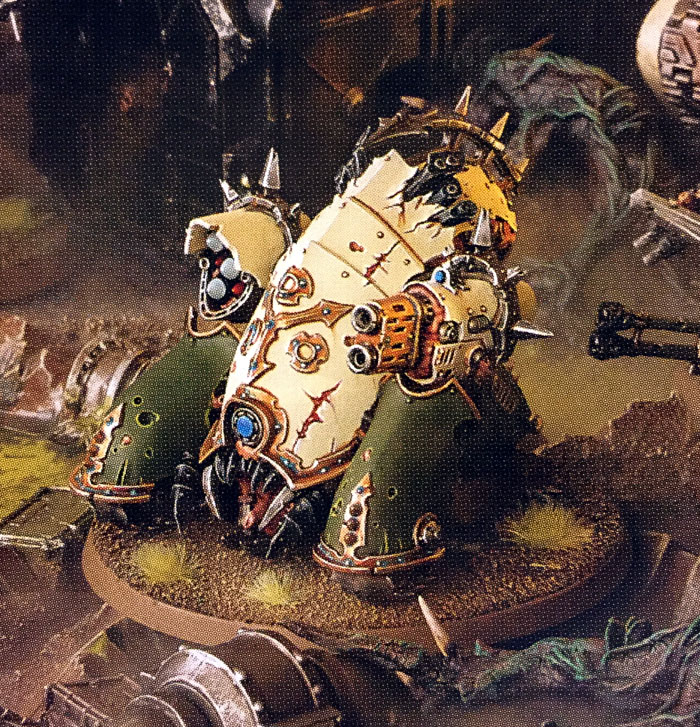 The Primaris Aggressor art shows them with flamestorm gauntlet weapon options. We’ll have to wait to see what the models have.

The Redemptor Dread appears to have a Heavy Onslaught Gatling Cannon and the fist.

~I’ve been saying for weeks I thought the Myphitic blight Hauler would drop out of the sky out of the blue one of these days.