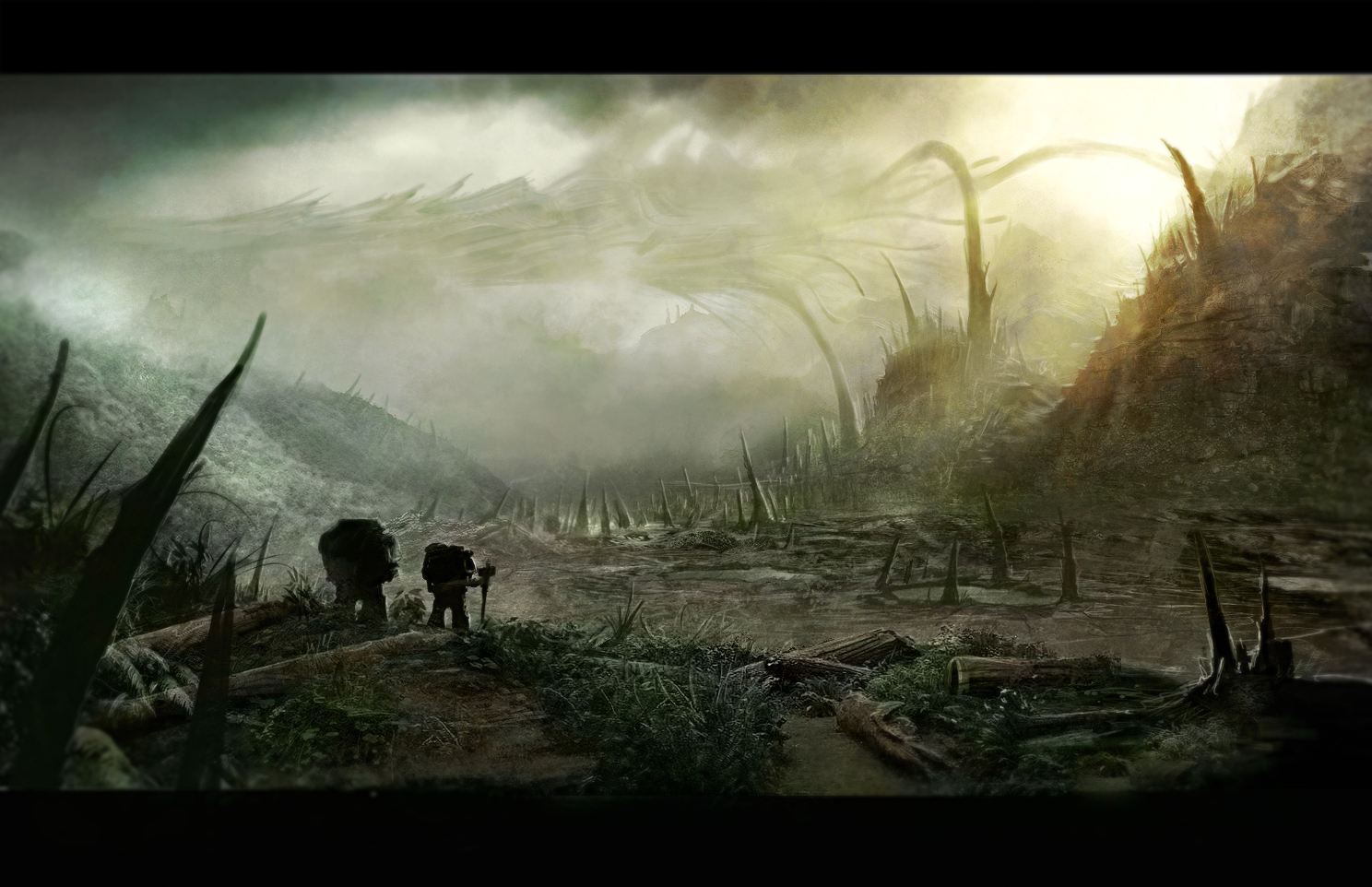 The Hive Fleets get a lot of detail in the new Codex–but there are two in there that seem to stand out.

Pick up the new Tyranid Codex and you’ll find rules and lore for the seven big Hive Fleets–the hyper-aggressive big chargy bugs of Behemoth; Kraken with its rapidfire advances and daredevil charges; Leviathan which can synapse its creatures back to health; the once-defeated Gorgon whose toxins can melt through anything; tunneling Jormungandr with its network of tunnels and omnipresent cover; Hydra with its swarming swarms of warm swarms; and Chaos-eating Kronos, with a titanic sense of irony. 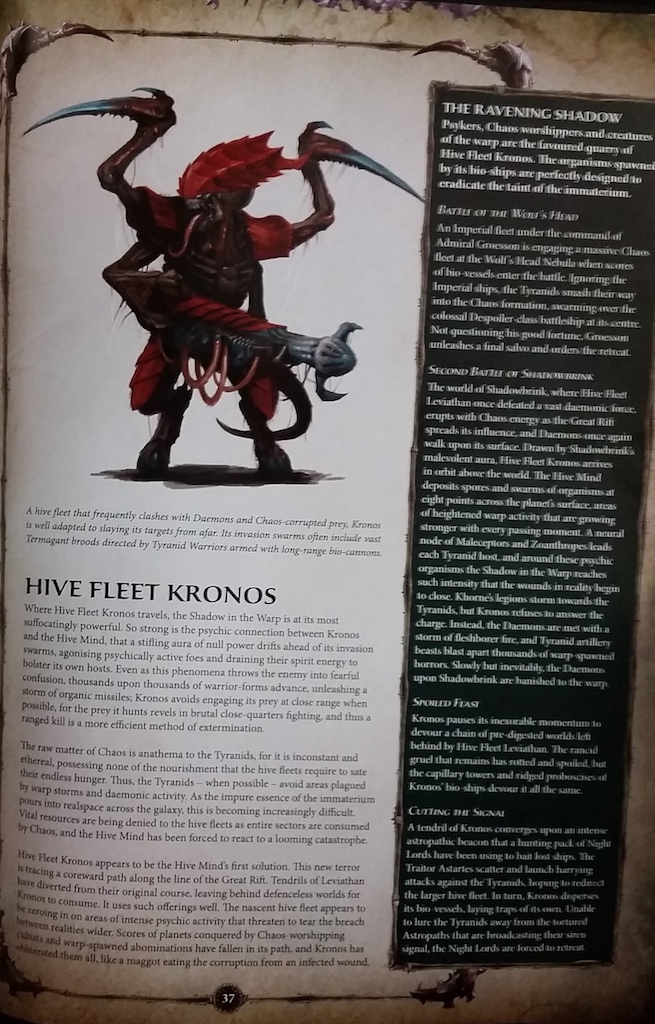 And in the Codex, each of these Hive Fleets have a fantastic full-page writeup that talks about notable encounters and gives a brief timeline for each of the fleets. But once you get to the end of the seven main Hive Fleets, you’ll find two more written up almost the exact same way. Hive Fleet Tiamet and Hive Fleet Ouroboris. 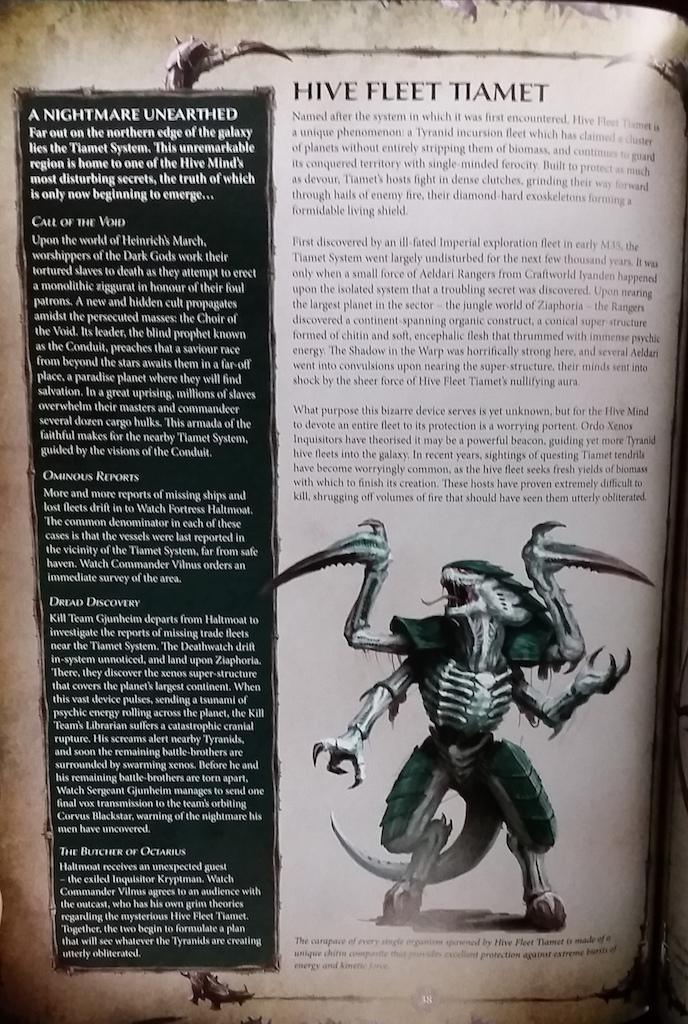 First up there’s Hive Fleet Tiamet, which is a renowned for its diamond hard carapaces. We get a little blurb about the discovery of Tiamet, and their conquest of their namesake planet. Though instead of devouring the world, they appear to be terraforming an entire planet into some kind of Tyranid organism with a monstrously strong shadow in the warp and rumors of a “conduit to a paradise world” surrounding its creation.

Tiamet gets a lot of character for a minor fleet. They launch raids, are characterized as shrugging off firepower, and so on, which is an awful lot of information for a relatively unknown hive fleet. 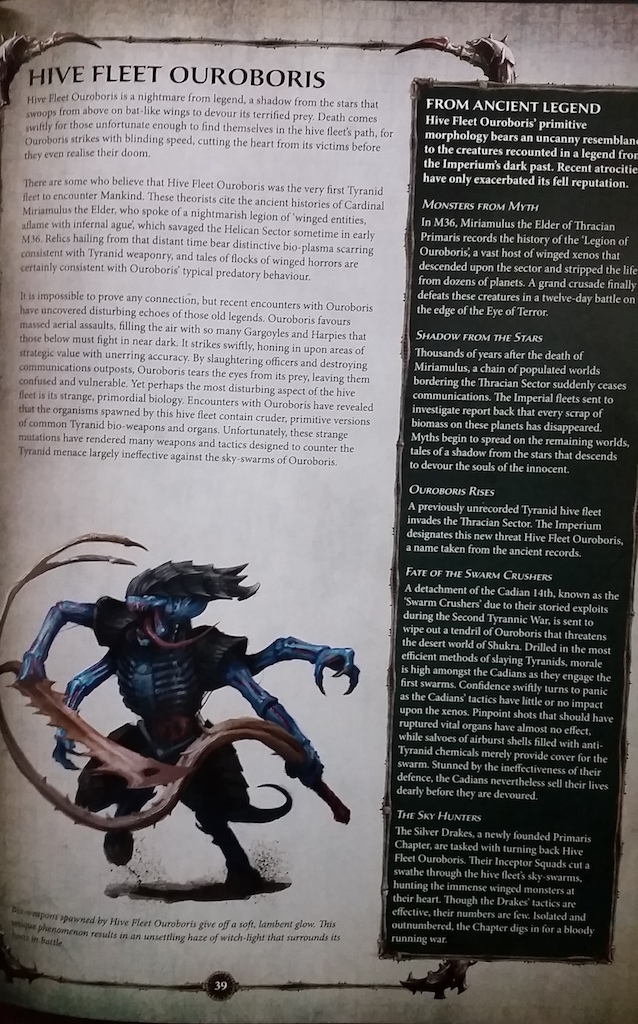 It’s the same with Hive Fleet Ouroboris, the first and oldest Tyranids encountered. They are different from modern Tyranids and known for their use of flyers. The whole section reads like they’d get some special rule when fielding flyers–and Tiamet reads like they should get some kind of ap reducing rule (remniscent of the ad-mech one). But they don’t, as yet, have rules.

They’re definitely important to get such focus in the book, and, I am intrigued at the idea of the Tyranid planet–I’m just not sure how we might see these two fleets in the future.

At any rate, this is a nice bit of new lore to kick off your Sunday with, so mull it over and let us know what you think.

Tyranid fleets! What do you think of the lore? Do you think we might see these two again in the future?