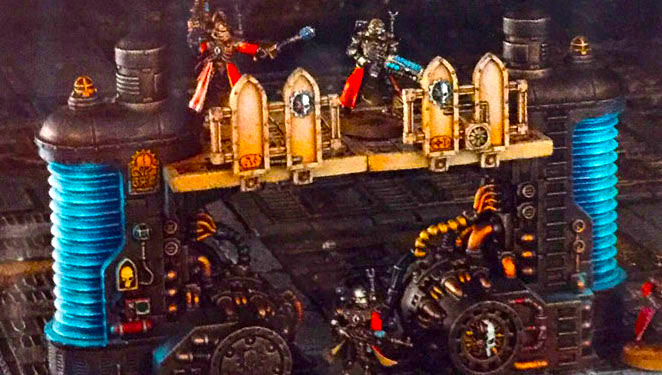 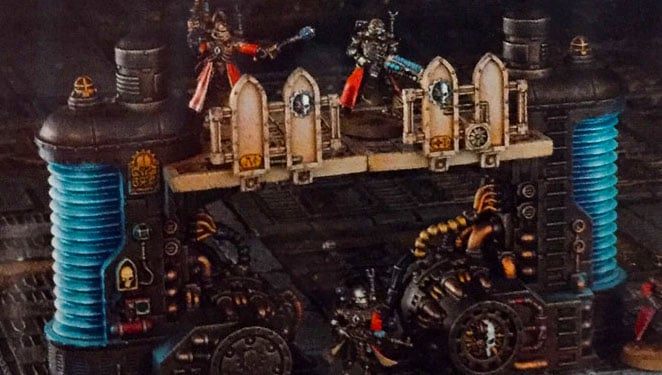 It’s dangerous to fight around Thermic Plasma Terrain – check out exactly how dangerous!

Cover is great when you can find it, but not all cover is created with safety in mind.  The new Thermic Plasma Conduits and Thermic Plasma Regulators are going to be a risky to duck behind, but only if you’re unlucky! 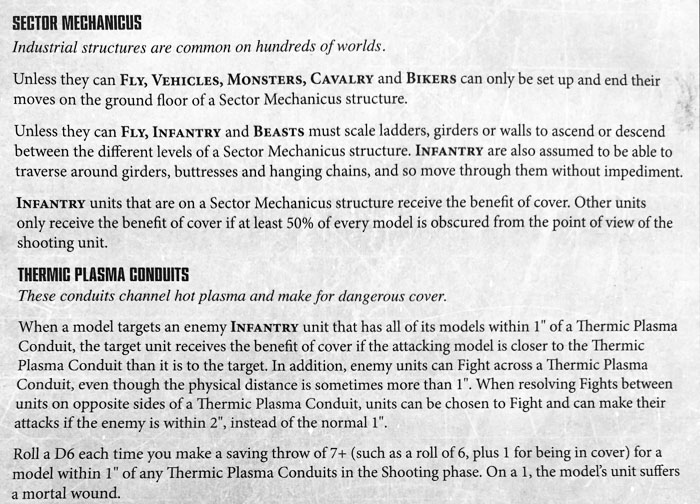 The Thermic Plasma Conduits basically function like Barricades but they come with the danger of getting tagged with a mortal wound. 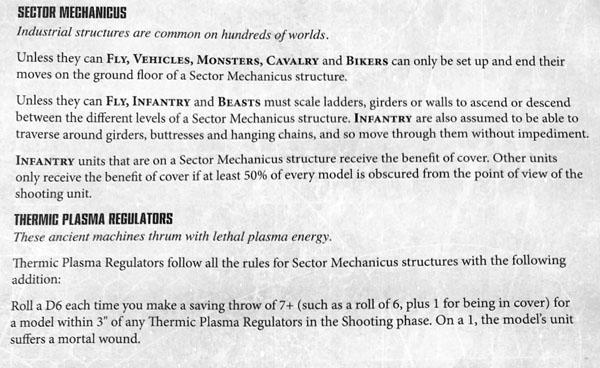 You have to get a save on a 7+ and then you have to roll a one. If that happens the unit that saved takes a mortal wound. It’s a trade off and it doesn’t seem to be that bad of a deal. The folks that are going to care about a mortal wound are the types of units that probably wouldn’t rely on a cover save bonus anyways. Strangely, weapons with an AP value have a lower chance of triggering this mortal wound effect.

Also, the terrain is very specific about how you have to use “ladders, girders or walls” to ascend or descend the levels of the terrain. Clearly this is designed to take advantage of the fact that the kits can be built to be tall and spire-like. I’m looking forward to getting more vertical with the terrain. 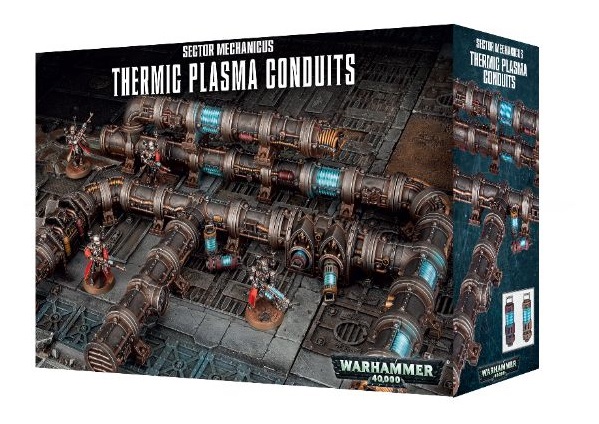 A series of interconnected pipes used to channel hot plasma from its generators to the equipment that uses it Thermic Plasma Conduits can, in a pinch, be used as cover – this brings with it a selection of dangers, as the scorching plasma can cause drastic injuries to anyone should the pipes be breached. 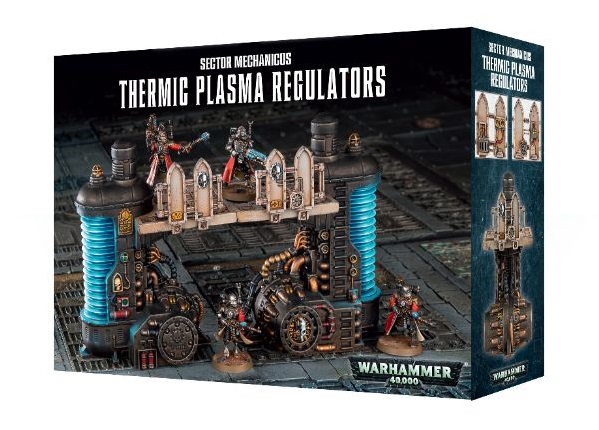 Used to control the flow of scorching plasma from generator to final destination, these Plasma Regulators can be used as cover by the brave (or foolish) – they have a tendency to leak their meltingly-hot cargo when hit by stray gunfire.

What do you think of these kits? What about the save – worth the risk or are the mortal wounds a deal-breaker?

Author: Adam Harrison
Writer, Editor, Texas Native, and Austinite for 15+ years, Adam covers all things Tabletop Gaming. Which includes Warhammer 40,000, Age of Sigmar, D&D, Board Games and everything else that involves dice, boards, cards and a table. A hobbyist, player, and collector of miniatures and games, Adam's current obsession are his Death Armies for Age of Sigmar, his Blood Angels and Tyranids for 40k, and his ever growing Arkham Horror: The Card Game Collection.
Advertisement
Games Workshop Rules Tabletop News Terrain Warhammer 40k
Advertisement

5 Tips for Winning with Space Marines