40K: The OTHER Tyranid Warlord Traits

The Tyranid Warlords will have access to some impressive “generic” traits – let’s go over them!

Tyranid Players will have 13 new Warlord Traits to pick and choose from. Today, we’re going to look at the “generic traits” as they don’t tend to get all the attention that the Hive Fleet Specific Traits seem to get. 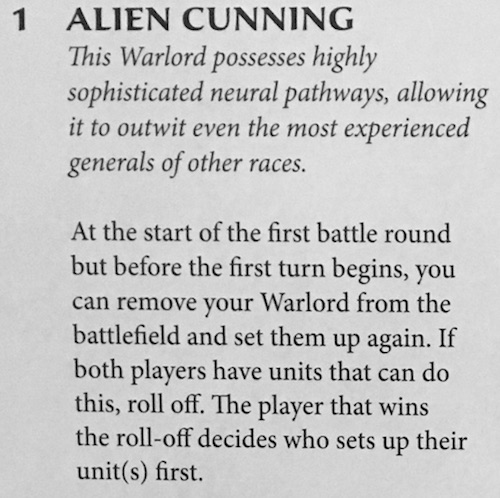 This one is for you players who like to play mind games even before the game starts! For the record – this is also the default Trait if you’re taking the Swarmlord. Something to keep in mind if you seem him setup across from you in a weird spot… 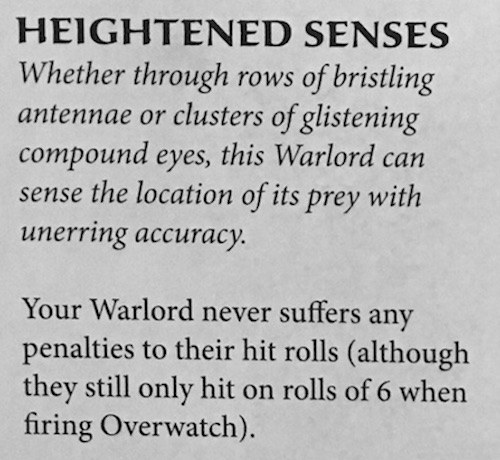 Hey – do you want to use Flyrants and Advance + Shoot with no penalty? Because you CAN with Heightened Senses. Randomly, if you take the Red Terror as your Warlord this is it’s default trait. Also note that this trait applies to ANY to-hit rolls, not just shooting attacks. If a target has a -1 to be hit in CC, you don’t suffer that penalty. 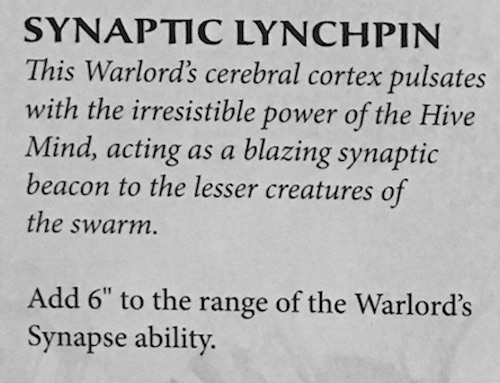 Adding 6″ to your range for your Synapse is just generally useful. That said, it’s also not that impressive compared to other traits. If you can only take one, this one is the most generic of the generics I think. You can’t go wrong by choosing it, but others will outshine it in different situations. 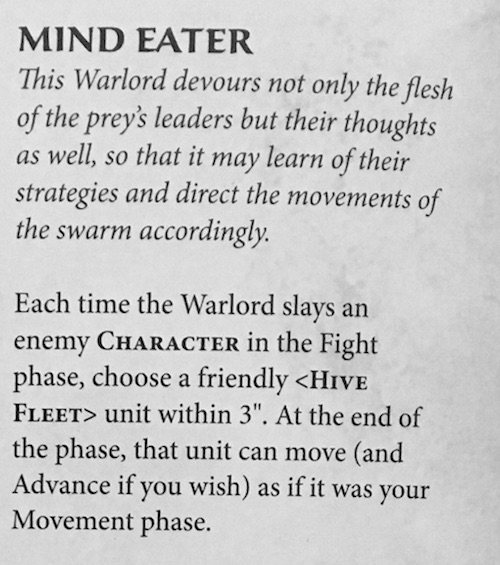 Mind Eater is highly situational but it could be used to great effect. Think about it, you could charge in with your Warlord vs a character, kill it, and then use it on yourself to move/advance right back out of the enemy’s lines. This one actually fits perfectly with Deathleaper who has this trait by default! 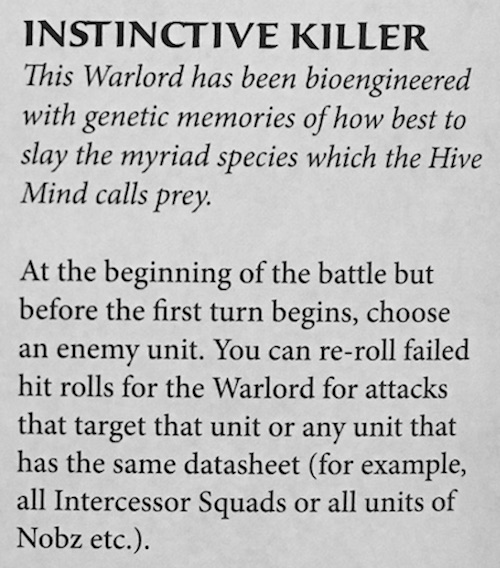 If your Warlord is going to be in the thick of the fighting (or shooting for matter) why not get free re-rolls vs the unit you need to kill. Or hey, are you fighting against a super-spamtastic army? Perfect – if they share a datasheet, you get free re-roll against ALL of those units! Seems good to me. Again, that’s Shooting and Melee – it’s ALL failed hit rolls! 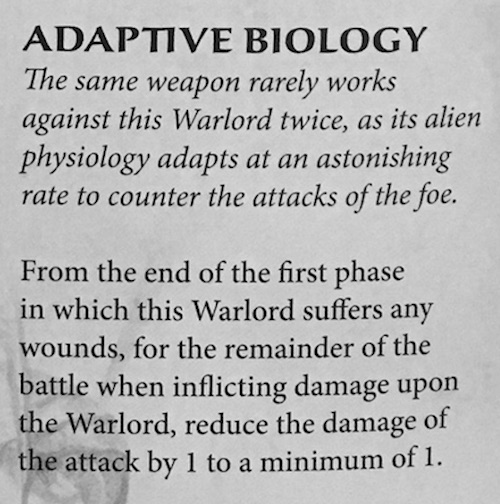 The default trait of Old One Eye, this trait is perfect for your large warlords who have a target on their backs (or faces in some cases). Reducing the damage by 1 to attacks might not seem like much, but when your Warlord can also Regen or if you spend command points to heal (thanks Rapid Regeneration) then those extra wounds should hopefully add up.

That’s if for the Generic Warlord Traits of the Hive Mind – do you have a favorite? Let us know in the comments below!