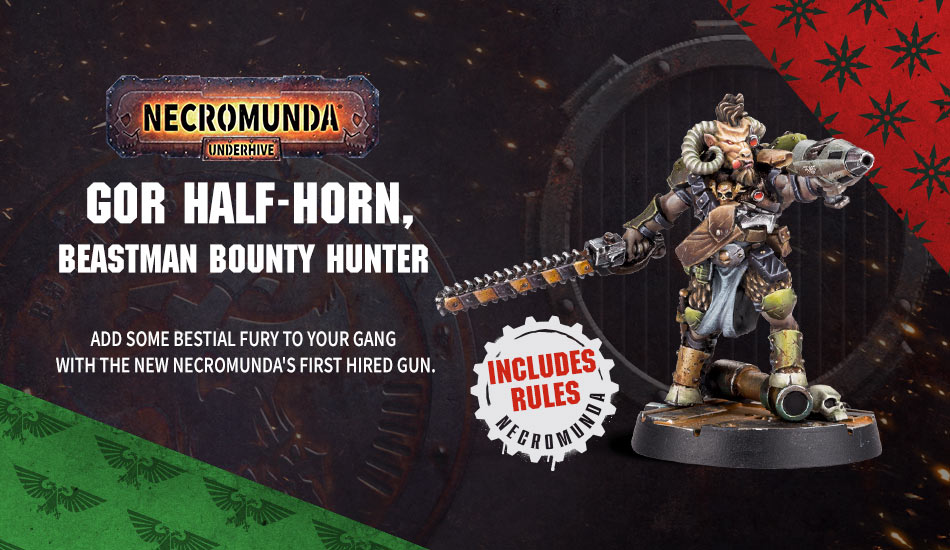 Gor Half-Horn, the Beastman Bounty Hunter is heading to Necromunda…but we’ve got plans for him.

Old School Fans of GW have been getting a kick at seeing a “Beastman” enter the 40k universe in a non-chaosy way. (Although that’s probably Heresy.) If you didn’t know, Gor is actually based on an old Rogue Trader Era model: 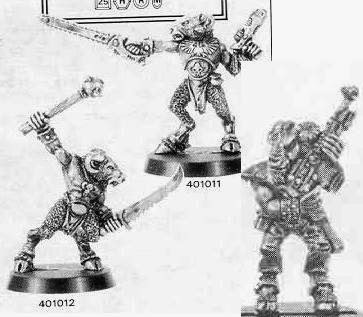 So that got us thinking – what if Gor ISN’T a Chaos Spawn…what if he’s just an Abhuman. And if that’s the case, how else could you incorporate him in your 40k army? So here is our list of ideas on how you can use him (and possibly a few more Beastmen types) in your 40k lists! 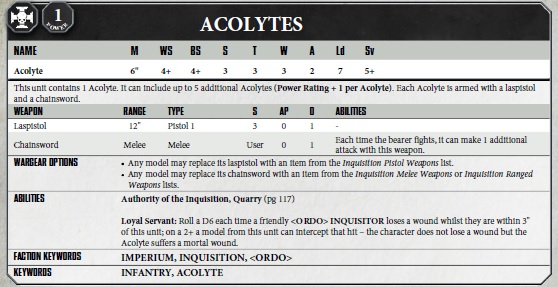 Boom. This one is first in our list because we think it’s the perfect fit. Rules-wise, Gor could totally be an Acolyte! He’s even got the Chainsword and has access to the “Inquisition Pistol Weapon” list, which, btw includes a Plasma Pistol! But why stop at an Acolyte? Why not go for the BIG TIME?

Who would be better at rooting out Chaos Cults than a guy who looked like one? NOBODY, that’s who. Inquisitor Gor has a nice ring to it! 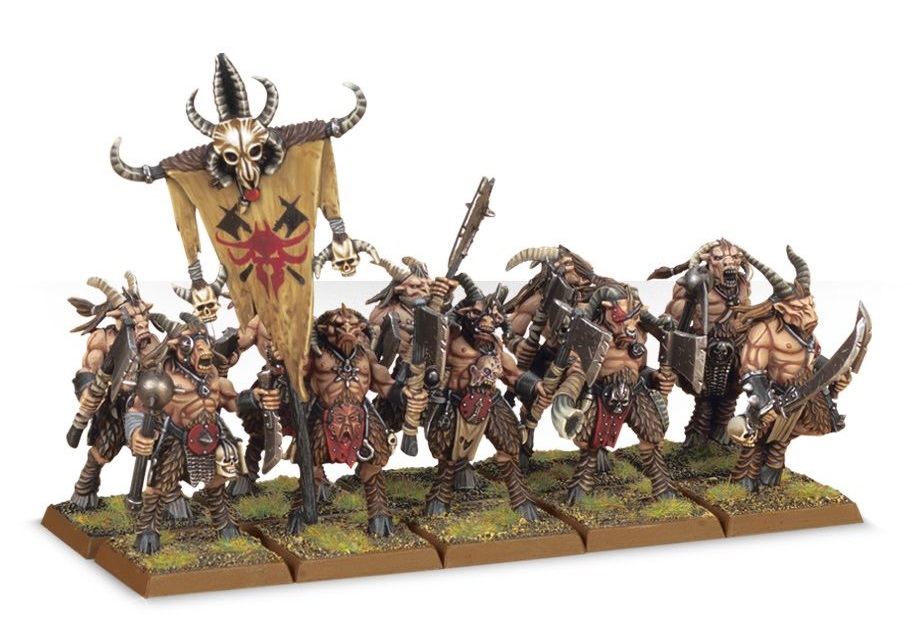 The Gors could make a really cool AM Conscript unit. All it would take would be some arm swaps and perhaps a pass with some sheers and greenstuff. But I think it could work really well! And Inquisitor Gor would be the Squad Leader. Besides, It’s been done before by other modellers: 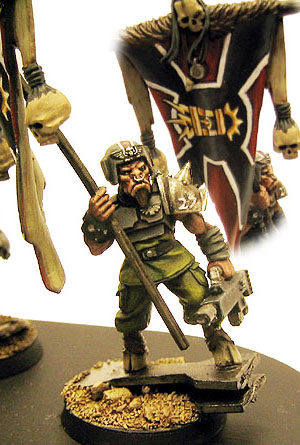 There are more pics. Go check them out!

Okay – it’s cheating I know. But c’mon – it would work sooooo well! I’ll take any excuse to run cool Beastmen model conversions on the 40k tabletop. Maybe it’s because I got to play against this army from back in the day, but it always stuck with me: 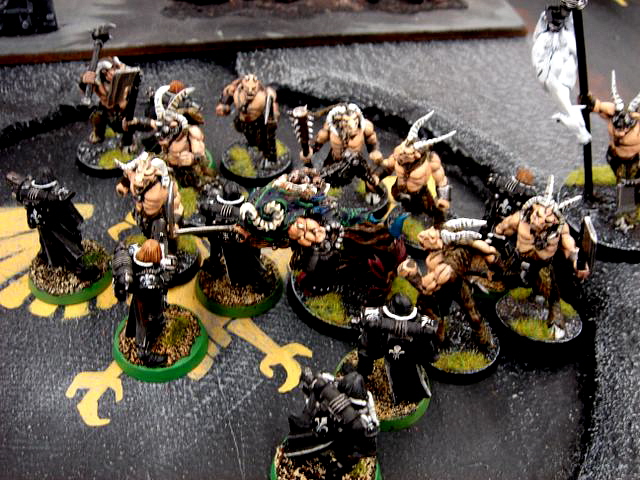 Our very own Aventine had a Legion of the Damned army using Beastmen conversions and it worked really well! Would love to see that make a comeback. 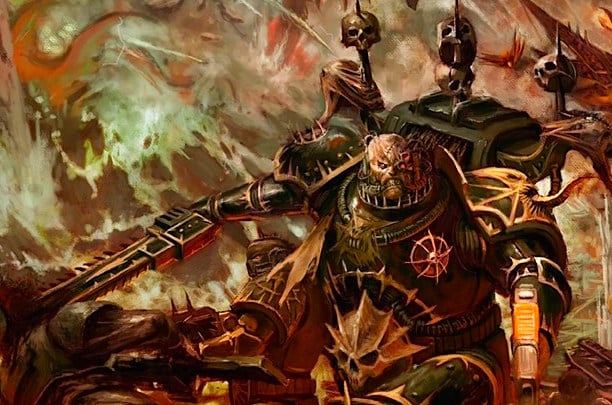 This one would take some extra bits, but wouldn’t be that complex. Add a pauldron, maybe a backpack – couple of bits of armor or doo-dads. He’s got the chainsword and plasma pistol I mean, what more do you need? 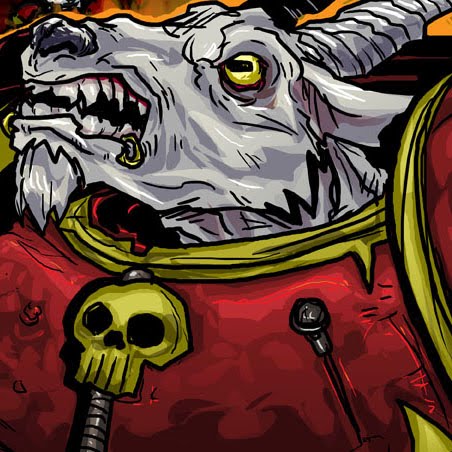 Author: Adam Harrison
Writer, Editor, Texas Native, and Austinite for 15+ years, Adam covers all things Tabletop Gaming. Which includes Warhammer 40,000, Age of Sigmar, D&D, Board Games and everything else that involves dice, boards, cards and a table. A hobbyist, player, and collector of miniatures and games, Adam's current obsession are his Death Armies for Age of Sigmar, his Blood Angels and Tyranids for 40k, and his ever growing Arkham Horror: The Card Game Collection.
Advertisement
Forge World Games Workshop Miniatures Warhammer 40k
Advertisement 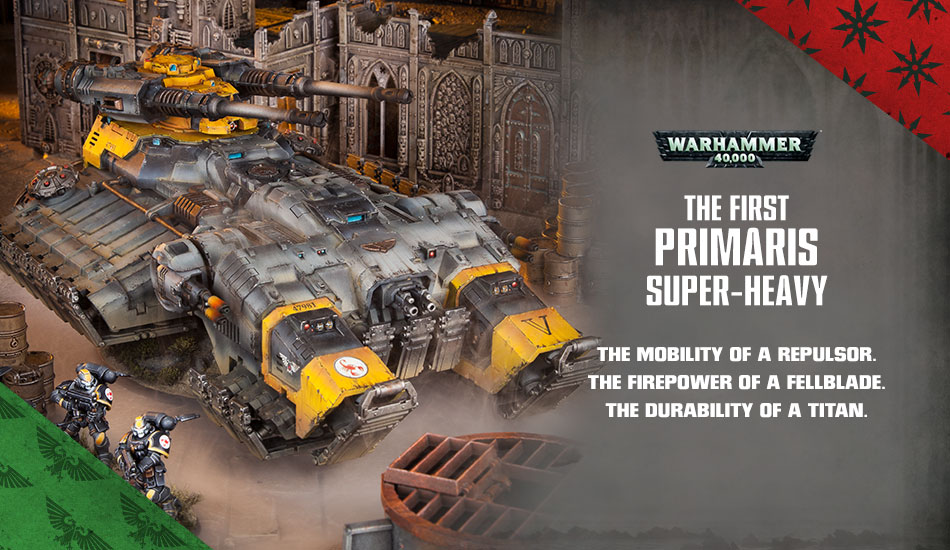