Let’s take a look at one of the best classes in the new Xanathar’s Guide to Everything.

Xanathar’s Guide to Everything is officially out now, and you can grab a copy at your local game store or pick up a digital copy through D&D Beyond and see what all the hubbub is about. We’ve been thoroughly impressed so far, and today, I wanna delve into one of the main chunks of the book, the 27 new subclasses. These are the centerpiece of the book, and as we’ve said before, they’re well put together, for the most part, and expand the game in exciting new ways, offering a new approach to many of your favorite classes.

The Horizon Walker is one of the best ranger variants I’ve seen in a long while. If you’re a fan of 5th Edition, you know that the Ranger has needed just a little something to give them that distinctive flavor, and the Horizon Walker delivers that in spades. Fun to play, full of lore and mechanics that reinforce the narrative of the class, the Horizon Walker really hits it out of the park. 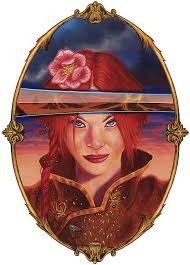 Which is interesting, given the class’s heritage. Originating as a prestige class, the 3rd Edition Horizon Walker was this odd sort of terrain based class that was ostensibly about exploring the far corners of the world and eventually beyond that to the Planes. But it was actually about collecting a random assortment of skill bonuses and insight bonuses to attack against creatures from a given terrain set. It was ostensibly for more Primal classes like the Ranger, Druid, Barbarian, and even rogue–though realistically this was a ranger centric prestige class that nobody really took anyway because you traded off even the limited Ranger spell progression for not all that much in return. 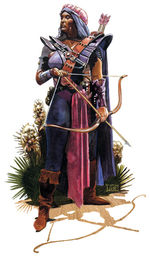 But here in 5th Edition the Horizon Walker really shines. Nevermind that the default, phb ranger subclasses are a little lackluster, the Horizon Walker is amazing. It stands out even among other class’ options in this book. Let’s take a look.

First off, the Horizon Walker is recast. Now instead of being tireless wanderers, the Horizon Walkers of this edition are labeled guardians. They protect the world from threats that originate from other planes, or that seek to use otherworldly magic to ravage the world. They can sense planar portals, are capable of fighting extraplanar threats, and get some pretty sweet abilities that help them do exactly that.

Already this is an excellent improvement on the Ranger. It gives the Horizon Walker a purpose, and though Rangers tend to be explorers, it makes them more active and tied to the world. Their function is very much at the core of the class. Horizon Walkers guard the world against extraplanar threats, and this is reflected in the class abilities, proficiencies, and spells. It gives the class a very straightforward and understandable arc, both in terms of how they fit in it. They do this by letting the themes of the class build on each other mechanically.

At 3rd level, they get the basic protection from Evil and Good and their signature ability to detect planar portals and combat extraplanar threats.

Planar Warrior (also a 3rd level feature) lets you draw on the power of the planes to augment your attacks. Mechanically speaking, this class has the awesome distinction of being able to mark a target with a bonus action, convert their next successful weapon attack into force damage,  and even deal damage that scales as they go up in levels.

As the class unfolds, players unlock abilities like Ethereal Step which let’s you cast etherealness 1/rest without spending a spell slot or sacrificing spell slot progression. Or my personal favorite, Distant Strike, which allows you to chain together attacks and short range teleports, and rewards you for attacking more than one creature. Cap that off with the ability to use your reaction to halve incoming damage and you’ve got the makings of a fun, mobile class that’s imbued with planar power.

Combo in spells like misty step or haste  (both of which the class gets) and your Ranger is ready to dish out damage against those creepy otherworldly monsters your DM keeps throwing at you. Seriously though, even the short range teleport that you get is such a fantastic move on WoTC’s part. It reinforces the idea that the Horizon Walker is specifically interested in planar magic, and pairs well with the extra mobility on display here.

All in all, I love this class,  it really highlights how to build a class that has a natural progression to it. Each new power makes sense and logically follows into the next one. Each new power builds off of the lessons inherent in the Class’ design.  And it’s fun to play.

With that in mind, let’s close the door on our Horizon Walker for now and see what window they’ll teleport in through.