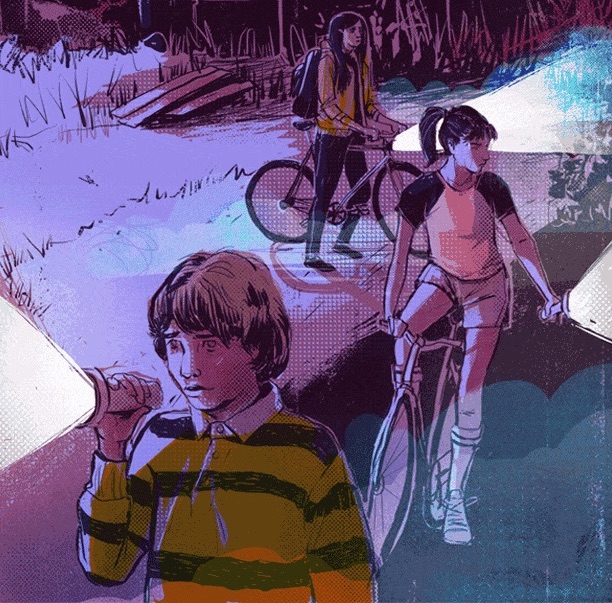 How can anyone get any homework done when werewolves/draculas/aliens/bigfoots are invading the town and those adults don’t know what to do!

You and your friends and your trusty bikes may be the only thing that stands between your small town and a world full of monsters/darkness/weird psychic monsters from another reality. But if you’re going to stand up to the things that threaten your town, you’re gonna need help.

Kids on Bikes is a fast-paced setting-heavy RPG that is all about a group of kids living in a small town in the 80s. Much like Tales From the Loop, the game centers around a group of kids who struggle with weird things in their towns and all the ordinary problems that come from being a kid who has to grow up. It’s really just the worst. 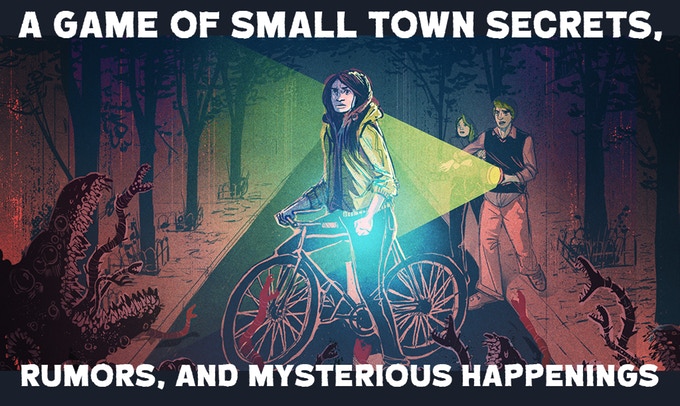 If Tales From The Loop did one thing right (it did several) it really nailed down its central premise and setting. Kids on Bikes looks to put that tool in the hands of you and your friends though. The setting you’ll be playing in is collaboratively built by the GM and Players. You’ll have a wide range of characters, including Kids and Adults, and you’ll also have new settings.

This is a game that requires your group to buy in, but because of that, if you can get a game of this going, it’s going to be one of those really story-based games that keeps everyone coming back to the table. It’s about giving you the opportunity to play a cast of characters who live in this sandbox of a world haunted by monsters and other things that lurk in the shadows. At the time of this writing, the Kickstarter Campaign is at nearly $60,000 (of its $5,000 goal), and each stretch goal is a new setting to explore.

Kids on Bikes is a Collaborative World Building RPG set in small towns with big mysteries. Written and created by celebrated game designers Jon Gilmour (Dead of Winter, Atari: Centipede/Missile Command/Asteroids) & Doug Levandowski(Gothic Doctor, Seven Minutes in Hell). Kids on Bikes is a rules-light storytelling system that gets players into the action fast.

The Adventures of Kids on Bikes take place in small towns at any point in history before:

Kids on Bikes takes place in a more mysterious time, where anything and everything *could* happen.

Kids on Bikes is a 60 page, rules-light, fast-paced storytelling game in the spirit of games like DREAD, Perseverant, MONSTERHEARTS, and other great indy titles. Kids on Bikes is perfect for game nights in which you want to get a game in RIGHT NOW.

Using stats like GRIT, CHARM, FIGHT, FLIGHT, BRAINS and BRAWN, you’ll jump into the action. Each skill is represented by a polyhedral die based on your character’s competence. More sides = better chance of success.

Did we forget to mention powered characters? 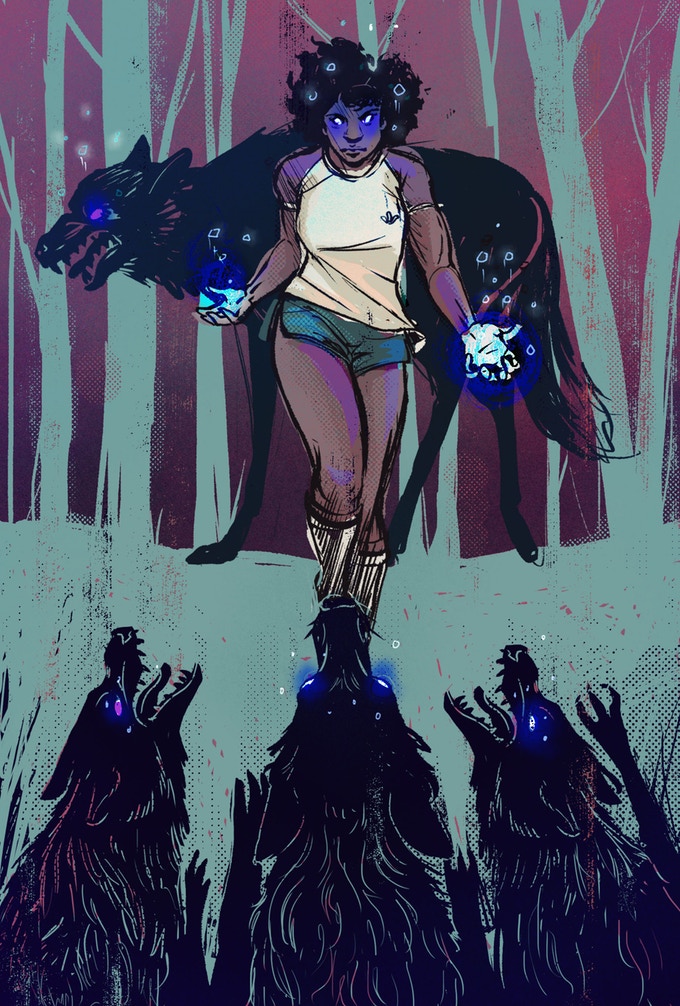 Kids on Bikes also features a character co-controlled by all of the players at the table. Using aspects of the character from the GM, players will share narrative control over what the character does – and when they use their mysterious, dangerous powers!

Players will more than likely need their powers to get you out of a pinch, and as you play more, the powered character will get stronger and stronger!

But be careful… using powers comes with a cost…

Back Kids on Bikes the RPG Today

Time to go save the world again, I guess. Man, we’re gonna have to write about this for our back-to-school essay aren’t we?

Author: J.R. Zambrano
Bell of Lost Souls Staff Writer and DM, J.R. covers RPGs of all stripes and on occasion eats sandwiches. You can ask him about either at [email protected]
Advertisement
Kickstarter RPGs Rules
Advertisement