The Old World, and the New, come to life.

The other week video gamers everywhere were greeted with the release of the new Total War: WArhammer II. Since getting my hands on it I’ve put about 36 hours into the game (yeah I obviously hated it). Warhammer II makers a significant advancement over its predecessor and is a worthy addition to the Total War line. It remains not only faithful to Total War games, but to the world of Warhammer Fantasy Battles. So lets dig in a bit more and see just why I think this is an amazing game.

(N.B. For this review I will just be covering the base game and the Vortex Campaign, not Mortal Empires or Multiplayer)

A Game Made Just For Me 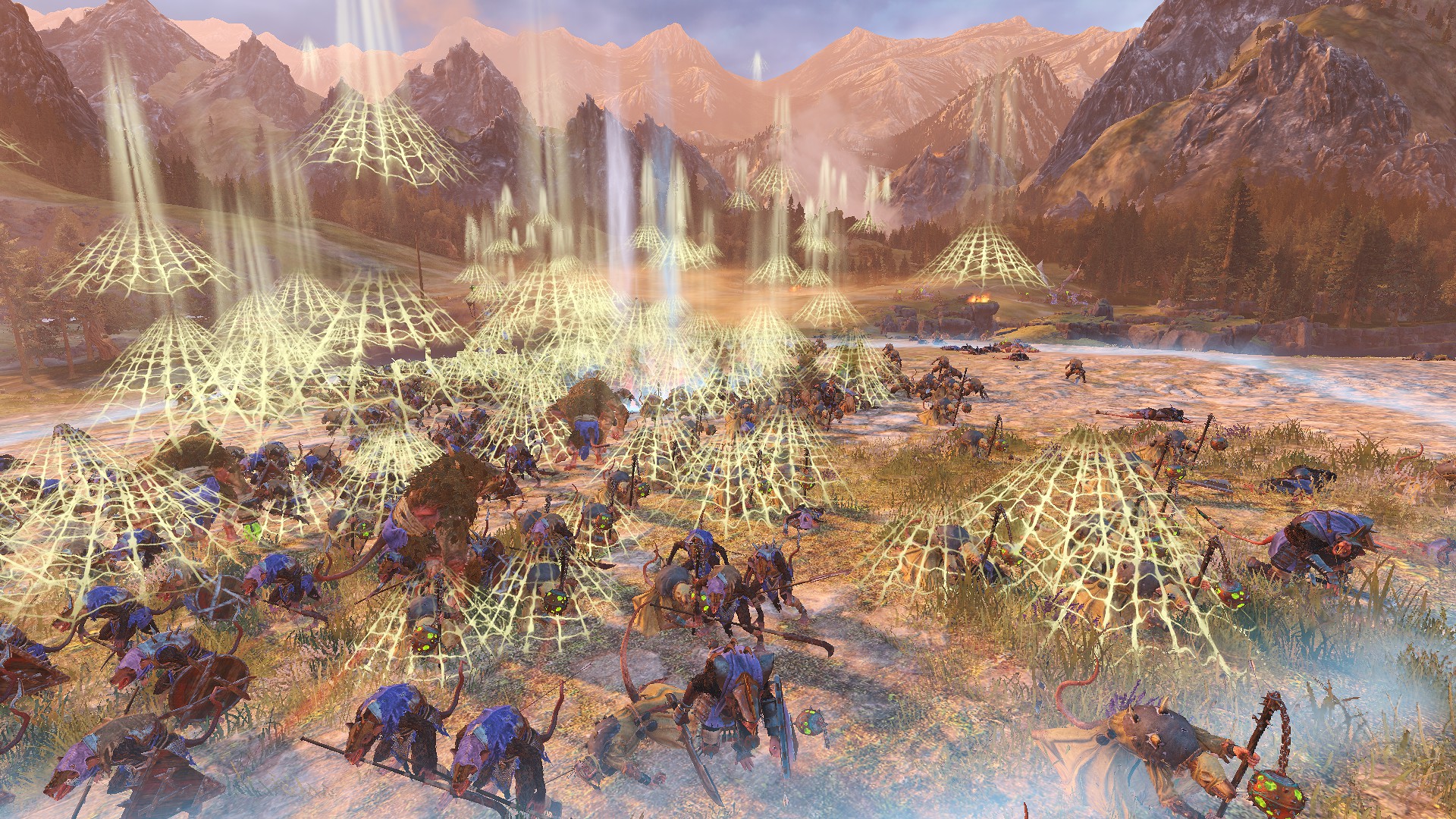 They really netted me with this one

Before we get in depth into the game, a quick caveat. This game is pretty much tailor made to appeal to me, I’ve played ever Total War game since Shogun I, and spent a good 15 years players Warhammer Fantasy Battles. This is a game that really hits my buttons and combines two of my favorite franchises into one. That’s not to say it was an automatic win, it had a really high bar to meet. I’m glad to say it did. So far I’ve played through a full campaign as the High Elves and also messed around with the Lizardmen a bit. Lets look at what I love about this game. 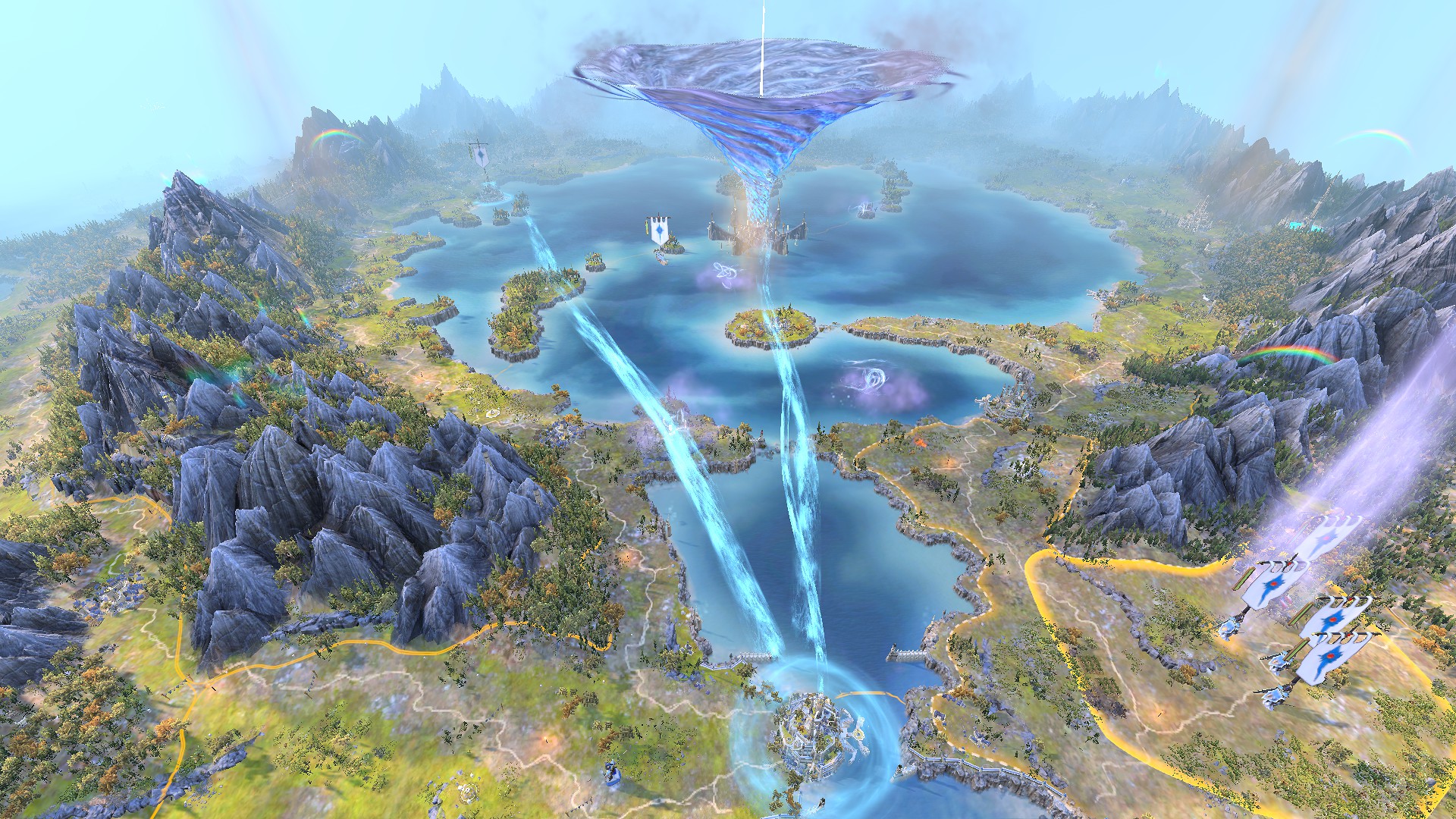 The heart of the High Elf lands

Warhammer II focuses on 4 new races, Lizardmen, Skaven and High and Dark Elves, to the game. The game is set in the western part of the WFB setting, in Lustria, Naggaroth, Ulthuan and the Southlands. The single player campaign focuses on the these four races struggling to control the magic vortex of power located in the center of Ulthuan. While the campagin is more focused than the semi-sandbox of most Total Wargames I felt it was a huge improvement over the Chaos invasion “plot” of the first game. The Vortex story helped keep the game focused and made sure all the factions were competing of the same goal. In Warhammer I it sometimes felt like there were two games, Dwarfs vs Orks, and everyone else vs Chaos. In Warhammer II everyone is engaged in the same struggle and it helps keep the game moving forward. 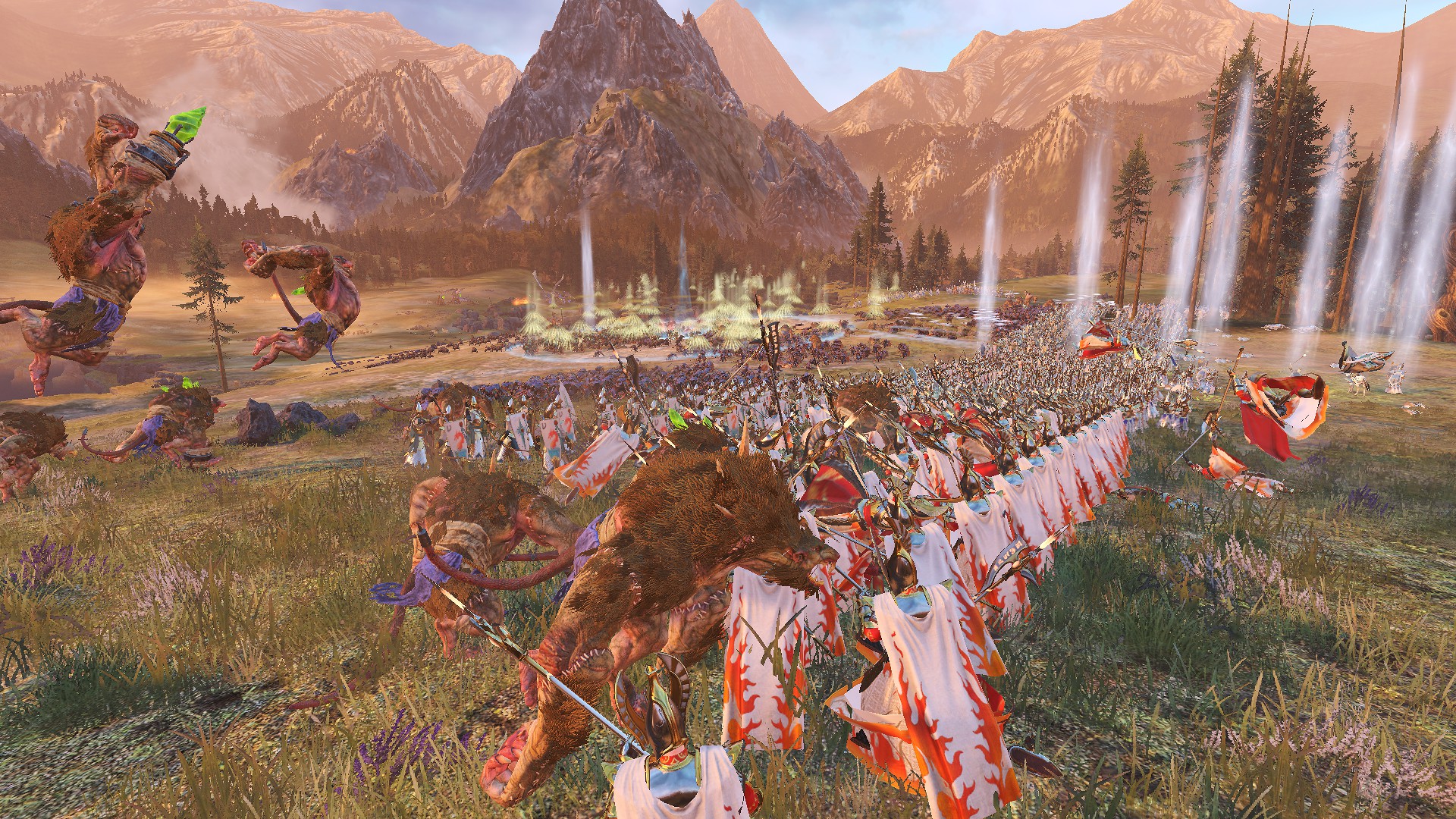 You can literally leap into battle!

In Warhammer I the focus of defending against the Chaos invasion often forced the player in to a passive/reactionary stance, defending against a tide of Chaos. Warhammer II puts the player in a much more active position. The impetus of the game is to first unify your starting location, and then to venture forth, across the high seas often, to find to adventure and treasure. Unlike Warhammer I, I never felt I was just sitting around waiting for a new attack, I always had things to do. 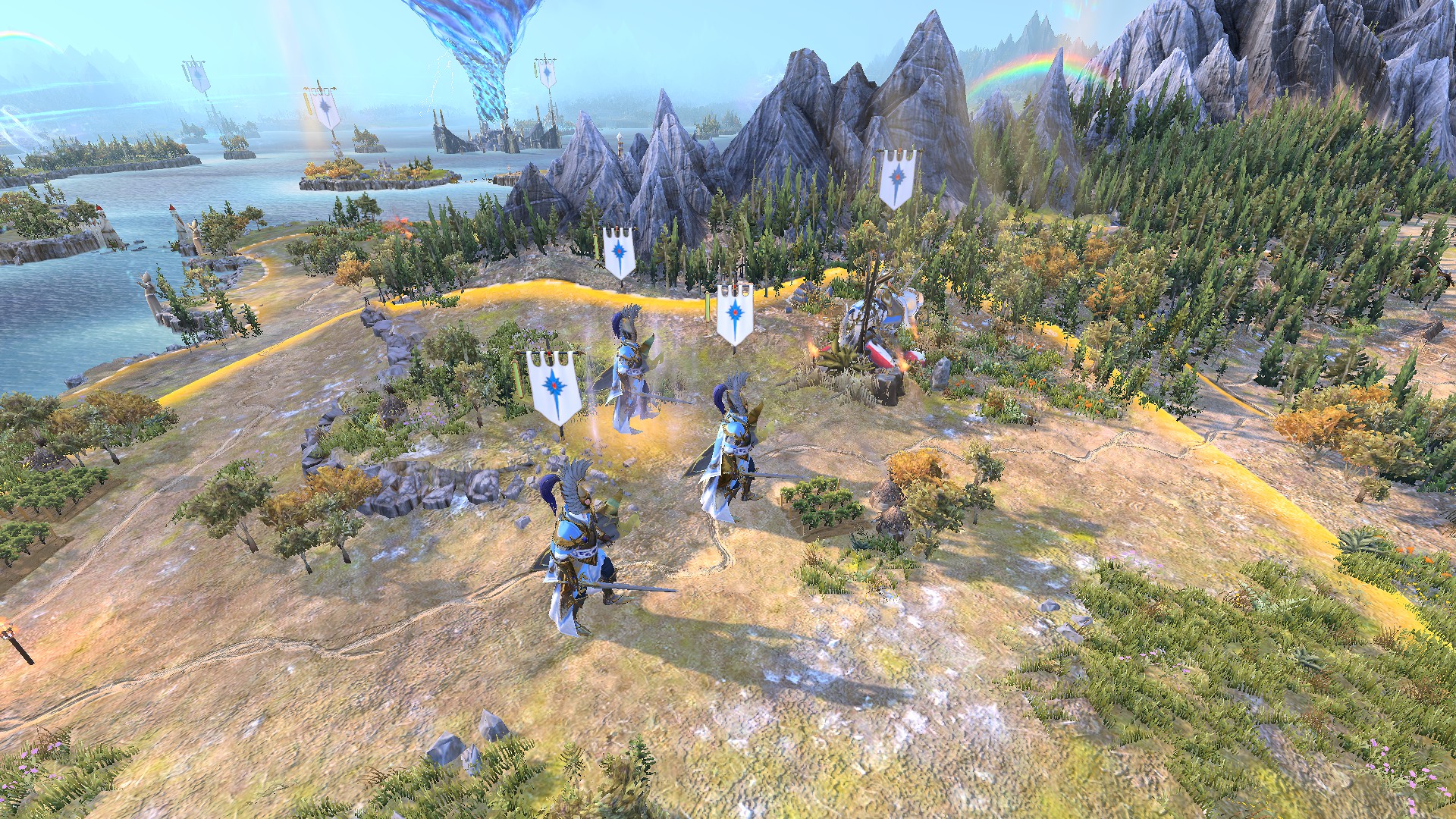 Full of my armies!

One of the major improvements of Warhammer II is to add a lot more stuff to do on the campaign map. Now in addition to moving and fighting battles, characters can sail the seas searching for lost islands and magic treasure. On land they can explore sacked cities and have mini adventures against other looters. Storms, magic and natural poses their own dangers to moving armies. There always seems to be something else to do, some new reward lying just a turn away. 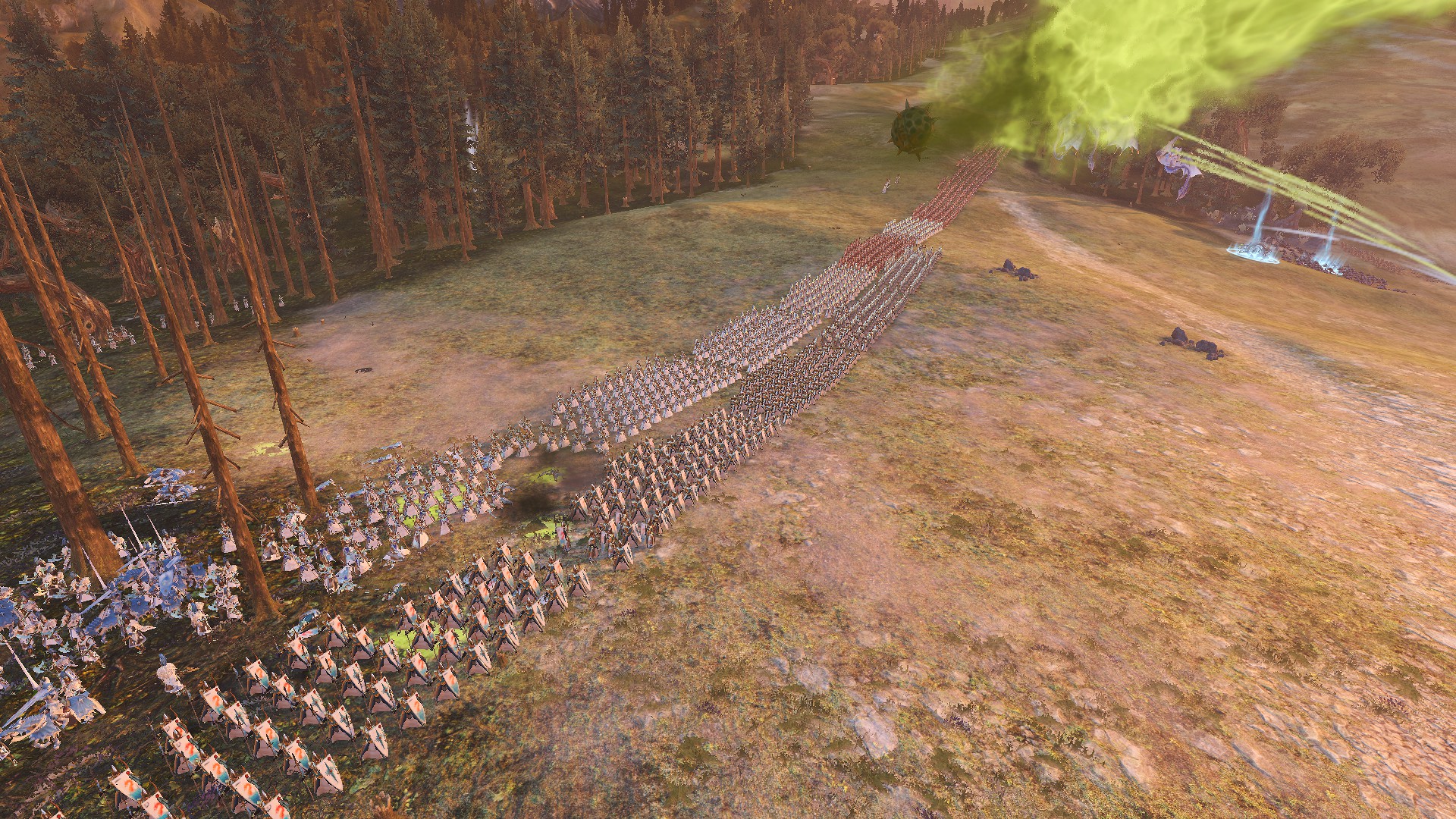 My massive High Elf battle line under bombardment by Skaven.

One of the big draws, maybe the biggest, to a Total War game is the battles. Happily I can say the battles in Warhammer II deliver. While these remain largely the same as the first game, there has been some streamlining and improvement. Most noticeably is the inclusion of the 4 new factions and their wonderfully rendered units. Each faction adds some new and interesting twist in battles. And never fear, all the factions of the prior game are still in the Vortex campaign, as minor factions you can fight against  or ally with. So many factions give the battles a huge amount of diversity. 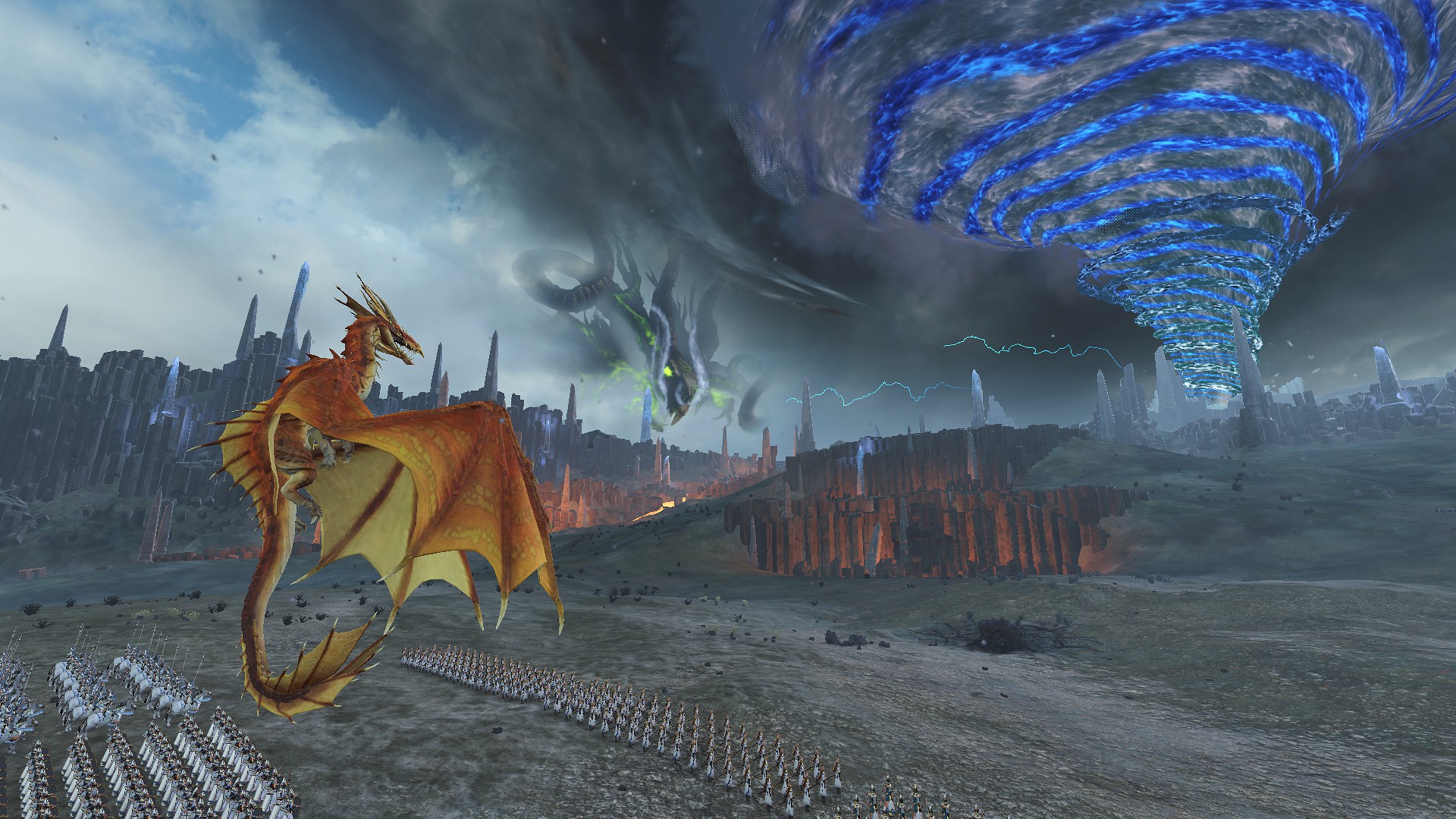 Just look at this insanity!

One thing I can’t rave about enough is how great the maps, both battle and campaign look. Though Warhammer I had some great looking maps, they tend to focus on the dark and gritty setting of the Old World. In Warhammer Two the settings are much more fantastical, from the deep jungles of Lustria to the magic soaked earth of the High Eleven Kingdoms. While their are still plenty of skull mountains, those are now joined by rainbow clad peaks and soaring spires. From the blood pits of the Dark Elves to the Temple Cities of the Lizardmen, and beyond the maps are vibrant, details and magical.

The Flaws Are Minor 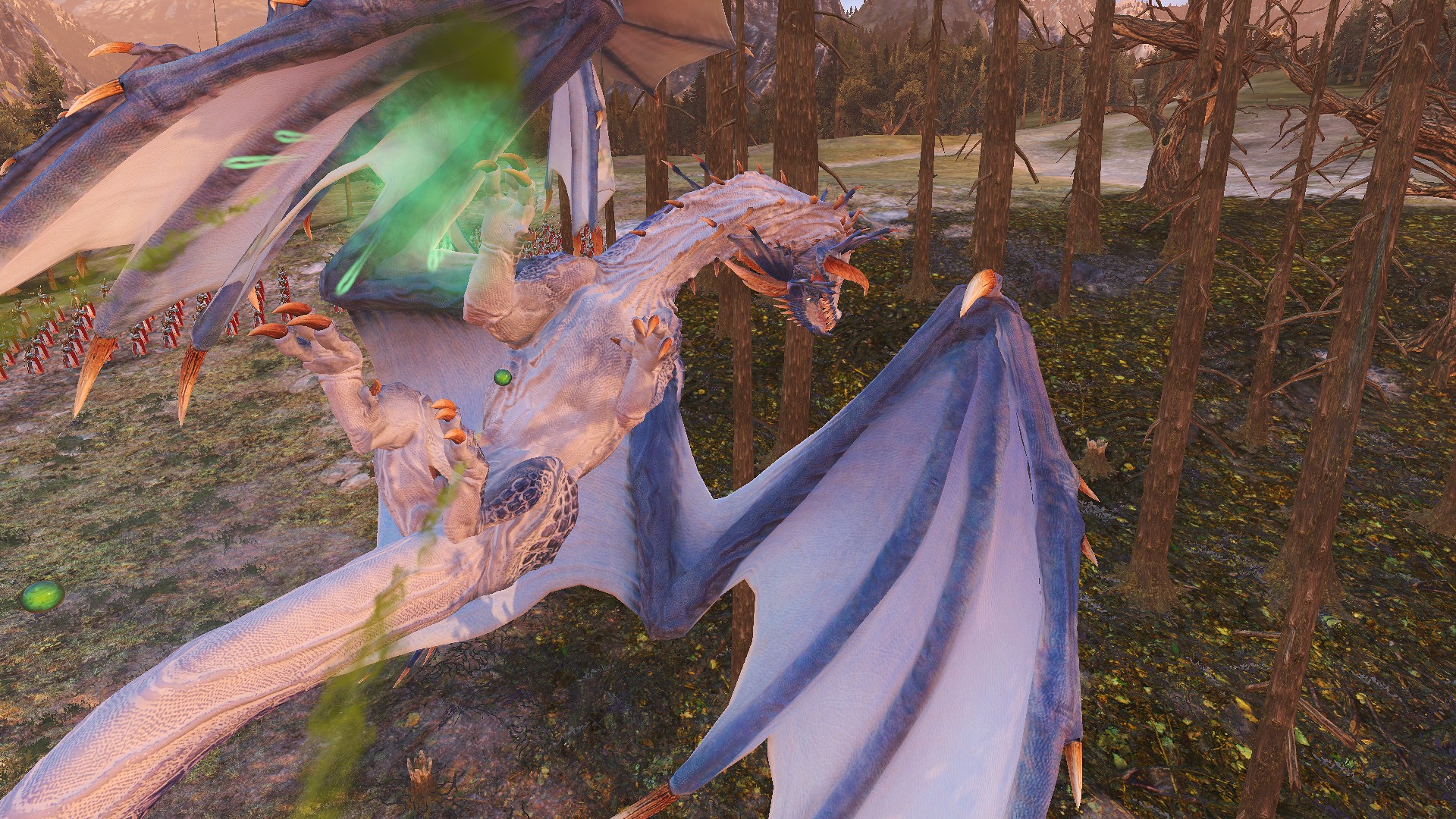 This is about the only flak the game deserves.

No game is without flaws, and Total War: Warhammer II does some have. Most of the issues I do have with the game, are the same ones I had with Warhammer I. Perhaps my biggest peeve is still that units don’t have Champions, Standard Bearers , or Musicians modeled in them. These are such a major part of how a Warhammer army looks. In addition previous Total War games had them, so I can’t understand how they were left out. However you can see that that complaint is pretty minor at best. Luckily many the issues that had troubled by in the original game were addressed. 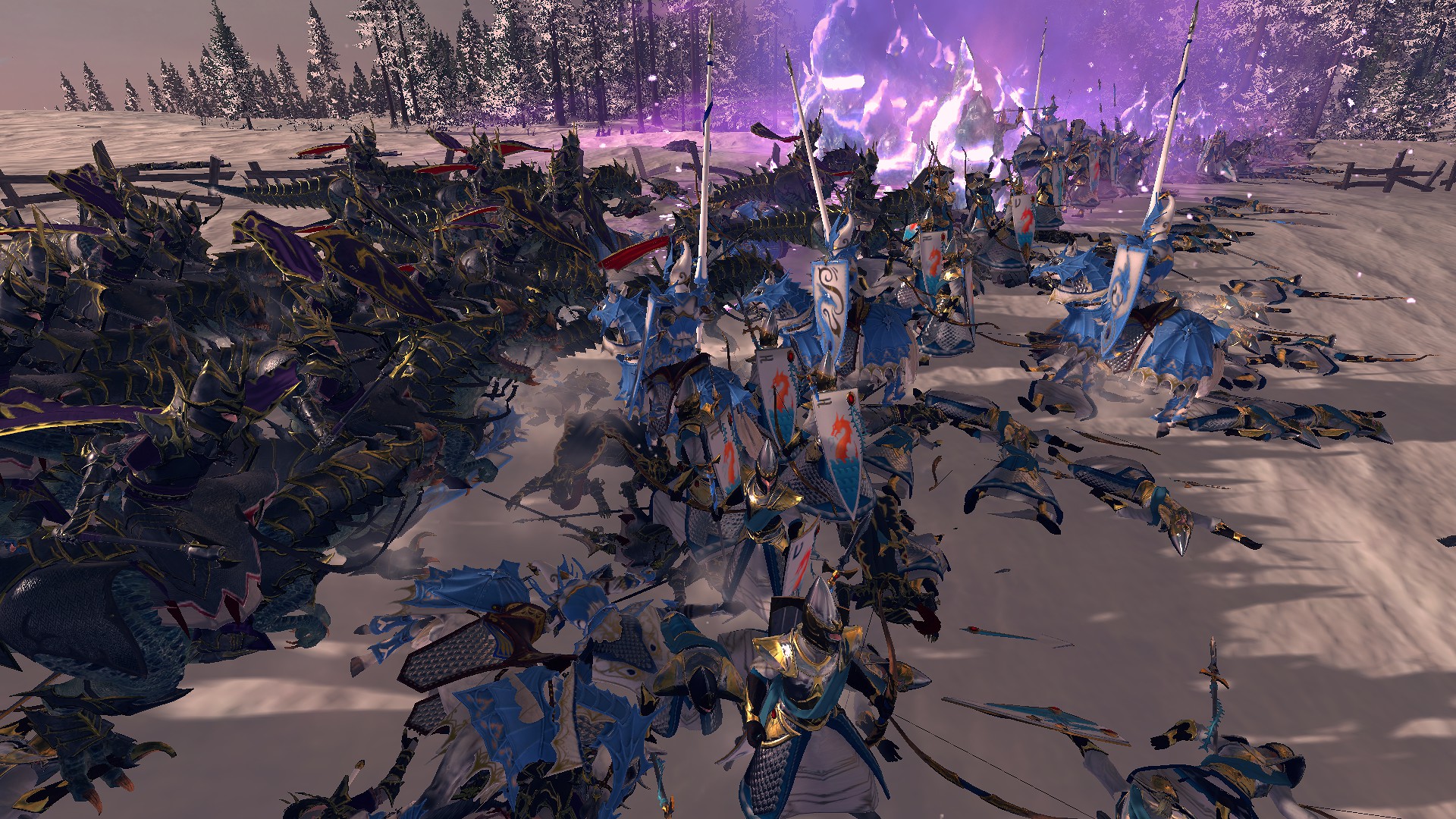 The new world is actually full of evil elves trying to kill you.

Total War: Warhammer II takes the solid game play foundation of its predecessor and with the additional of new factions and a more focused campaigns improves on it in just about every way. This is a game that will wow with you visual spectacles and pull you in fast paced tactical battles. From exploring jungle ruins to fighting climatic battles there are few dull moments. By introducing new concepts and more RPG elements the game sets itself apart from its precursor and carves out its own space.

If you are a fan of Total War games, of Warhammer Fantasy Battles, or simple of massed fantasy combat, I cannot recommend this game enough.

Well that’s all for today folks. Have you played Total War:Warhammer II? Let us know what you think, down in the comments!