One of the joys of a Star Wars game is getting to re-fight all the famous battles of movies and books.

As cool as making up your own battles and campaigns can be, there is alway a draw to refightingsome of the famous ones from a setting. Armada is actually a great game for re-fighting Star Wars Space battles in, and making up mission and lists to do that is a popular past time in the community. Lets look at a few ideas you could use to make your next “historical” battle around.

The Battle of Endor is the iconic, the ur-fleet battle for any Star Wars fan. This massive battle is what made fleet battles fleet battles for Star Wars and set them apart from dogfights. It’s also the perfect setting for a massive multiplayer battle of your own. Though Armada lacks both Braha’tok-class gunships and Super Star Destroyers the rest of the ships at Endor can be represented on the table top. Simply pit masses of ISD and MC80 against each other. Fill space with a horde of fighter and relive your childhood.

The most recent iconic space battle is the Battle of Scarif from Rogue One.  Scarif’s smaller sized action makes it a perfect fit for a normal, or slightly expanded to 500 point game of Armada. With the MC75 and Raddus due to come out soon now is the perfect time to play out this battle. Three ISD1s with Vader and bunch of TIEs work for the Imperial side. While a force of light ships and the MC75 with Raddus work for the Rebels. Sadly we are again massing the Braha’tok to make the battle complete. Still these lists can easily be built and fielded for a fun and thematic game. 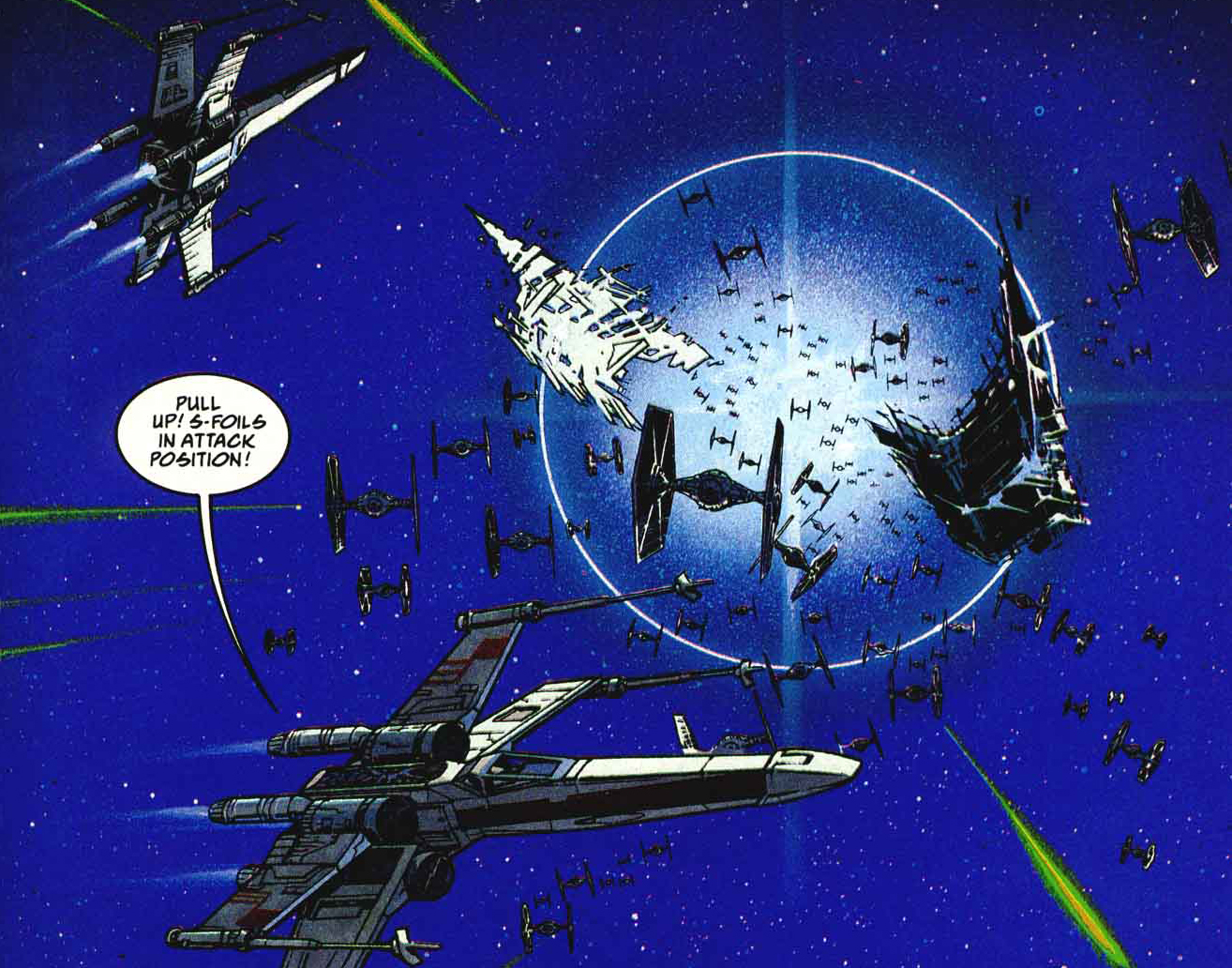 The Battle of the Sluis Van Shipyards was the first major battle of Thrawns attack against the new Republic. This famous battle would work well as a 2 v 2 battle allowing for slightly larger sides. Thrawns force consisted of a number of ISD supported by some light ships., which could be Raiders here. The Rebels used a big mix of their classic ships, with the added twist of having an ISD of their own. However the big twist of the battle is that the Imperial are trying to steal a number of unarmed Rebel ships. Build a mission around trying to capture some neutral ships and have fun. 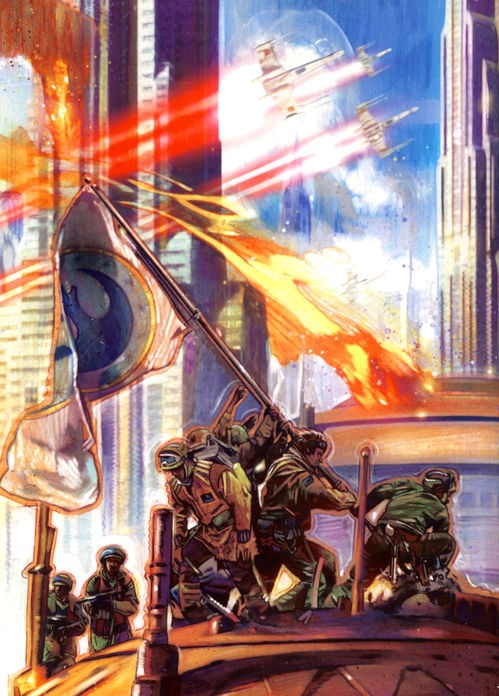 The Liberation of Coruscant in 6 ABY marked one of the turning points of the Galactic Civil War in the old EU. What makes this battle such an interesting one to re-fight is the slightly unorthodox fleets you could use in it. During the battle the heart of the New Republic battle line was made up of Home One supported by a pair of captured ISDs. This could be a really interesting fleet to play with, mixing very different styles. The Imperials on the other hand had mostly VSD and heavy Golan Defense platforms. Giving them a fleet of weaker VSDs backed up with some armed stations could play out in interesting ways.

A Galaxy of Options

These are just a few of the nearly unlimited options you have for battles to refight. From small skirmishes to massive fleet battles Star Wars is rich with iconic moments to relive on the tabletop. Playing match up and missions around these fights not only can lead to fun new lists, sometimes using units for opposing sides, but also to interesting and intense missions. A whole Galaxy is out there waiting for you, enjoy it!

That’s all for this time BOLS fans! Let us know what battles you want to re-fight, and what rules you’d use to do it, down in the comments!

Author: Abe Apfel
Abe is that rare thing, an Austin local born and raised here. Though he keeps on moving around, DC, Japan, ETC., he always seems to find his way back eventually. Abe has decades of experience with a wide range of tabletop and RPG games, from historicals, to Star Wars to D&D and 40K. He has been contributing to BOLS since almost the start, back when he worked at and then owned a local gaming store. He used to be big into the competitive Warhammer tournament scene but age has mellowed him and he now appreciates a good casual match. He currently covers 40K tactics and lore, as well as all things Star Wars, with occasional dabbling in other topics. Abe remains in mourning over the loss of WFB to this day.
Advertisement
Star Wars Armada
Advertisement 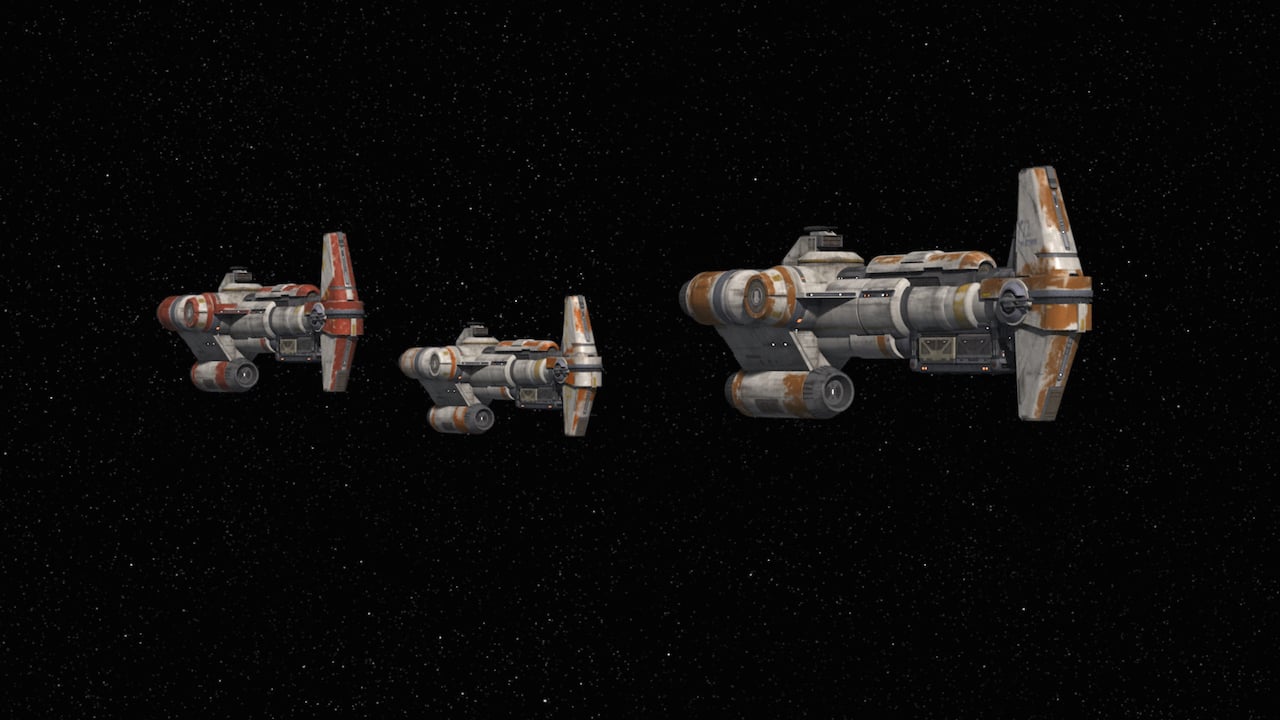