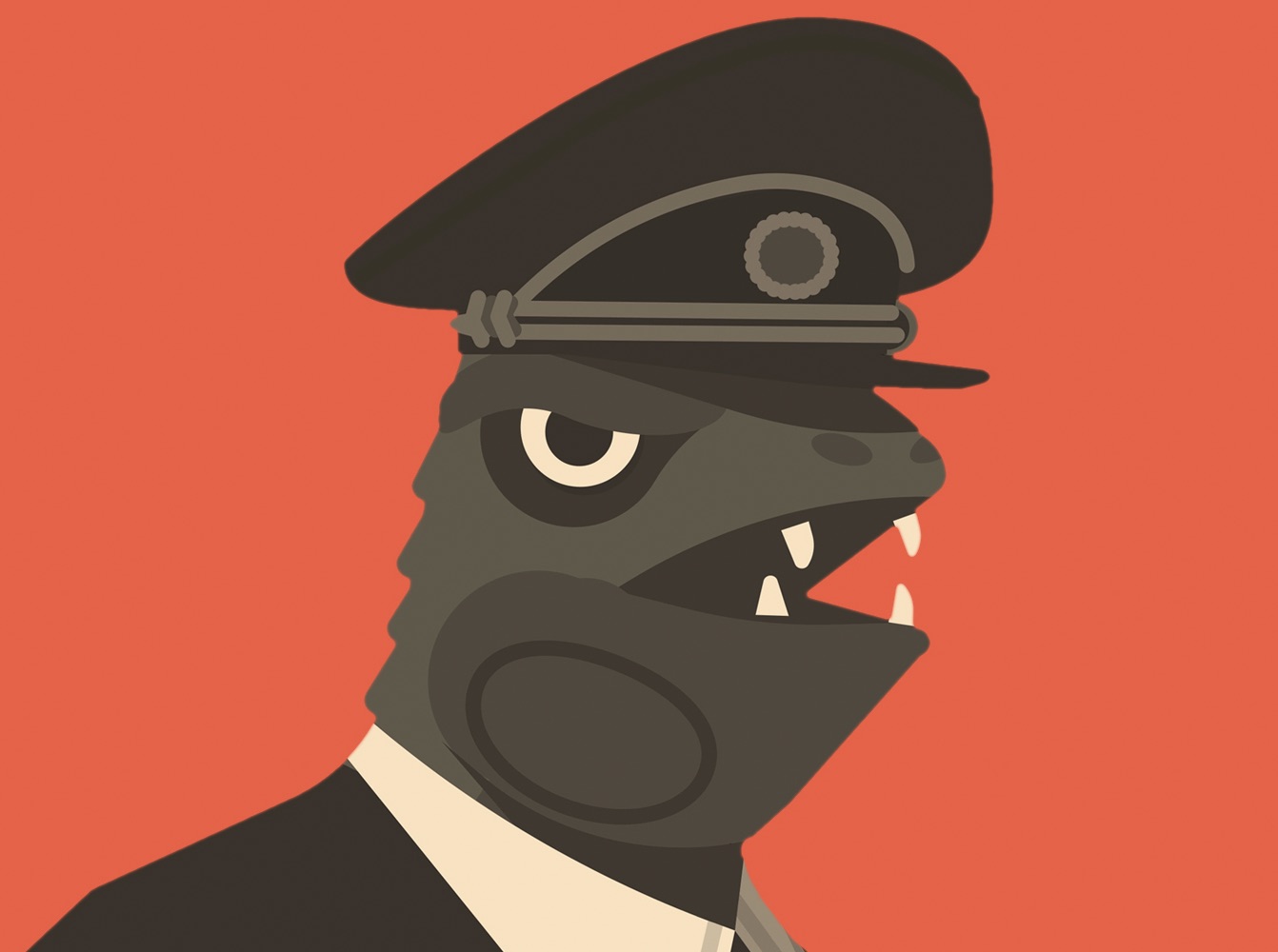 Getting ready for a gathering with family and friends? Have we got the game for you!

Around this time of year folks go visit friends and family. Sometimes, it can get a little awkward – but our friends from Dragon’s Lair Comics & Fantasy have a game that just might help with those tensions – Secret Hitler:

Okay – so this game might not exactly be the BEST for a “family” gathering, but it’s a ton of fun! It’s a social deductive game for 5-10 players that pits the liberal players vs the fascist players in a race to see who can accomplish their goals first. The catch is that no one knows who’s-who: Everyone’s allegiances are hidden! Oh and to top it off, one of the players is Hitler! Just to spice things up further if Hitler is elected Chancellor, then the Fascists win. But don’t get to discouraged – it’s harder than it sounds.

The basics of the game are pretty simple to grasp – you’ll pick-up on it with just a simple run down of a turn. A player is selected to be President every turn. That player must then select a chancellor who will be voted on my the rest of the players. Once the chancellor is selected, the president draws three policy tiles, and discards one. Then they pass both tiles to the chancellor who must select one tile as the policy that is enacted. The others are discarded face down. Based on what policy gets passed, it’s a “point” for either the liberals or the fascist side.  That’s when things get interesting…

Along the way, you’re going to have to make some deductive guesses – did the president give the chancellor a choice with the tiles or did the chancellor choose the policy due to their own option. Who voted for “ja” this particular chancellor and why did they do that? How many policies are left and what was the ratio of liberal to fascist policies in the stack – maybe neither player had a choice either!

Along the way, the president and the chancellor also get additional “powers” if fascist policies are enacted. These could even be helpful things like the President getting the option to look at a player card – or even getting the option to execute a player! You could use your fascist powers to even take out Hitler – if you can figure out who he is! But if you’re wrong…well, you’re that much closer to a fascist dictator taking over.

The cards and product quality are all pretty impressive for this game. At the same time, if you want, you could also make this one yourself for FREE. Download the Rules HERE. Download the “Print and Play” version HERE. I think it’s pretty neat they put the entire game out there for free – but if you really enjoy it, you’ll get a kick out of the quality components that come with the actual game. Secret Hitler is out now in retail – so do yourself a favor and check this one out! 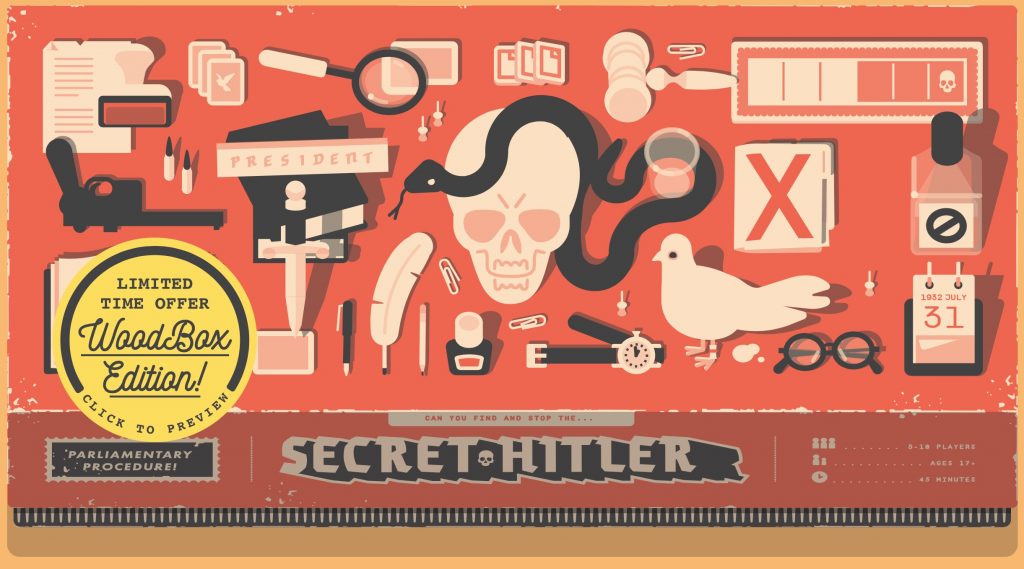 Secret Hitler is a social deduction game for 5-10 people about finding and stopping the Secret Hitler.

Players are secretly divided into two teams: the liberals, who have a majority, and the fascists, who are hidden to everyone but each other. If the liberals can learn to trust each other, they have enough votes to control the elections and save the day. But the fascists will say whatever it takes to get elected, advance their agenda, and win the game.

Nothing says “Family Fun” like calling out a family member for being Secret Hitler! 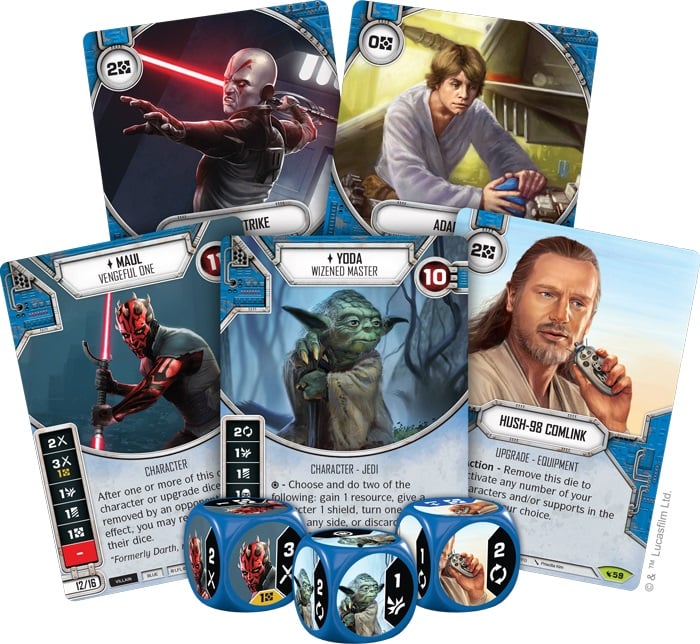