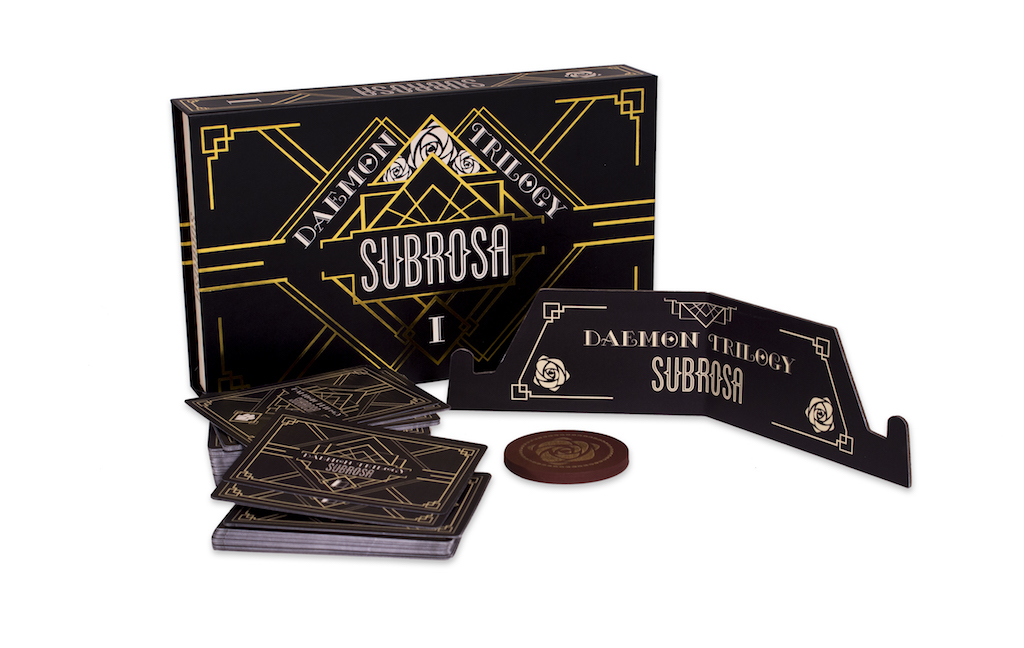 IDW Games has a new drafting card game out that kicks off a new trilogy of games. Check out Subrosa!

Our friends at Dragon’s Lair Comics & Fantasy brought over a cool new card game that has some fun drafting mechanics. Daemon Trilogy: Subrosa is a game that kicks off the first in a series of games and we think it’s worth taking a look at:

Subrosa is a digitally enhanced card drafting game. You don’t need to play the game with the app – but you can. If you DO, it’s ups the stakes and makes it a bit sneaker that possible without it. The app helps you to play along with the different levels of deception possible in the game and that’s why you’d want to use it.

The setting of the game is a world where different houses have imprisoned Daemons and use their powers to grown their own wealth and power. You’ll use card characters like assassins and mercs to carry out contracts – either hits or protecting targets, among other things. It’s a pretty neat drafting style game with cool art too boot.

What really is appealing about this game is that the results matter. I’ll let IDW Games explain:

In the Daemon Trilogy, game results from Subrosa will affect gameplay during the next game in the set. At the end of each game, the results will let players know what changes and updates will need to take place to characters, households, and other rules. The Daemon Trilogy is designed so all three games can be played in a single game session, with game length to be around the same time as a larger box game of 60-90 minutes.

Overall, It’s a slick game and is appealing for fans of card drafting games and players who collect the entire series. I’m looking forward to see how the rest of the games and the world around it delvelop in the future. But for now, Daemon Trilogy: Subrosa is out and in stores – so go check it out! 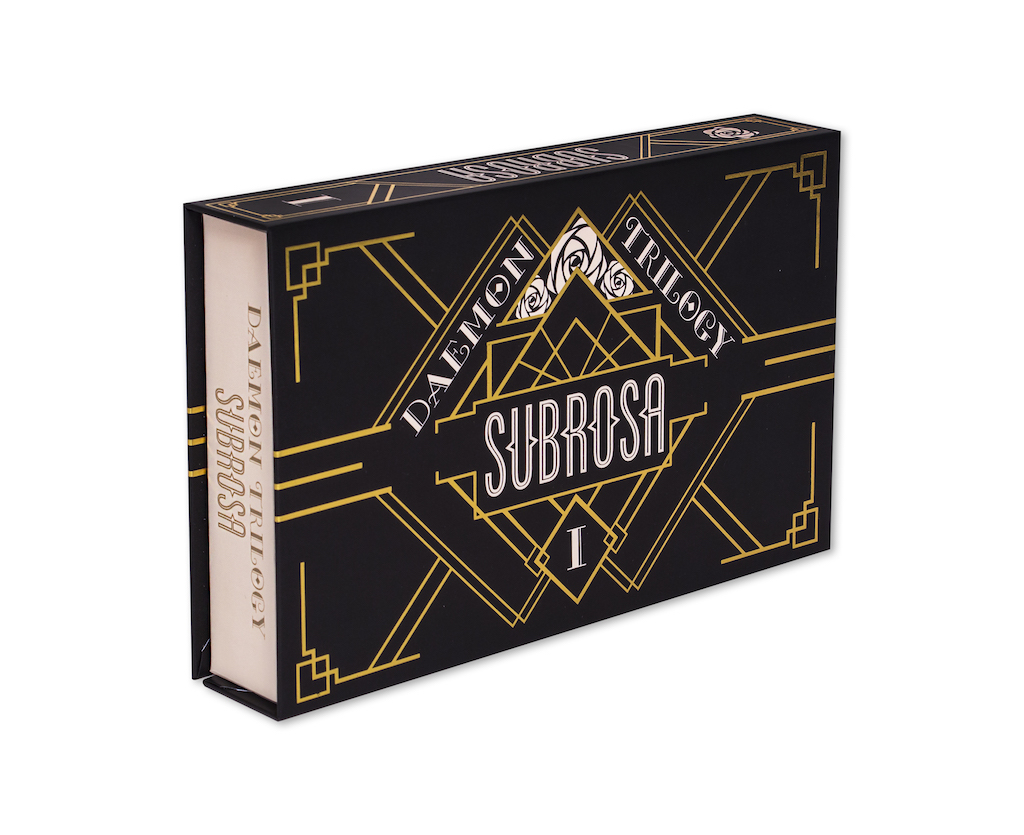 Daemon Trilogy: Subrosa is a card-drafting skirmish game in which players compete to fulfill contracts and gain the most influence in the Empire.

This title is the first in a series of app-enhanced card games. Subrosa takes you along the story of power, control, and double-dealings in a battle of supremacy between the five great houses. Recruit mercenaries from your hand to take on and fulfill contracts. These contracts collect you influence and (perhaps eventually) control of the Empire. Team up with allies for mutual protection or stealthily egg on your opponent’s quarrel. How to win is up to you, but remember to keep your enemies close, and your friends even closer.

Do you trust the “heart of the cards…”