Steel yourself Loremasters – today we venture to the black heart of the Durkhari – Commorragh!

The origins of Commoragh are traced to the times of the ancient Eldar empire when it was dominant in the galaxy where it became one of the greatest Webway port-cities. Port Commoragh was established in M18 as the primary nodal port in the Webway. This allowed it the capacity to transport a fleet to any of the most vital planets of the Eldar. Its ability to access the far-flung corners of realspace led it to becoming the most important location in the entire Webway. Thus, it was considered too valuable to belong to any one aspect of the Eldar empire and was granted autonomy.

However, this meant that Commoragh became outside the jurisdiction of the great Eldar councils of the time and thus attracted many to the port-city who wished to hide their deeds. In time, this realm expanded with wealth and influence reaching across its borders leading it to absorb other locations within the Webway such as port-cities, private estates and sub-realms. With each expansion, Commoragh grew even larger and more impressive as it fed upon the plundered wealth of these parts of the Webway. 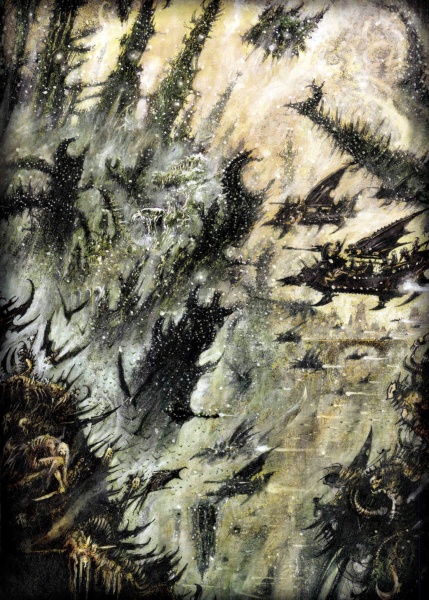 By M31, the Fall of the Eldar fell upon their empire which shattered their civilization forever. The unrepentant Eldar that survive this event continue to survive within the Webway between M31 to M32 that sees Commoragh become a vast realm itself and the Dark City coming under the oppressive rule of the noble houses that lurk within its heart.

Commorragh has stood for over ten millennia, and due to the difficulties of surviving the Dark Eldar way of life, combined with needing to live much longer than what is considered possible for normal Eldar, there is only one being who could possibly remember the founding first-hand: Asdrubael Vect, Supreme Lord of the Kabal of the Black Heart. In fact, Vect claims that he is the founder of Commorragh, as well as the one who discovered the way of extracting souls from living creatures in order to prolong one’s life.

Unfortunately, he is the only one nearly ancient enough to know whether these statements are true or false, so the validity of this claim is unknown. But it seems that by M35, Vect had achieved total dominance over Commorragh following the Imperium’s raid on the city that virtually wiped out the old aristocracy. 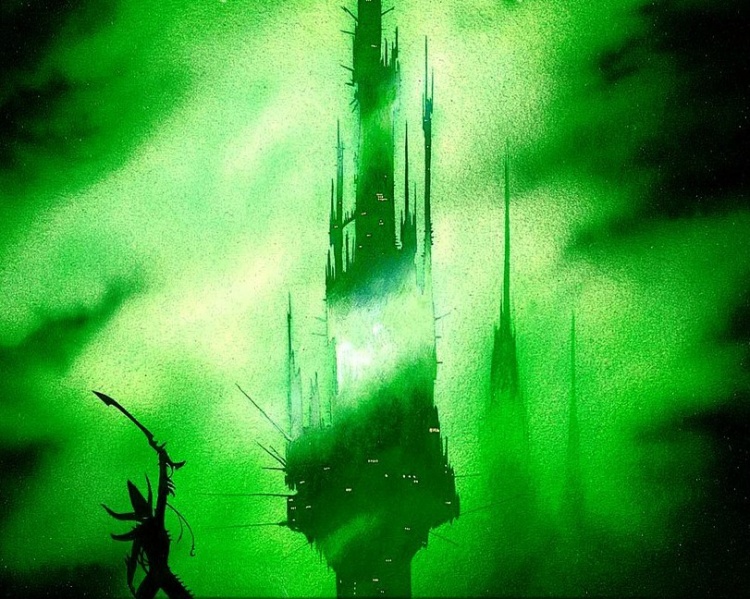 In the closing years of the 41st Millennium, the birth of Yvraine within Commorragh created a catastrophic Dysjunction. The event destabilized much of the Dark City, forcing Vect to retreat to his outposts while the city falls into anarchy. As Daemonic incursions become commonplace, Kheradruakh managed to open a portal to the realm of the Mandrakes, transforming a large part of the city into his lair. Wych Cults, Kabals, and Haemonculus Covens battle for supremacy amid the chaos.

Within the Webway, Commoragh appears as a composite entity of impossible scale as it acts more like a vast collection of satellite realms and cities that are all linked to one another by either an number of portals or other hidden pathways. As such, the Dark City can be seen as a loose collection of far-flung nodes spread across the passageways of the Webway. The most clustered concentrations reside in a reality that are scattered across the galaxy that are thousands of light years apart in some places.

However, shortcuts are present that link these points together in the form of dimensional gateways that allow the immense distances of the sub-realms to be crossed with a single step. Runic wards are present that protect Commoragh from being breached by outsiders.

Want to learn more about the Dark City of the Drukhari? Check out the Lexicanum for even more Lore Nuggets!