Spotted out in the wild, Dark Angels rules in White Dwarf pics.

Thanks to one of the eagle-eyed readers over at Faeit 212, we’ve got a look at some of the upcoming rules for the Dark Angels. Mind you, nothing direct, so a lot has to be inferred from a battle report breakdown, but, it’s looking pretty good for those broody boys. 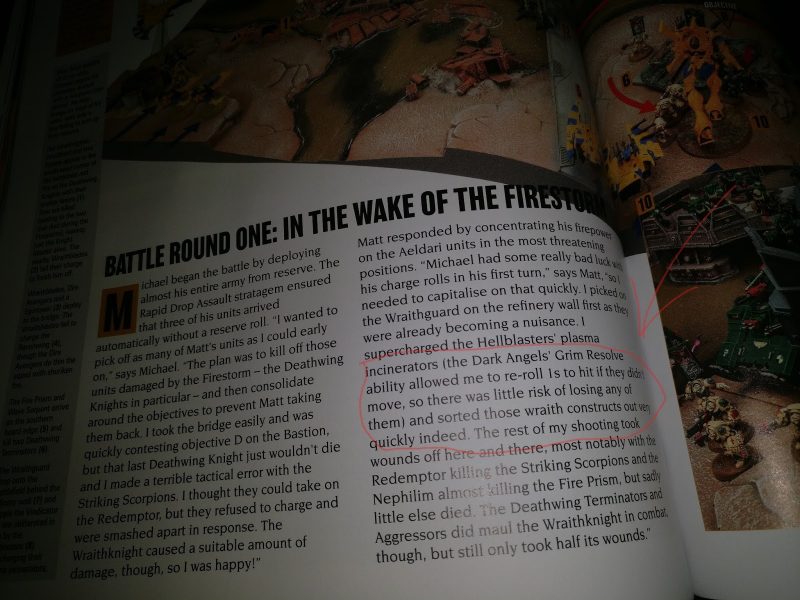 First up, there’s Grim Resolve which sounds like it’s a Faction rule since it applies to the Hellblasters, who generally don’t get native extra abilities beyond killing the things you point them at. A re-roll on 1’s to hit if you don’t move is well within the bounds of other, similar rules we’ve seen. There are other faction rules that are conditional out there, like the Jorrmungandr Hive Fleet only getting its innate cover bonus if they don’t advance or charge.

All in all, that could be pretty good, though it does not seem to bode well for Biker squads, for whom mobility is their whole deal.

Next up, let’s take a look at a potential warlord trait: 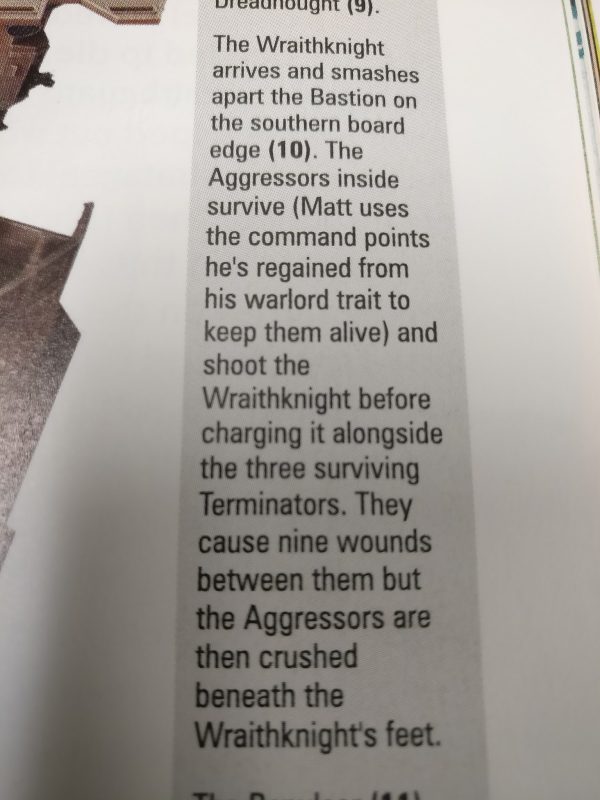 Whatever the trait is, it lets you regain Command Points. It’s unclear if this is multiple points at once, or earned over a couple of turns–nor is it clear how the Command Points “keep the Aggressors alive,” but it’s certainly a strong advantage to be able to renew or harvest command points from a model.

That will let you do things like punch a Space Wolf for fun and profit without actually paying for it. Good times all around–we’ll know how exactly these all work out soon enough, along with the rest of the Warlord Traits, relics, stratagems and so forth–but for now, this is a great place from which to start speculating.

Stay tuned for more Dark Angels news as it comes in.