As 2017 winds to a close, let us look to the future. Where things are doubtless grim and dark.

The year winds to a close, and each separate dying ember of the blaze that was 2017 now works its ghost upon the floor. And now, at year end to stir all our fancy into smiling, let us gaze into the dread eye of the future and see what it holds in store for us. Yes, now is the time to steel or souls and engage in that most human of activities, wild speculation about what might happen.

With that in mind, here are a few predictions for 2018.

Aka I want to be able to look back at this post a year from now and have been right about one thing at the very least. It is a fairly safe bet that we’ll see more Codexes over 2018. And it seems fitting that the “year of Xenos” should kick off with Chaos–I’m more surprised it wasn’t a Deathwatch Codex. But for some actual prognosticating: I think we’ll see Necron and Tau Codexes sooner than you think. This leads me to my second prediction:

Orks get a Big Dex

I have a feeling that Orks will have a Codex that, like the Tyranids, really changes them up and brings out the flavor. The Tyranid ‘dex was the most exciting of 2017, I’m calling it now: Orks as the most exciting of 2018. One of the things that 8th does well is play up the flavor of each of the armies. Say what you will about how much you enjoy the rules, there’s absolutely no denying that each army can really feel different. Whether it’s the wrath and fury of a Blood Angels Death Company, the resilient inevitability of the Death Guard or the Generic Space Marinity of the Ultramarines, 8th let’s the flavor soak into the rules. And I’m excited to see what this means for the greenskins. 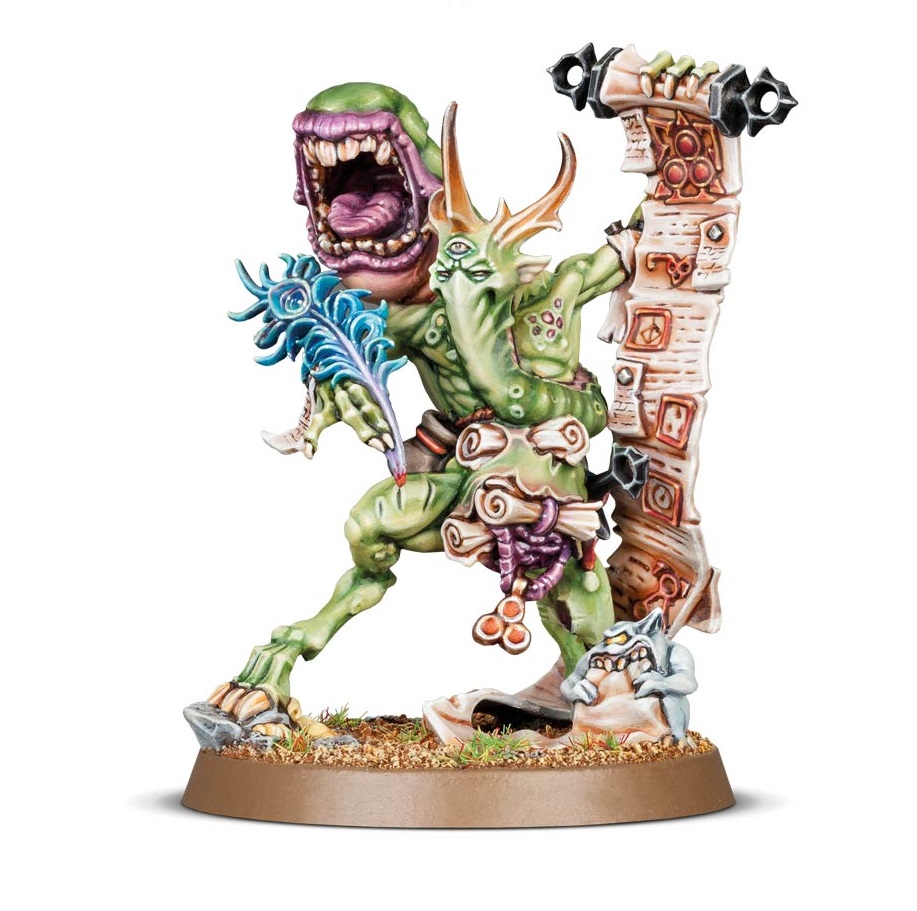 Characters have made a return to prominence in a big way. If you’re not charging in with your special character and having them get the work of your army done, then you’re leaving on then to support the workhorse units in your own army. 8th Edition rewards synergy and is full of ways to gain rerolls, bonuses to hit or wound. And with characters mattering as much as they do (just try and make an army without special characters), I bet we see either new friends, or old models get some new love. We know that Heralds of Nurgle are diversifying, for instance, and I bet we see more of that in the new year. 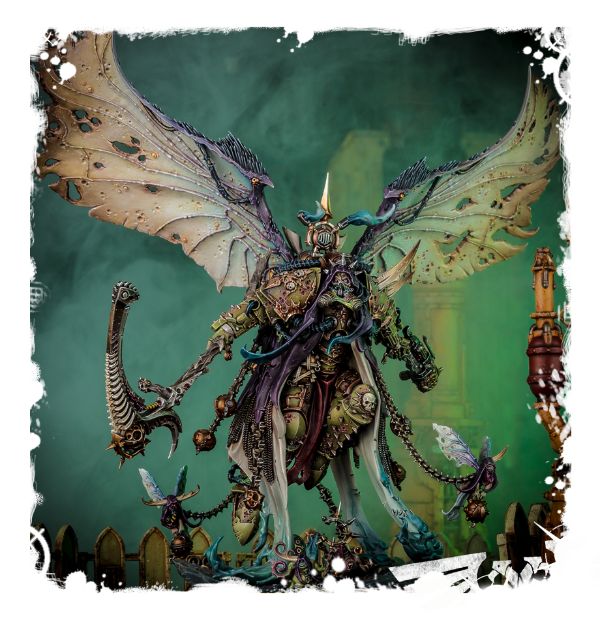 This might be another gimme. But it really does feel like they’re going to release another Primarch next year. 8th Edition is getting a little more Epic, and larger than life characters find a home on the tabletop. You can’t swing a pustulent bileworm without hitting a Mortarion, and he’s usually hanging out with Magnus. I think that’s just the beginning. As the Imperium vs. Chaos conflict heats up, we’ll see more Primarchs trave the field. We know for a fact Lionel Darkangelman is hiding out, just waiting to come out of stasis. Things look very much like the Wolftime, so old Lemony “Snicket” Russ will probably come a-calling. Fulgrim is probably warming up for a new concert with his Emperor’s Children while Lorgar proves he can do what Abbadon’t. You get the idea. As for who and when–my gut feeling: Lion El’Johnson for the Imperium and Fulgrim for Chaos.

The new Leman Russ is the gold standard for tanks. A sign that GW knows single shot weapons just aren’t what they used to be. Mark my words, we’ll see vehicles that rely on one big punch getting a bit of a rework in the coming year.

What are your predictions for 2018? How many of these words will I be eating next year? Let us know what you think in the comments!

Author: J.R. Zambrano
Bell of Lost Souls Staff Writer and DM, J.R. covers RPGs of all stripes and on occasion eats sandwiches. You can ask him about either at [email protected]
Advertisement
BoLS Editorials Games Workshop Warhammer 40k
Advertisement 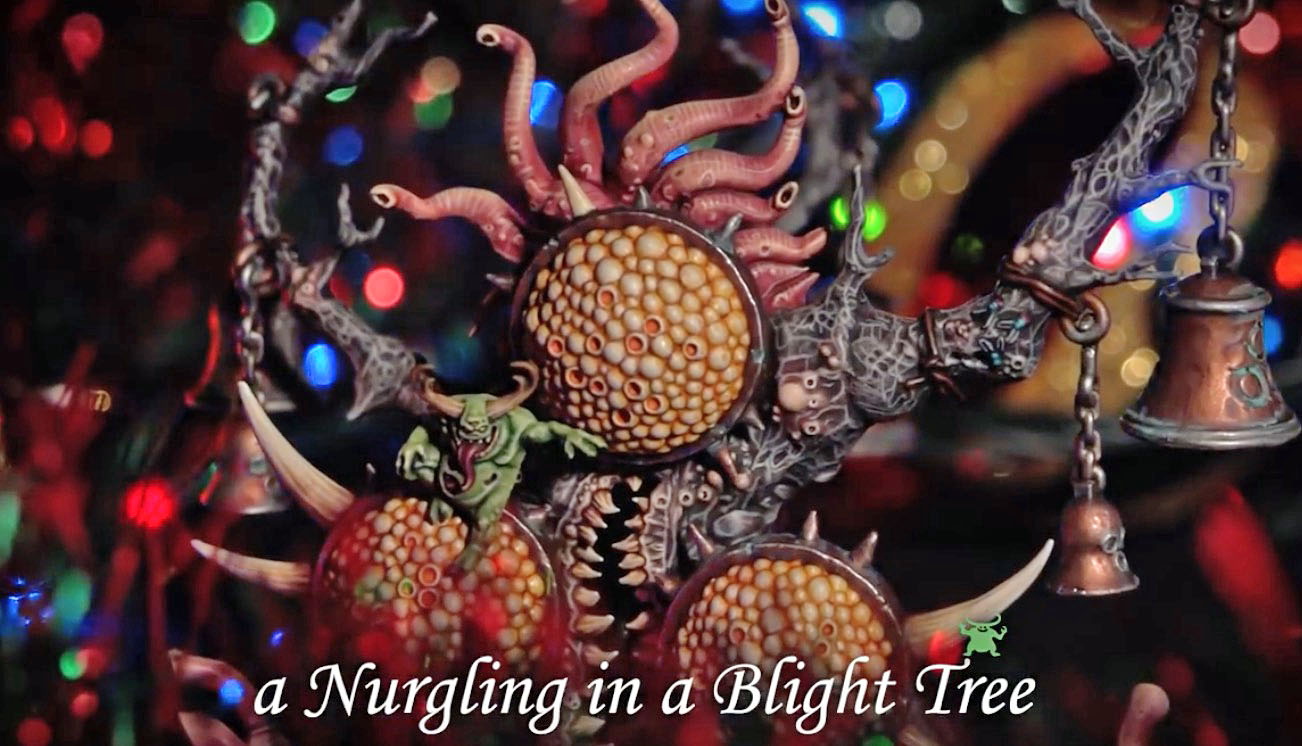