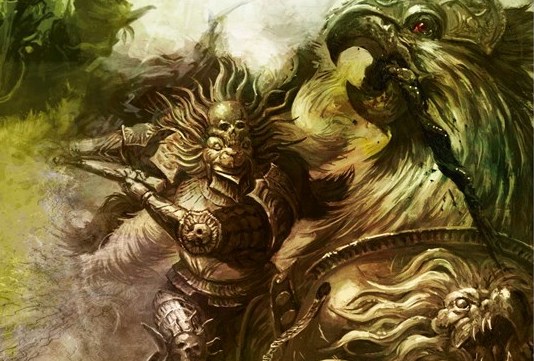 This might sound like an old Sega Genesis Import, but it’s actually an Age of Sigmar Story.

Maybe it’s not a Sega game, maybe it’s a Turbografx 16 title? Possibly one of the SNES JRPGs that was localized, but nobody knew anything about because it came out in the wake of Donkey Kong Country? Alternatively I could see Eight Lamentations: The Tainted Axe being a Sega Dreamcast game, maaaybe an obscure PS1 game. That’s as late as I’d go though. It feels like it’d come with a big instruction manual that’s as full of story as it is gameplay tactics and tips. Takes at least 80 hours to play through to completion, and there are passwords AND a battery backup save. The eShort story that you see here, though, is about a Knight of the Realm of Life traveling into a writhing and chaos-haunted wood to retrieve a corrupt and wicked axe.

So. Still not convinced this isn’t just some ROM file. 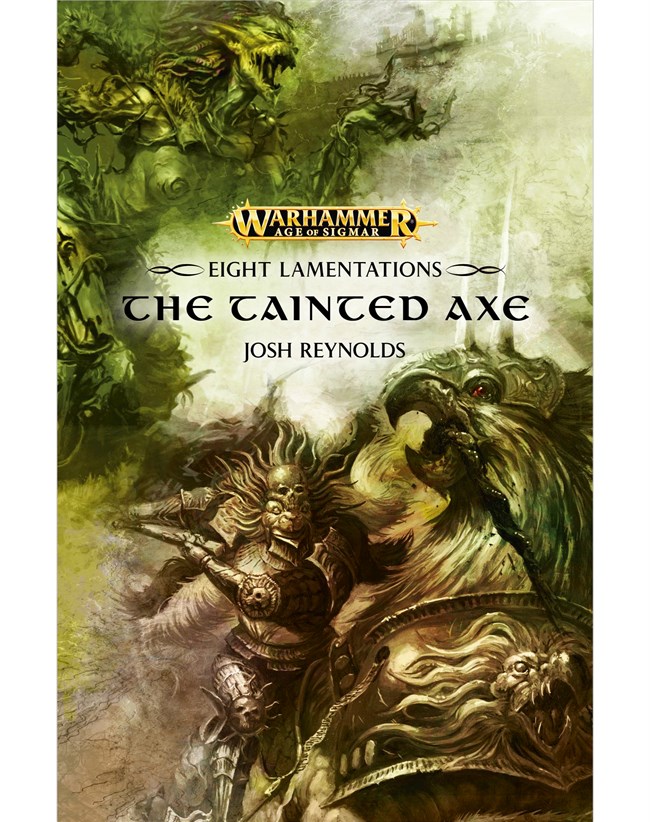 A wounded knight is tasked with a great mission: to retrieve a Chaos-tainted axe from the heart of the Writhing Weald. With corruption and darkness around him, he sets out to face his destiny.

READ IT BECAUSE
It’s a sequel to the novel Spear of Shadows, continuing the tale of Sir Roggen as he returns home for respite and finds himself drawn into another dark mission.

THE STORY
Sir Roggen of the Order of the Furrow, a knight dedicated to Alarielle herself, returns to the Realm of Life after a mission for the smith god Grungni that has left him physically and mentally scarred. Tasked with a new mission by a capricious Branchwych, he travels to the heart of the Writhing Weald, a twisted and dangerous place haunted by malign spirits, to retrieve a weapon of Chaos, wielded by a servant of the Plague God and capable of spreading corruption even abandoned and alone. And there he will face a great darkness…

You can practially hear the Theme Song.

Author: J.R. Zambrano
Bell of Lost Souls Staff Writer and DM, J.R. covers RPGs of all stripes and on occasion eats sandwiches. You can ask him about either at [email protected]
Advertisement
Age of Sigmar Black Library Games Workshop
Advertisement