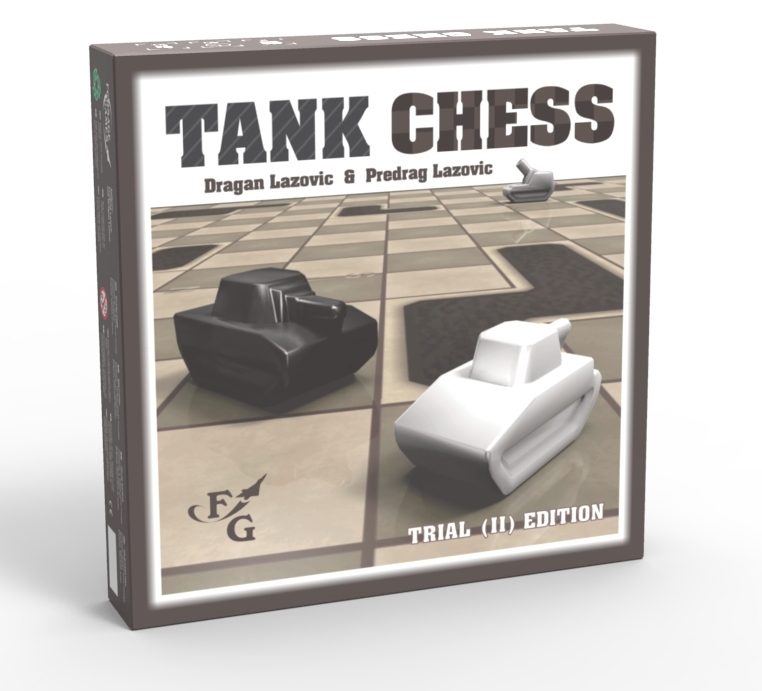 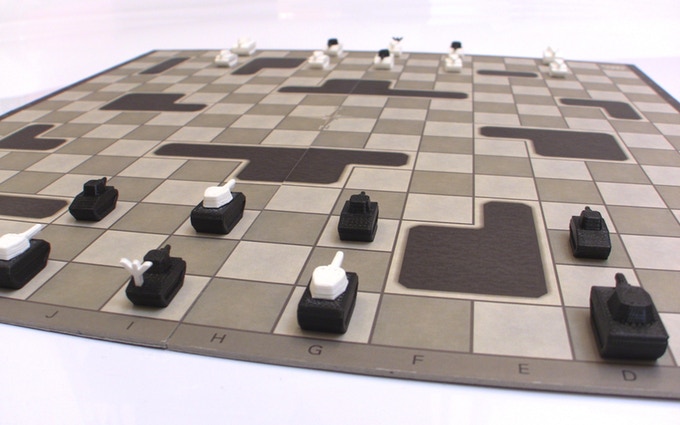 Chess is the staple for pure strategy game. But Forsage Games bravely wants to know “What if instead it was tanks?”

Tank Chess is an abstract turn-based strategy game with point-to-point movement and tanks. It’s in the same vein as many digital turn-based, grid-based tactical combat games. On each player’s turn, they choose a tank to move in a straight line. Tanks can be moved forward a number of squares based on the type of tank being moved, or backwards one square. Once a tank has moved, it may fire. A tank can fire at any non-adjacent opponent’s tank directly in front of them. If the tank has a turret, it can also fire at tanks diagonally left/forward and right/forward. 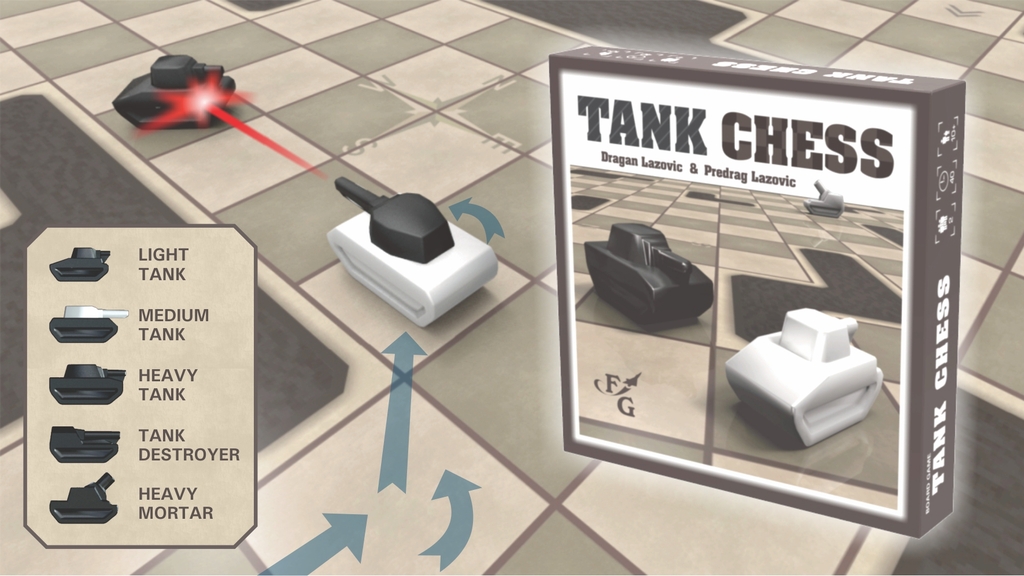 Each of the 3 tank types has an gun value and armor values for Front, Side and Rear. Tanks are destroys only if they are attacked by a weapon who’s gun value is higher than their Armor Value. Once a player has destroyed all the opponent’s tank, they are the winner. However, players can also achieve victory by running the Command Tank off the opposing side of the board. 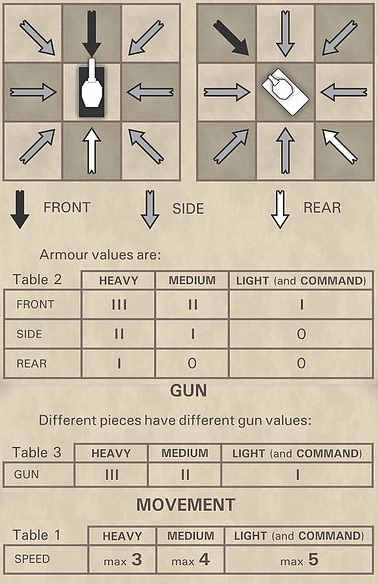 Tank Chess comes with a preset board with obstacles to block line of sight for a more dynamic combat experience. Although, the reverse side of the board is a blank slate and the box contains a variety of Tetris-like pieces so players can create their own unique battlefield.  There are no dice rolls to contend with. Only each player’s ability to strategize and plan for ideal combat maneuvers.

Tank Chess is a strategic game played on 16×16 or 20×20 square board which as a main objective has the destruction of the opponent’s Command Tank or a sneaky escape of your own Command Tank. The way to achieve this is by meticulously planning and executing the maneuvers of the rest of your forces composed of Light, Medium and Heavy Tanks, Tank Destroyers and Heavy Mortars.

The game incorporates some masterful strategic planning and decision making similar to the game of chess, but the nature of the long range engagements along with the firepower and the armour protection are the factors that have to be acknowledged in order to create a winning strategy and to achieve the ultimate goal.

You can try to castle if you want, but I have heavy mortars.

Tabletop Spotlight: When I Dream 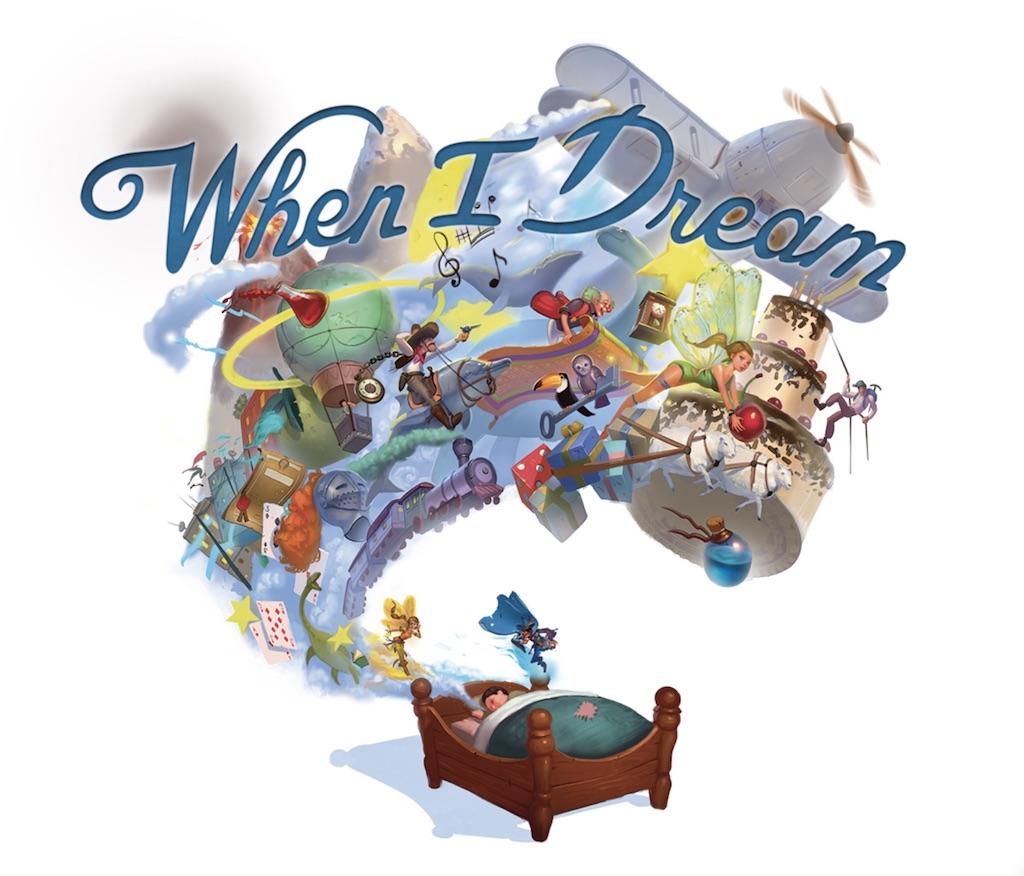