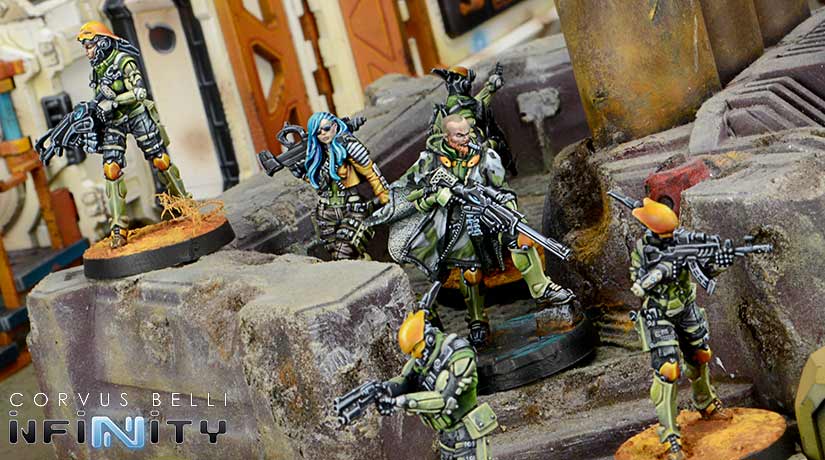 Let’s take a quick look at the latest Infinity army that was revealed over the weekend.

Infinity players got a surprise treat over the weekend: A new sectorial army appeared under the Mercenaries tab of the official list building app, along with an announcement from Corvus Belli. Mercenaries have been in the game for ages now, but never as a real faction. Most of them typically aren’t even ITS (tournament) legal, unless you play specific sectorials like Haqqislam’s Qapu Khalqi or Yu Jing’s Imperial Service. That’s about to change with the introduction of the Druze Bayram Security sectorial, the first ITS legal Mercenary army.

The backbone of this sectorial are the Druze Society, an infamous criminal organization and mercenary company known for their use of excessive violence. They also have some amazing models, and recently received a box of resculpts following their appearance in the Outrage comic earlier this year. Rounding out the army are a variety of other mercs, like Saito Togan, Armand Le Muet, Authorized Bounty Hunters, the Anaconda TAG, and Valerya Gromoz. For remotes, Bayram Security uses a mix of PanO and Haqqislam favorites, such as Peacemakers, Pathfinders, Sierras, Clippers, Fugazis, Nasmats, and Kameels. Here’s the full list of models included in the army: 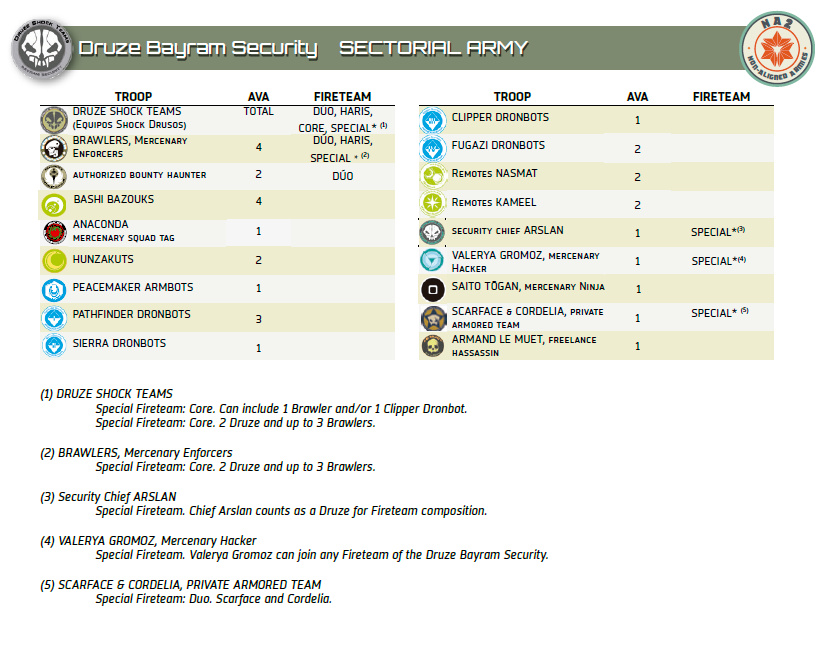 You may have noticed two new profiles in there. Security Chief Arslan is a new Druze character with slightly more elite stats than your typical Shock Team member. He comes equipped with a MSV L1, a MULTI Rifle, Light Shotgun, Viral Pistol, and Knife for 36 points and can form Duo Links or Core Links with Druze Shock Teams. He also has a lieutenant profile for the same cost.

The other new unit are the Brawlers, Mercenary Enforcers. Stat-wise they lose a point of ARM, CC, and WIP vs the Druze, but are a bit faster and a lot cheaper. Fireteam options include Duo, Haris, or up to three Brawlers in a mixed Core Link with the Druze. Their most basic profile is a Rifle+Light Shotgun, Pistol, and Knife for 16 points, and this profile is repeated in their lieutenant option for the same price. Standout profiles include a Heavy Rocket Launcher and Assault Pistol for 18/1.5, a MULTI Sniper and MSV L2 for 28/1.5, and a Haris for 17/0.5. As far as specialists go, they have access to Doctor, Engineer, and Hacker with AHD profiles. 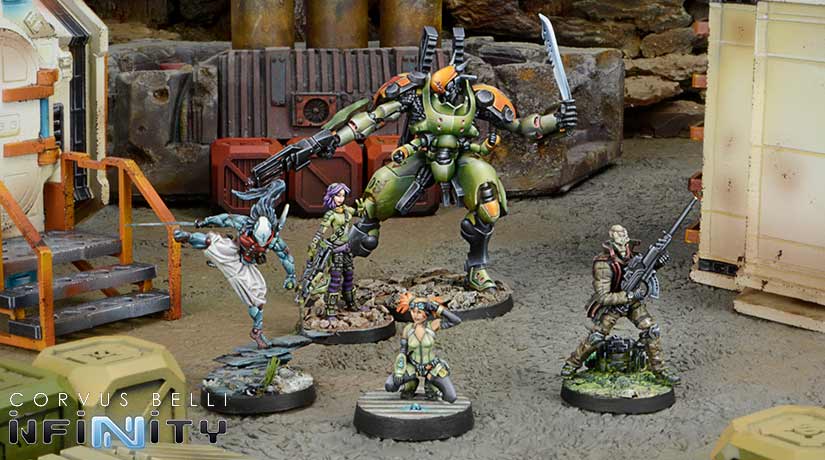 Existing profiles received a number of upgrades as well. The Druze Shock Teams gained a point of CC, the Veteran L1 and Fatality L1 skills, and new profiles. The most noticeable new loadouts are a MULTI Sniper with Mimetism for 32/1.5 and a Haris for 25/1. Other Fireteam options include Duo, a Core Link with a Brawler and/or Clipper Dronbot, and the aforementioned two Druze and up to three Brawlers Special Link. Authorized Bounty Hunters in Bayram are Regular and can form Duos. Valerya Gromoz can join any Fireteam in Bayram. Lastly, everyone’s favorite homicidal maniac and his little sister are now a Duo team, and Scarface dropped his Panzerfaust for a Heavy Rocket Launcher.

You can start building lists for the Druze Bayram Security sectorial right now in the Infinity Army app.

~Are you excited for this new sectorial army?

Adeptus Titanicus And More in AMA