New Island Survival Game Has Players Asking ‘Who Should We Eat?’ 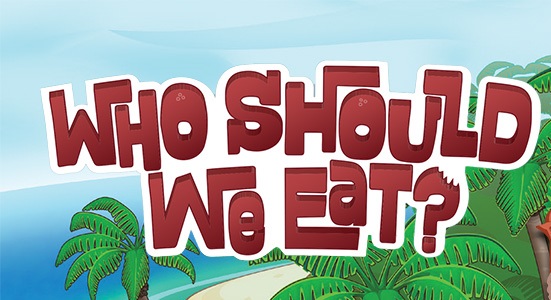 You did what you had to to survive. They were holding you back and food was scarce. But, could their spirit come back for revenge? No way….right?

Who Should We Eat? is a semi-cooperative social game with resource management, defector and card drawing mechanics. The players have crash landed on a deserted island and must survive until they can build a raft to escape. But food is scarce on the island and isolation can take a toll of the player’s minds, driving them insane. The players work together to collect enough food and resources to build a raft large enough to carry everyone back home. However, as food supply starts to run thin, the leader of the group starts a trial to determine who among the group will be eaten. Whoever is chosen can either succumb to their fate, or can attempt to ambush another player, killing them first.

As players die off, the need for food is lessened and the requirements for the raft lessen, but the survivor’s mental state weakens. But a player who is killed off won’t stay silent for long. Dead players return as ghosts to haunt the remaining survivors, attempting to drive them mad. If they didn’t survive the island, then no one will. If the living survivors manage to build a raft large enough for all surviving players, they win the game. If the survivors go insane before escaping, the ghosts win.

Who Should We Eat? puts a real spin on things. It’s sort of like a betrayer game, right? Players arguing over who to kill and attempting to point blame in other directions. But here, everyone is on the same team. Moreover, it’s only after they have been betrayed that they truly become a betrayer. Who Should We Eat? is a very clever game and I’m excited to give it a try. 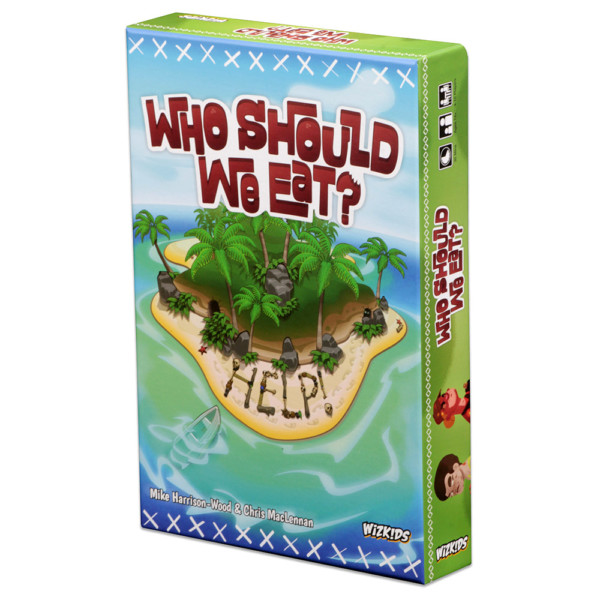 A mysterious accident causes your plane to crash onto an uncharted island…and then you resort to cannibalism way too fast.

Who Should We Eat? is a lighthearted social game about plane crash survivors trying to get off an island. The only way off is to build a raft. Players play cards to gather resources for the group – adding food, sanity, and wood for the raft. Unfortunately, food is scarce and people are edible. Trials will be held to choose the survivor to sacrifice his or her life – or sometimes a knife fight will determine the person being eaten. For the survivors, this means a loss of sanity, but it also means their raft need not be as large!

However, those that are eaten, come back as ghosts and exact revenge upon the survivors trying to keep them on the island before their sanity runs out or no one is left to build the raft.

WizKids describes this game as ‘lighthearted’. I’m skeptical that’s how it would go down in my play group.

Author: Matt Sall
Matt has loved games of all kinds his whole life: board, video, war, roleplaying. He's worked as a writer for BoLS since 2017. He's worked as freelance editor for board game rulebooks and has designed many of his own games as well.
Advertisement
Board Games Tabletop News WizKids
Advertisement

Outside the Box - December 1st