Delve into Eldritch Dungeons with this new book from Kobold Press.

Kobold Press has a knack for the arcane and ominous. I’d you’ve seen their Tome of Beasts or Demon Cults and Secret Societies books, you know exactly what I mean. They’re a D&D/Pathfinder Powerhouse, and their books add a ton to whatever system you happen to be playing.

Eldritch Lairs, as the name suggests, is a collection of Eldritch Lairs, but it’s more than that. It’s also four adventures that run from 4th to 8th level characters. These are some high fantasy type adventures that call to mind feats of daring the likes of which Howard or Burroughs’ heroes might aspire to. So if that sounds up your allay, check these adventures out. 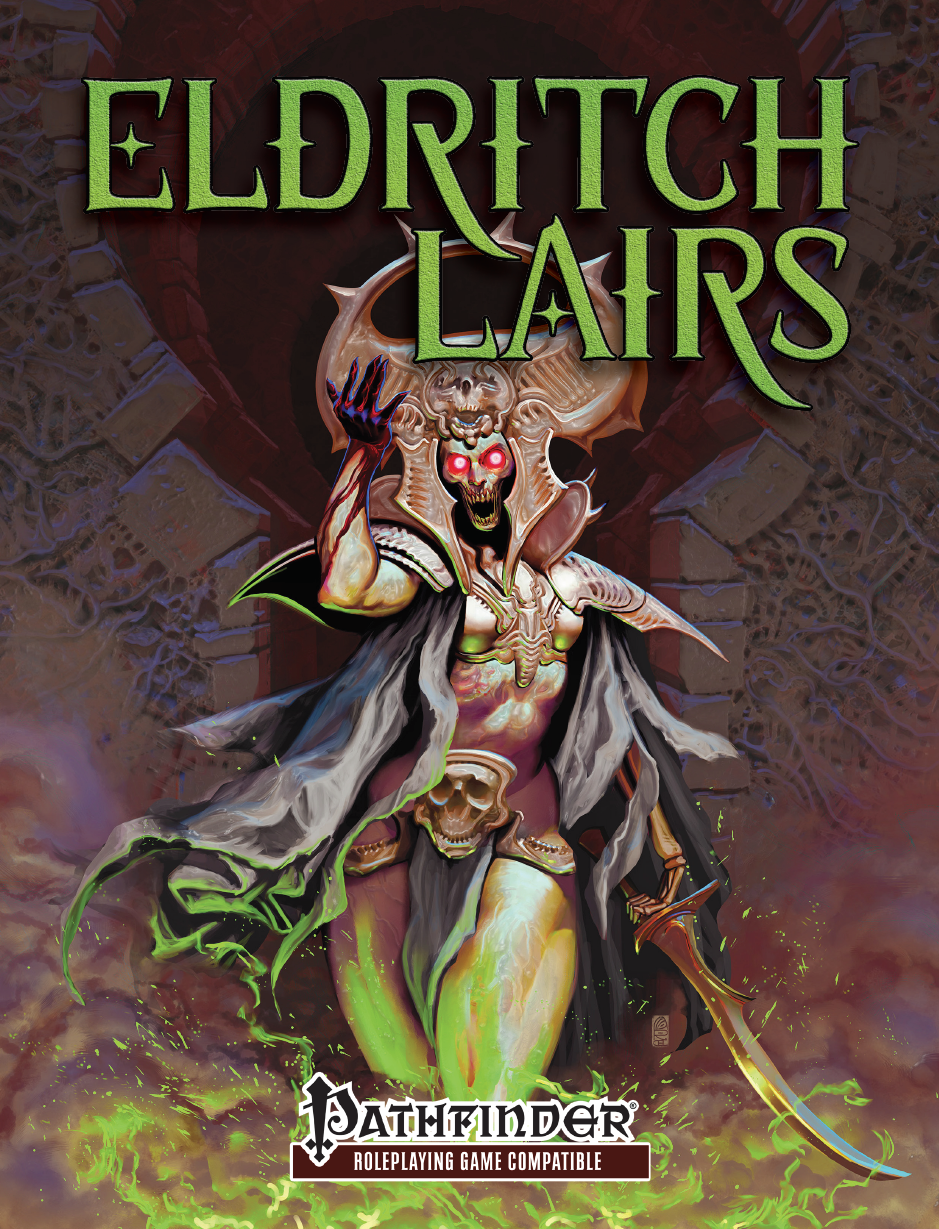 Who wouldn’t want to know how to better craft an arcane antagonist’s arch-headquarters?

Author: J.R. Zambrano
Bell of Lost Souls Staff Writer and DM, J.R. covers RPGs of all stripes and on occasion eats sandwiches. You can ask him about either at [email protected]
Advertisement
Kobold Press Paizo Pathfinder RPGs Tabletop News
Advertisement